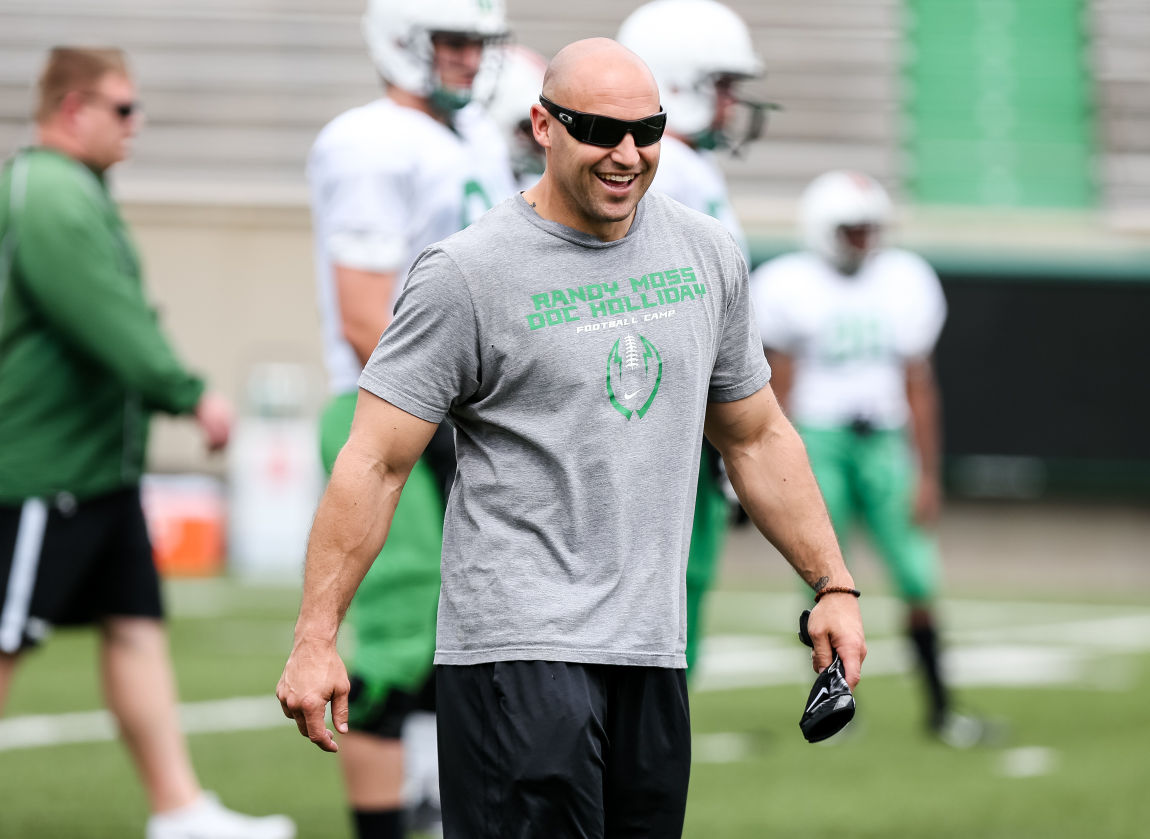 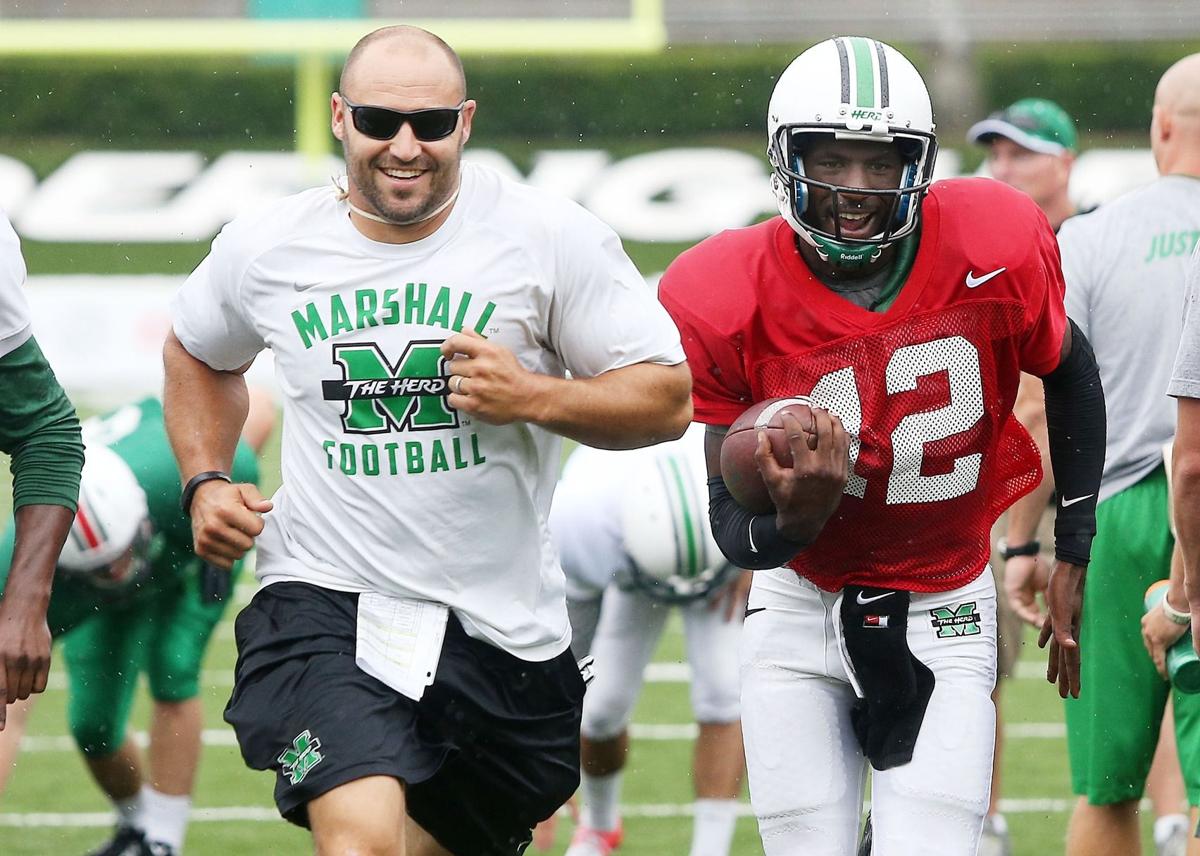 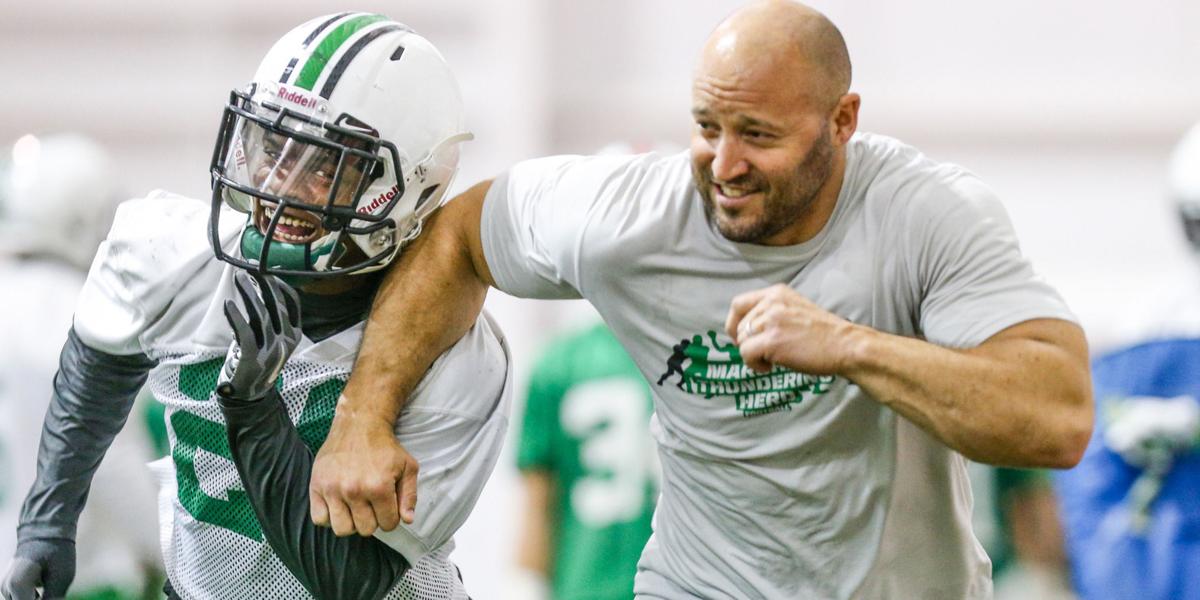 HUNTINGTON – Marshall wide receivers coach Mike Furrey has resigned his position with the Herd to take a head coaching job at Limestone College.

Furrey will be announced as the Saints’ new head coach at an 11 a.m. press conference on Wednesday morning.

It will be the second head coaching position of Furrey’s career. Prior to arriving at Marshall, Furrey was the head coach of Kentucky Christian University in Grayson, Ky.

Furrey had been with the Herd staff since March 2013 and, under his guidance, Herd receivers had seen lots of success.

In 2015, slot receiver Deandre Reaves emerged from a backup role to gain the program’s Most Valuable Player award after a season in which he caught 56 passes for 705 yards while also finishing ranked in the top-10 nationally in kick returns and punt returns.

Prior to Reaves’ emergence, Furrey coached Tommy Shuler, who currently holds the all-time Marshall and Conference USA record for career receptions with 322.

With Shuler back in 2014, Furrey not only had one of Conference USA’s top receivers, but also worked to have a more rounded nucleus surrounding Shuler. The Herd’s freshman crop of receivers finished tied with Oregon for the most touchdown receptions nationally (17) while placing second in FBS in receiving yards (1,776).

In addition with the on-field success that Furrey helped produce, he quickly became a fan favorite for his work done within the Huntington community. Furrey and his wife, Koren, helped spearhead the “Baskets of Hope” project.

The “Baskets of Hope” included games, toys and fun items for kids who were staying in the Hoops Family Children’s Hospital at Cabell Huntington Hospital. They were delivered by Marshall’s football players, who visited those sick children each Friday during the season.

Prior to coming to Marshall, Furrey was named the head coach at Kentucky Christian — a position he had for two seasons.

At Limestone College, Furrey inherits a program that went 2-8 in 2015 while playing in NCAA Division II’s Conference Carolinas.

Limestone College is located in Gaffney, S.C., which is the same hometown as current Marshall running back Hyleck Foster.

The conference is made up of teams in North Carolina and South Carolina, an area which Furrey was in charge of recruiting while with the Herd.

Prior to getting into coaching, Furrey was an eight-year veteran in the NFL as a wide receiver and a defensive back with the St. Louis Rams, Detroit Lions, Cleveland Browns and Washington Redskins.

Furrey was also a 2009 finalist for the Walter Payton Man of the Year award, given to honor the charity work and volunteerism of NFL players. Furrey was a three-time nominee for the award from 2007-09.