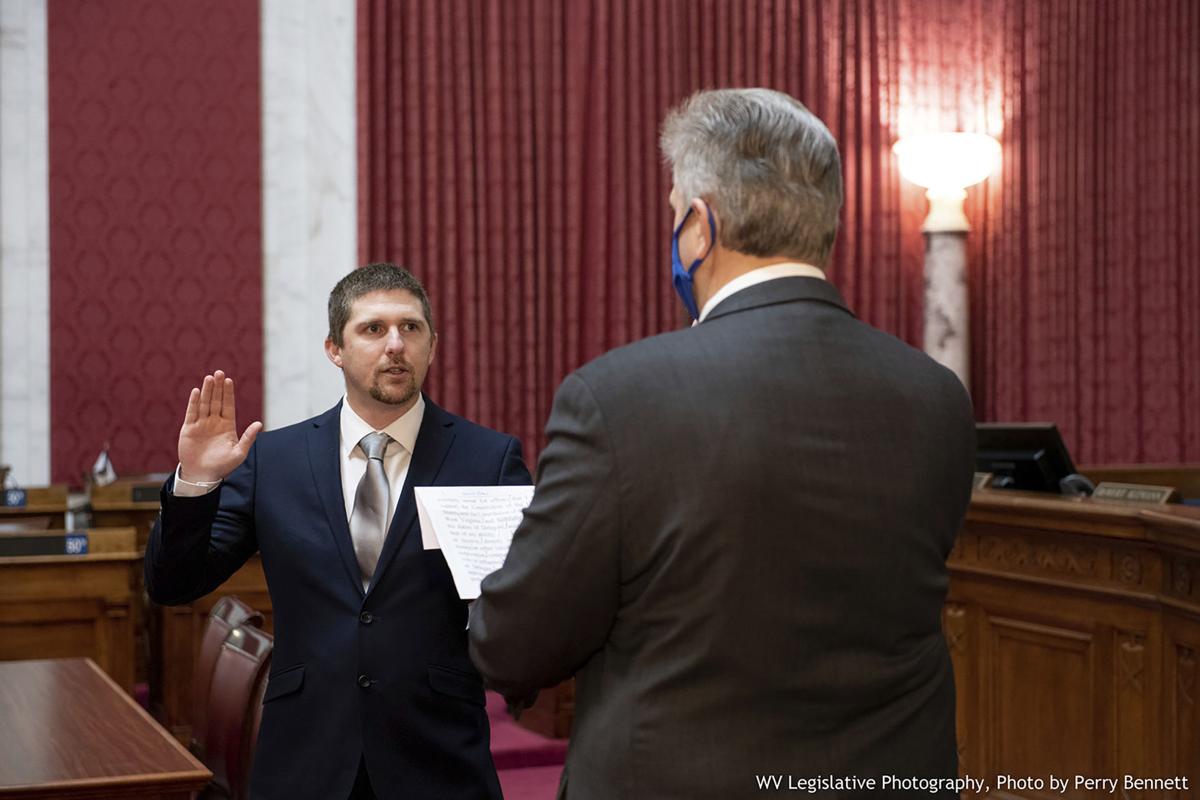 West Virginia House of Delegates member Derrick Evans, left, is given the oath of office Dec. 14, 2020, in the House chamber at the state Capitol in Charleston. Evans recorded video of himself and fellow supporters of President Donald Trump storming the U.S. Capitol in Washington, D.C., on Wednesday, Jan. 6, 2021, prompting calls for his resignation and thousands of signatures on an online petition advocating his removal. 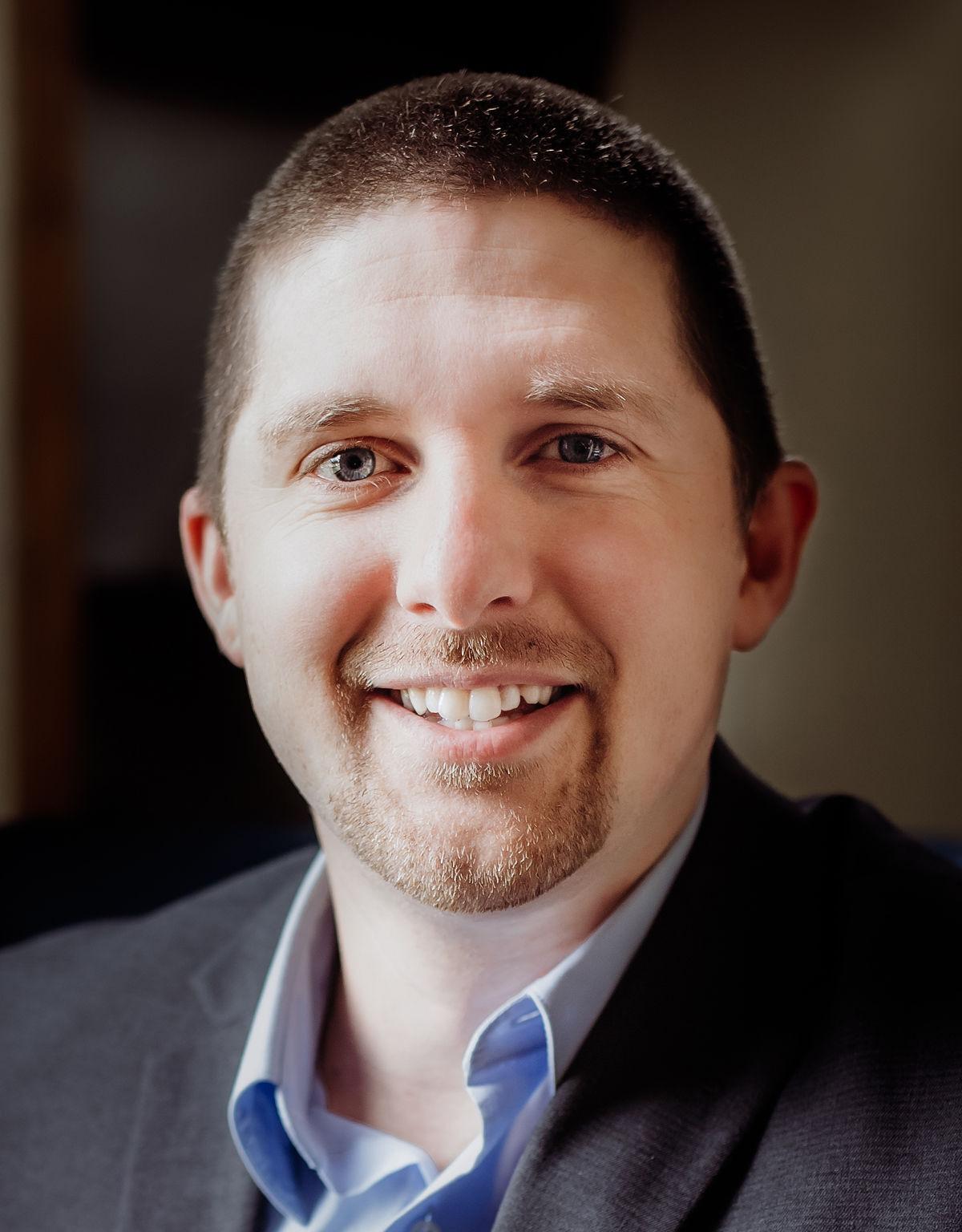 CHARLESTON — A West Virginia lawmaker recorded video of himself and fellow supporters of President Donald Trump storming the U.S. Capitol on Wednesday, triggering calls for his resignation.

In the video by Republican Del. Derrick Evans, later deleted from his social media page, he is shown wearing a helmet and clamoring at the door to breach in after Congress met for an expected vote to affirm Democrat Joe Biden’s election victory.

“We’re in! Keep it moving, baby!” he said in a packed doorway amid Trump followers holding flags and complaining of being pepper sprayed. Once inside, Evans could be seen on video milling around the Capitol Rotunda, where historical paintings depict the republic’s founding, and yelled “no vandalizing.”

More than 3,000 people have signed an online petition calling for him to be removed from office.

The speaker of the state House of Delegates, Roger Hanshaw, said Evans will need to “answer to his constituents and colleagues regarding his involvement in what has occurred today.”

A House spokesman, Jared Hunt, told The Associated Press that Hanshaw is still “gathering as much information possible about what has happened, and will evaluate all the potential consequences once the totality of the situation is understood.” Hanshaw had said in his statement he hadn’t spoken to Evans yet.

“While free speech and peaceful protests are a core value of American society, storming government buildings and participating in a violent intentional disruption of one of our nation’s most fundamental political institutions is a crime that should be prosecuted to the fullest extent of the law,” Hanshaw said.

Democratic leaders said Evans “should immediately resign” and “be prosecuted to the fullest extent of the law” for being part of a violent mob.

“He must be held accountable for participating in an act of insurrection against the United States government and risking the lives of lawmakers and Capitol police,” Belinda Biafore, chair of the West Virginia Democratic party, and Rod Snyder, vice chair, said in a joint statement.

Evans was elected in November to a first term to represent Wayne County. He said in a statement later on Facebook that he was heading back to West Virginia and “was simply there as an independent member of the media to film history.”

Evans was among thousands of Trump supporters who traveled to the nation’s capital to protest the results of the Electoral College on Tuesday and Wednesday. Their anger over baseless claims of fraud in the presidential race led to hundreds storming and occupying the Capitol building, interrupting the expected vote to certify Biden’s victory.

In the lead-up to Congress certifying the Electoral College vote, the West Virginia GOP on Twitter amplified falsehoods that Biden didn’t win the election. After the attack on the Capitol, the party’s account retweeted a video from Trump where he told his “very special” supporters to go home.

Trump said “we have to have peace,” but not without repeating baseless claims the election was stolen.