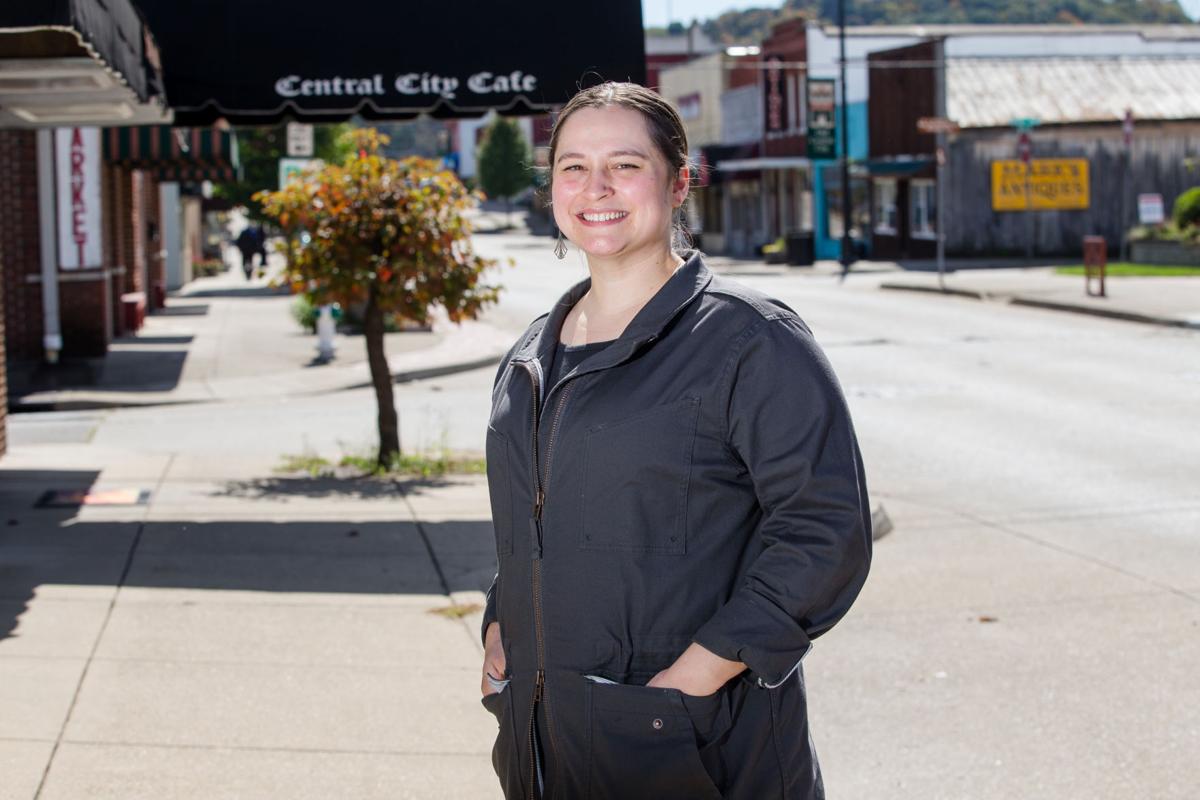 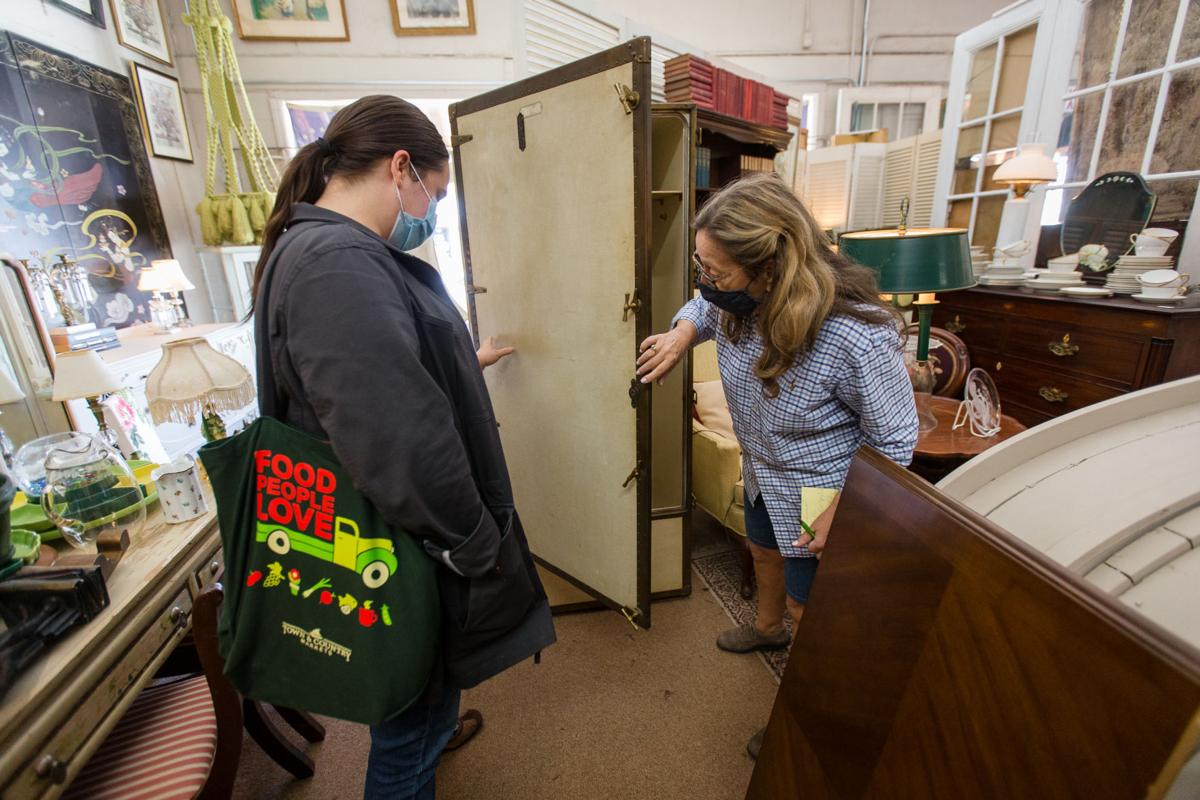 Lauren Kemp, RenewAll Inc. executive director, left, talks with Joanna Sexton of Hattie and Nan's as they look at a new item to the store on Wednesday, Oct. 14, 2020, in Huntington. 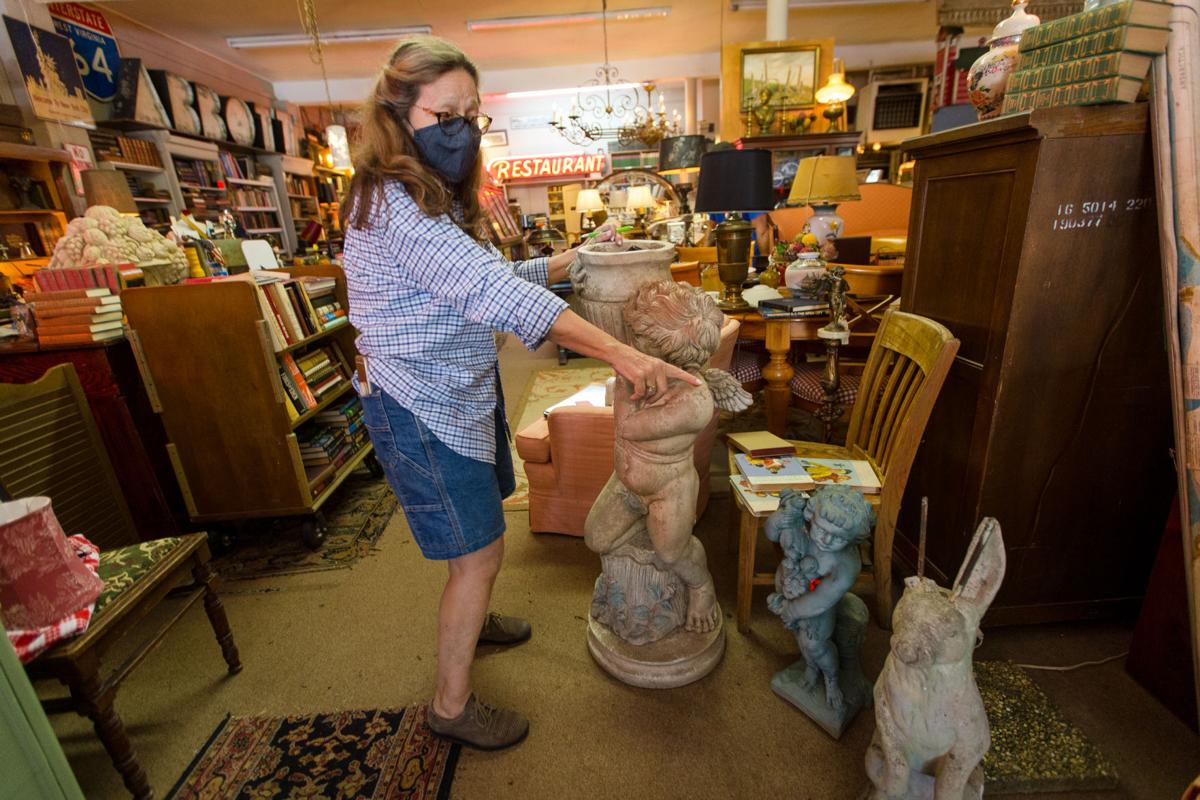 Joanna Sexton of Hattie and Nan's points out a few items sitting around her store on Wednesday, Oct. 14, 2020, in Huntington. 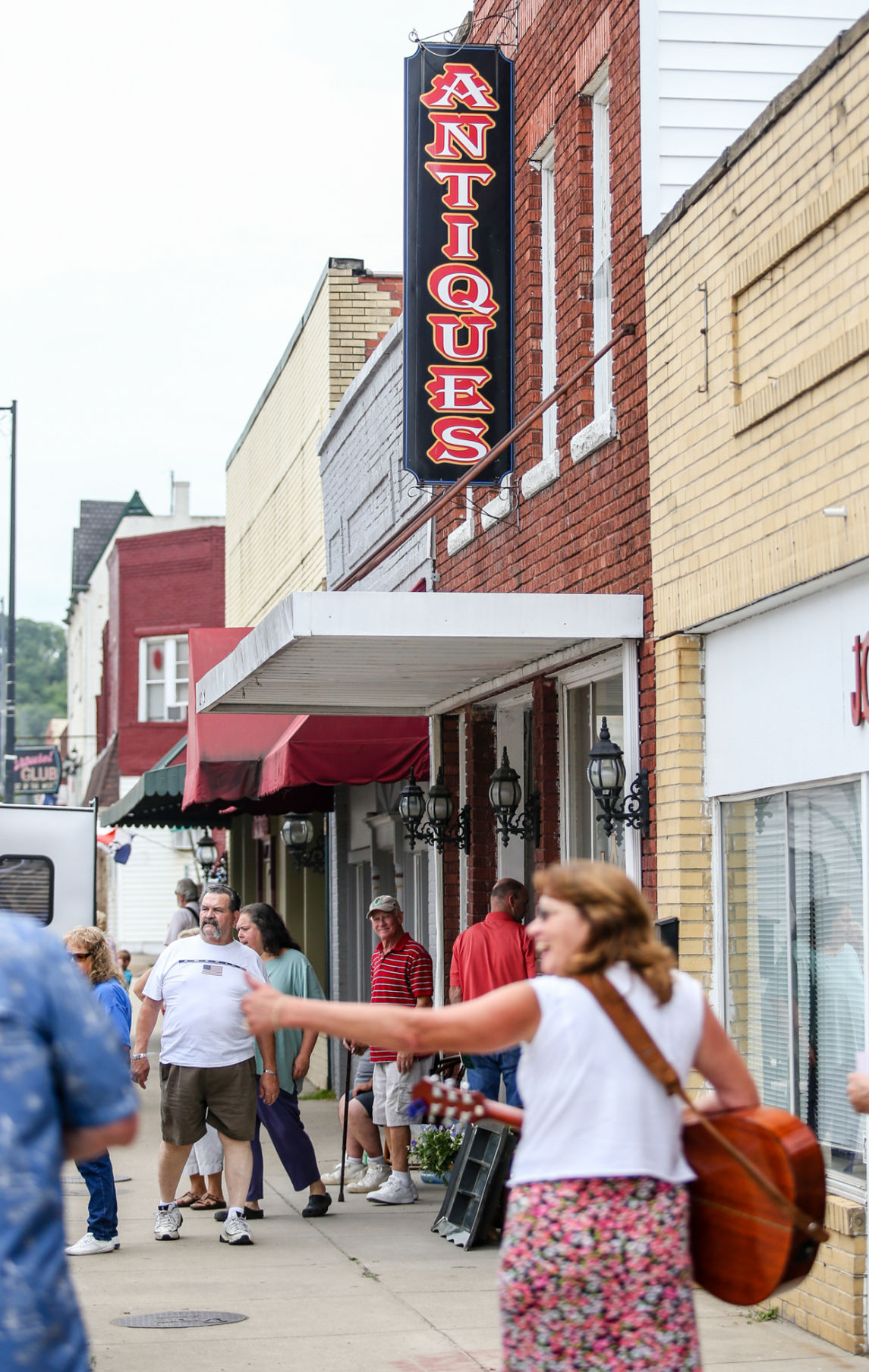 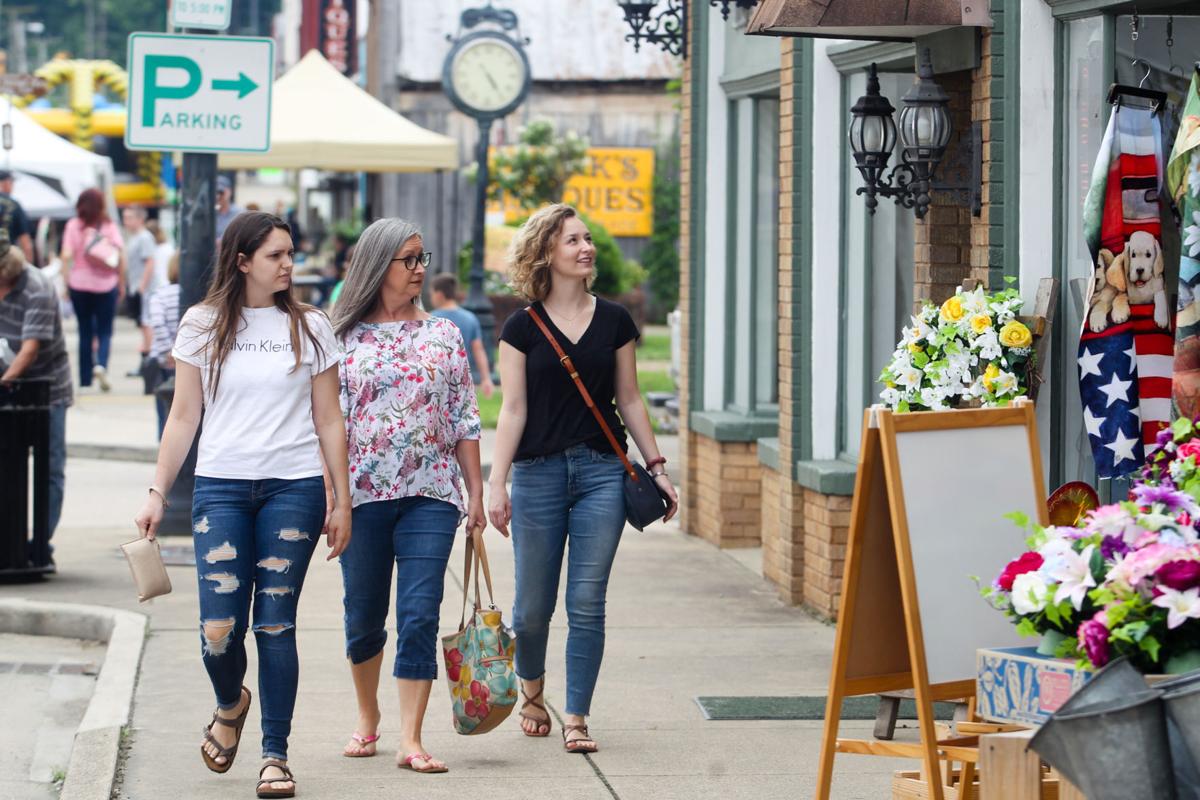 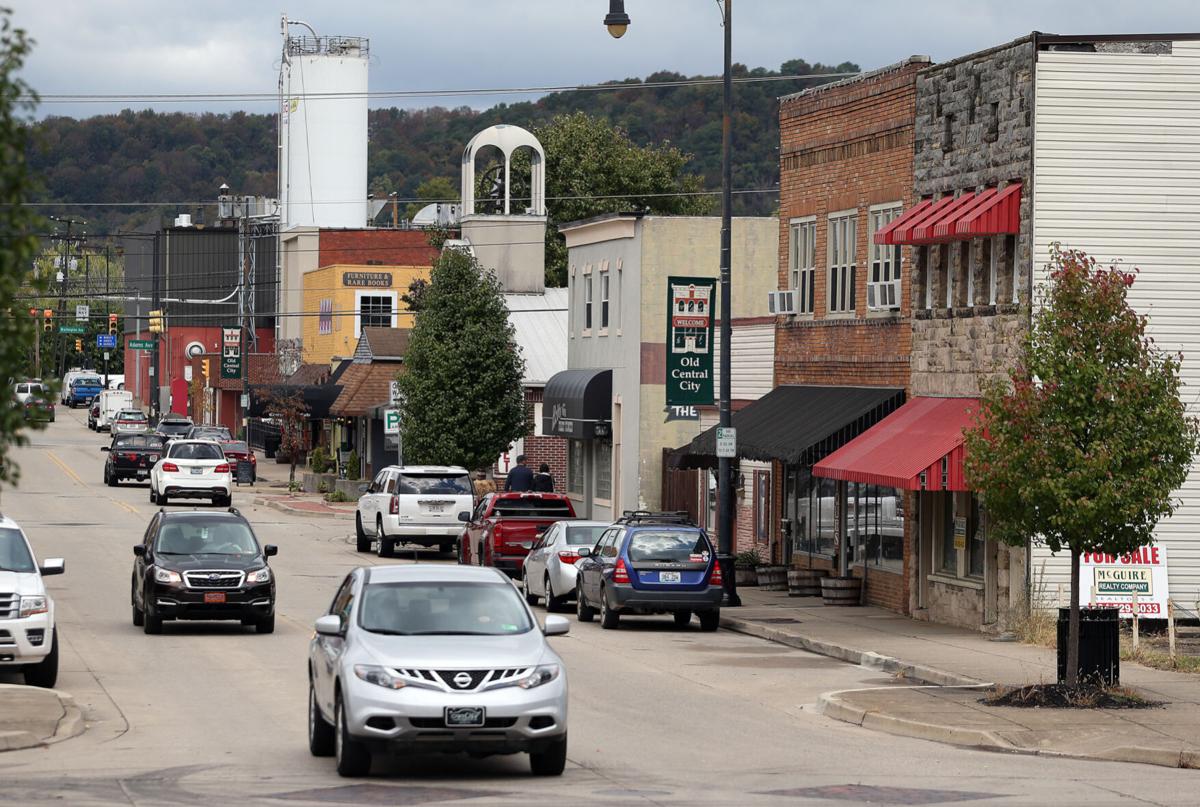 Old Central City Association announced that as a member of the American Express Neighborhood Champion Program, 14th Street West shops will offer a variety of sales to promote local buying for holiday gifts as part of the 11th annual Small Business Saturday, which takes place Nov. 28 this year.

Lauren Kemp, RenewAll Inc. executive director, left, talks with Joanna Sexton of Hattie and Nan's as they look at a new item to the store on Wednesday, Oct. 14, 2020, in Huntington.

Joanna Sexton of Hattie and Nan's points out a few items sitting around her store on Wednesday, Oct. 14, 2020, in Huntington.

Old Central City Association announced that as a member of the American Express Neighborhood Champion Program, 14th Street West shops will offer a variety of sales to promote local buying for holiday gifts as part of the 11th annual Small Business Saturday, which takes place Nov. 28 this year.

HUNTINGTON — A new vision and master plan for 14th Street West to create a triangle of Appalachian culture, innovation and history to complement the more modern downtown has been released by the city of Huntington.

Lauren Kemp is the executive director of a new nonprofit organization called RenewAll Inc. that was created to coordinate the implementation of this long-term plan.

“The District Plan for 14STW and RenewAll Inc. are following a ‘Main Street America’ approach to community transformation by focusing on the place, a shared sense of identity, and an inclusive economy,” Kemp said. “We recognize that the three themes of identity, place and economy are interdependent. In order to build an economy, we will use our location, story, and destination activities and businesses. Reinvention is the foundation of the identity of 14th Street West. This means that we as a community of businesses and residents have the power to shape the future of the district.”

Kemp says RenewAll Inc. grew out of partnerships that were founded in the River to Rail Initiative and Huntington Innovation Plan/America’s Best Community.

“The mission is to lead the movement to strengthen the neighborhood commercial district known as Central City through preserving history, promoting heritage tourism, and welcoming new businesses and economic opportunities,” she said.

“I am deeply indebted to the history of 14th Street West and the West End,” Perry said. “My parents both grew up on the West End attending Monroe Elementary. My mother was a member of the Madison Avenue Christian Church and worked at her parents’ business, Mylars License Service, on 14th Street West. My father was a member of the 7th Avenue Baptist Church and credits the West End for being the location of over 75% of the now Smithsonian-affiliated collection at Heritage Farm.”

Perry said work on the plan has already begun.

“At present, we are working with a host of others to shepherd the exciting future of this district by building upon its amazing past,” he said. “We are partnering with Earl and Sarah Bush to create a Central City Museum by sharing their amazing collection with the public on 14th Street West. What existed on that one street in the early 1900s is truly remarkable and forms the foundation of what it can become again, a thriving heartbeat for its surrounding communities. Off of that one little street was a saw mill, a brewery, a glass factory, a stockyard, a bakery, a bank, a custom framer, multiple theaters, restaurants, furniture stores, pharmacies, hardware stores and grocery stores with many of these historical buildings still intact. With such a rich history and a vibrant core of supporters today, we are excited about its future. As the only flat land visible from the interstate in all of Huntington, the West End is poised to welcome visitors from all over the world to a resurgence of new in the land of old.”

Kemp says the creation of RenewAll Inc. brings a new staff dedicated to revitalization and redevelopment in 14 Street West area.

“The creation of an organization with staff is what differs from previous efforts,” she said. “However, it would have never come about without the dedication of volunteers and many years of hard work that residents and business owners have already invested. Our goal is to expand on the Antiques District and bring positive change to the neighborhood. “

Kemp says the Antiques District was the first reinvention of the industrial area known as Central City from 1892 to 1909.

Kemp added that more about the history can be found on the Clio, where a walking tour of the industries in Central City has been put together by a student from Marshall University’s History Department at https://www.theclio.com/tour/893.

“New development, like KineticPark, clears land and adds new buildings based on what a business wants to build,” Kemp explained. “Redevelopment must work within the infrastructure and context of a neighborhood. This is why the history of Central City, the attractions of the Antiques District, the innovations of West Edge, and the Appalachian story represented at Heritage Farm must all come together to create a package. Each layer of story and activity amplifies the other and creates interest in the destination overall. The District Plan for 14STW presents strategies and principles to guide redevelopment to honor the history and neighborhood context while setting goals for the next five to 15 years.”

The new plan was part of the vision in the city’s America’s Best Communities plan from 2017. In fact, the Foundation for the Tri-State Community, which maintains the prize money from the competition, provided the local match for the National Endowment for the Arts’ Our Town grant program that produced the plan.

“Fourteenth Street West has always hosted a vibrant, local community of entrepreneurs and makers that has done well to attract visitors,” said Huntington Mayor Steve Williams. “This new plan that they have assembled through the National Endowment for the Arts’ Our Town grant program gives them and the surrounding a neighborhoods a laser focus to achieve an even greater market of opportunity as well as connect with other key assets in the area, such as Heritage Farm Museum and Village, West Edge and the Huntington Museum of Art.”

“Central City used to extend out Harvey Road — not a lot of people know that,” Kemp said. “Central City was only a town for about 10 years. It was a little frontier. The crosswalk used to be a big railroad that went east-west. The city redeveloped this in the late ’80s, early ’90s. That gave us the opportunity to build the farmers market. We are just trying to build off the good that has happened here.”

Kemp says partnerships will be built around the fact that Old Central City and 14th Street West is a great area for visitors who are new to the city to check out.

“It’s up and coming and interesting, and we hope people see that and want to join in with us,” she said. “There are still spaces down here for rent, and we want to see that as opportunity.”

Kemp said introducing art, such as a gallery, or an upholstery store and another restaurant would invigorate the area.

To that end, there is now a space in the farmers’ market at The Wild Ramp for residents to share what they want to see in the area.

Joanna Sexton at Hattie and Nan’s on 14th Street West says she thinks the district is heading in the right direction.

“I opened my shop here in 1995, and 14th Street West has always had wonderful, unique individuals and businesses that are very creative and independent,” Sexton said. “While each is unique, we all come together to do inspirational things for the street and the town. Even the antique district is a bunch of entrepreneurs getting together for a similar purpose. This has always been about what people can do. You can come, do what you do and be a little different. That’s our strength. I think this plan has us going in the right direction. It will open up this historic area to so many more people and help us to redevelop more than ever before.”