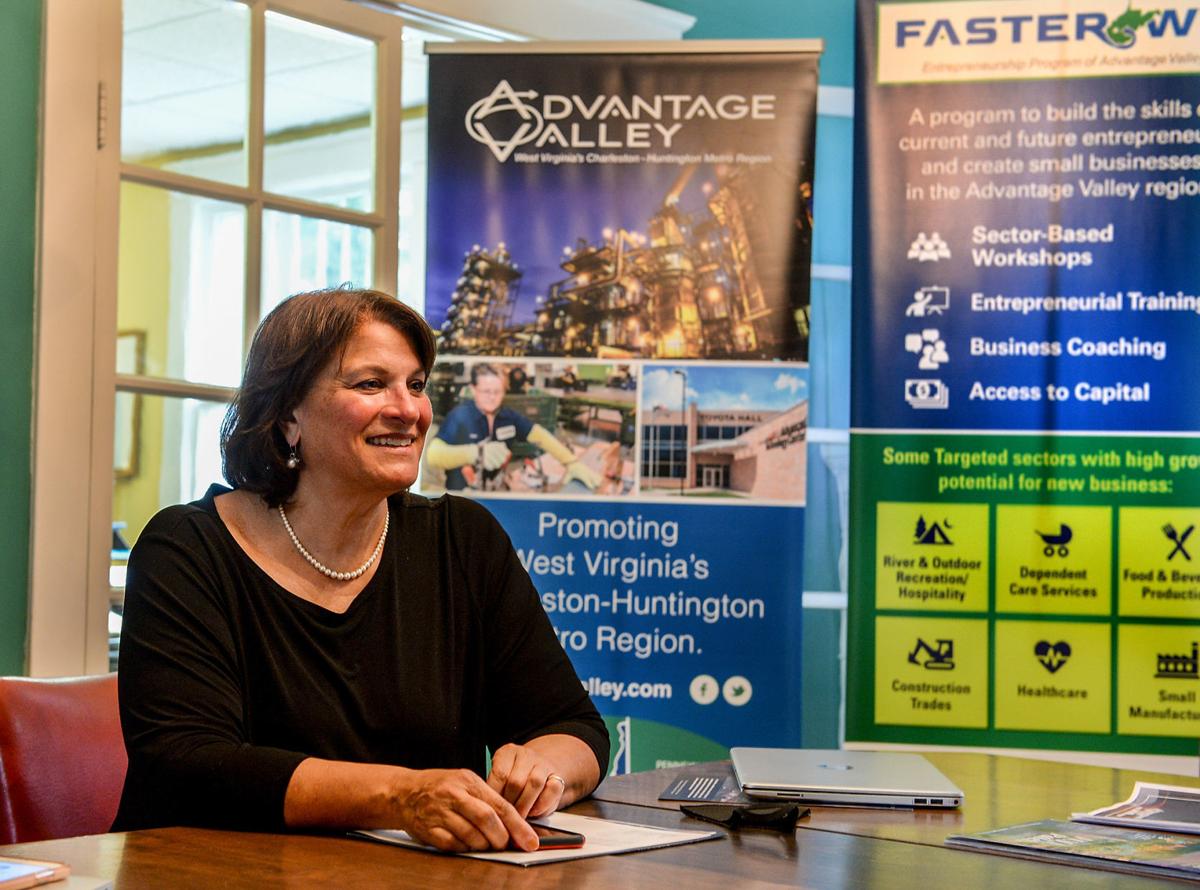 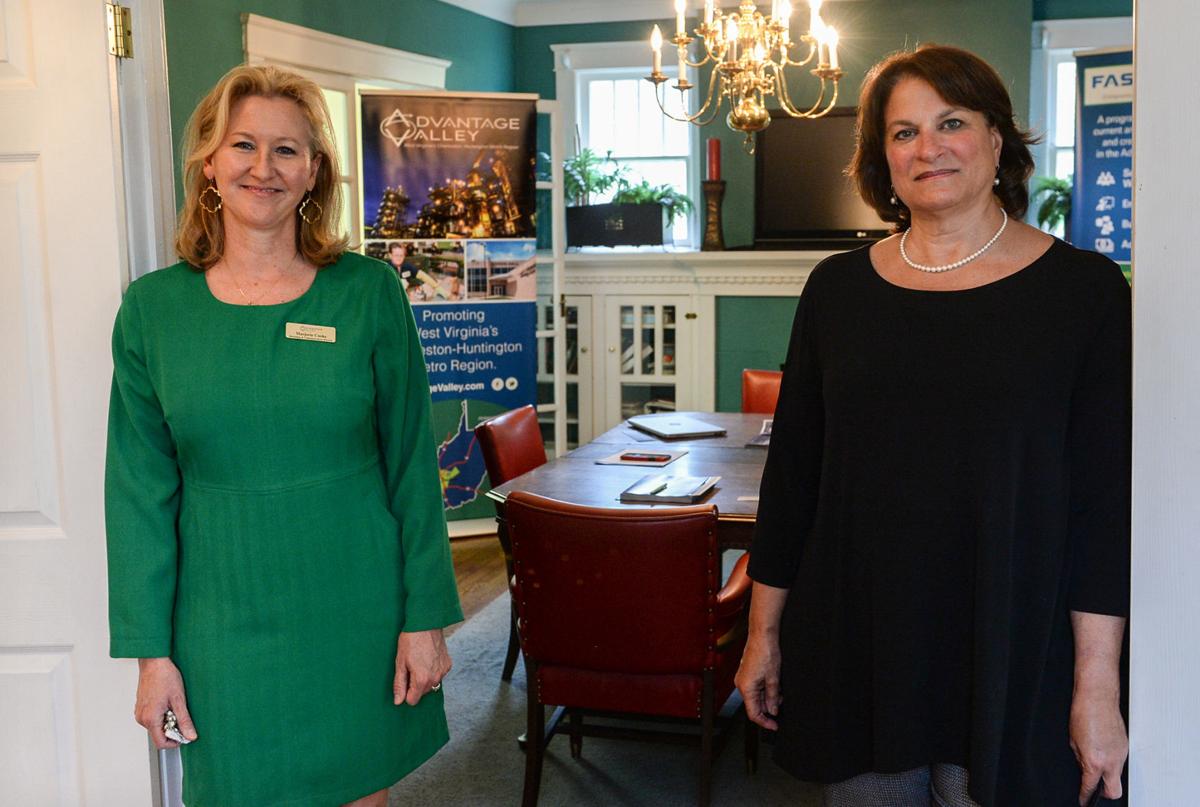 CHARLESTON — Recent talk of combining metropolitan statistical areas (MSA) in southern West Virginia sounds like a good idea, but from a practical standpoint it’s a lot different, according to Terrell Ellis, executive director of Advantage Valley.

“The United States Office of Management and Budget (OMB) and the U.S. Census Bureau control MSA designations,” said Terrell Ellis, executive director of Advantage Valley in Charleston. “I think some people think you can just call up our congressional delegation and try to make that happen. But in our research it was made clear to us that OMB will not take into consideration local preferences and local requests. In fact, they changed their regulations in the past decade to prohibit local comment from coming into play in regard to MSA consolidation.”

Ellis said as she understands it OMB looks at the relationship between the most populated counties being considered for a merger and look at the commuting patterns for employment.

“Those patterns have to meet a certain statistical threshold in order for the merger of the MSAs to occur,” she explained, “and apparently we don’t meet the threshold. So given that we don’t meet the threshold and the federal regulations make it abundantly clear that you cannot influence that process, we probably are left in the situation we are in now, which is not a merger. However, we can show up as combined statistical areas.”

Ellis says while there may not be an MSA designation that puts the Charleston and Huntington areas in the top 100, Advantage Valley is providing real results behind the idea of regional cooperation.

“We find that from the perspective of the economic development organizations that work in the Advantage Valley region we have tremendous cooperation,” she said.

“When you are trying to market Boone County, Jackson County or even Kanawha County and you’re talking about the assets you have in one particular county that just doesn’t compared to the assets we can talk about as a region,” Ellis said.

“Some people may perceive that we are duplicating work that is being done on a county level, and we do not,” Ellis said. “We basically fill the gaps that are not being filled at a county level.”

One of those gaps, according to Ellis, is marketing.

“The local organizations do not have the marketing resources to be able to market effectively, so we have been able to put together anywhere from $50,000 to $75,000 a year for marketing, which doesn’t compare to the marketing that is happening in other states,” Ellis said.

Ellis says Advantage Valley was formed in the late 1990s to do just marketing, but today it has evolved to do many other things.

“We found out, and this goes our operating principles of filling gaps, in addition to our local organizations not having marketing money, we discovered it’s easier to get federal funding when I can say I am working with nine counties with 600,000 people and this program is going to impact on those people as opposed to one community trying to get funding. That became a really valuable role that we’ve started to play in the last four to five years, especially with the Appalachian Regional Commission putting money into coal-impacted communities through its POWER grant program. With the ARC you have to show regional impact or they won’t fund you.”

Ellis said cooperation with the local economic development groups has been exceptional.

“They see that what we do is bring resources into the region and we help build their capacity to do work,” she said. “The best example of that is the work we do through our business retention program.”

Ellis says business retention and growth is paramount to a strong local economy.

“We partner with the Robert C. Byrd Institute in a federal grant program to do business retention,” Ellis explained. “The whole premise was that when the coal industry started to decline our small manufacturing that were in the supply chain were losing their customers and we needed to do something to help them. We got funding from federal EDA, ARC and the Benedum Foundation to put three business retention representatives in this region. Rather than us hiring and managing those people and creating a whole infrastructure of staff we decided to sub-award that money to HADCO (Huntington Area Development Council), the Putnam County Development Authority and the Charleston Area Alliance and let them hire them. This helps them build the capacity of their organizations to do the work at a local level.”

“We facilitated 379 one-on-one five-minute meetings between large prime companies in West Virginia and smaller vendors seeking to do business with them,” said Marjorie Cooke, Advantage Valley’s director of marketing and communications. “We adapted to the COVID situation and offered expos virtually, still providing a way to facilitate relationship building and resulting in multi-million dollar new contracts with small West Virginia businesses.”

Todd Shell, president of Huntington Drum & Containers, talked about the benefits to his company in a video promoting the program.

“Having the ability to go in and meet 10 of the 12 largest corporations in the region as a small company is just an amazing,” he said. “The program they have put together is super-efficient, saves time, saves money and saves effort.”

Ellis says the grant is expiring soon, but Advantage Valley has applied for another one to keep that program going.

Over a three-year period, the program has improved 341 businesses, facilitated 148 new jobs, retained 258 jobs and new private investment of $6.8 million, according to Ellis.

“We are trying to stabilize and help many stay in business, but we have also helped find markets for them,” she said. “These are primarily manufacturers in Kanawha, Cabell, Putnam and Wayne counties. This is work we do that we could not do without our local partners. So what we have done is bring money in, redistribute it to them, build their capacity to do really good work at the local level and help grow and retain jobs.”

Advantage Valley’s marketing work starts with a process of identifying leads with companies that are growing that could be potentially be looking for additional locations.

“We are putting out video ads, image ads, Google search ads with those same themes,” she said. “We’ve even shared ads with regard to how well the state is doing in regards to COVID vaccinations. It’s another selling point to be able to say, ‘Look how good our government is handling this COVID vaccination rollout.’ At one point it said best in the country and then at one point it said leading in the world. We took that and literally put dollars into ads for one of the three buckets or our work.”

Cooke says Advantage Valley’s regional ads have been seen by 985,000 people around the world.

In 2021, Advantage Valley is planning to spend $50,000 between this marketing and remote worker attraction.

This past Wednesday, Advantage Valley launched its landing page and advertising for the region as a place to consider for a remote worker, Ellis added. “Here is another example of us filling a gap. Charleston will have a remote worker campaign; I think Huntington is doing the same. So what we are doing is amplifying their message. It’s just like having an extra PR firm helping to promote your message, but we are promoting the regional message.”

“We focus on promoting this region as one unified area, and we have a lot of assets to promote,” Ellis said. “We can talk about several universities and community colleges; we can talk about two airports and four interstate highway systems. We present ourselves in a way that is much more significant to the rest of the country and the rest of the world when we market ourselves in this regard.”

“We went after a POWER grant from the ARC called Faster WV,” Ellis said. “So between the ARC grant and the Benedum Foundation we got a little over $1 million for a three-year initiative to support entrepreneurship in the region.”

“These are the sectors we believe have great opportunities,” she said. “We provide a business coach, an entrepreneurial training course and a loan fund. There has never been a dedicated loan funds for businesses that are starting up in this region. It’s a small fund, about a half a million dollars, but we are growing the fund.”

“Now we are aggressively promoting entrepreneurship and we have a webinar about every month on one of these different sectors talking about the business opportunity is, what the Faster WV program is, who are all the other partners in the region that can help you with your business,” she said. “If we are not anything else, we are probably the most collaborative organization you will find. We know that nothing can be done if we don’t have a number of organizations working together to revitalize this economy here.”

Ellis says when people talk about the need to act regionally and cooperatively she gets very excited.

“While we can’t in a practical sense merge our MSAs, we very clearly are working toward a very cohesive set of actions for our region,” she said. “Is everybody on board with it? I would say no, we don’t have everybody on board that we would like to have on board in terms of all our communities and decision makers, but I do think the business community understands it because they don’t look at political boundaries. They look at what are the resources within a 50-mile radius of where I’m trying to locate. Our economic development organizations get it. I think more and more people, as they see the results we are getting understand the value of it. I was thrilled both Huntington and Charleston chambers of commerce spoke in support of regional cooperation. I think that goes a long way in elevating the conversation of regionalism.”