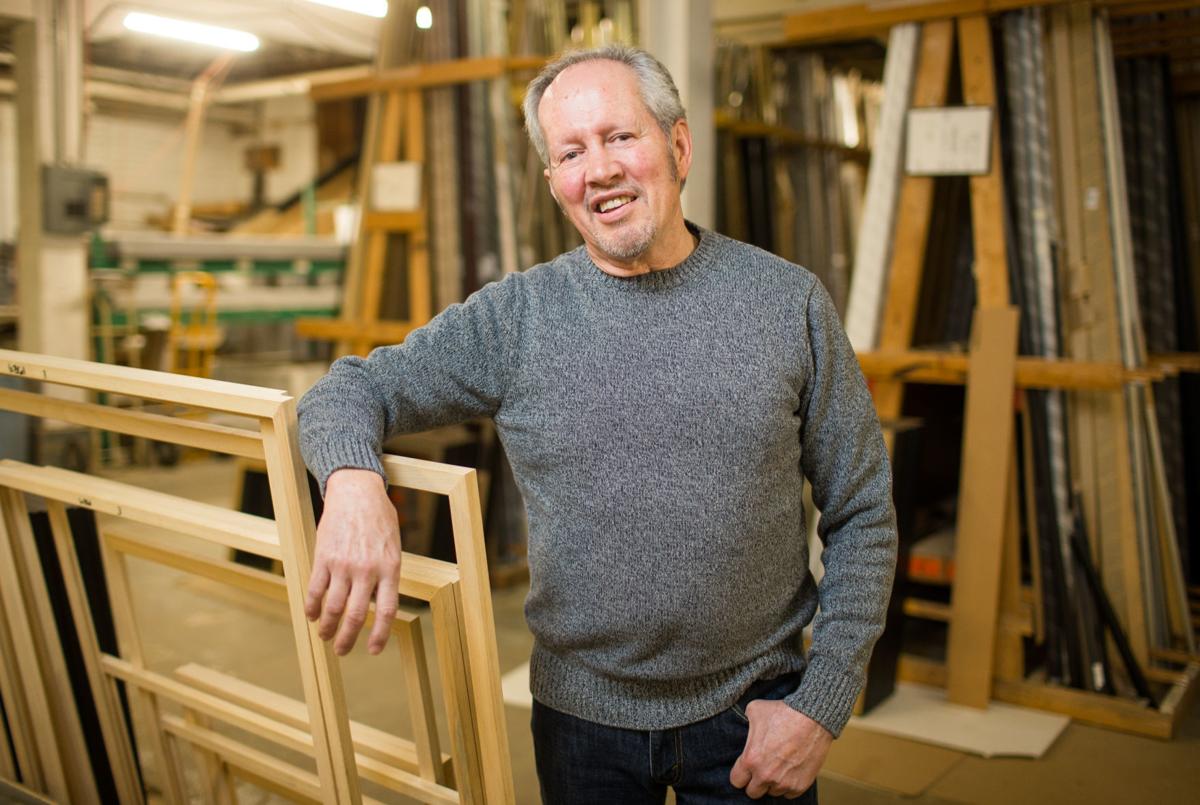 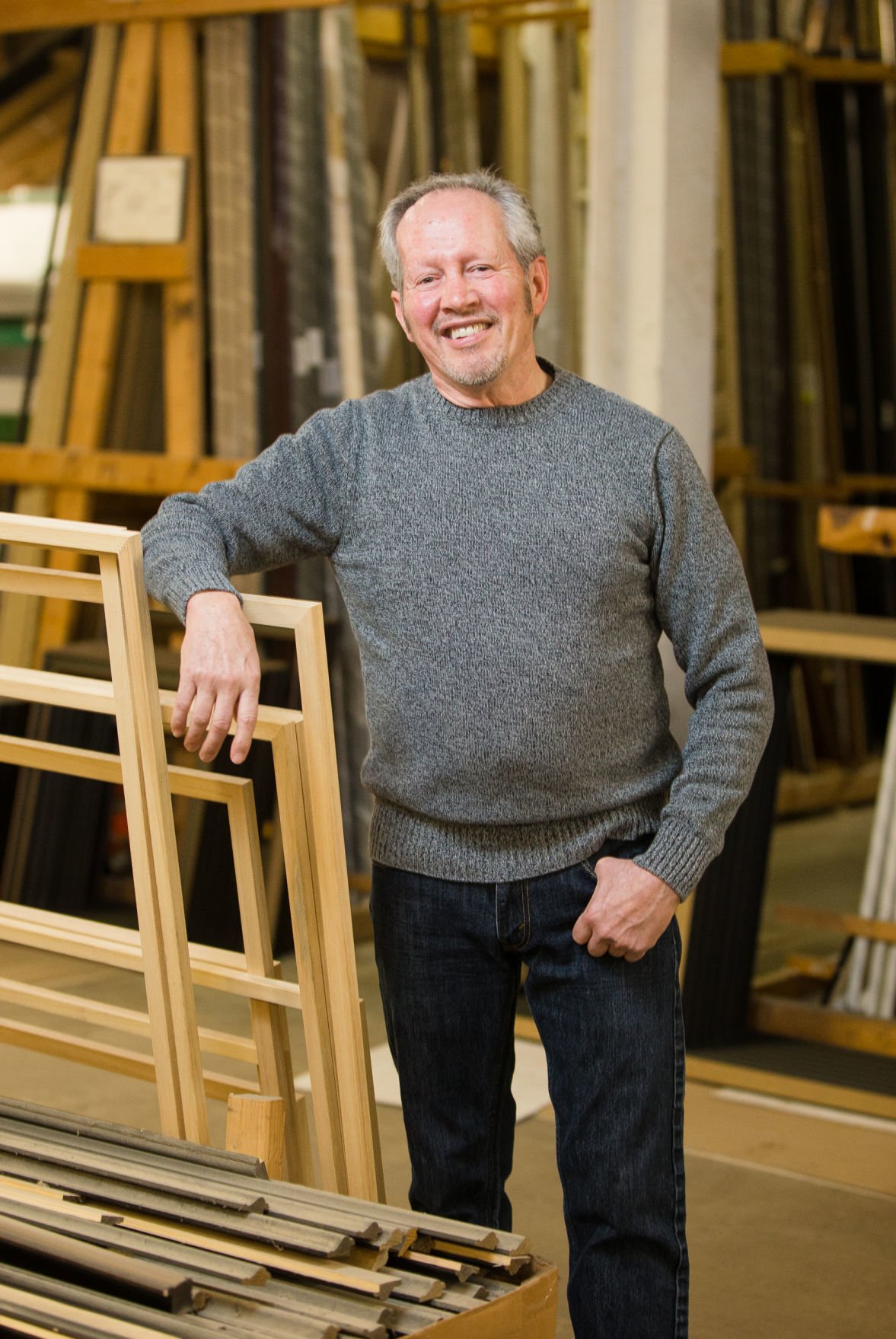 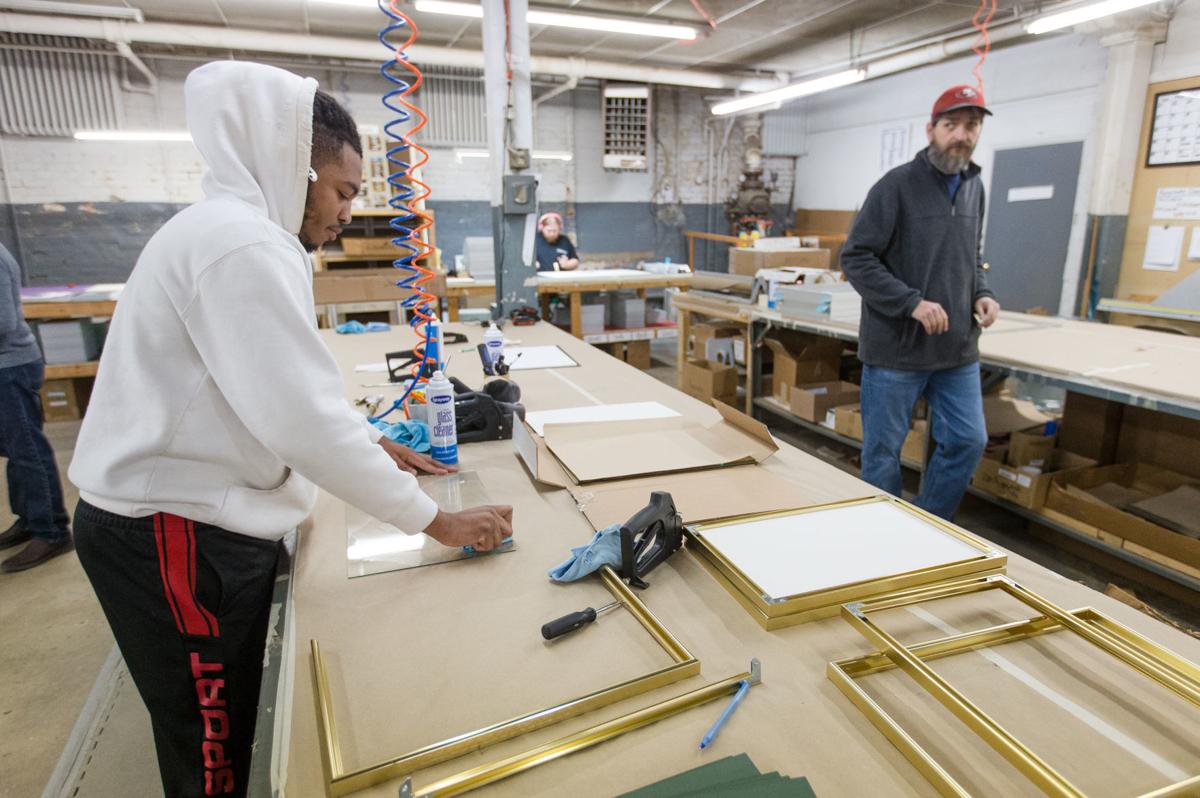 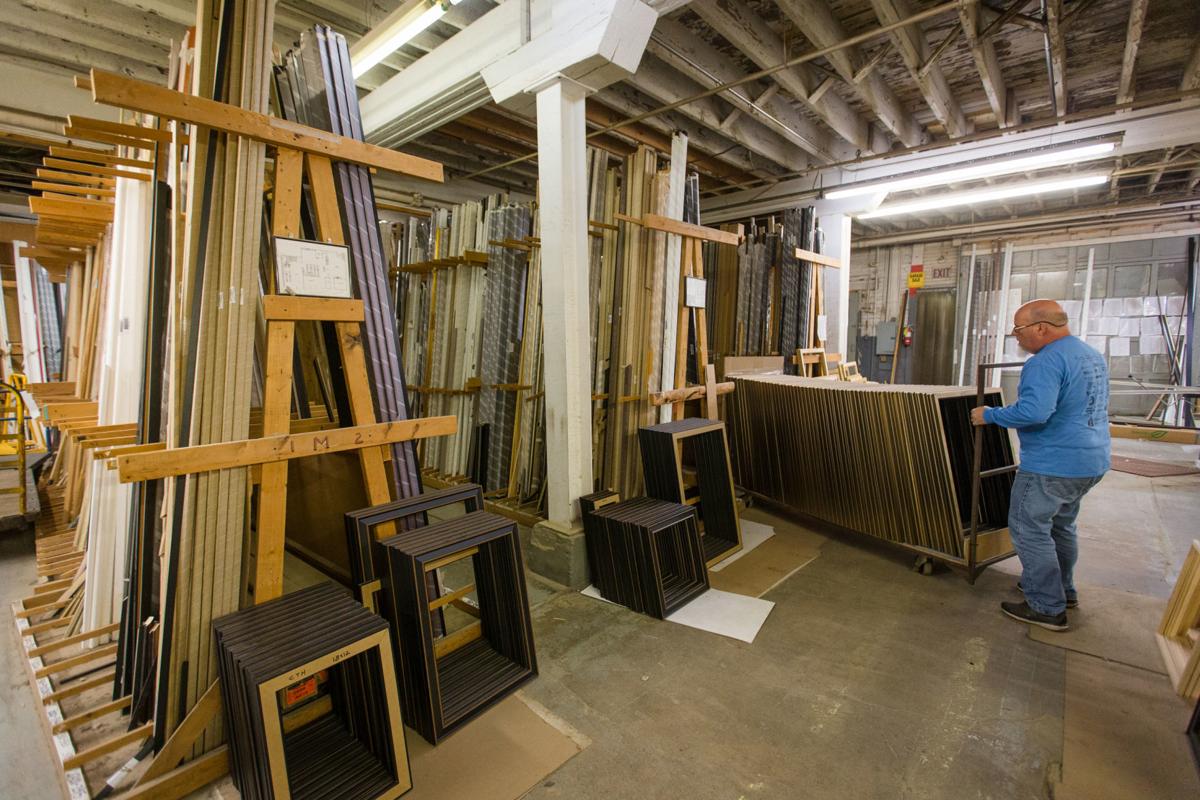 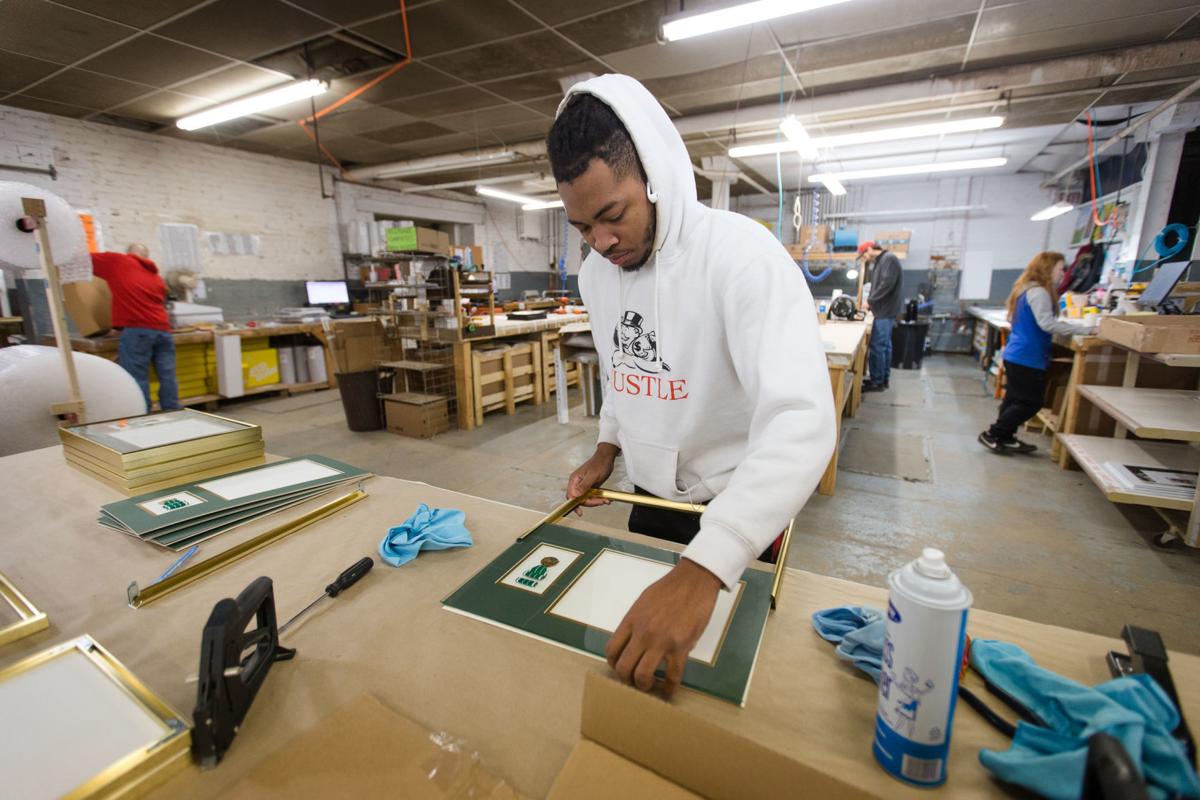 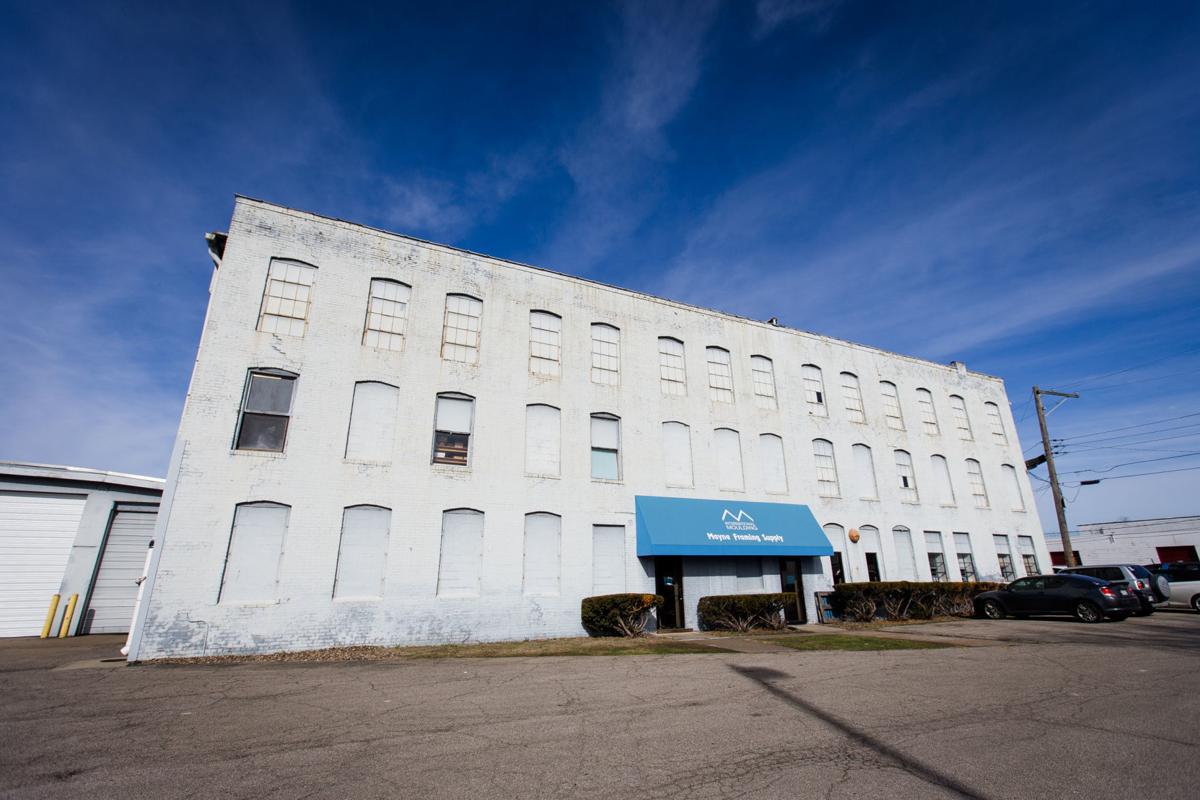 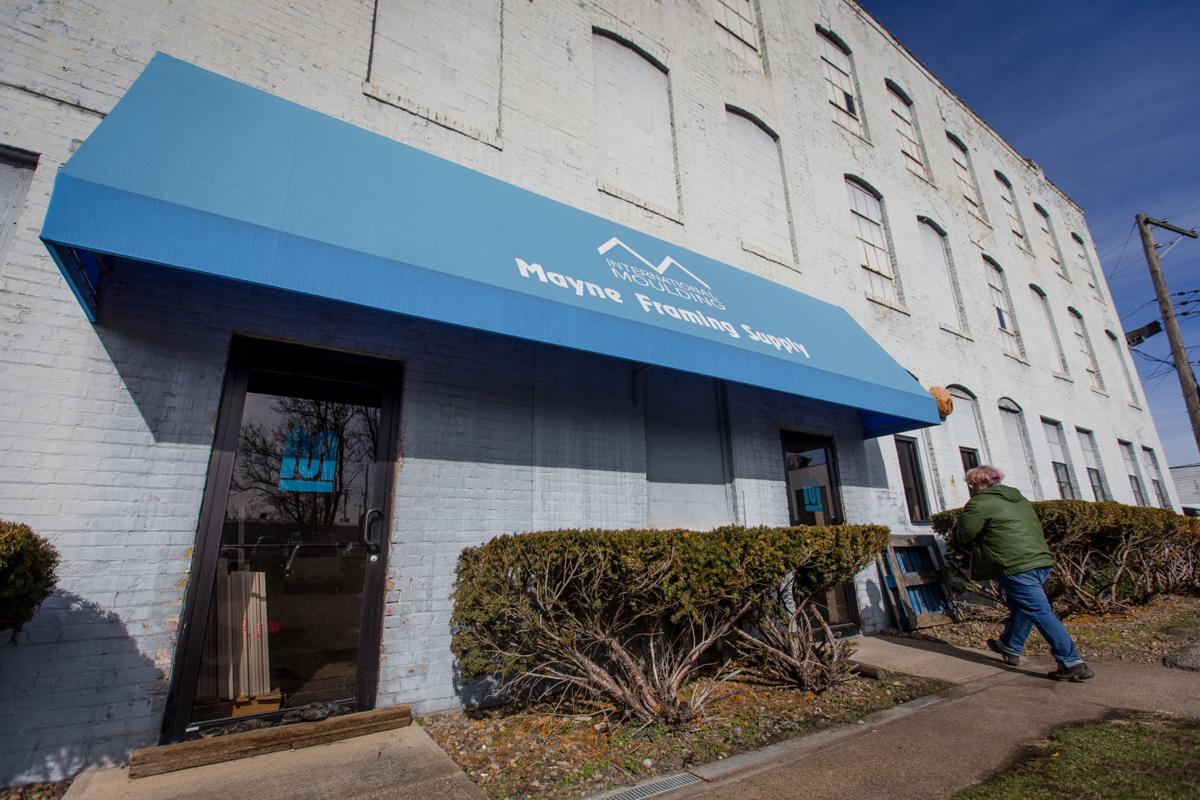 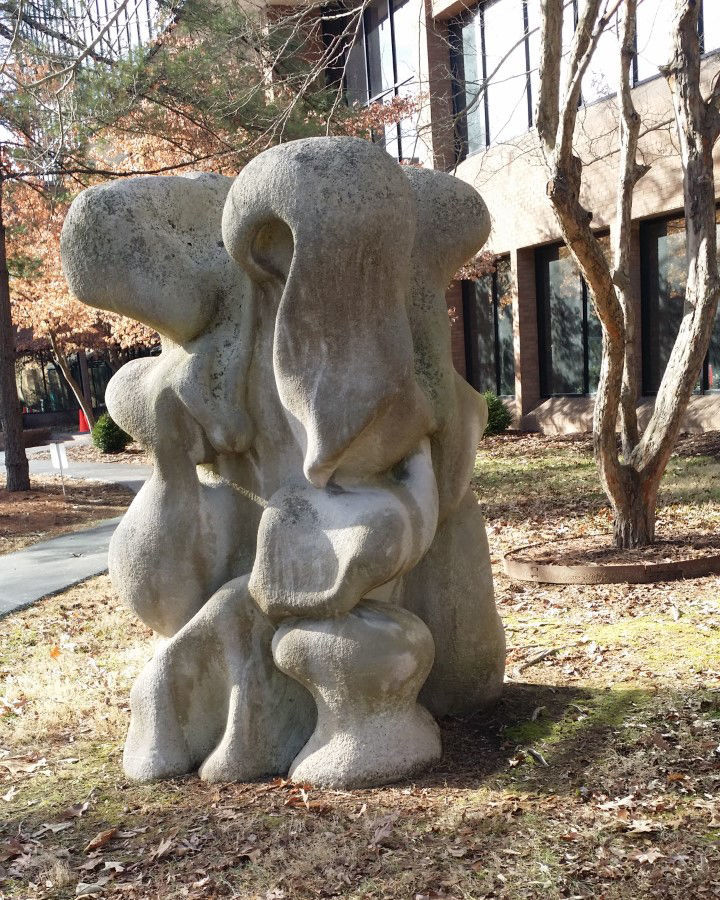 A 25-year-old Larry Mayne carved a sculpture that sits at the Bellefonte Pavilion, at the former Ashland Oil office, that has no designation. This sculpture was carved in 1976.

A 25-year-old Larry Mayne carved a sculpture that sits at the Bellefonte Pavilion, at the former Ashland Oil office, that has no designation. This sculpture was carved in 1976.

HUNTINGTON — Over the last 36 years, Larry Mayne built a successful business as a picture frame wholesale distributor in Huntington, growing from just two employees in 1984 to 54 now and undergoing a few changes during that time regarding its focus.

Now, however, Mayne is headed toward a new endeavor. Last week, he announced his retirement, after selling his remaining interest in the business to another company. But it seems like Mayne plans to remain in the area.

Mayne, a native of Ashland, said he selected Huntington for his new business decades ago because it would be the only frame wholesaler in West Virginia at that time. Earlier that same year, he had sold his interest in a framing business in Lexington, Kentucky, which he had owned for six years.

A 25-year-old Mayne carved a sculpture that sits at the Bellefonte Pavilion, at the former Ashland Oil office, that has no designation. This sculpture was carved in 1976.

“That was all I was known for back then,” he said. “I called it ‘Form Five,’ but I didn’t identify as anything in particular because sometimes people don’t see any further than what they see in its name.”

Mayne said he thought of opening a gallery at that time.

“However, I found out that the galleries made their money from picture framing,” he said. “So instead of a gallery, I went into the picture framing business. Everything went real well and I saw the real end game was the wholesalers. There were none in West Virginia at all when I started. Plus, I liked Huntington. I still like Huntington and that’s why I live in Huntington.”

The business started on Charleston Avenue for the first five years, and then it moved to Jackson Avenue.

“We continued to outgrow each location and moved here on 21st Street about 20 years ago,” Mayne said.

In the beginning, the business supplied retail galleries and frame shops with glass, molding, mat board and related products for picture frames.

“This has been an evolutionary process,” he said. “A lot of people think this business is limited to Huntington or West Virginia, but we fulfill orders from across the country and ship to places all over the world.”

Mayne said the company got into the fulfillment business in which they complete job orders that come in and ship them to the customer on their customers’ behalf.

“Our biggest customer is in Massachusetts,” he said. “Different companies around the country send us image files. We print it, frame it and sometimes mount it and ship it to their customers. Three months ago, we shipped over 500 large pieces to Korea for that company.”

“We have an 800-piece order we are working on for a large hotel in the United Kingdom,” Riffle said.

Mayne said the business has several employees who have been with the company for more than two decades.

Mayne said about a dozen years ago he ran into Richard Thompson with International Molding in Birmingham, Alabama, while he was on the board of the Independent Picture Framing Distributors Association.

“He was a member also and we became good friends,” Mayne said. “He was growing his business and had bought a number of distributorships like mine. So about 10 years ago, he bought about half of the business here.”

International Moulding was founded in 1988. It imports moulding from several countries and continents, including Italy, Spain, Asia and South America. It offers more than just moulding, including glass mats, foamboard, picture framing hardware and specific equipment.

“I saw the writing on the wall,” Mayne said. “He was big and was getting bigger. So I thought it would be best to sell my remaining half of the business to him.”

While Mayne Framing Supply is still on the business storefront at 121 21st St. in Huntington, it will now be International Moulding of West Virginia.

“We are now one of 21 distributors he owns across the country,” he said.

Mayne says some people have asked him if he will move from Huntington now that he is retired.

“I have a place in Huntington on the river and I am having a building built behind my house that will serve as a studio,” he said. “I plan to keep myself very busy.”