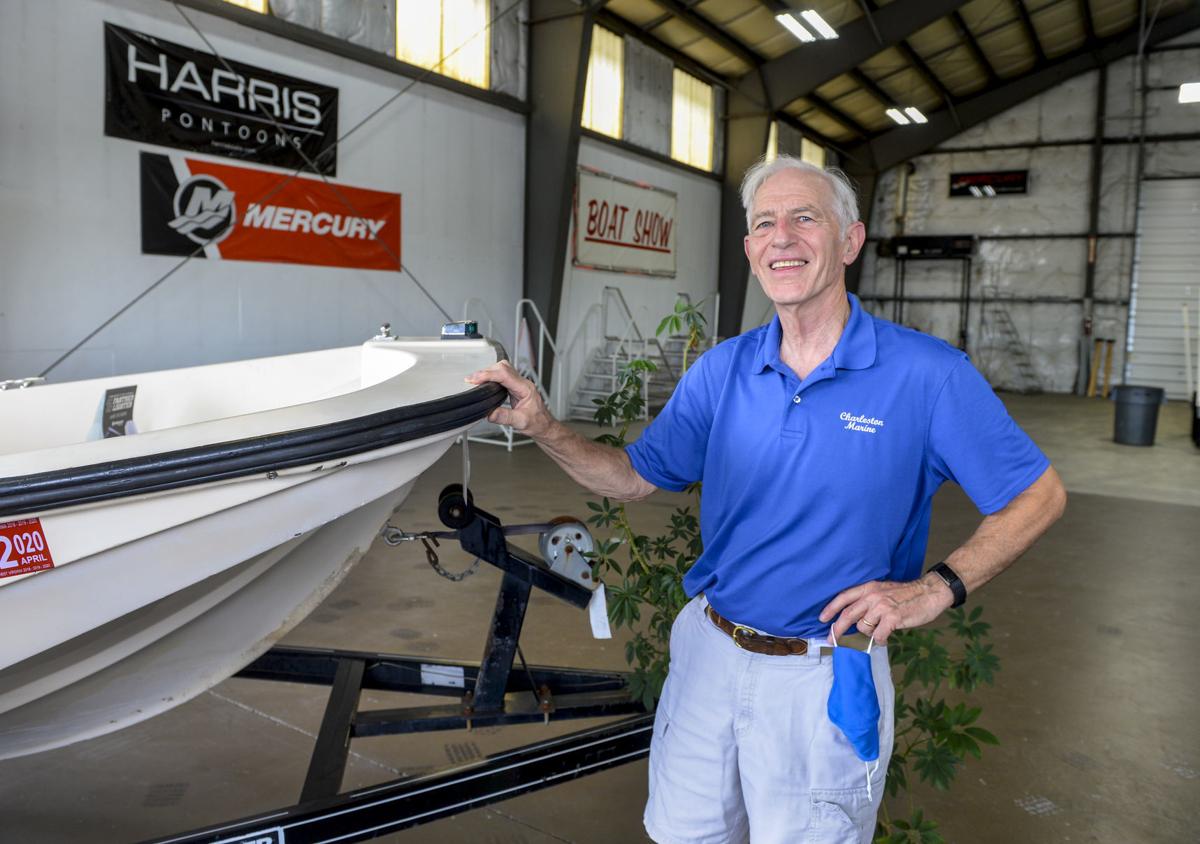 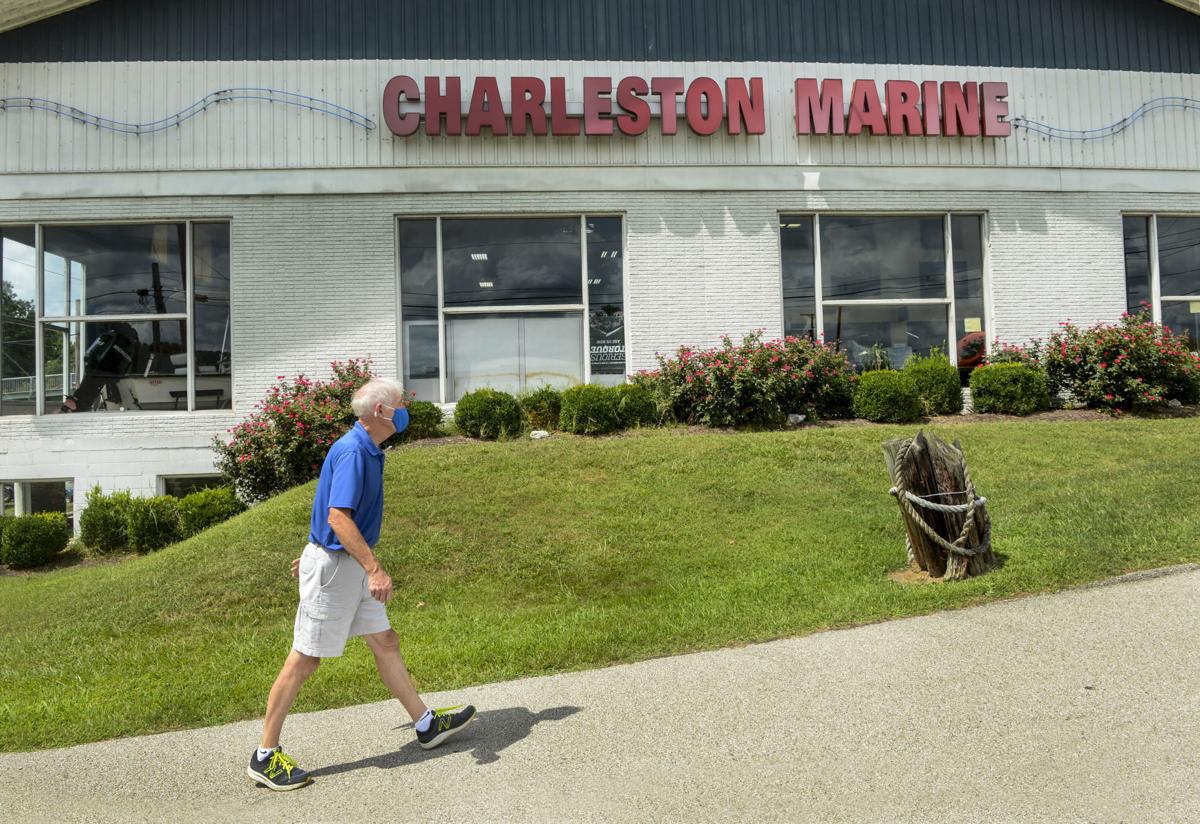 Charleston Marine owner Riley Brothers walks by the front of his business last week after helping a customer park a boat for repair. 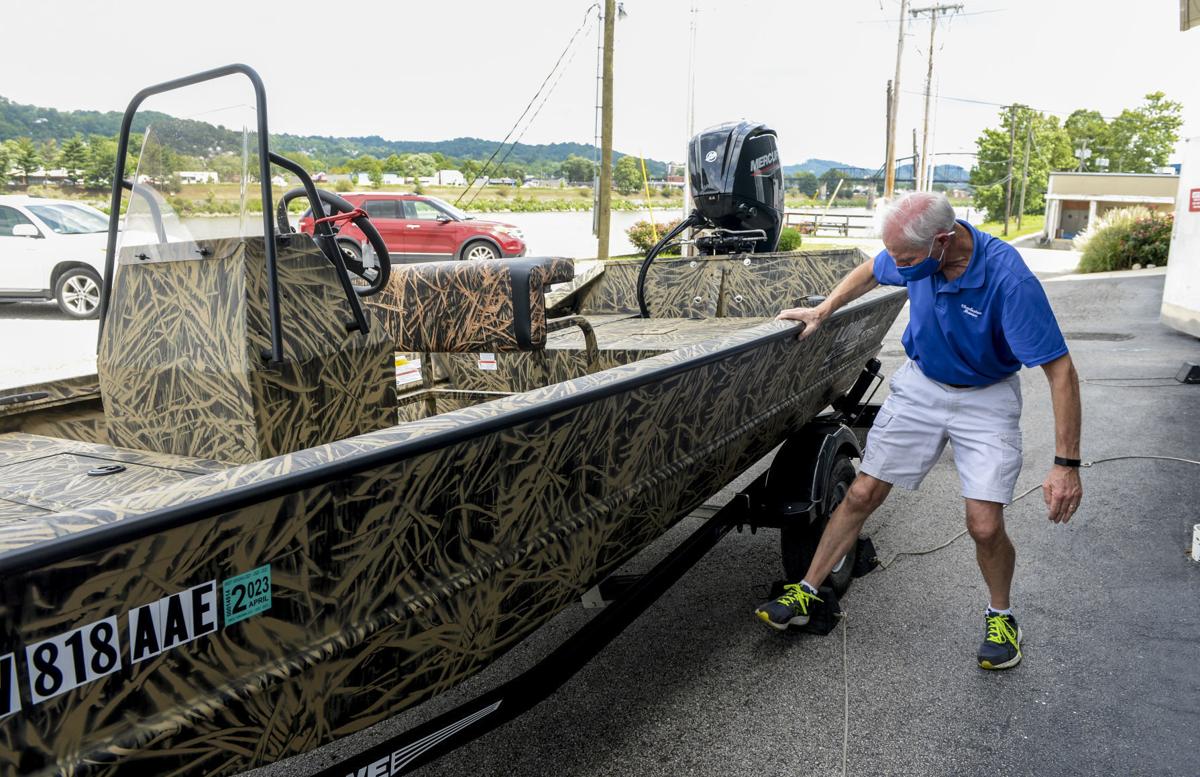 Charleston Marine owner Riley Brothers walks by the front of his business last week after helping a customer park a boat for repair.

Riley Brothers, the 73-year-old president of Charleston Marine, slowly scanned the 10,000-square-foot showroom that’s the epicenter of his business. He paused only briefly to take a mental inventory of a room that included only one boat along with a handful of desks and tables.

“This room was full when we started this season,” he said.

Translation: The boating business has been good. For some dealers, it’s actually been great.

While the COVID-19 pandemic has stymied — if not shuttered — some businesses, a few have actually experienced hefty growth. That includes boat sales, a niche industry that’s expanding in popularity as the population seeks forms of controllable (i.e., non-coronavirus friendly) recreation.

According to a report compiled by the equity research arm of Baird, an international financial services company, marine retailers turned in record sales totals through July. Of the 91 retailers contributing to the report, 89% reported growth in June when compared to the same month in 2019. Those numbers dipped only slightly in July, as 84% said sales were up from the previous year.

Those numbers are also reflected in the number of boat registrations both nationally and locally.

Statistical Surveys, Inc., a research firm that services the marine, recreational vehicle and powersports industries, among others, tracked data from 22 states. That data shows boat registrations in those states had gone up more than 44% year-over-year — including a 73% jump in ski and wake boat registrations in July. Pontoon boats, which Brothers noted as being his most popular item, had a 53.3% increase in July.

The West Virginia Division of Natural Resources said there has been a surge in attendance for online boater education courses that are required to operate a motorboat or personal watercraft in the state. However, the state Department of Motor Vehicles said there hasn’t been a noticeable increase in boat registrations. Exact totals for 2020 won’t be available until January, but the number of registered motorboats in the state has increased every year since 2017. Manually operated vessels are not required to be registered in the state.

That established trend, when paired with growing sales totals, has Brothers, industry analysts and other retailers saying the biggest challenge going forward is a simple one: to keep supply on par with demand nationally as well as in the Mountain State.

Production for 2020 was based on forecasts that didn’t consider the affects of COVID-19. Indeed, the pandemic initially hindered the marine industry, with the traditional start to the boat-selling season (late-February and early March) being pushed back. That includes Charleston Marine, which was closed from March 20 until May 21.

Sales exploded as businesses began to reopen in various states, the weather warmed and stay-at-home orders were rescinded. One dealer who was cited in the Baird report said, “I thought it would settle after June and July ended up being fantastic. If we would have had more inventory, we could have doubled what we did [in sales].”

Industry experts predict boat sales will continue deeper into the year than usual. Along with that will be the strain on the supply chain.

According to Illinois-based boatmaker Brunswick, which produces such brands as Bayliner, Quicksilver and Sea Ray, expectations are that it will be “well into 2021 or potentially later” before supply channels are fully restocked.

Brothers, however, doesn’t really consider it to be a missed opportunity. At least not when it comes to the current selling season.

After all, his Charleston-based company has already made its year, ensuring a business that began in 1990 will be open for business in 2021. He’ll make adjustments to his plan for next year as he does following each business cycle, and that might include adding a few more offerings to the inventory.

Otherwise, he said, it’ll be business as normal — or at least as normal as things can be nowadays.

“I didn’t have a lot of inventory on order; a lot of boat dealers did and it’s turned out well for them,” Brothers said. “But I’m at a different stage. I’ve been doing this for 40 years, I’m ready to not do so much.

“We would’ve had a lot more boats in here if I were younger and still building. But I’m not building things right now. I’m cruising.”