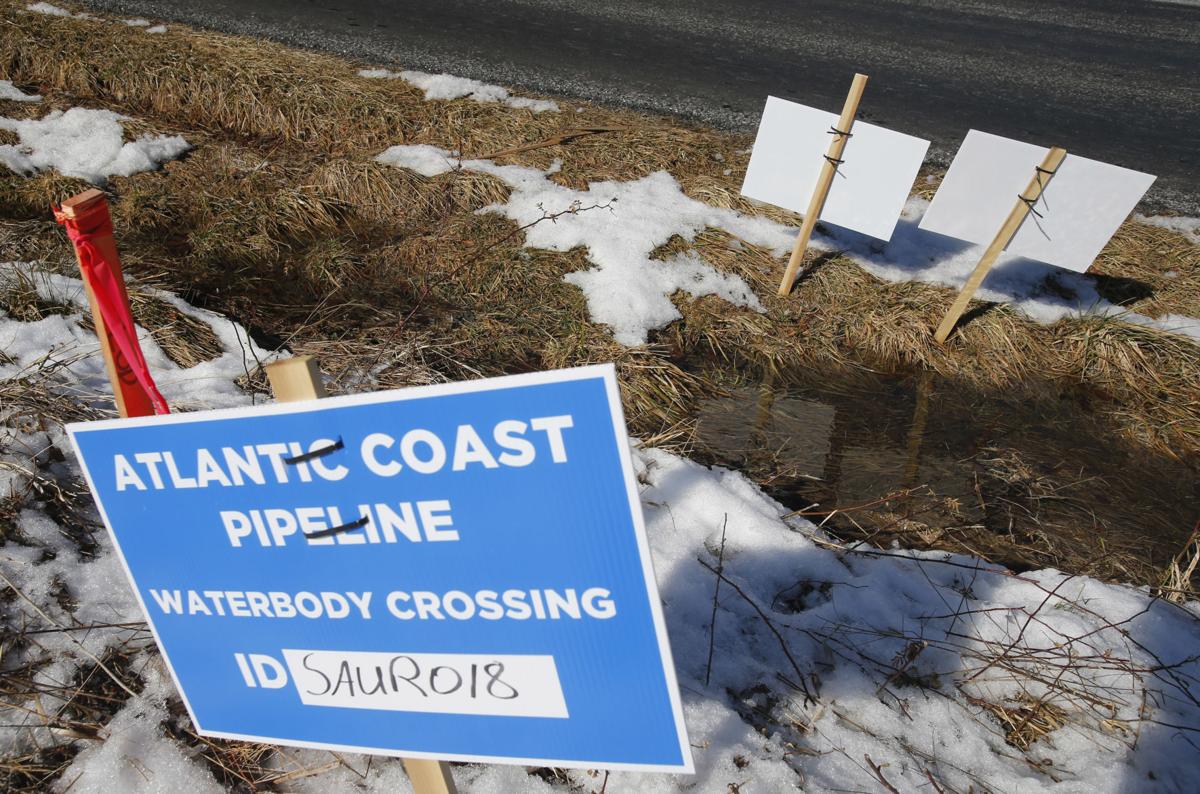 Signs mark the route of the Atlantic Coast Pipeline in Deerfield, Va., which would run through West Virginia, Virginia and North Carolina. 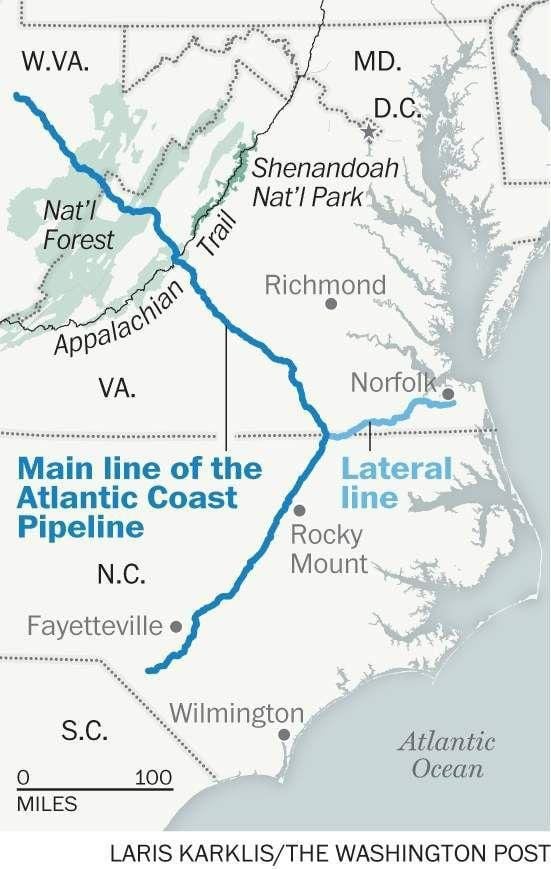 The proposed Atlantic Coast pipeline would have extended from West Virginia through Virginia to North Carolina.

Signs mark the route of the Atlantic Coast Pipeline in Deerfield, Va., which would run through West Virginia, Virginia and North Carolina.

The proposed Atlantic Coast pipeline would have extended from West Virginia through Virginia to North Carolina.

CHARLESTON — Cancellation of construction of the Atlantic Coast Pipeline will cost $10 million a week in payroll to construction workers in West Virginia, Steve White, executive director of the ACT Foundation, said Tuesday.

“Ten million dollars a week for a couple of years is a ton of money,” White said. “While short in duration, admittedly, the magnitude of money coming in would have been huge.”

On Sunday, officials with Dominion Energy and Duke Energy announced they were canceling the 600-mile, $8 billion project, citing “too much legal uncertainty” to move forward with the multistate endeavor.

The announcement came just weeks after the U.S. Supreme Court ruled that the pipeline could cross underneath the Appalachian Trail, on federal property.

It was a victory for environmentalists, who warned that the pipeline and compressor stations would endanger waterways and nearby communities.

For the state, the cancellation will mean the loss of several thousand construction jobs, according to Brian Lego, research assistant professor at the West Virginia University Bureau of Business and Economic Research.

“Once the pipeline would have resumed, there would have been a notable increase in construction activity across several counties in West Virginia,” Lego said in a statement. “Those are very high-paying, high skill-requirement construction and engineering jobs, in the six figures on an annualized basis.”

He added, “Then there’s the add-on effect to the rural counties that would have received B&O taxes and other tax collections from compressor stations and other related activity.”

In 2019, state Deputy Revenue Secretary Mark Muchow credited multibillion-dollar pipeline construction projects in 2018 and 2019 as a key contributor to a $511 million surge in tax collections in the 2018-19 budget year, as payroll withholding taxes jumped nearly 12% during the fiscal year.

Muchow, who was on vacation Tuesday and unavailable for comment, accurately predicted that completion of pipeline projects in 2019, along with court actions delaying the Atlantic Coast and Mountain Valley pipeline projects, would cause a financial downturn in the 2019-20 budget year.

Long term, Muchow said the completed pipelines will mean about $30 million a year of increased property tax collections in the affected counties.

White said Tuesday that while he can appreciate environmentalists’ concerns with the pipeline, the cancellation of the project will have a severe impact on the state financially.

He noted that a $90 million state solar energy project will provide total payroll of $10 million, something the Atlantic Coast Pipeline project would have provided each week.

“There’s just nothing to replace it out there,” White said.

In a joint statement, the Independent Oil and Gas Association of West Virginia (IOGAWV) and West Virginia Oil and Natural Gas Association (WVONGA) decried the impact of the project cancellation, noting, “When the pipeline was progressing, it was supporting more than 17,000 jobs. Wages exceeded $400 million.”