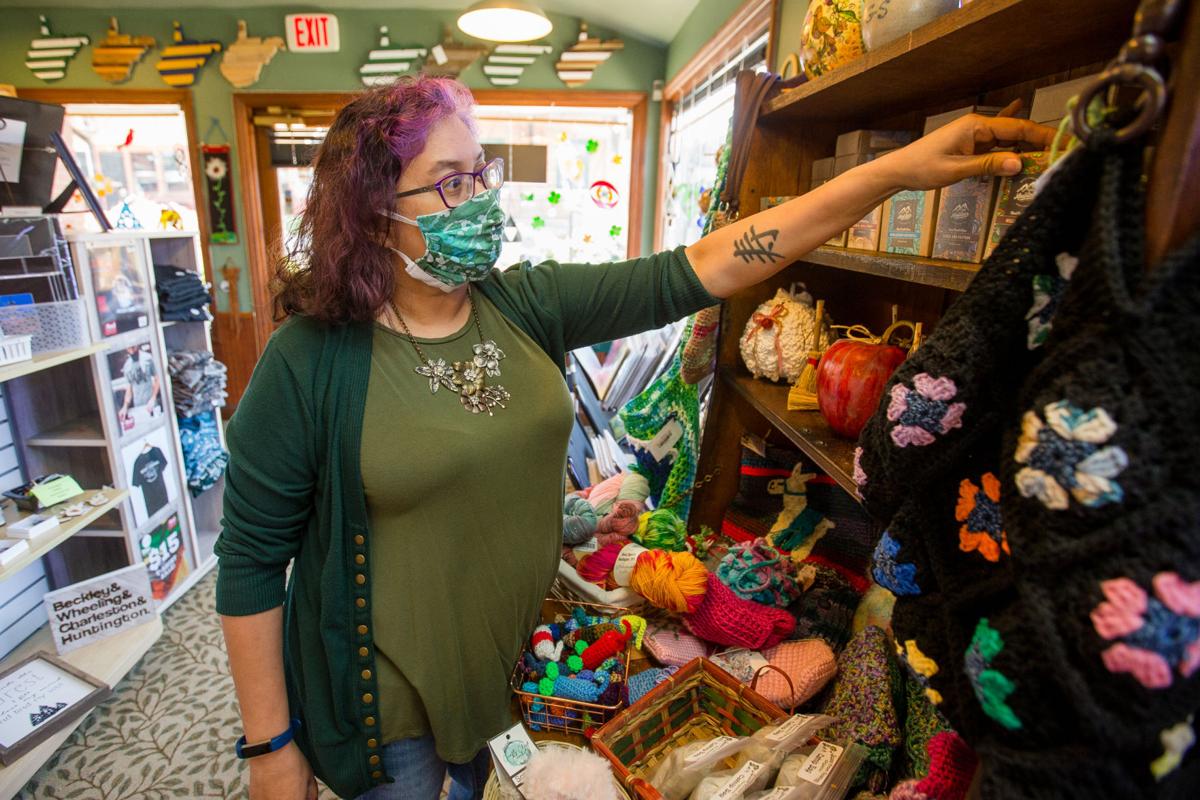 Raine Klover rearranges hand-crafted soaps at The Red Caboose, located in the Huntington Area Convention and Visitors Bureau, on Wednesday, July 15, 2020, in Huntington. 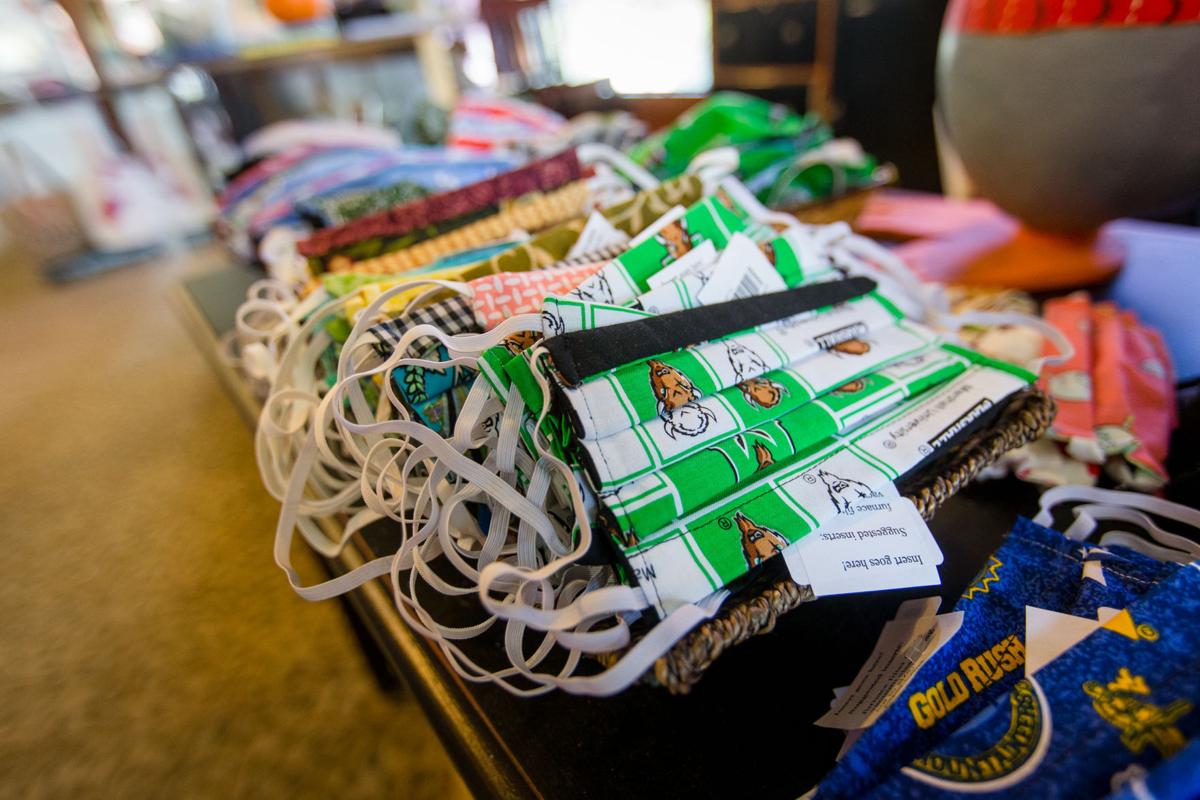 Face masks available at The Red Caboose, located in the Huntington Area Convention and Visitors Bureau, are seen on Wednesday, July 15, 2020, in Huntington. 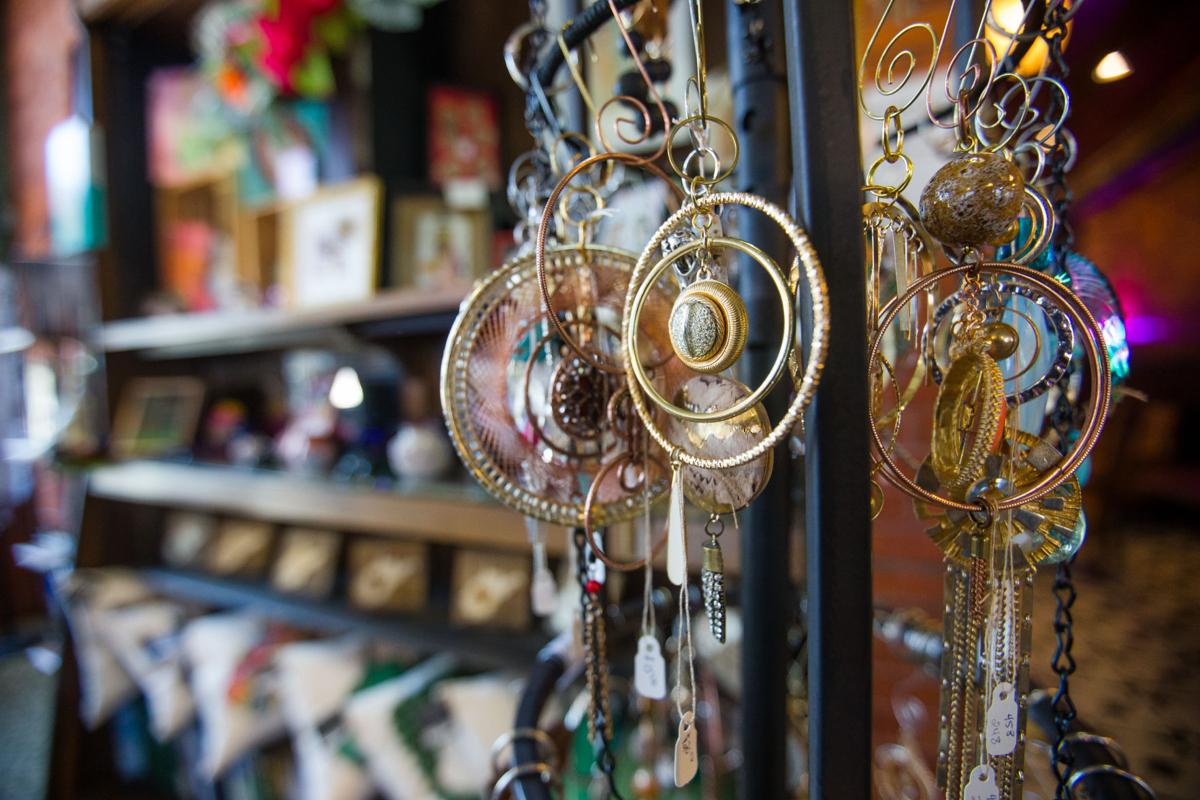 Merchandise available at The Red Caboose, located in the Huntington Area Convention and Visitors Bureau, is seen on Wednesday, July 15, 2020, in Huntington. 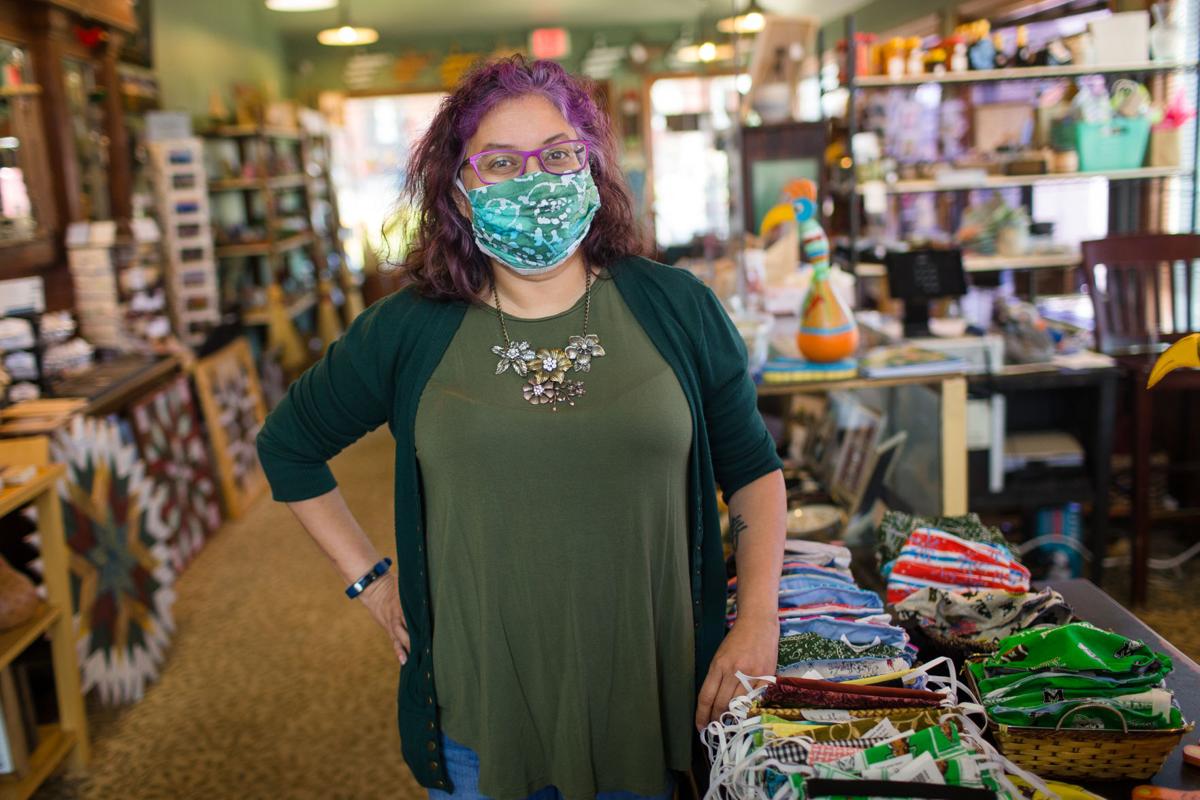 Raine Klover stands at The Red Caboose, located in the Huntington Area Convention and Visitors Bureau, on Wednesday, July 15, 2020, in Huntington.

Raine Klover rearranges hand-crafted soaps at The Red Caboose, located in the Huntington Area Convention and Visitors Bureau, on Wednesday, July 15, 2020, in Huntington.

Face masks available at The Red Caboose, located in the Huntington Area Convention and Visitors Bureau, are seen on Wednesday, July 15, 2020, in Huntington.

Merchandise available at The Red Caboose, located in the Huntington Area Convention and Visitors Bureau, is seen on Wednesday, July 15, 2020, in Huntington.

Raine Klover stands at The Red Caboose, located in the Huntington Area Convention and Visitors Bureau, on Wednesday, July 15, 2020, in Huntington.

HUNTINGTON — The novel coronavirus is having a devastating impact on the Huntington Area Convention and Visitors Bureau.

“We had to make some drastic cuts to our budget and even for the coming fiscal year we have had to plan to work with about $200,000 less in our budget,” said Tyson Compton, the CVB’s executive director. Compton said the organization looked at every line item in its budget and made cuts in almost all of them.

“No one area took a major hit,” he said.

“While we made cuts in advertising, we hope to make that up with less expensive digital buys and concentration on drive markets,” Compton said. “For example, Columbus is a large market for us. This not only allows us to get more for our ad spends, but we can change the message immediately if we need to do so.”

He said the CVB won’t be developing any new brochures at least for the first half of the year.

“By next year, we hope to resume buys with print and other media as well,” he said.

On the personnel side, Compton says there will be no pay raises for employees.

“Luckily, we were able to keep all employees, except for one part-time person,” he said. “We are also moving to a new medical insurance plan that will save us thousands of dollars.”

Compton says other cuts in operating expenses include dropping subscriptions to publications and memberships in trade organizations.

“We won’t be attending trade shows or conferences for at least six months,” he said.

In West Virginia, the hotel room tax is 6%, with CVBs getting half of that. The city and county get the other 3%, depending on if the hotel is within or outside city limits, Compton said.

“Overall, for the three months of March, April and May of this year, we were down nearly 60% from the same period last year,” he said. “That’s a big hit.”

The data was similar for Cabell County.

The Barboursville CVB also reported dramatic drops in hotel room tax revenue. Last year, from March to June, it received $95,000. This year during the same time period, it got a little over $29,000, according to Mayor Chris Tatum.

“The CVB only has one full-time employee and two part-timers,” Tatum said. “The part-time folks were laid off. They were receptionist positions for reserving shelters, splash park, and they fielded park- and event-related questions.”

Tatum says other changes had to be made as well.

“We have modified our tourism offerings to social media campaigns that encourage outdoor activities that can be done safely socially distanced,” he said. “If occupancy rates don’t start going up, we may have to make additional changes.”

At the peak of the pandemic, hotel and motel occupancy rates dropped below 10% nationally. According to national reports, the occupancy rate of hotels in the United States was 33.1% as of May 2020. This shows a 51.7% decline when compared to the previous month’s figure.

“Our hotels took a huge hit during the first few months of the virus outbreak,” he said.

“In our industry, occupancy at 60% and above is considered good,” he said. “I think April was our worst month, and we’ve seen a slight uptick in room occupancy since then.”

Even with improving performance already underway, U.S. hotel demand will not return completely to pre-pandemic levels until 2023, according to the latest forecast revision from STR and Tourism Economics.

“Compared with our last forecast, we actually improved our demand projection for 2020, but we expect it to take 11 quarters for the number of room nights sold to rise to the corresponding levels of 2019,” said Jan Freitag, STR’s senior vice president of lodging insights. “Similarly, it will take until 2023 for occupancy to reach the 20-year historical average.

“The good news is that demand and occupancy continue to rise slowly each week, and while slow, recovery should continue provided the country avoids significant setbacks in its progress against the coronavirus,” Freitag added.

“The worst is behind us,” said Adam Sacks, president of Tourism Economics. “Recent performance has shown travel activity is picking up tentatively. Though COVID-19 will remain a defining factor through the first quarter of 2021, the outlook anticipates further gains in travel as confidence is gradually restored and restrictions are eased.”

HUNTINGTON — How is local tourism adjusting to the coronavirus pandemic?

HUNTINGTON — How is local tourism adjusting to the coronavirus pandemic?