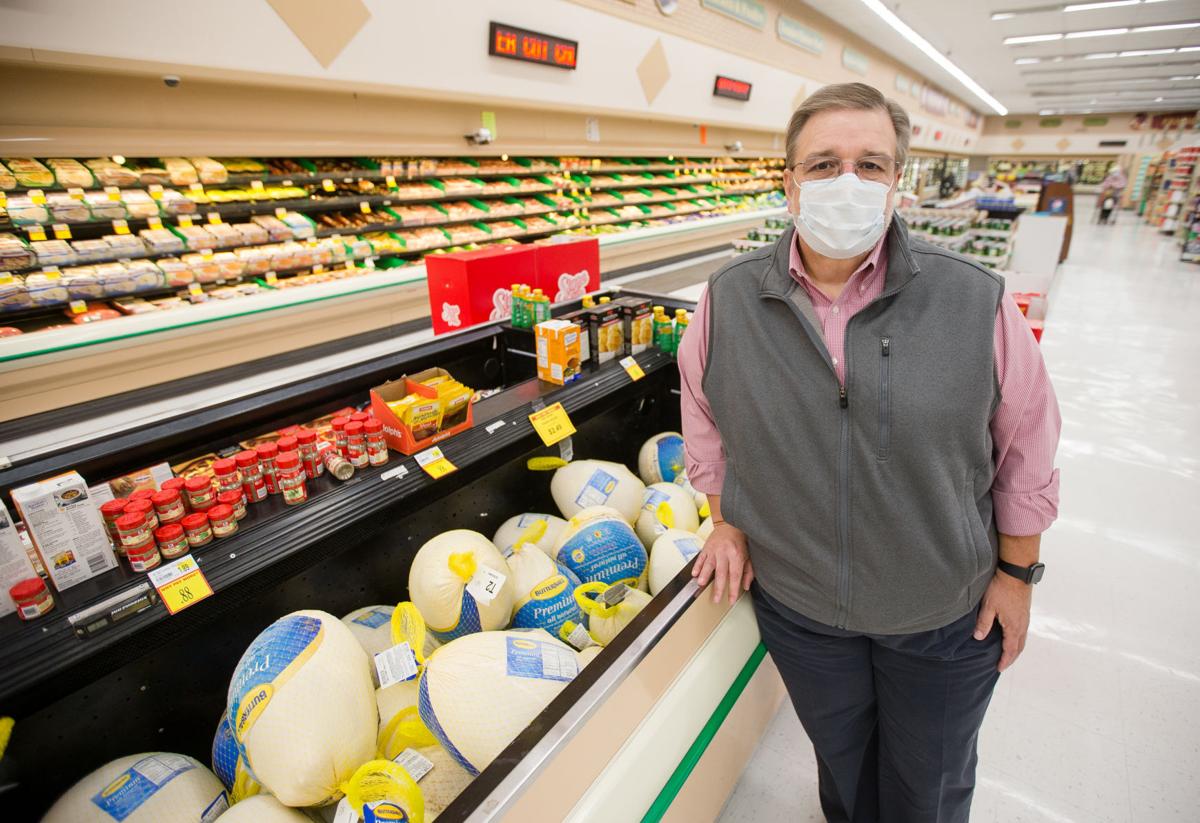 Tim Forth, president of Forth Foods Inc. and FoodFair Supermarket on Tuesday, Nov. 17, 2020, at Tower FoodFair in Barboursville. 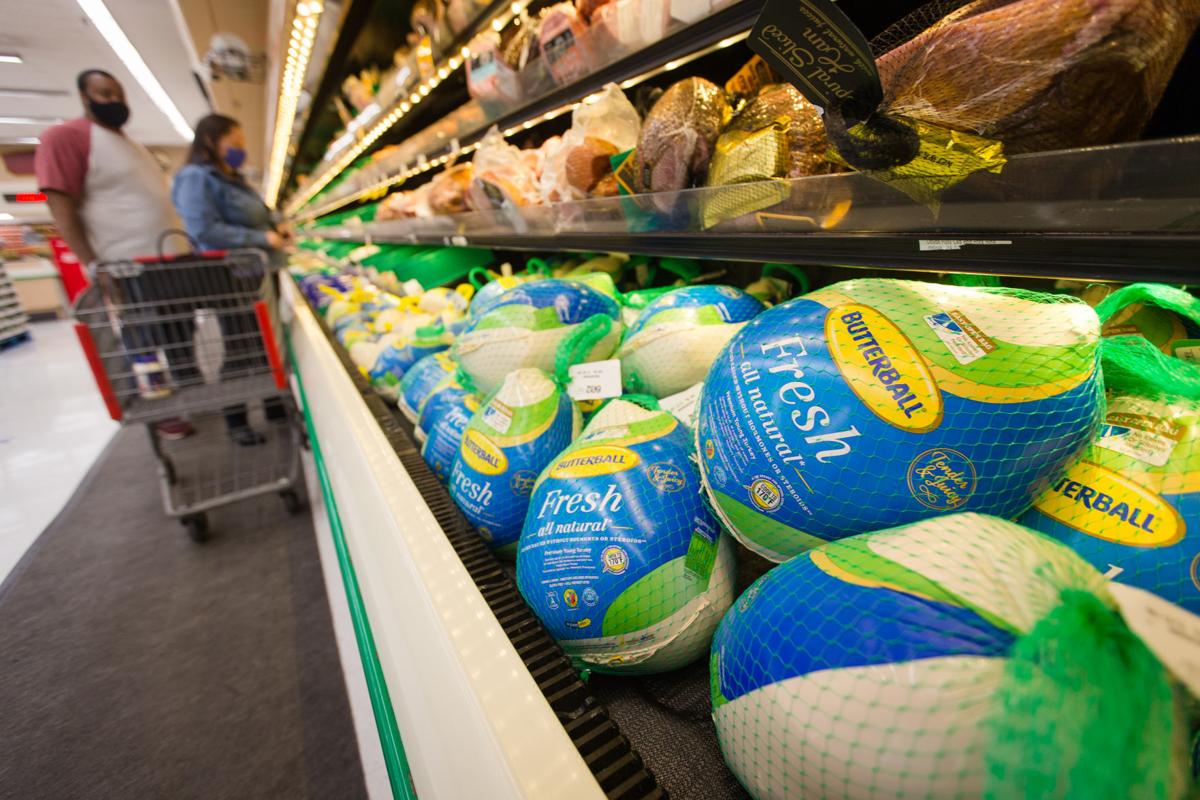 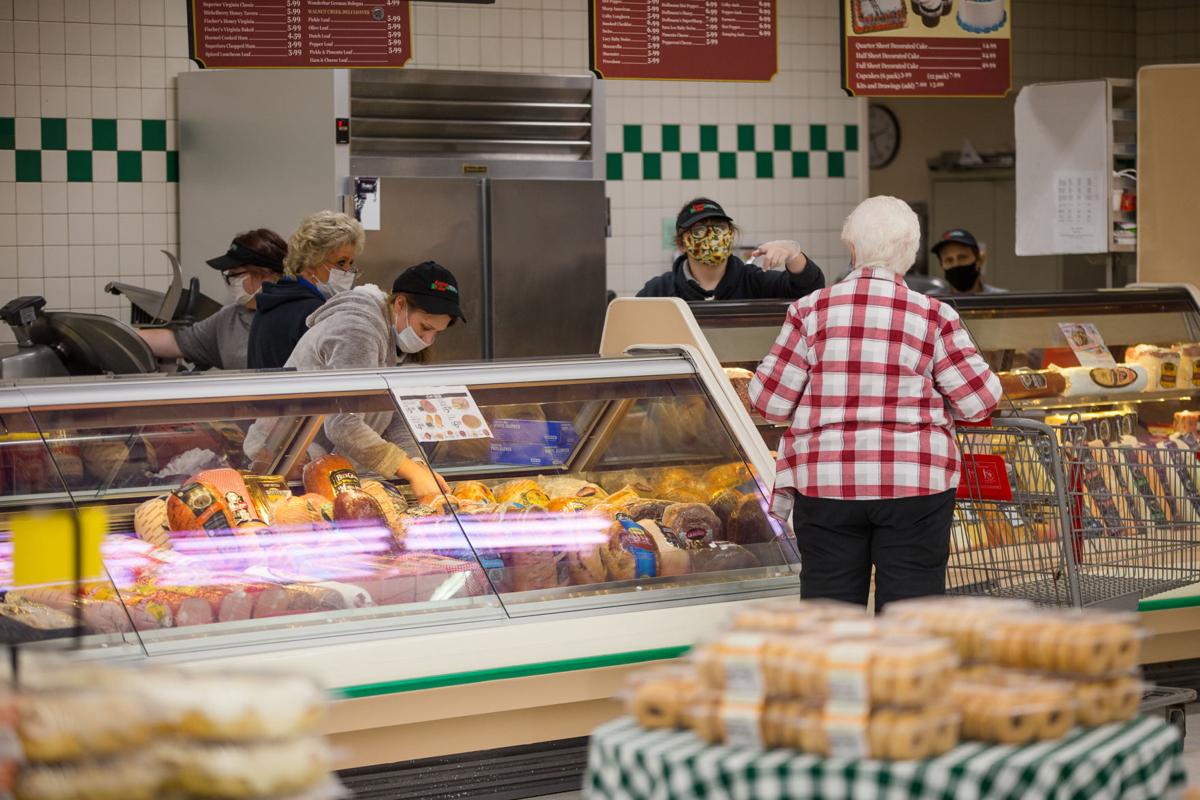 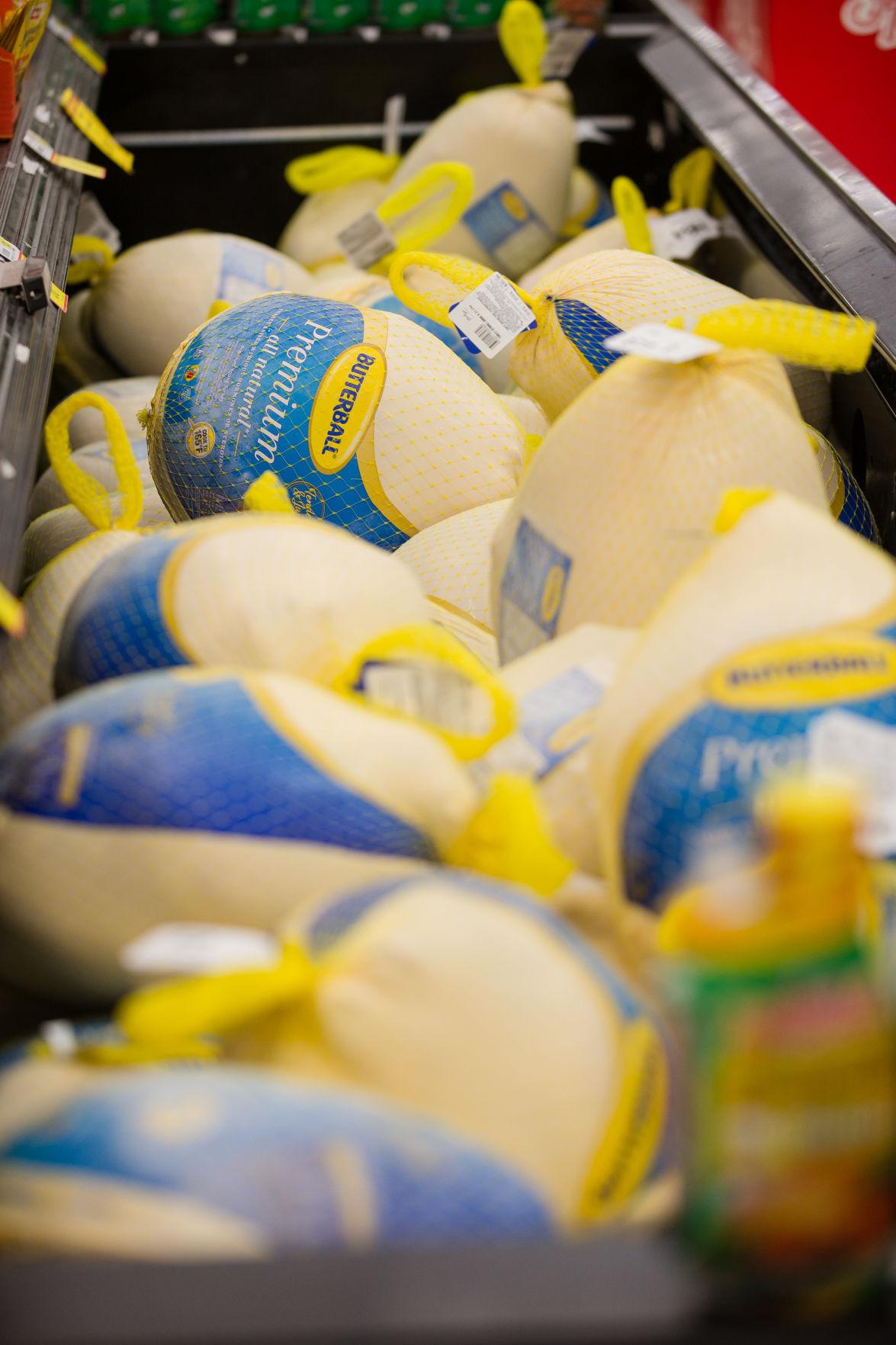 Frozen turkeys are stocked and ready for purchase at Tower FoodFair on Tuesday, Nov. 17, 2020, in Barboursville. 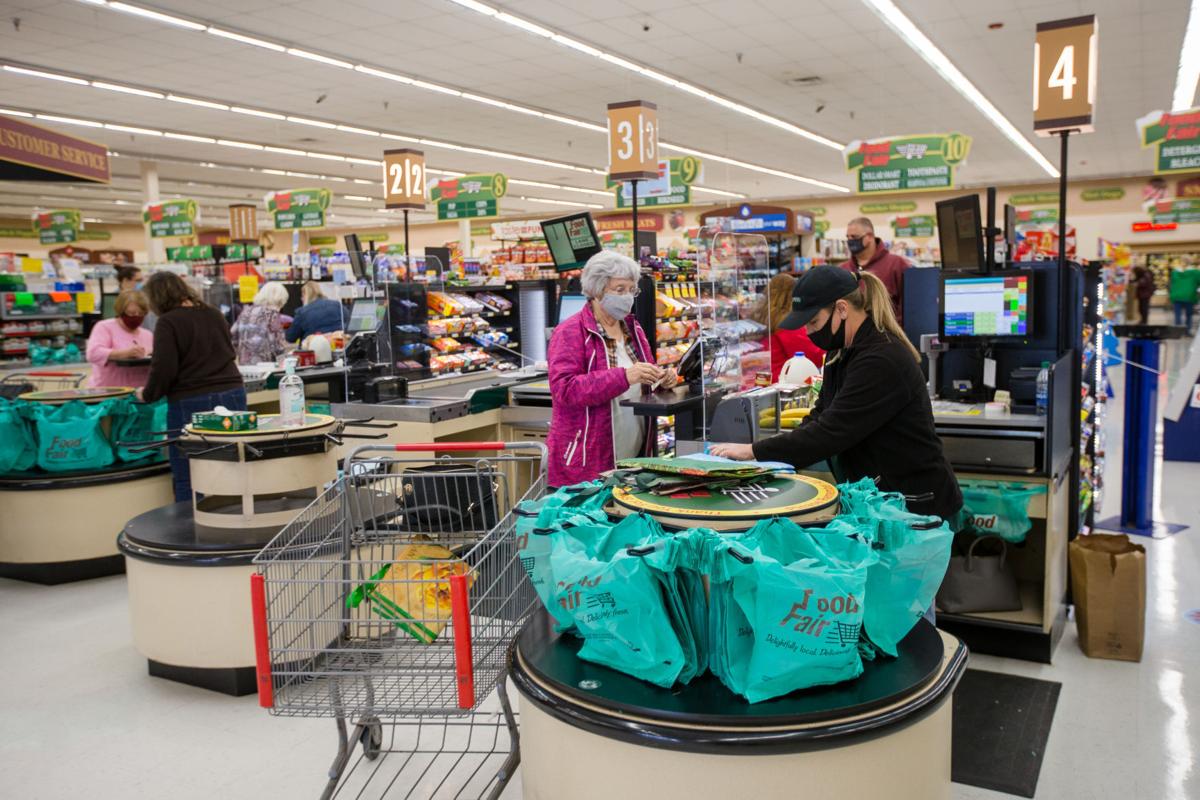 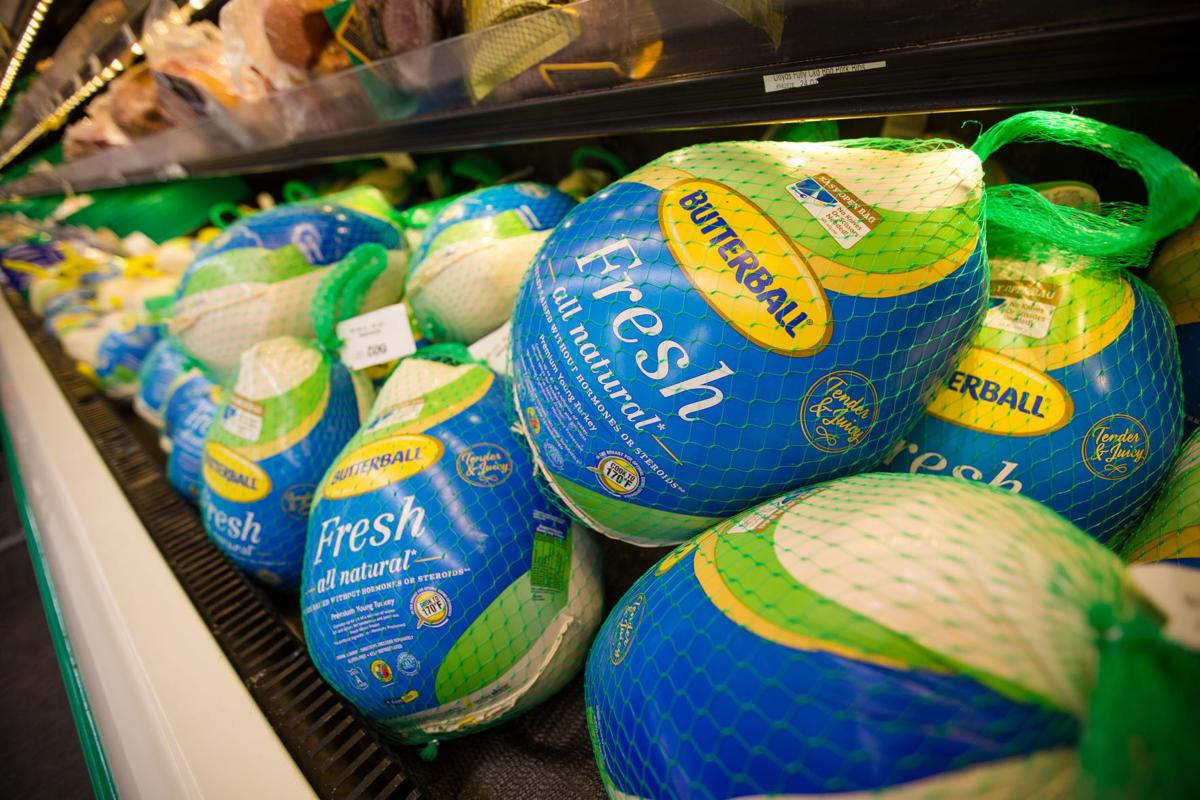 Tim Forth, president of Forth Foods Inc. and FoodFair Supermarket on Tuesday, Nov. 17, 2020, at Tower FoodFair in Barboursville.

Frozen turkeys are stocked and ready for purchase at Tower FoodFair on Tuesday, Nov. 17, 2020, in Barboursville.

BARBOURSVILLE — While Thanksgiving celebrations may look different for many families this year due to the COVID-19 pandemic, the cost of the feast, regardless of size, remains affordable.

The American Farm Bureau’s 35th annual survey indicates the average cost of this year’s Thanksgiving dinner for 10 is estimated at $46.90 or less than $5 per person. This is a $2.01 decrease from last year’s average of $48.91.

“The average cost of this year’s Thanksgiving dinner is the lowest since 2010,” said AFBF Chief Economist Dr. John Newton. “Pricing whole turkeys as ‘loss leaders’ to entice shoppers and move product is a strategy we’re seeing retailers use that’s increasingly common the closer we get to the holiday.”

Tim Forth, president of Forth Foods, which operates the Tower FoodFair in Barboursville and several other grocery stores in the region, said, “We always try to sell the best turkey, so we stick with Butterball. And we have it for 88 cents a pound with an additional $25 purchase. That’s down from last year’s price of $1.19 per-pound.”

That price is also less than the national average reported in the Farm Bureau’s survey. It showed a price of $19.39 for a 16-pound bird. That’s roughly $1.21 per pound, down 7% from last year.

Forth said his stores are offering “can’t-miss” deals on some of the most common holiday food items.

“We’ve got anything from frozen and fresh pies to vegetables and meat on sale here in the store,” Forth said. “Anything you might find on the table at Thanksgiving, you can probably find on sale.”

Forth says while some Thanksgiving gatherings may be smaller this year, his stores have turkeys available in all sizes.

“We have small to medium to large turkeys on sale and have sold many of all sizes already,” he said. “We have not really seen a trend to smaller turkeys this year. We have seen good sales in all sizes, but whatever the size of your gathering we have what you need.”

Overall, Americans consume about 40 million turkeys each Thanksgiving, according to the National Turkey Federation.

Foodfair is also offering a hot to-go full holiday Thanksgiving dinner for two for $32.99 and a dinner that feeds six to eight people for $69.99, which includes a 10- to 12-pound turkey or six-pound ham, two pounds of mashed potatoes, two pounds of stuffing, two pounds of green beans, one pound of turkey gravy, one pound of cranberry relish, one dozen dinner rolls and an 8-inch pumpkin or apple pie.

With Thanksgiving less than a week away, many other grocery chains and restaurants are running sales and specials, including turkeys and fully cooked dinners.

ALDI says it has everything from the turkey to the sides and desserts for less than $30 — offering an even lower price for the meal than in 2019.

“Customers expect unbeatable prices at ALDI and the holidays are no exception. While nearly every aspect of our lives is rapidly changing, we promise to continue to do everything in our power to keep prices down,” said Jason Hart, president and CEO, ALDI U.S. “We’re proud to provide shoppers everything they need for a traditional Thanksgiving meal from ALDI for less than $30.”

In Kroger’s Mid-Atlantic division, which operates more than 100 stores in West Virginia, Kentucky, Ohio, Virginia and Tennessee, the busiest time to shop leading up to Thanksgiving in is typically the Tuesday and Wednesday before Thanksgiving between the hours of 11 a.m. and 6 p.m.

Cracker Barrel restaurants will be open for dine-in service on Thanksgiving Day, but if you’d rather stay home, it offers a complete meal for eight to 10 you can pick up and simply reheat. It comes with two turkey breasts, cornbread dressing, gravy, cranberry relish, three sides, yeast rolls, and pumpkin pie and pecan pie. It also offers a smaller to-go meal that serves four to six for $69.99.

Meanwhile, Walmart has teamed up with several brands to offer a free Thanksgiving dinner to customers during the pandemic.

Ibotta, Campbell’s, Butterball and Coca-Cola have all teamed up with Walmart to offer the 100% cash-back offer, which is available while supplies last.

To take advantage of the free family-style meal, customers can shop for the items included in the line-up at Walmart or through Walmart.com. After purchasing the goods, customers will need to either download the Ibotta app or visit the Ibotta website and scan the Walmart receipt or link their Walmart Grocery accounts with Ibotta to earn the 100% cashback for the purchase.