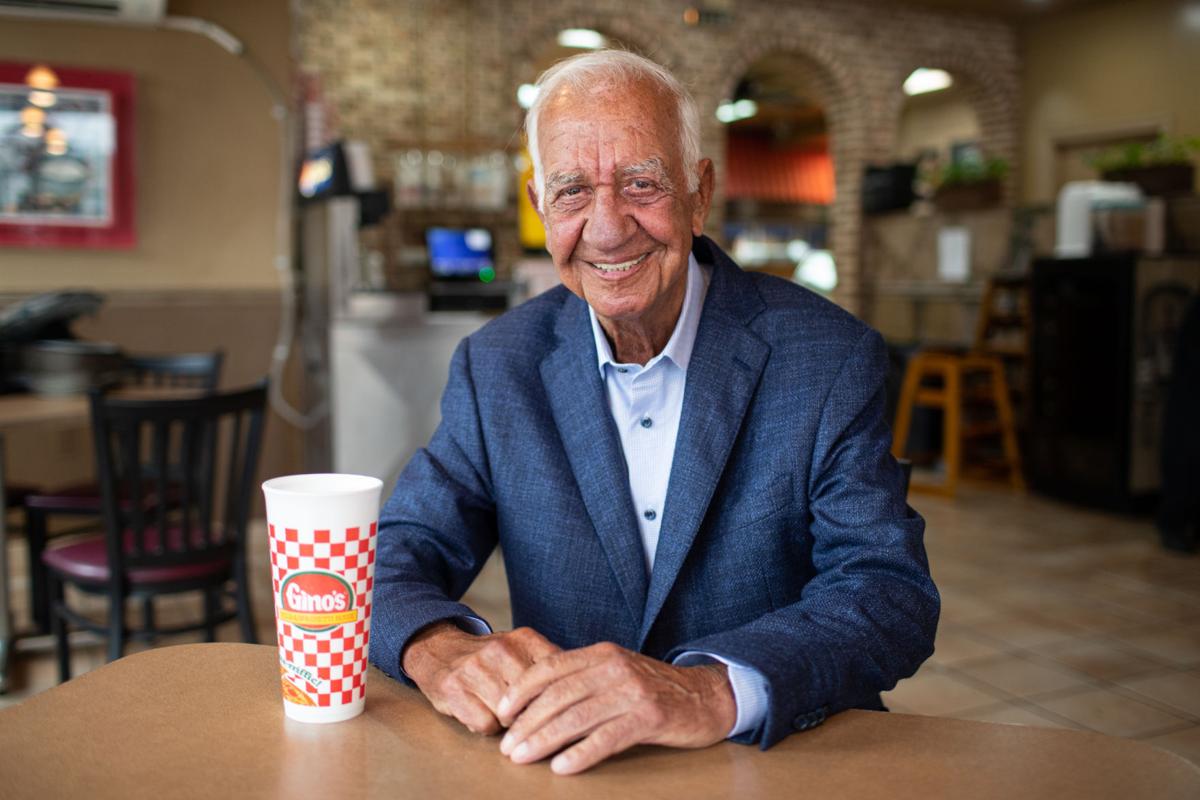 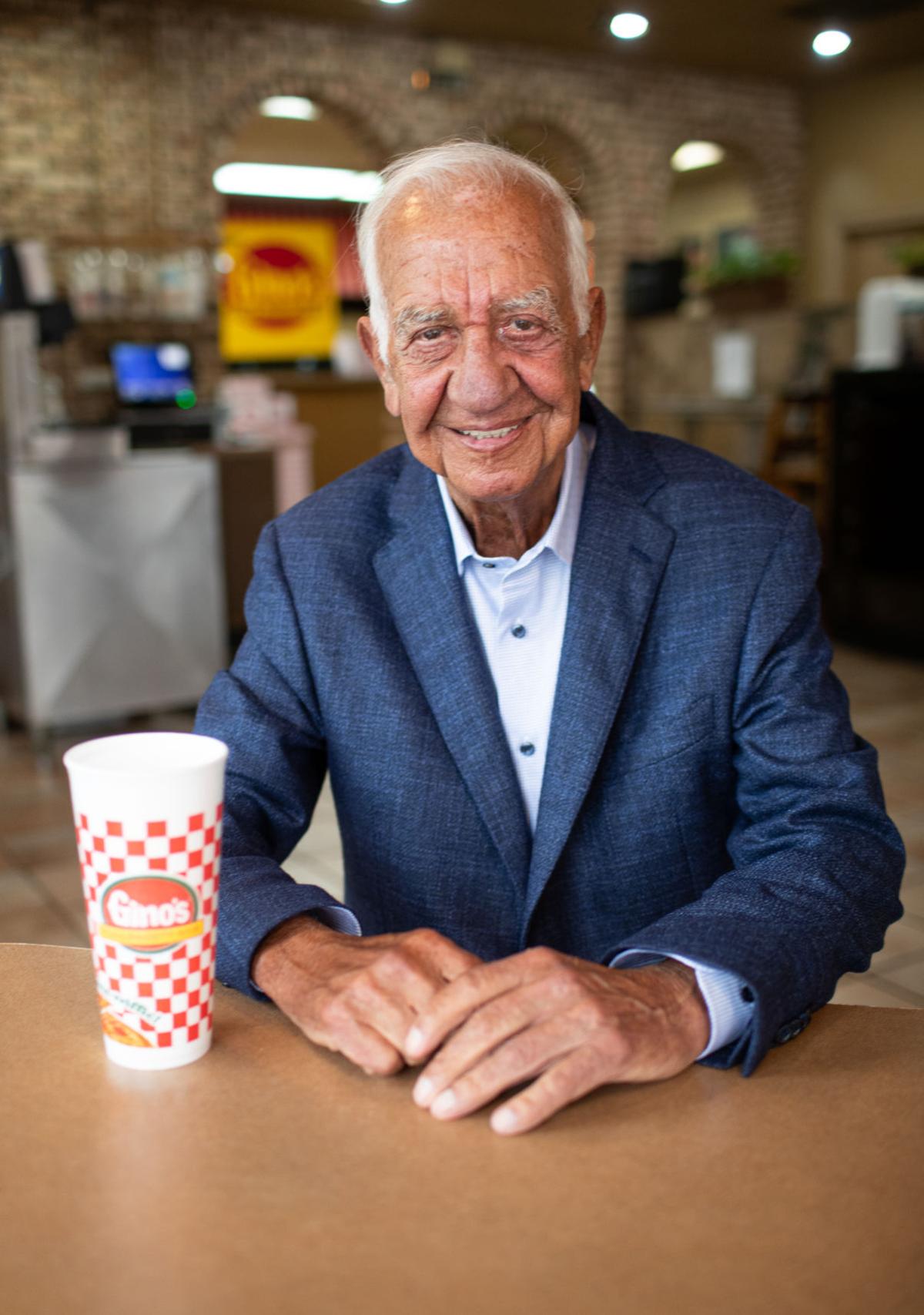 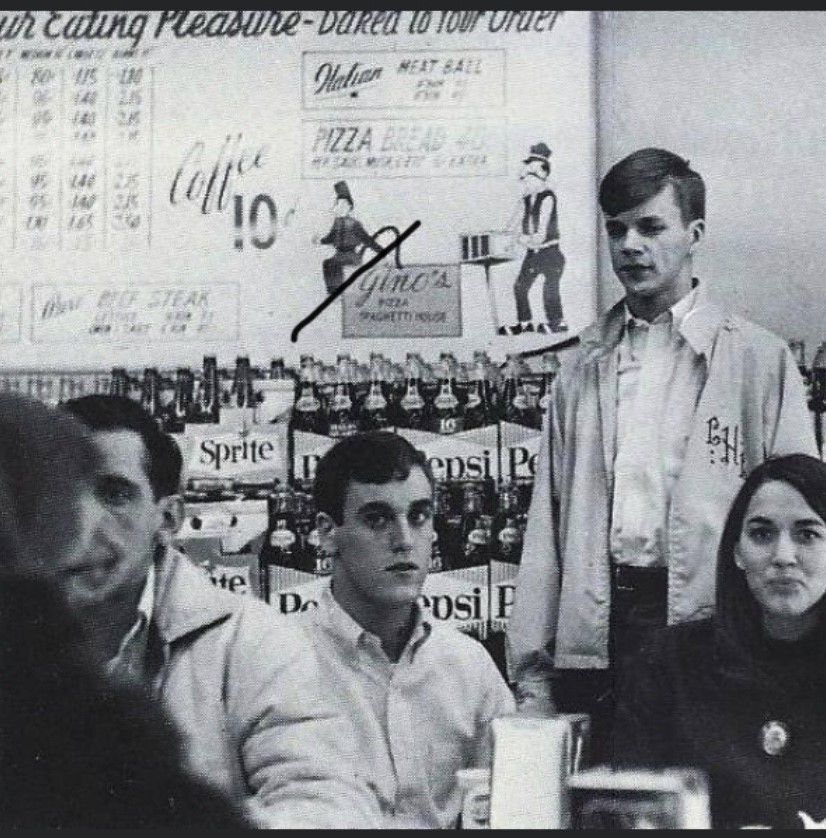 This picture from 1968 shows Marshall University students inside the Gino's on 29th Street in Huntington. 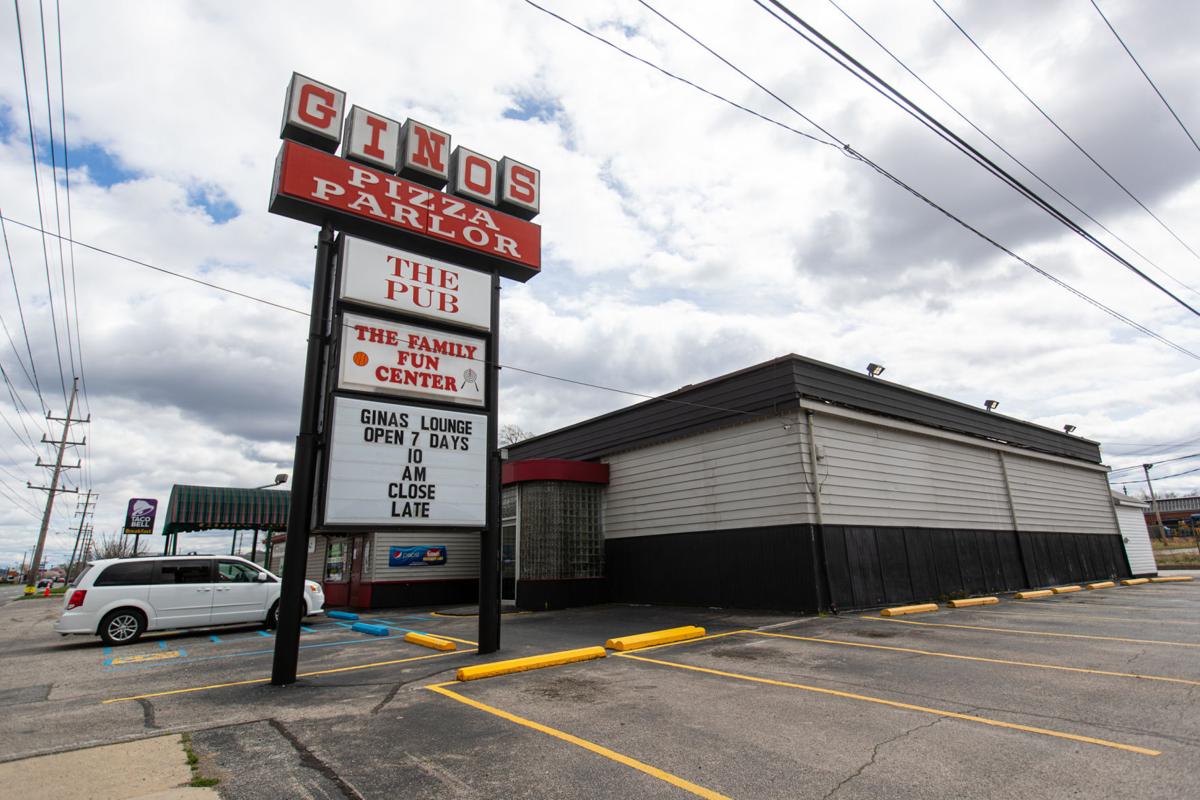 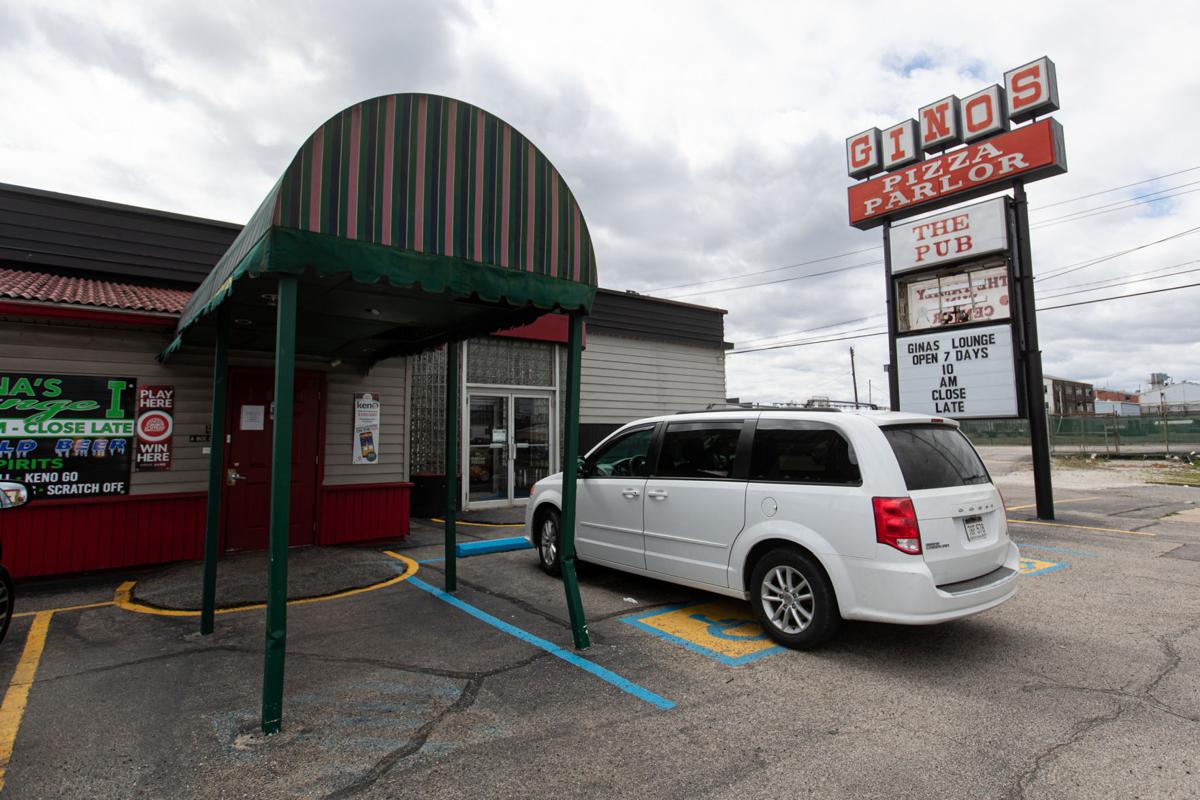 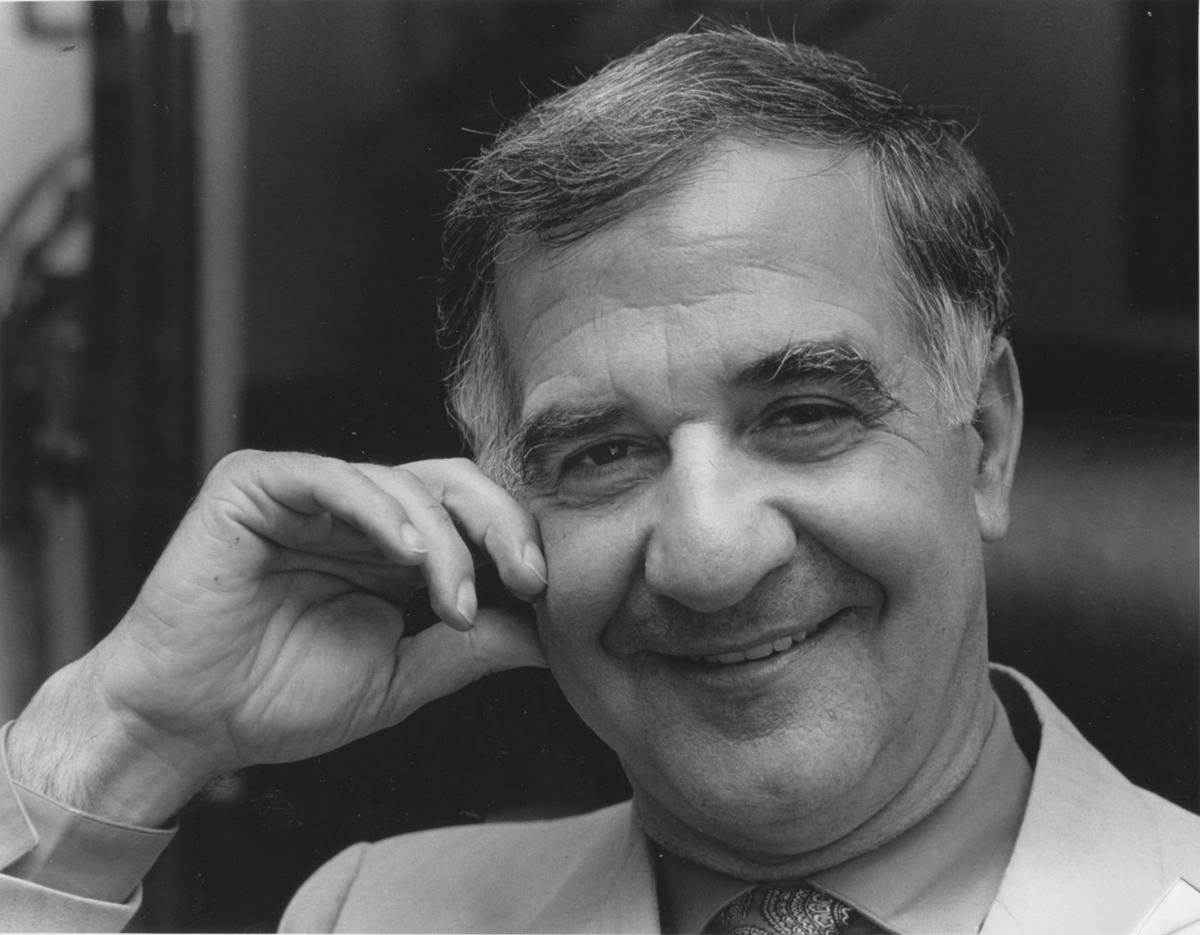 This picture from 1968 shows Marshall University students inside the Gino's on 29th Street in Huntington.

HUNTINGTON — Gino’s Pizza and Spaghetti House will celebrate its 60th anniversary on April 1.

“It’s hard to believe it’s been 60 years,” said the company’s founder, Kenney Grant. “I am so thankful to the people of Huntington, because this is where it all began.”

As a kid growing up in Huntington, Grant said he was influenced about business at an early age.

“My parents Arthur and Myrtle Grant owned Grant’s Market on 8th Avenue and I had the dream of owning my own small grocery store,” he said.

But in 1960, he attended a Marshall football game that changed his dream.

Grant said his wife told him he couldn’t even fry an egg.

“I told her that I could learn,” he said.

In 1961, Grant was working two jobs. He worked 40 hours a week at a chemical plant and 30 hours at a grocery store. He said he was off on a long weekend and decided to take a Greyhound bus for Cincinnati to check out pizza places there.

“I looked at a telephone book at the bus station and looked up pizza places,” he recalled. “I saw one place that said, ‘All ingredients processed in our kitchen,’ so that was the one I wanted to go to. I caught a bus to Norwood, Ohio, and went in and told the owner that I was from Huntington, West Virginia, and that I wanted to work for him for two weeks.”

Grant said he paid the owner $200 to train him and give him his recipes.

“He said something back to me in Italian,” Grant said. “I didn’t know what he said, but then he gave me the finger so I sort of figured out what he had said.”

Just as Grant was getting ready to leave, the man’s wife spoke up and said she was the one making the dough and she would train him. After his training was over, he went home with the recipes and a few pizza pans the owner gave him.

“There was a small luncheon place on 29th Street near the old Huntington East High School that had closed,” he said. “So I rented it for $50 a month. My uncle remodeled the store for me. I bought two tables, five chairs and a pizza oven. My father had an old cash register from his grocery store that he gave me. I rented a Coca-Cola machine so I could sell drinks. I bought a used grill, and my mother bought me a refrigerator for the kitchen. I didn’t have the money for a new mixer so I went to Price’s Bakery on 20th Street and asked if they would make some pizza dough for me. I gave them the recipe that I had. Harry Price was the owner and said, ‘This isn’t a pizza dough recipe, but I will give you a recipe for pizza dough.’ I told him no, thanks, and this is the one that I want. It is the same recipe that we use today.”

“I had one employee and I was still working a full-time job at Allied Chemical,” he said. “I made a sign using black shoe polish that said, ‘Gino’s Pizza now open.’”

When he got off work, he rushed over to his new Gino’s and there was a man buying a pizza.

“I looked to see how much we had done and it was $38,” Grant said. “I thought that was a pretty good start.”

In 1964, Gino’s moved to a larger place across 29th Street, and in 1966, Grant opened Gino’s Pub along 5th Avenue, which was popular with the workers at the local hospitals, the nickel plant and the Marshall University crowd.

“I came up with something called pizza bread,” he said. “I was the first in this area to make pizza bread out of a Pepperidge Farm bun. People loved it.”

The next Gino’s opened in Logan and was franchised to Grant’s attorney and longtime friend Bill Frazier. Grant credits Frazier for the growth of the business. Even before he had much money to spend on legal matters, Grant could always call Frazier and get some sound advice.

“Without him, I wouldn’t have had the growth that I had,” Grant said.

In 1968, he franchised with Oshel Craigo, who now owns several Gino’s stores in the Charleston area. Now there are Gino’s restaurants as far away as Elkins.

Today, Gino’s has a total of about 50 locations statewide, nine of which are still owned by Grant.

He has 150 employees, many of whom have been with him more than 20 years. That includes two of his three daughters, Diana Sturm and Anita Bartrum, and other family members as well.

“We have been very fortunate to have such great employees and loyal customers,” Grant said. “It’s truly like a family here.”

Nancy Smith, who wears many hats in her job at Gino’s, has worked there for over 35 years.

“I love it,” she said. “My co-workers and customers are like family. Also, Kenney Grant is wonderful to work for. He knows the business and is involved daily. He’s an excellent business man.”

Smith says it’s the quality of Gino’s food that keeps customers coming back.

“Our product has stayed the same for 60 years,” she said. “We still do everything the old-fashioned way.”

It’s been a fun 60 years, says Grant, who’s now 90 years old, splitting his time between his home in Barboursville and time in Florida. He has a lot of stories to tell, such as how he gave Mike D’Antoni his first job (a bartender at Gino’s Pub), how Ricky Huckaby played there in his younger years, and many others.

“I had a woman tell me that her husband proposed to her at the first Gino’s many years ago,” he said. “I have people tell me about their grandparents bringing them to Gino’s and now even some telling me their great-grandparents loved coming to Gino’s. I just can’t thank the people of Huntington enough for their support these past six decades.”

As for the name Gino’s, Grant said it was an easy choice.

“It sounds a lot more Italian than Kenney Grant’s Pizza,” he said.