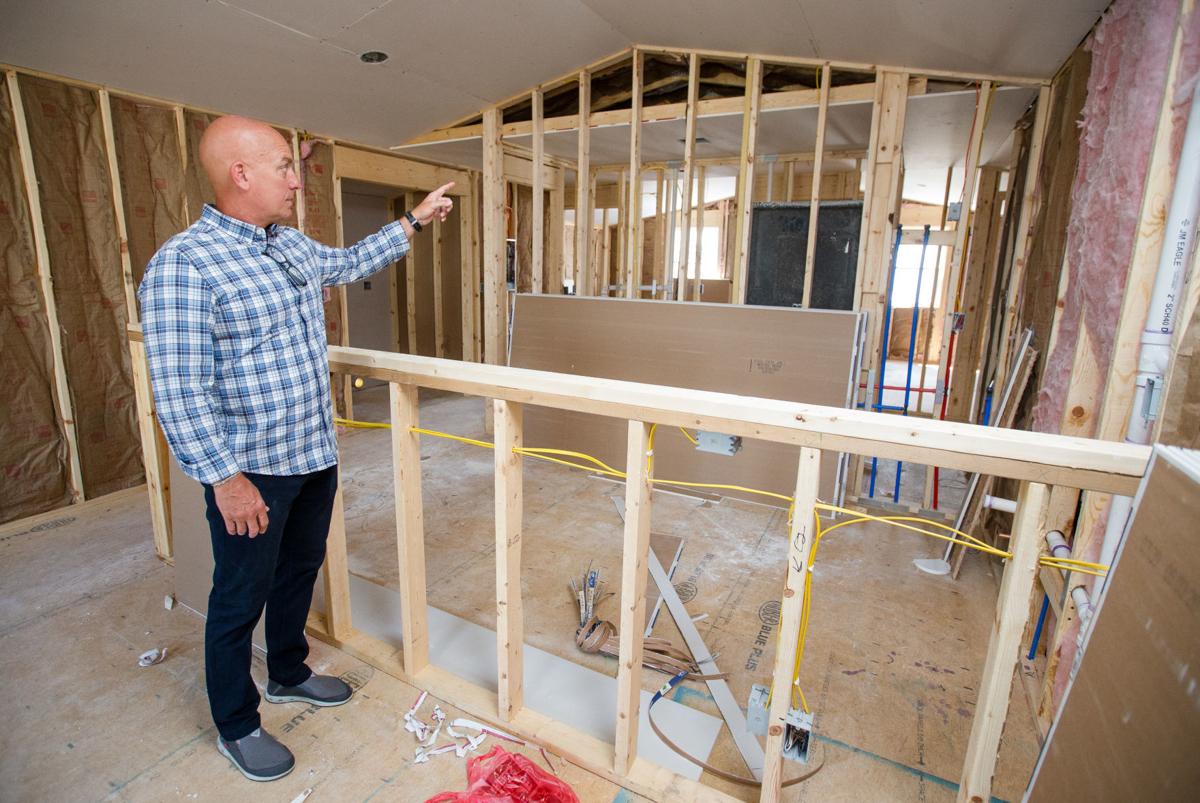 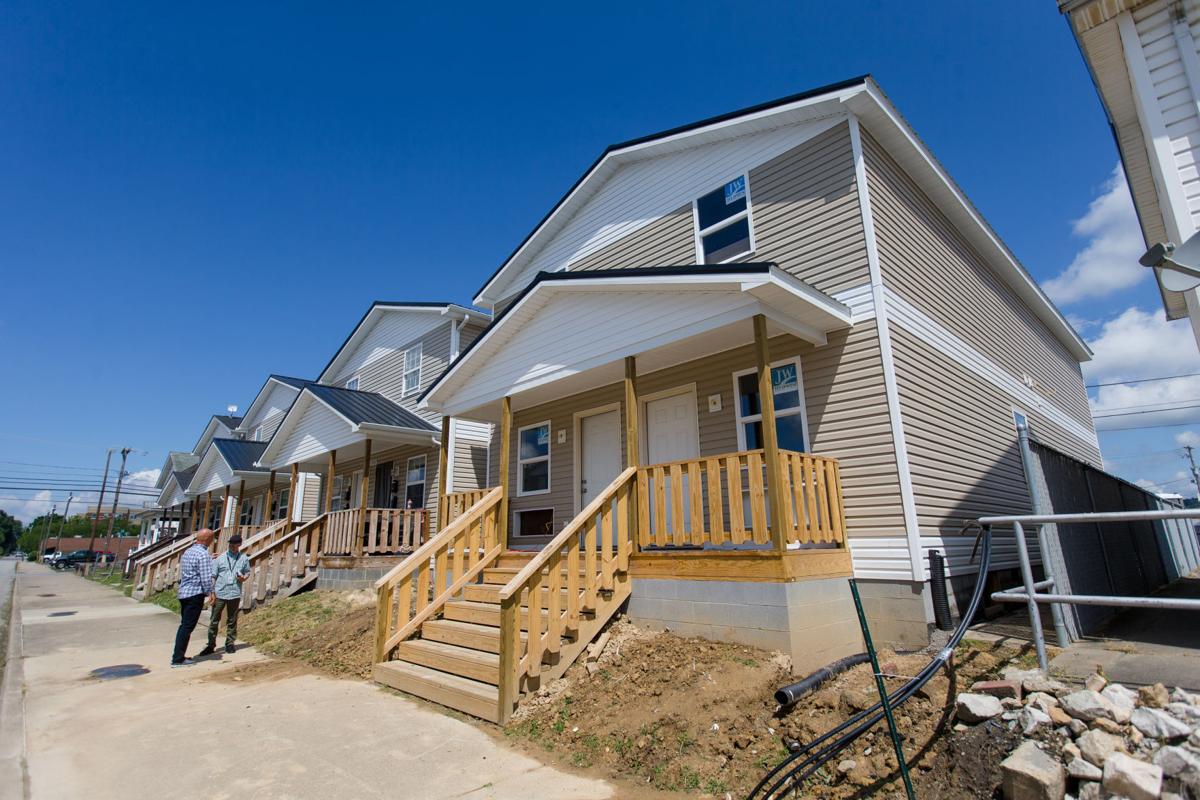 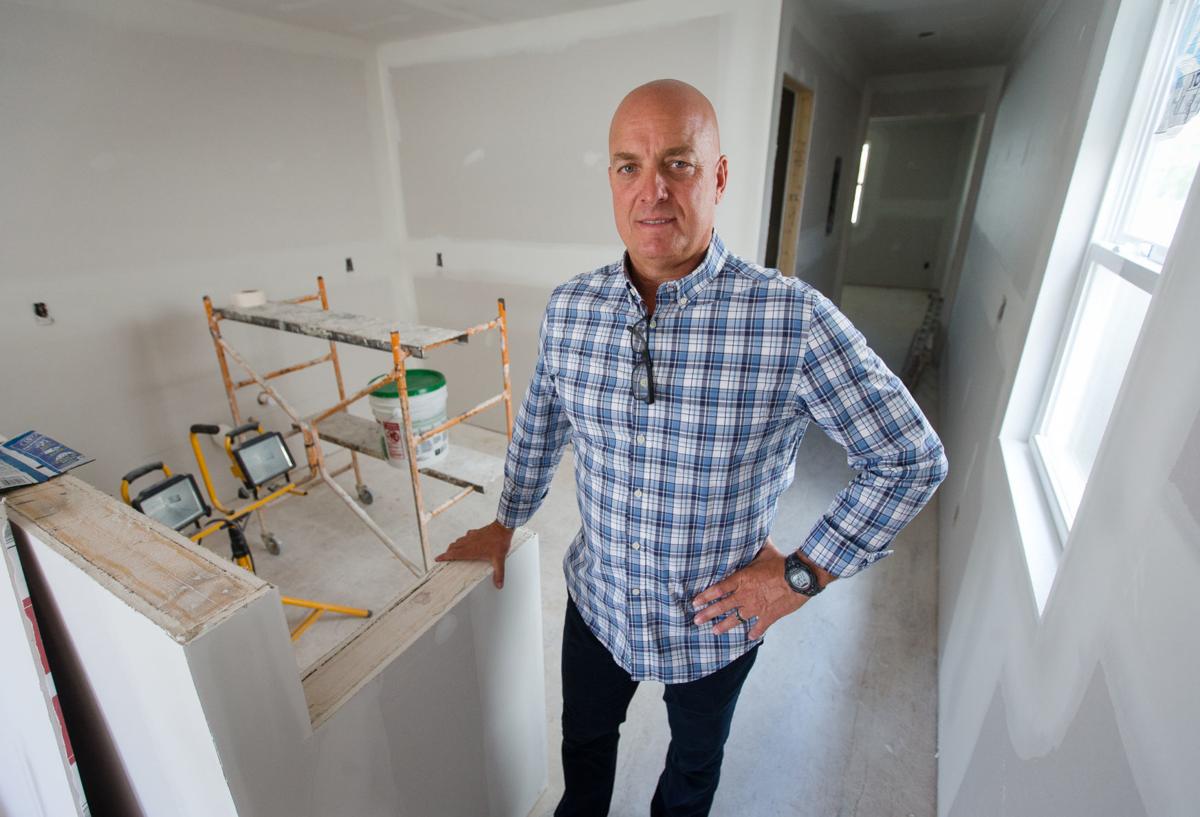 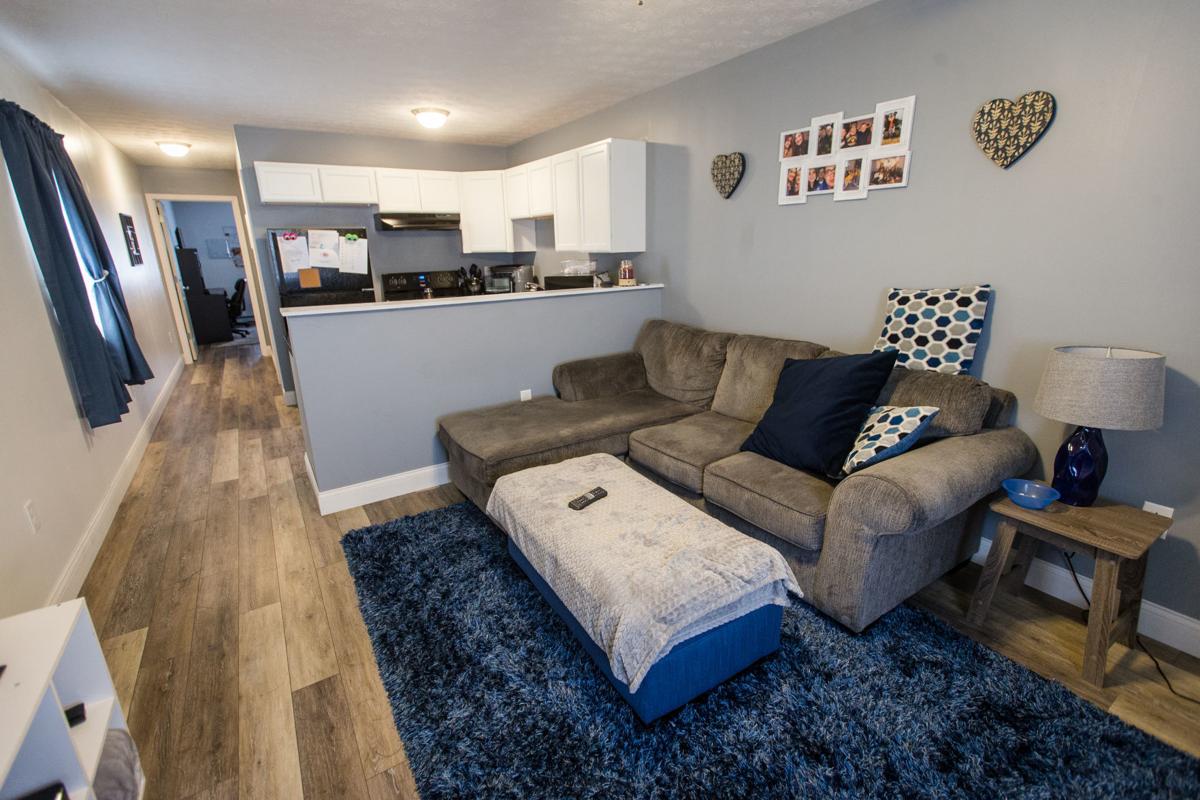 The finished interior of one of Big Green Properties' apartments is seen on Friday, June 19, in Huntington. 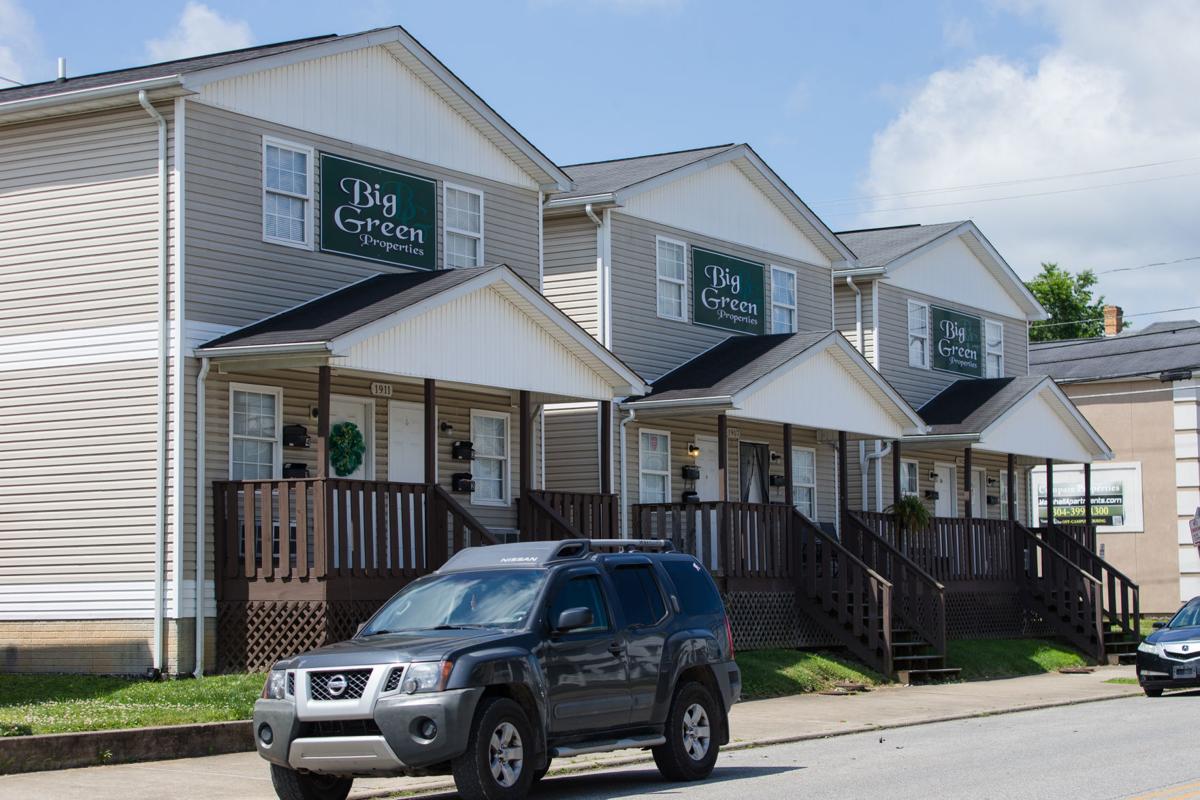 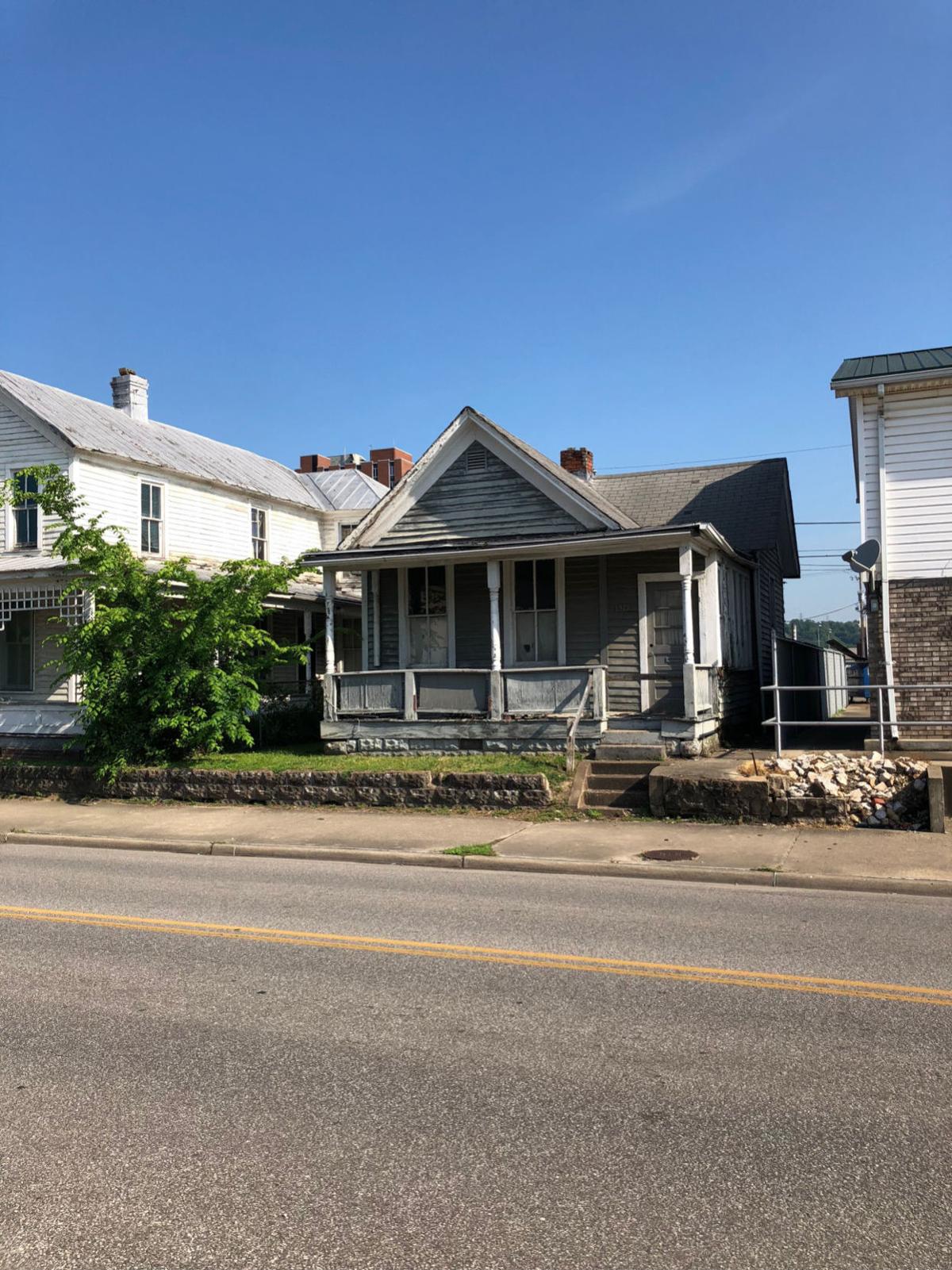 This abandoned house was demolished and rebuilt into new housing by Big Green Properties.

The finished interior of one of Big Green Properties' apartments is seen on Friday, June 19, in Huntington.

This abandoned house was demolished and rebuilt into new housing by Big Green Properties.

HUNTINGTON — Many neighbors in Huntington know them all too well.

Strung around the city, they’re the houses that have sat vacant for years — essentially abandoned, seemingly forgotten and often slowly deteriorating.

In 2019, the city of Huntington announced a plan to prioritize a list of nuisance structures and then demolish more than 100 of them. The project titled “B.A.N.E.” (Blight And Nuisance Elimination) uses money collected from private donations — largely from anonymous sources — as well as some corporate-sponsored funding and grants and some general revenue funding from the city.

One of those success stories is private developer and local business owner Chris Porter with Big Green Properties in Huntington.

“Everyone knows these abandoned homes are an issue, especially for those that have to live near them,” Porter said.

Porter has spent over 25 years building, rehabbing and buying abandoned houses and businesses in the Tri-State area. He says instead of just relying on the city to fix the abandoned housing problem, he is taking a proactive approach by targeting some of these homes for development.

“Recently, I took this house on 6th Avenue, near the Marshall University campus, that had been sitting here abandoned for nearly 25 years and tore it down so I could build new housing for students and families,” he said. “These housing units will be ready by August and have already been rented.”

The house currently under construction is just one of 18 abandoned houses or buildings constructed by Porter’s company, Big Green Properties.

“Most of our properties are in walking distance to Marshall University campus,” he said. “Here at Big Green we like to have the personal touch and to interface with the students and families to meet their needs.”

“Our properties include one-bedroom, two bedrooms, three-bedroom apartments and four- (and) five-bedroom homes,” she said. “They all are very affordable and appeal to everyone.”

Webb says the company is also trying to assist students and families financially affected by the COVID-19 pandemic.

“Many of our student tenants have service-oriented types of jobs and many have been subject to lay-offs or lost their job. Some have been unable to work,” she said. “We waived all the late fees and worked with them as best as we can with payment arraignments, but many are still struggling to meet their financial needs.”

Porter says there are daily challenges for everyone due to the pandemic, but he remains determined to help those needing housing and wanting to live their best life.

“‘Livin’ your best life’ is a new slogan that Big Green Properties will be sharing with the Huntington community,” he said. “No matter where you are in life, live your best life and work hard to achieve your goals and dreams. When things get hard, that’s when it’s time to double down on the hard work. That is what I try to do every day.”

This slogan is etched in the heart of Porter, who says he was diagnosed with extreme learning disabilities at a young age.

“My family never gave up on my bigger-than-life desires to contribute to the world in a big way,” he said.

Porter graduated from high school and began working for his father. He said he knew he wanted to go to college and was determined to beat the odds.

“I enrolled at Marshall University and would not have graduated without the HELP program,” he said of the Higher Education for Learning Problems (HELP) academic support program. “Without the tools and helpful staff from the HELP program, I doubt I would have been able to graduate with a four-year degree, much less continue to earn my master’s.”

Porter said he knew Huntington was the place he wanted to stay and raise his family.

“I love Huntington and love to work. I am goal-driven and want to spend my days with like-minded people that want to get the job done,” he said. “I have little tolerance for people that create obstacles and try to make doing business difficult. I want to work together with everyone, including the city, to make these things happen faster for local developers.”