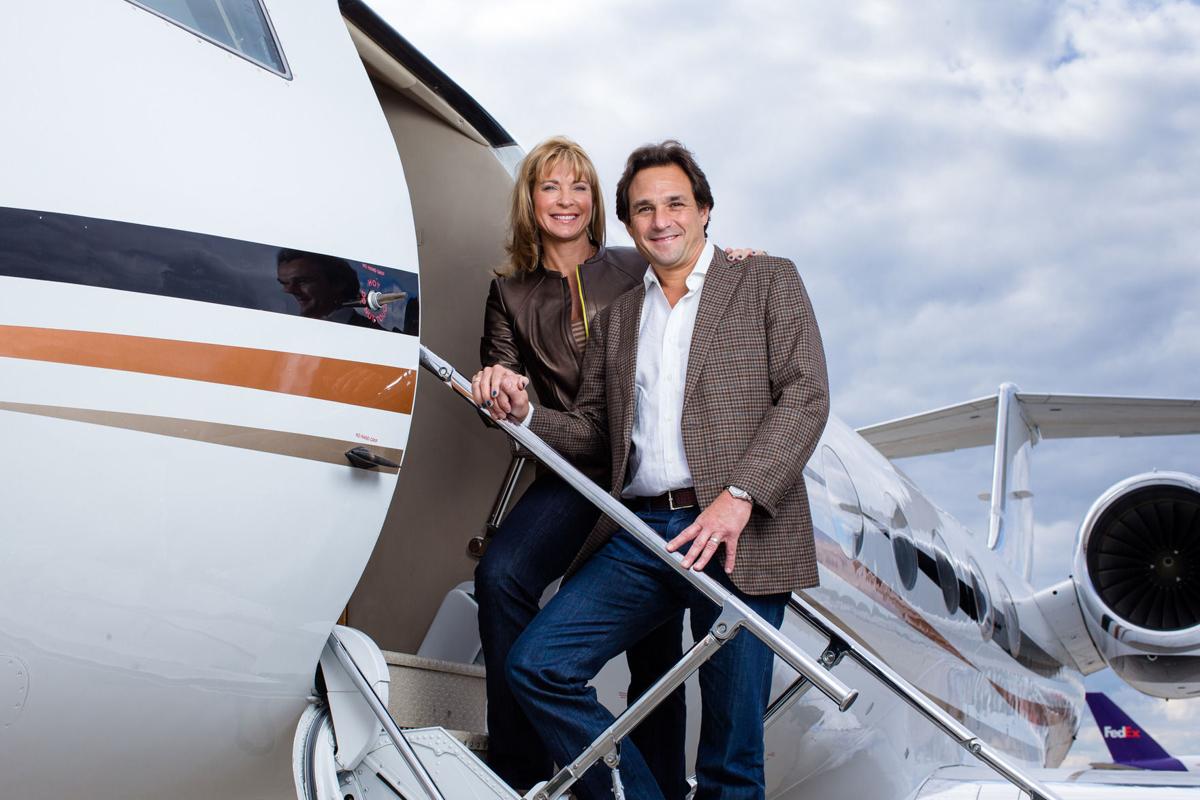 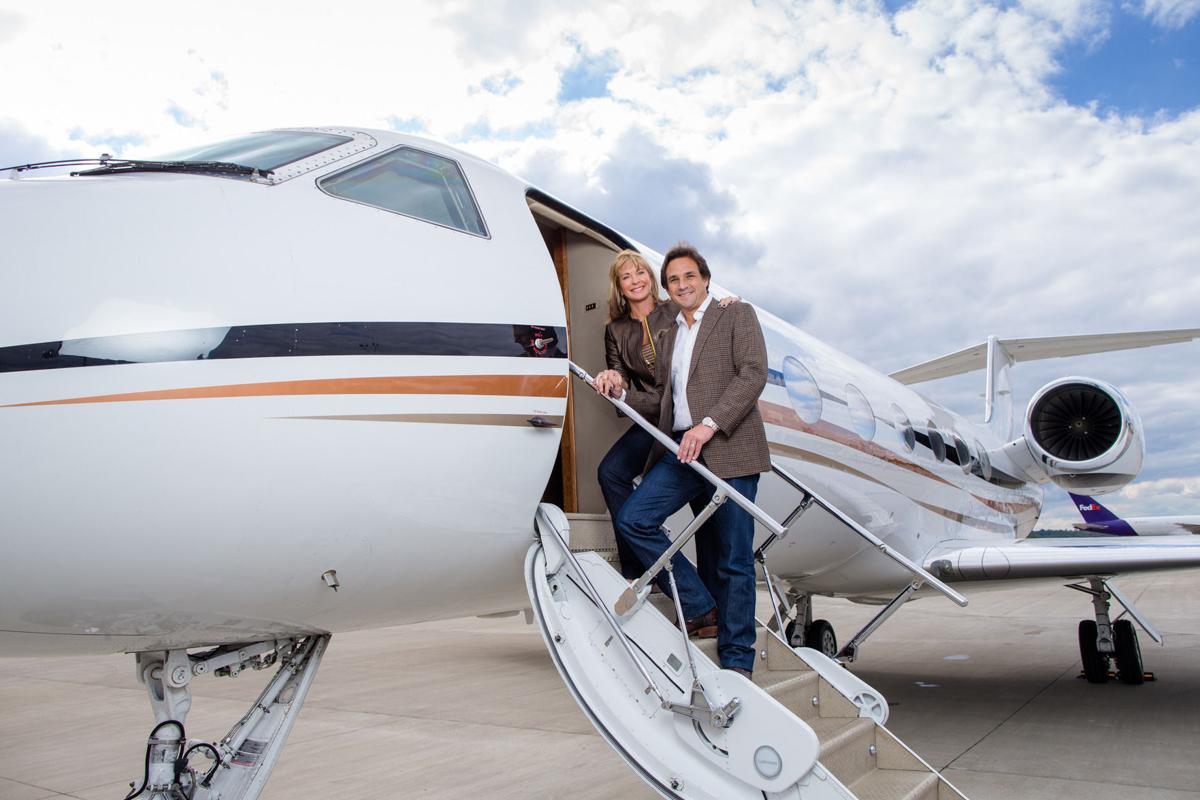 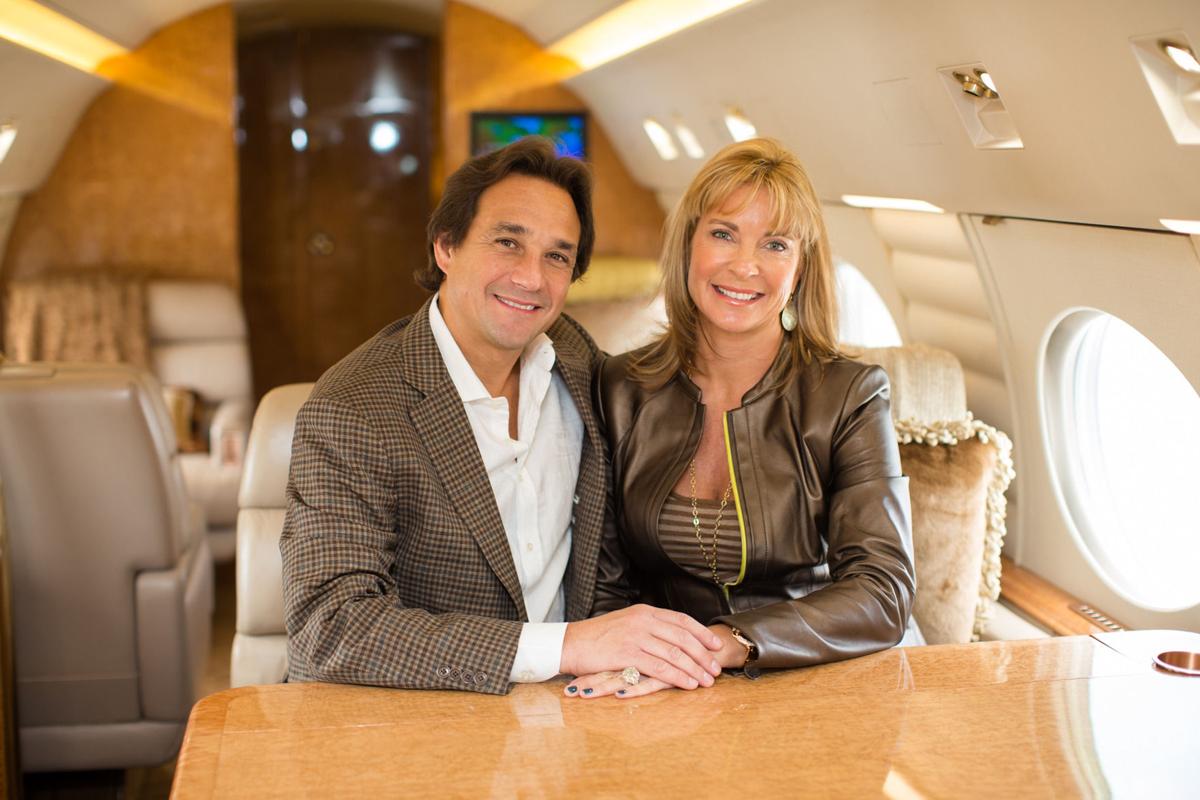 Eric George and his wife Kim George pose for a photo with their private jet on Sunday, Sept. 22, 2013, at Tri-State Airport.

Eric George and his wife Kim George pose for a photo with their private jet on Sunday, Sept. 22, 2013, at Tri-State Airport.

HUNTINGTON -- Don't believe anyone who says, "You can't."

Those are the words of Dr. Eric George, who grew up in Huntington and graduated from Huntington East High School and then Marshall University and Marshall's School of Medicine. Today, he's a hand surgeon/entrepreneur in New Orleans involved in too many industries and projects to mention, and who is living a life that some perhaps thought he couldn't.

"You can come from anywhere and dream big and try to pursue what you want," said George, founder of The Omega Hotel, a luxury hotel in Louisiana, and The Hand Center of Louisiana, which treats NFL players and key players in the oil and gas industries, among other businesses.

"Try to find what you want to do, and don't let people tell you you can't do it," he advised. "Luckily for me, I had great teachers and people who really supported me -- my family, my wife."

Huntington gave George tools and the foundation he needed to live an extraordinary life, he said.

The son of Betty George and retired Huntington attorney Louis George, who are now residing in South Carolina, George was one of four brothers. He played football at East and met his bride, Huntington High graduate Kim (Hendrick) George, while they each were on a senior trip to Myrtle Beach in 1981.

When he graduated from Marshall, George had been accepted to both law school and medical school. He decided to try medical school for a couple of years and then maybe switch to law school to focus on medical malpractice.

"But I really liked medical school," he said. He even got a little boost with some help from Marshall's Medical H.E.L.P. program, which helped him speed up his reading. Though his IQ was upwards of 150, his ability to read quickly was at the 12th-grade level, a problem for a medical student considering the bulk of reading necessary.

"Barbara Guyer (with Marshall's H.E.L.P. Program) was great with me," he said. "It was a fascinating experience. I did fine in school and got great grades, but I knew it took me longer to read than it did other people. She got me tested, and later I talked on a couple of panels (about the experience)."

After Marshall, he completed his residency in general trauma surgery at Michigan State University, followed by fellowships at the Mayo Clinic as well as the Grand Rapids Area Medical Education Center in reconstructive surgery.

He settled in New Orleans and established a busy hand practice before founding The Omega Hospital in 1999, a luxury hospital chain where patients get more one-on-one attention and rooms have the feel of a hotel.

"We really knocked them dead in that one," he said.

He wanted to create a physician-driven facility to remove any barriers between physicians giving the attention and care to the patients that they wanted and the physicians the patients wanted.

"We selected the top docs in the area. We cherry-picked who we thought were the best physicians and put them in our facility and that drove a lot of the volume in that area," he said.

"It was a physician-owned facility. It's a beautiful facility -- flatscreens, catered meals, mini bars. It's really like a hotel, and New Orleans is all about hospitality."

He also owns a couple of ambulatory surgery centers.

Once he delved into the luxury hospital business, "then I started as a hotelier, and I own a couple nice hotels in New Orleans," 50-year-old George said.

He's part owner of Windsor Court Hotel in the downtown district, as well as Omni Royal Orleans, in the heart of the French Quarter.

With a lot of good people around him to assist in his many ventures, George also owns restaurant franchises and assisted living centers, as well as a teak wood farm and a pineapple farm in Panama. Also on the list are an online tutoring business, a parking app, and Remote MD, which provides cameras on oil rigs in the ocean so that if someone is hurt on a rig, physicians can monitor injuries with digital cameras.

"So you don't have to fly people in if it's not a life-threatening injury, "George said.

He also owns some oil and gas properties in Oklahoma, as well as C-Dot Aviation, a Gulfstream IV SP aviation company named in memory of his brother, the late Aaron C. George, a fighter pilot killed in a crash. His nickname was C-Dot. His own Gulf Stream jet is a $30 million plane that can fly 10 hours over ocean and get him, for example, from Huntington to London in one flight, he said. It's taken him to continents across the globe.

"There's a big strong music influence in New Orleans, and we started the Tipitina's Foundation. We give instruments to under-privileged kids and have practice studios in multiple states for rock bands and garage bands and college marching bands. We set them up with sound equipment," he said.

His philanthropic work doesn't end there. He helped build a school in Mombassa, Kenya. He established a Yeager Scholarship at Marshall in memory of his brother Aaron.

With two grown daughters -- Chloe, who is studying international relations at Harvard, and Cassidy, who is studying the arts at New York University -- he still visits Huntington often, along with his wife, Kim, a physical therapist and exercise instructor.

Though his parents and one brother now live in Hilton Head, S.C., and another brother lives in Denver, his mother in-law lives in Huntington, and he still considers it home.

"We still call Huntington home," he said. "We still like to get a Stewart's hot dog, a Tudor's biscuit and go to a Marshall game."

He remembers growing up and going to the Peanut Shoppe before heading to the Keith-Albee for a matinee.

"It still has a really great spot in our hearts," he said.