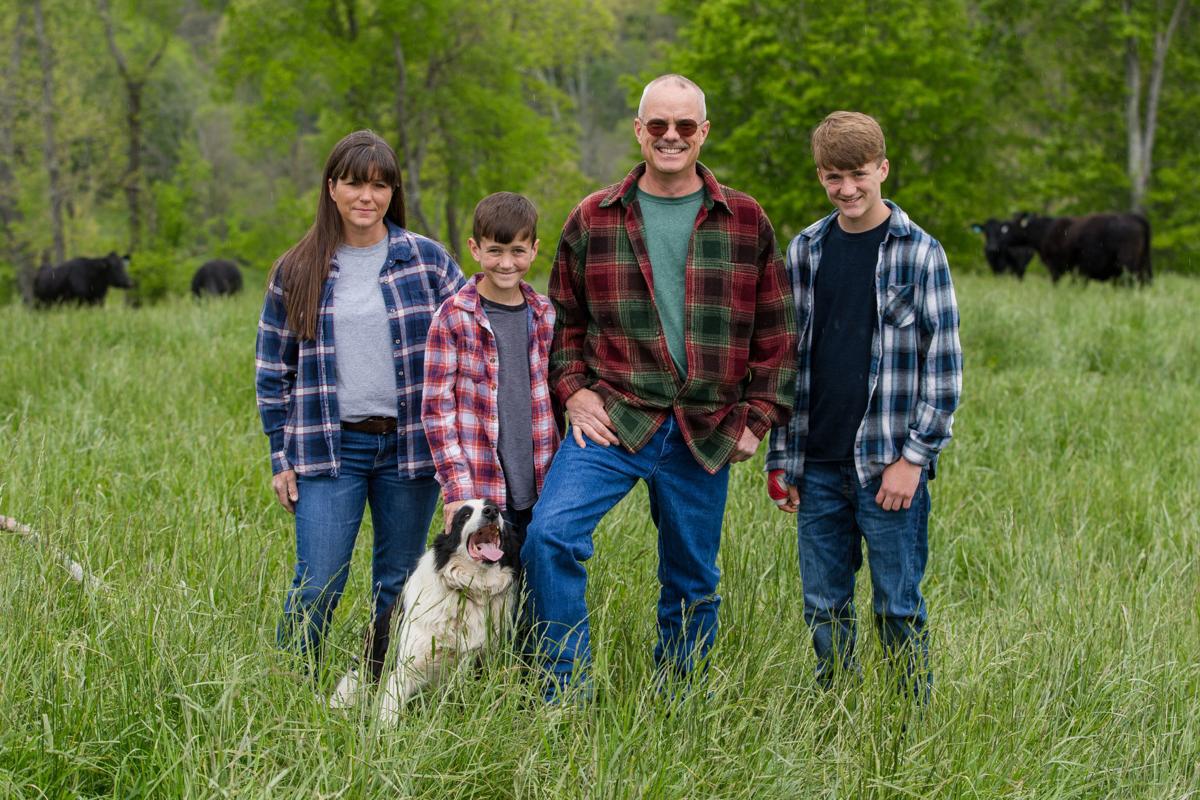 Double Shoe Ranch owner Stephen Walker, second from right, is pictured with his wife, Angie Walker, and sons Alex, 11, and Cody, 13, on Wednesday, May 13, in South Point, Ohio. 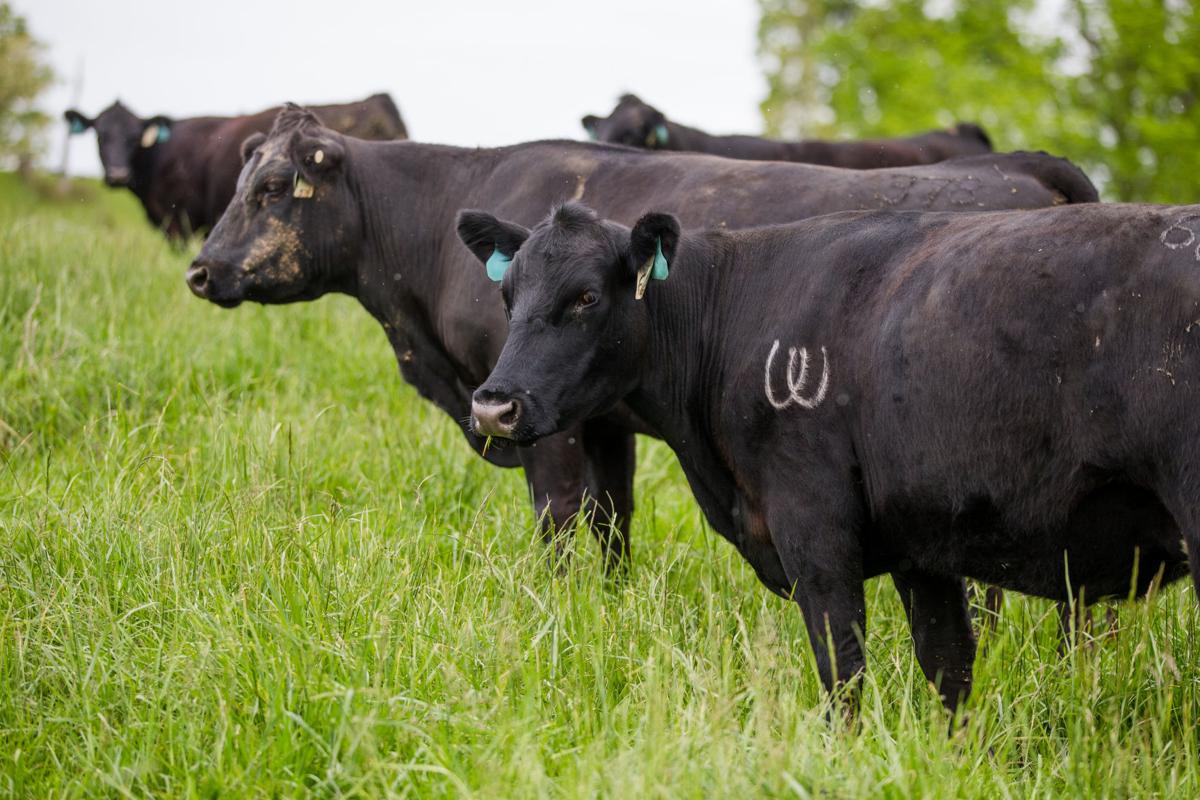 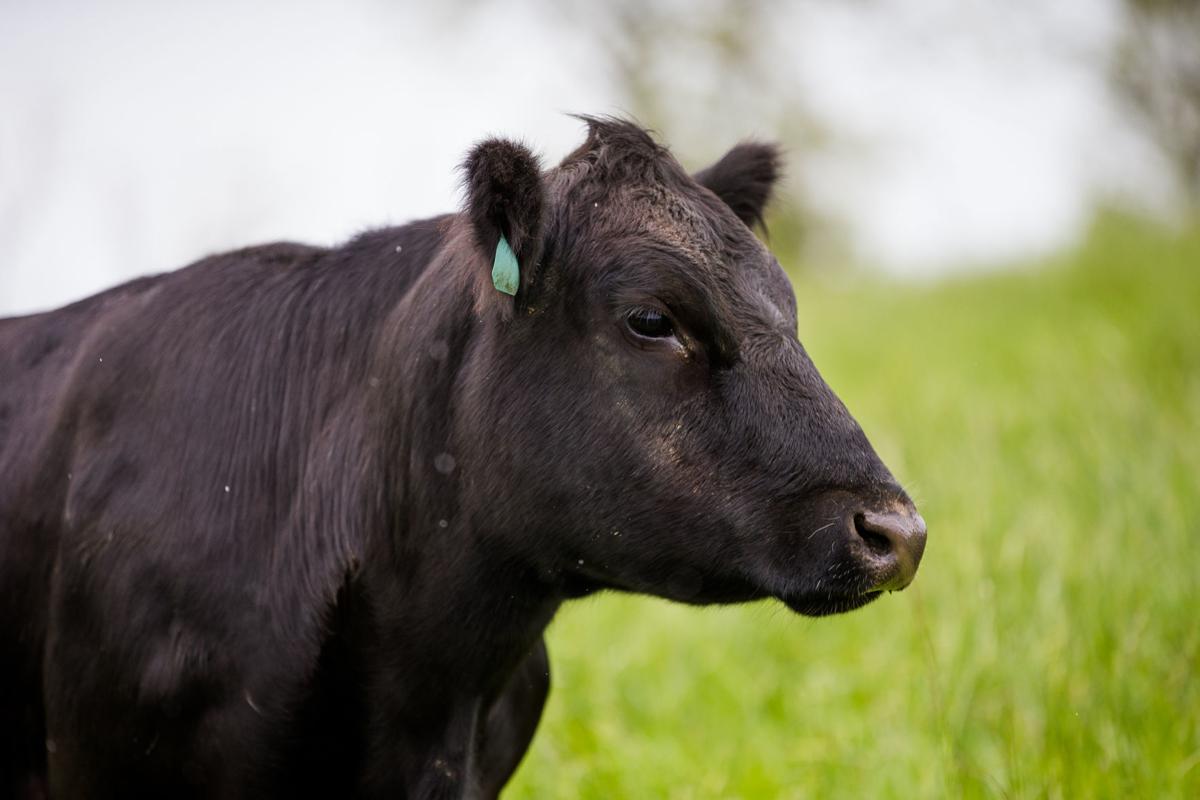 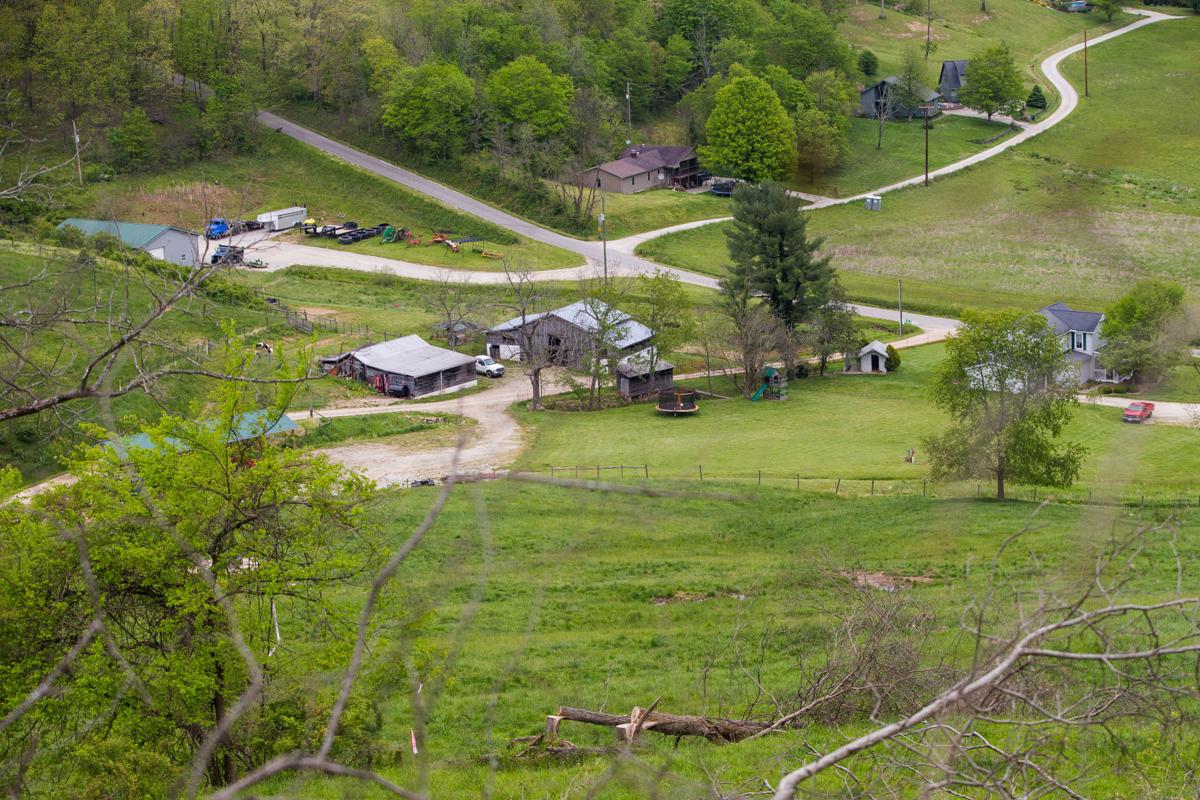 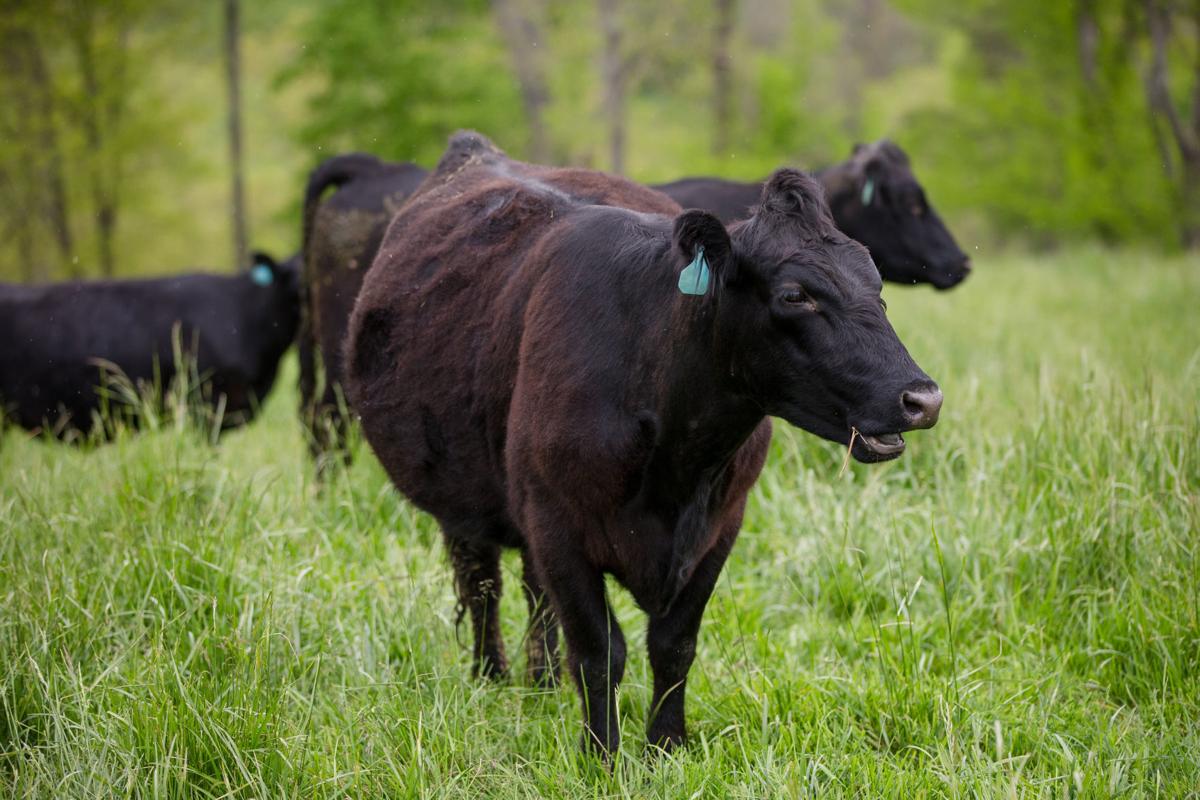 Double Shoe Ranch owner Stephen Walker, second from right, is pictured with his wife, Angie Walker, and sons Alex, 11, and Cody, 13, on Wednesday, May 13, in South Point, Ohio.

SOUTH POINT, Ohio — On a thousand acres in rural Lawrence County, a chemist-turned-farmer and veterinarian says local farms could be the key to solving the nation’s meat shortage.

“The coronavirus pandemic has greatly increased our demand for beef and is overloading the processing plants,” said Stephen Walker, owner of Double Shoe Ranch near South Point, Ohio.

“We have steers available, but appointments for slaughter are now into July. Our butcher is currently booked until the middle of August, so beef ordered now won’t be ready to pick up until the end of the summer.”

The meatpacking industry has been hit hard by the coronavirus pandemic. There have been nearly 5,000 reported cases of workers with COVID-19 at some 115 meat-processing facilities nationwide, according to the latest industry data.

Most meat processing takes place in a small number of plants controlled by a handful of large corporations.

More than a dozen have closed since April and remain closed.

Two meat markets in Kanawha County, West Virginia — T&M Meats in Cross Lanes and Johnnie’s at Capitol Market in Charleston — have had to close temporarily because they can’t get stock from their processors.

Walker began promoting his grass-fed beef for sale this year and has seen a surge in interest and sales. With a background in chemistry and veterinary medicine, he and his family have worked for more than 75 years to develop their herd.

Double Shoe Ranch, located in the foothills of Southern Ohio, was started by the Walker family in 1943. What began on just 65 acres has grown into what now is nearly 1,000 acres of owned and leased land and more than 120 head of Angus cattle.

“All I ever wanted to be when I grew up was a farmer,” he said. “My dad convinced me that if I’d go to vet school, I could still work on farms and I’d be able to make a better living than our meager land could provide. I decided that sounded pretty good and fit in with my love of livestock.”

Walker got sidetracked into a career as a chemist at the then-Ashland Petroleum refinery at Catlettsburg, Kentucky. Eventually, he decided he would rather be a veterinarian and a farmer.

“When I took over the farm in 1993, I used my scientific background and applied it to farming,” he said.

“My background in environmental chemistry helped me to understand the importance of soil health, and I began to realize that many of the traditional farming practices I had grown up with were actually very detrimental to the land I loved so dearly. It became clear to me that it was much better to optimize the soil health and manage the grass. I had to maintain a healthy place for my cattle to grow and thrive.”

Walker says he was told many times that he would not be able to make a living farming in this region.

“I often think many people spend their entire life trying to prove their dad wrong. I’m no exception. I have spent the last 25 years constantly improving my Angus cattle so they are more efficient on grass and produce top-quality beef,” he said.

“The cattle are constantly rotated across our pastures, never staying in the same pasture more than a couple days. This allows the grass to rest and recover in between grazings, which makes it have a deeper, healthier root system, which in turn allows it to produce more top-quality forage for our animals.”

Instead of selling calves at weaning to be sent to a large feed yard and grain-fed the way his grandfather did, Walker keeps cattle until they are 24 to 30 months old.

“This allows them the time to completely mature and fatten,” he explained. “This natural ‘finishing’ is what sets our beef apart.”

Double Shoe Ranch’s beef is marketed through its website directly to the consumer. People may buy the whole animal all the way down to as small a fraction as an eighth, Walker said.

“Selling smaller portions requires licensing similar to grocery stores, and we don’t wish to do that at this time,” he said. “As it is, we are basically selling a cow, or part of a cow, to a customer and delivering that animal to the butcher for them.”

Walker says the farm has always been a family endeavor.

“My wife, Angie, is the real force behind day-to-day operations,” he said. “While I’m away working on other people’s farms, she is the glue that makes sure all the day-to-day chores get done. She can, and does, outwork most men and still has dinner on the table every evening.”

The couple has four children, all of whom have been introduced to many of life’s lessons on the farm.

“Our kids have always been expected to do their part on the farm,” Walker said. “While most of their peers are playing video games, they are walking fence lines and checking on cattle. It’s a lot of work, but the lessons they get in hard work and responsibility we hope stay with them for the rest of their lives. Our oldest two kids are grown and out of the house, but the younger two, Cody, 13, and Alex, 11, are still home and work side by side with my wife and I almost every day.”

Walker says his farmhand, Carl Callicoat, is also a valuable member of the farm team.

“Carl worked for many years for my father on our farm when I was growing up,” Walker said. “He and his wife, Ida, actually babysat my sister and I when I was little, and as I got older he showed me by example how to be a good man. I was fortunate enough to be able to get him back a few years ago, and his constant dedication to the farm allows us to take a break from time to time and still know that everything is being cared for.”