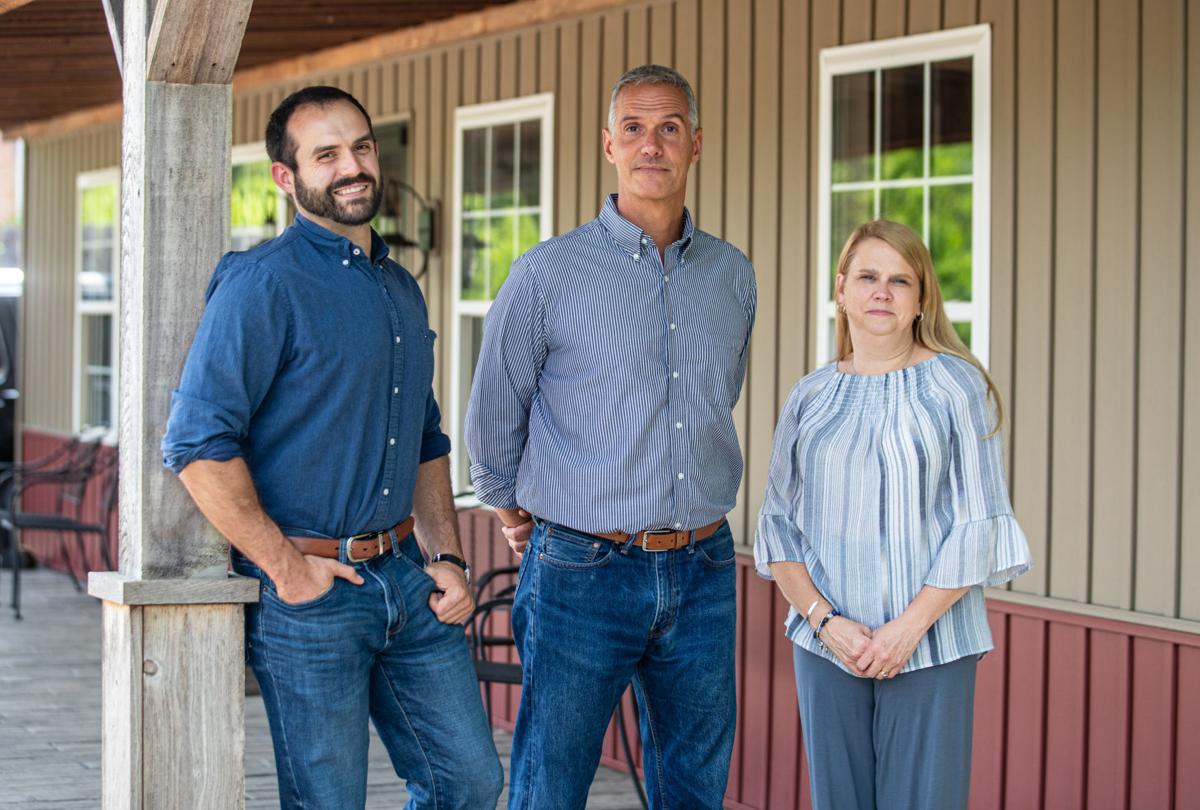 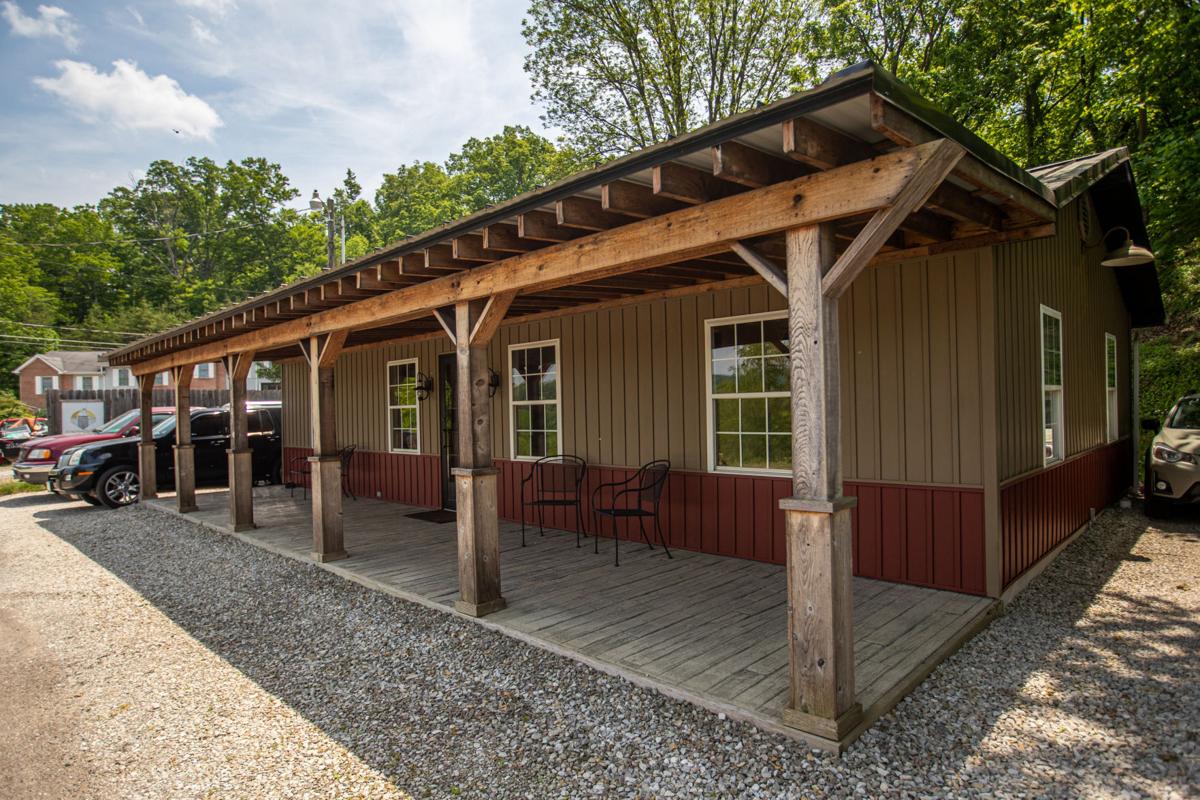 Exterior of StrongTower Investments on Tuesday, May 25, 2021, in Ona. 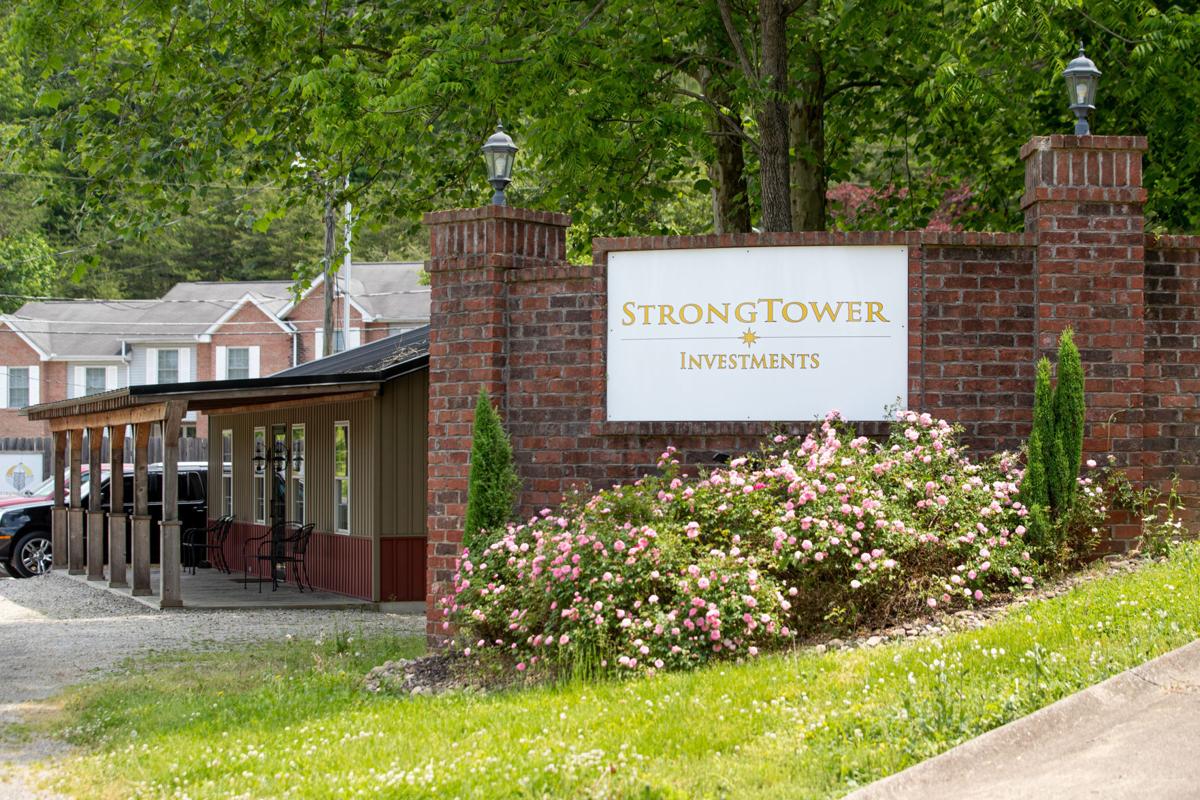 Exterior of StrongTower Investments on Tuesday, May 25, 2021, in Ona.

ONA — They call him “The Oracle of Ona.”

An oracle is a person considered to provide wise and insightful counsel or prophetic predictions, most notably including precognition of the future.

P.A. Nash, an investment advisor in Ona, earned the nickname from friends and clients for his investment philosophy, which is founded on picking investments proven to be perennial winners for decades, not simply quarters and years.

“The Oracle of Omaha is a nickname for Warren Buffett, who is arguably one of the greatest investors of all time,” Nash said. “So I take that nickname as a great compliment.”

Nash, 52, is the owner of StrongTower Investments in Ona. It is a full-service investment firm specializing in asset management services, portfolio construction and retirement fund oversight.

“We joke that we are downtown Ona’s financial district,” he said. “That’s said tongue-in-cheek, but it does reflect what drives us and sets us apart from other investment firms.”

Nash is StrongTower’s managing principal with nearly 25 years of experience as an investment advisor beginning with A.G. Edwards in 1998, working in both Ashland and Huntington.

“We purchase and sell securities, like stocks, bonds, mutual funds, certificates of deposit (CDs) and more for our clients and manage their portfolios in response to the prevailing market forces,” he said.

Nash set the roots of what is now StrongTower Investments in 2015 when he became an independent affiliate of Wells Fargo’s Financial Network. The move saw him relocate his advisory business from downtown Huntington to his hometown of Ona.

As of 2020, he was not only one of the last remaining A.G Edwards legacy brokers, following their acquisition by Wachovia then Wells Fargo in 2008 — he also had become one of the top-producing advisors in Wells Fargo’s entire system.

In early 2020, Bishop Nash, 29, a journalist at The Herald-Dispatch in Huntington, came on board with his father and became a full-fledged investment advisor as well.

The year also saw the arrival of Stacey Chapman, who joined in March with more than 30 years management experience. She had been the manager for the Disney Store at the Huntington mall from 2005 until 2019, when Disney closed nearly all its Disney Store locations.

The change precipitated the creation of StrongTower Investments — and a newly expanded office — a reflection of the family business’ growth and success thanks to the loyalty of clients, according to P.A. Nash.

“StrongTower is a new name and a new brand, but with 23 years of experience,” he said.

P.A. Nash says the StrongTower name is a Christian witness.

“It comes from Proverbs 18:10, which says the name of the Lord is a strong tower,” he explained. “Lot of our clients liked it. It’s a name that identifies strength, and it lends well with our Cabell Midland Knights here in Ona.”

Today, StrongTower Investments oversees more than $140 million assets under management for more than 600 clients, a book of business built entirely from scratch by P.A. Nash.

“Our clientele are almost exclusively individuals living in the Tri-State area, though we have clients in 13 different states,” he said.

P.A. Nash says the firm’s three primary fund vendors — American Funds, Vanguard, and Fidelity — are three of the largest asset managers in the industry with excellent reputations and distinguished histories each.

“When it’s most important, we’ll take tried-and-true over new-and-improved any day,” he said. “We are long-term investors, and we encourage our clients to be the same.”

P.A. Nash grew up in Ona. He went to Nichols Elementary, Ona Middle School, Milton High School and Marshall University, where he graduated with a degree in business.

“I didn’t really have a plan to have a career in investments,” he said. “I started out in industrial sales, but an opportunity came up in 1998 to get into the field I am in today.”

P.A. Nash said starting out as an investment advisor was tough.

“It was miserable for the longest time as I tried to build a client base,” he said. “My career has weathered some of the most brutal markets in American history, including the dot-com bubble, the 2008 financial crisis, and the COVID-19 pandemic.”

He says he believes the current market’s risk and reward is fairly balanced based on evaluations.

“With interest rates being as low as they are currently, it still makes stocks more favorable over fixed income,” P.A. Nash said. “But year over year we are seeing continuous growth and it’s due to great clients. I look for continued growth. We do not make growth a goal in and of itself. Our goal is good service to our clients.”

Bishop Nash says he believes in the same philosophies as his father when it comes to building success locally.

“We have completely sold out to the idea of ‘blooming where you’re planted,’ and to use that right here in Ona, our home, is a great accomplishment,” he said. “It’s been said, ‘Build a better mousetrap and the world will beat a path to your door,’ and we’ve proven that time and again. We didn’t even have a website or Facebook until 2021, yet new people are always coming in and seeking us out. People like to talk about their investments, especially when they’re doing well, so word of mouth traffic has been massive for us.”

One example is the business they do in Louisa, Kentucky, which is roughly an hour from Ona.

“We’ve got several clients living on the same streets and at the same job, one after another, because a handful talked to another handful, and suddenly we have close to 100 clients in Lawrence County, Kentucky, alone,” Bishop Nash said. “Most brokers aren’t going to value the Louisas of the world, but we do, because we’re cut from the same cultural cloth they are, and we value that.”

Bishop Nash said he personally loves the feeling of making money for the honest country people of the world.

“I love the thought of prying off some of the Wall Street gains and putting it in the pockets of people in places like Ona, Louisa, Kitts Hill, Hamlin, Eleanor, wherever,” he said. “You’re as likely to encounter successful, experienced investors in the hollows of Appalachia as you are the streets of Manhattan. One of the best accounts we’ve got is my 85-year-old grandfather, my dad’s dad, who picks stocks from The Herald-Dispatch business section. When I first saw how much money his portfolio has made over the years, I teared up a little at the thought of him, in such a basic way, smoking the hot-shot fund managers of the world.”

P.A.’s father and Bishop’s grandfather, Normal Albert “Buzz” Nash Jr., died Wednesday night surrounded by family at his home in Ona. Both father and son wished to recognize his impact on their development as businessmen, and simply as men.

“He was thrilled when I joined Dad here, and he’d almost always ask me what certain stocks closed at when I’d visit him in the evenings,” Bishop Nash said. “When I had my last conversation with him Tuesday, I reminded him that he had the most successful portfolio I’ve ever seen, and he built it all himself essentially on intuition and reading the newspaper. He’d never say it, but I’m so proud of that. He outperformed all the big urban investors with just guts and common sense. I hope some of that rubbed off on me.”