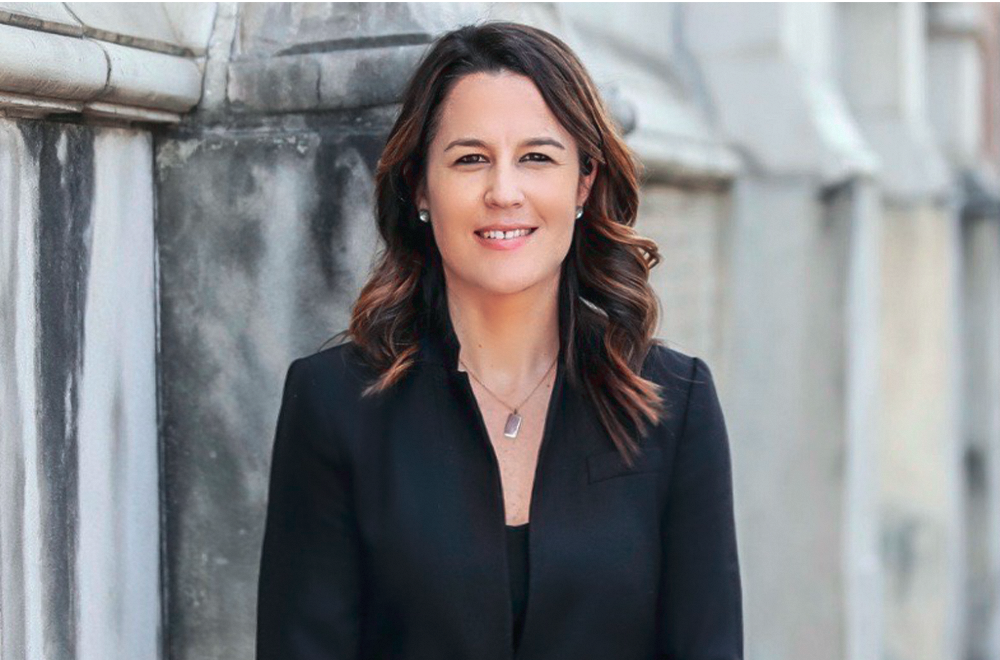 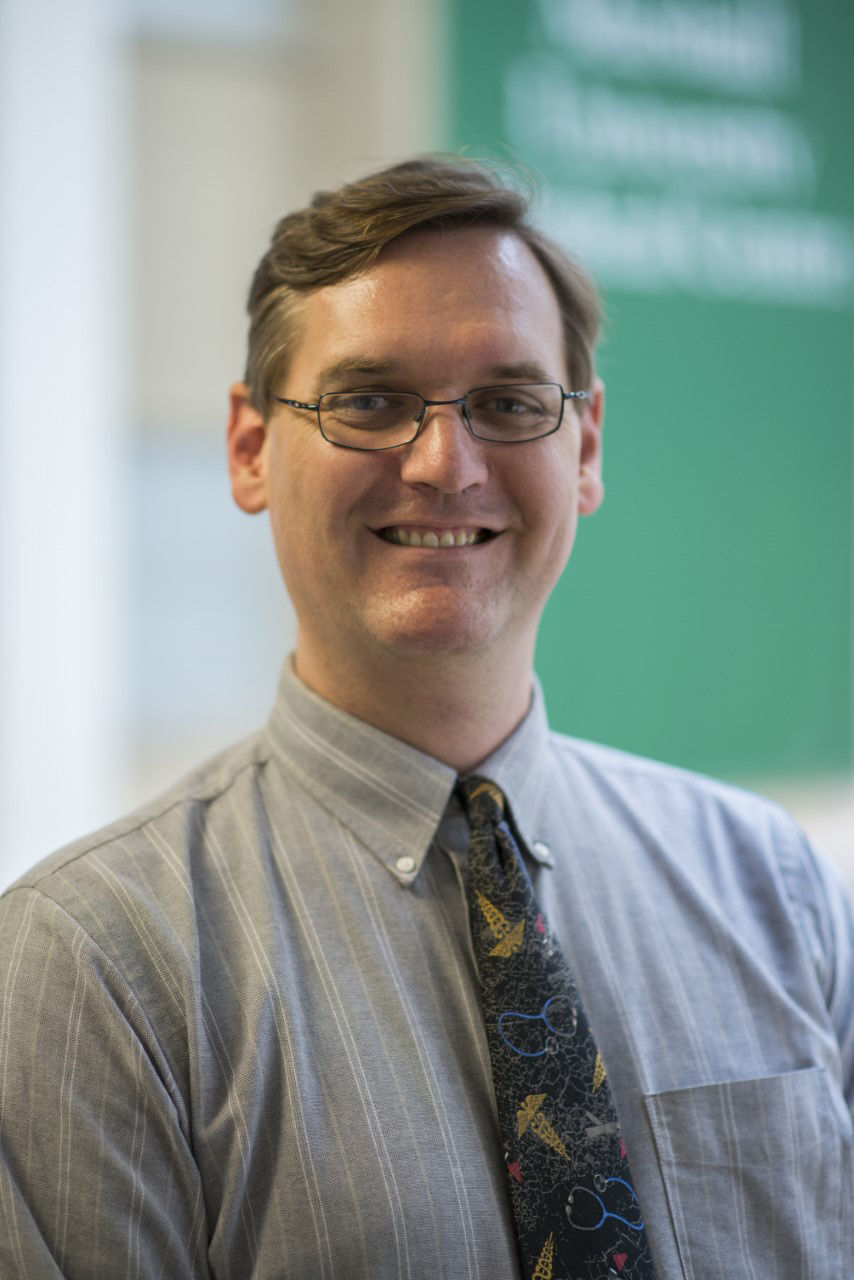 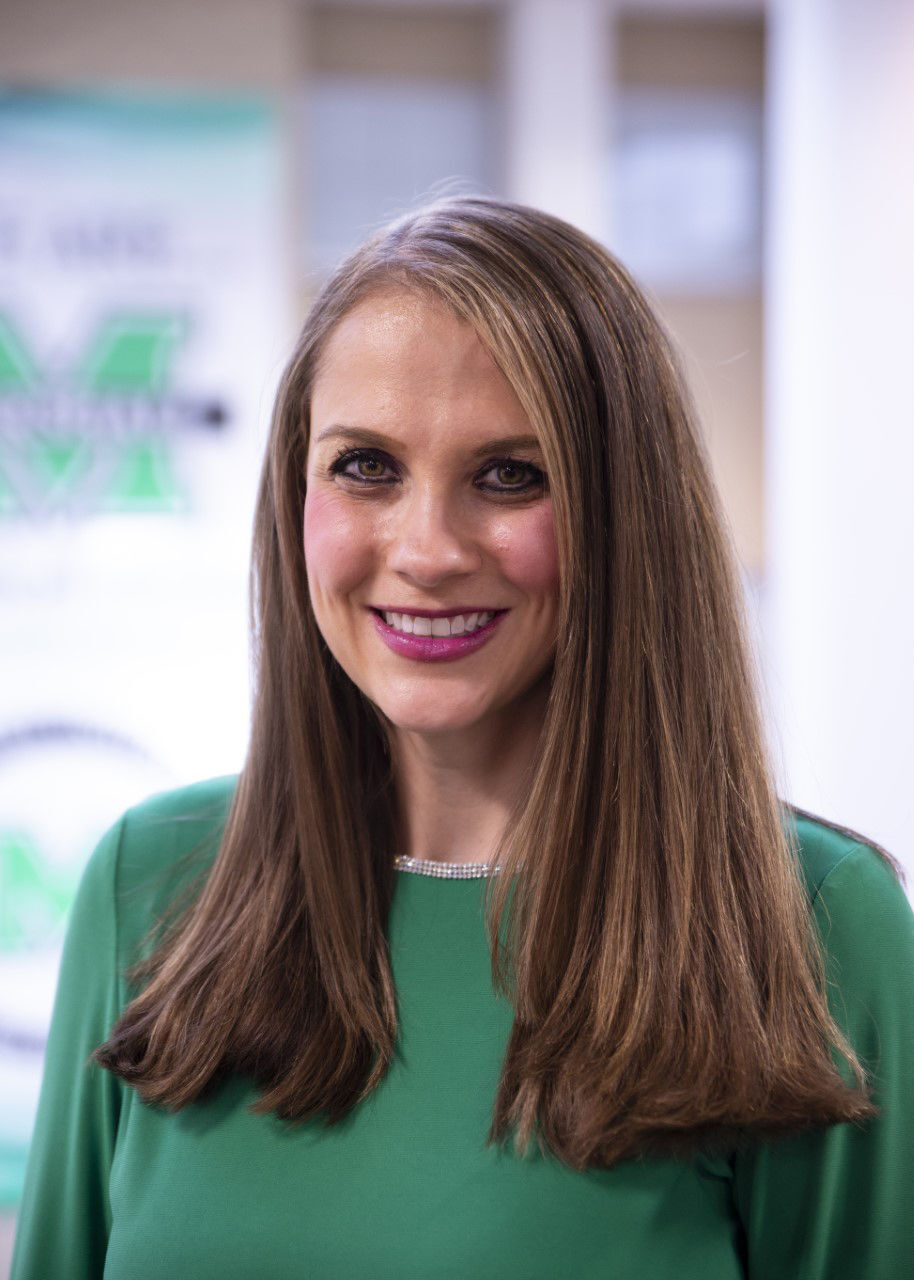 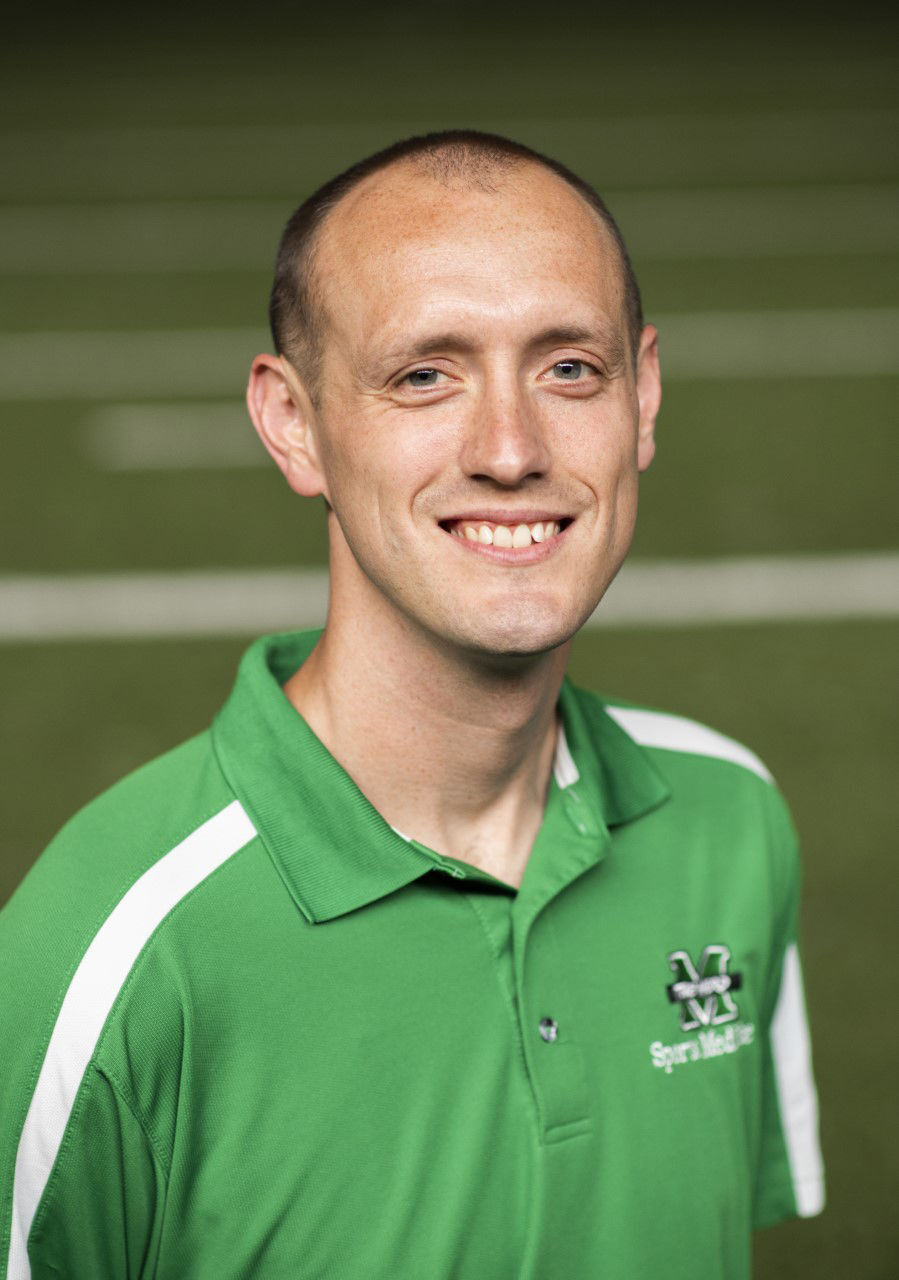 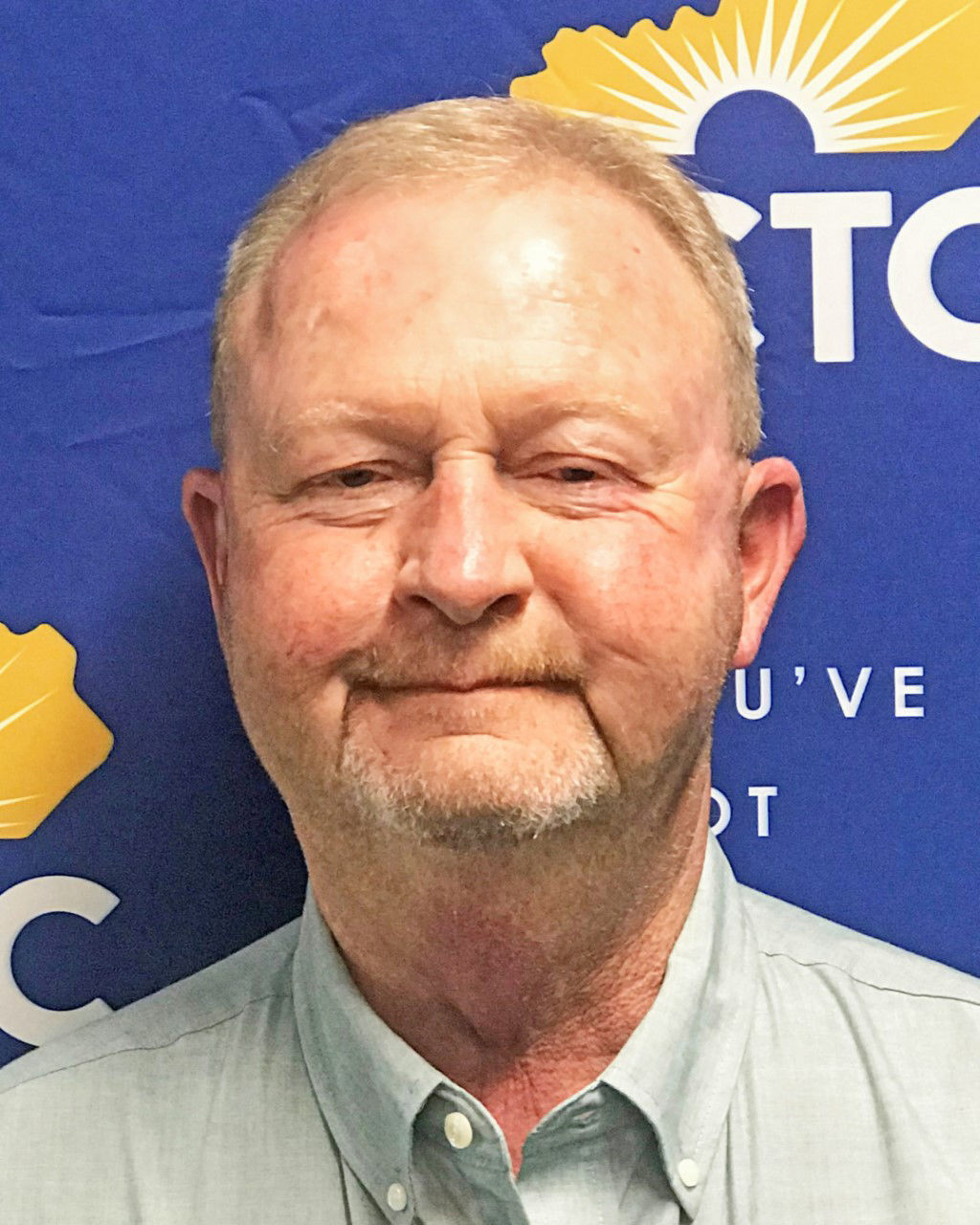 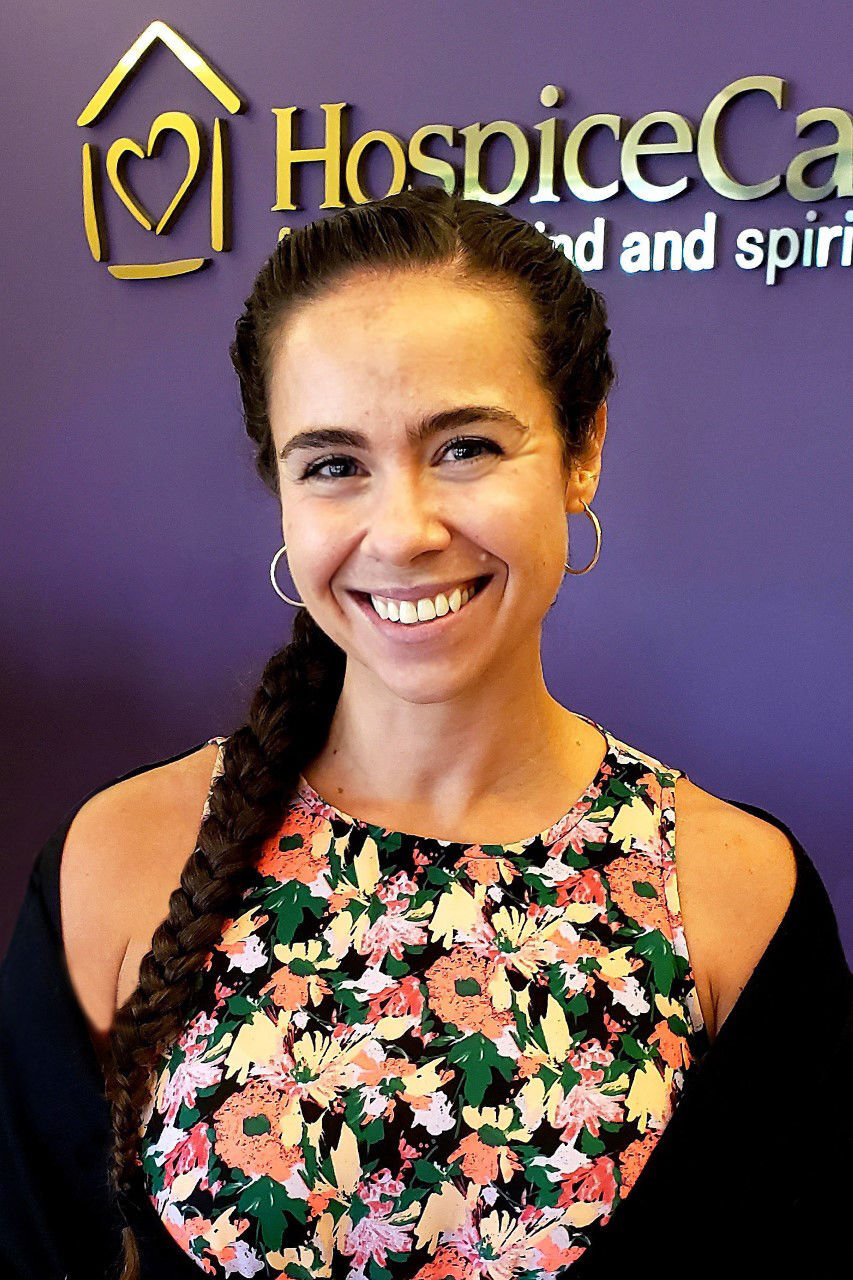 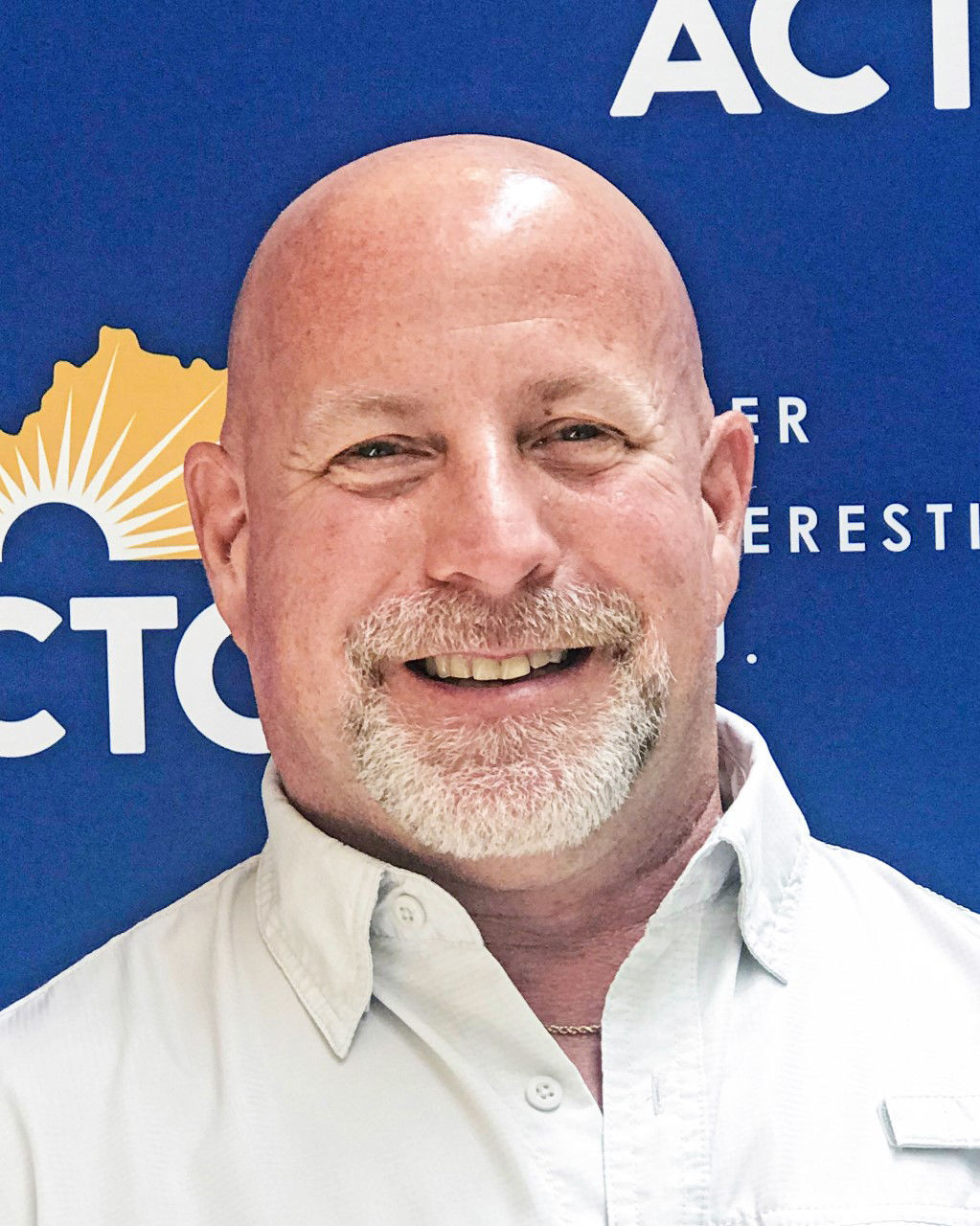 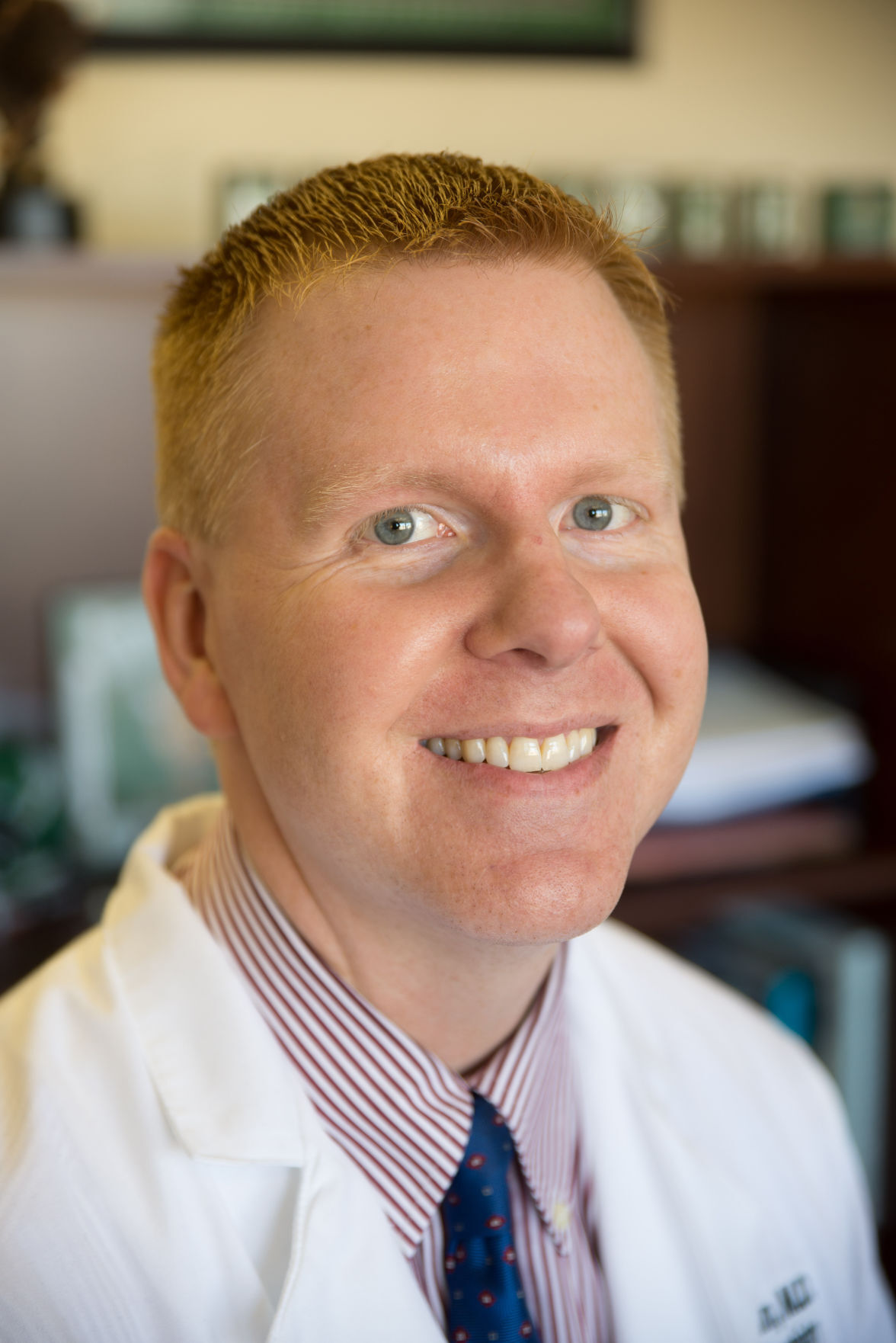 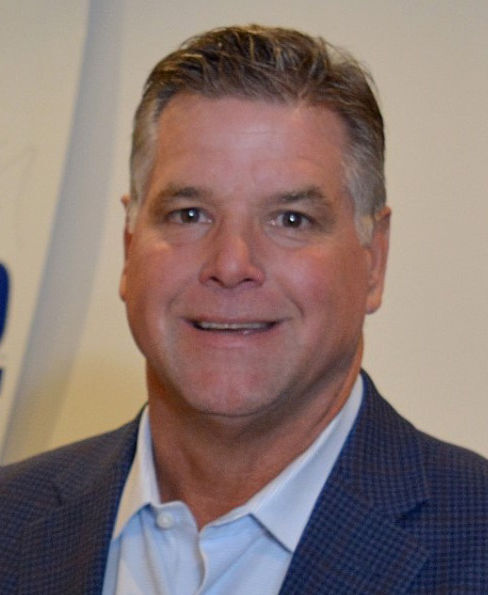 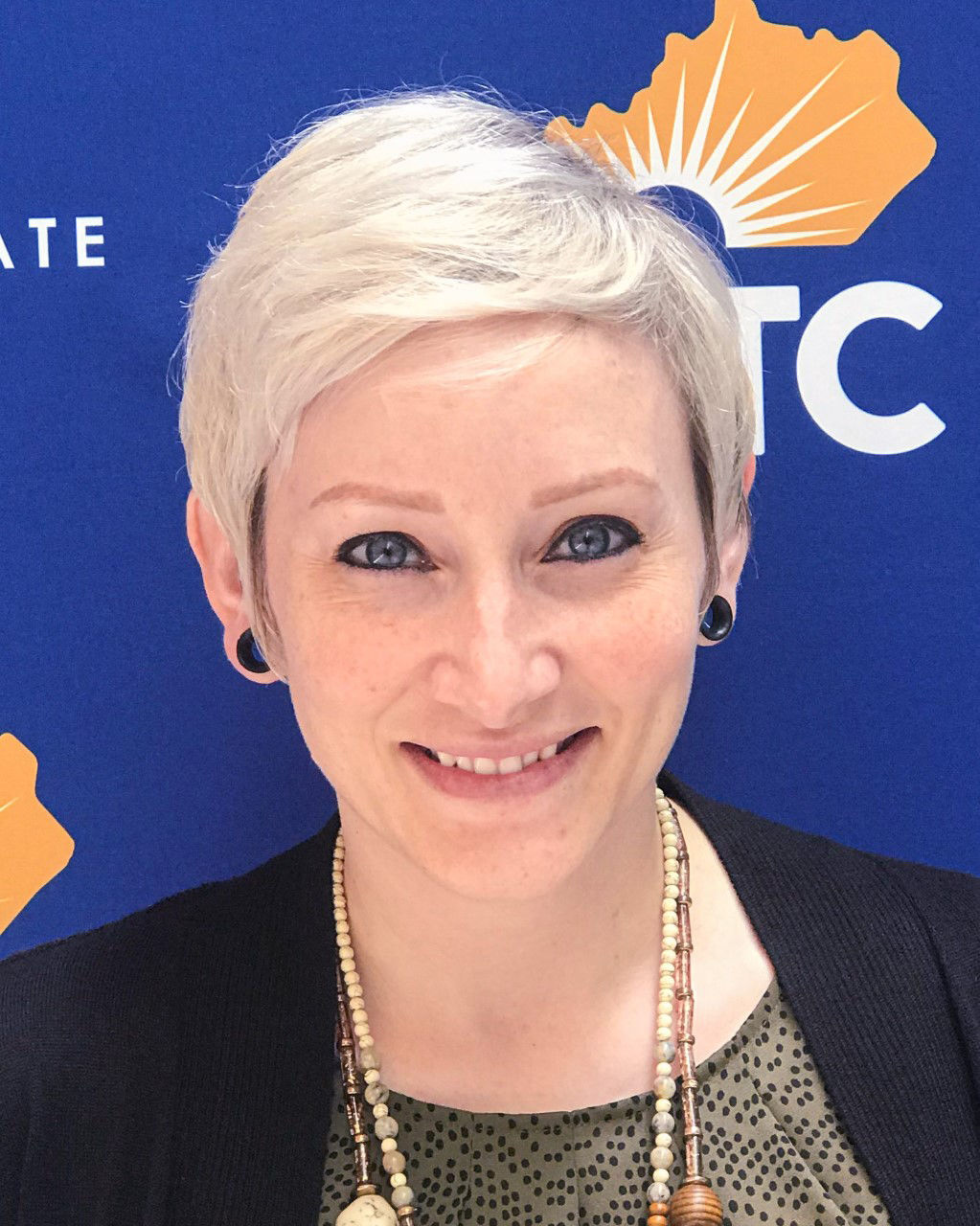 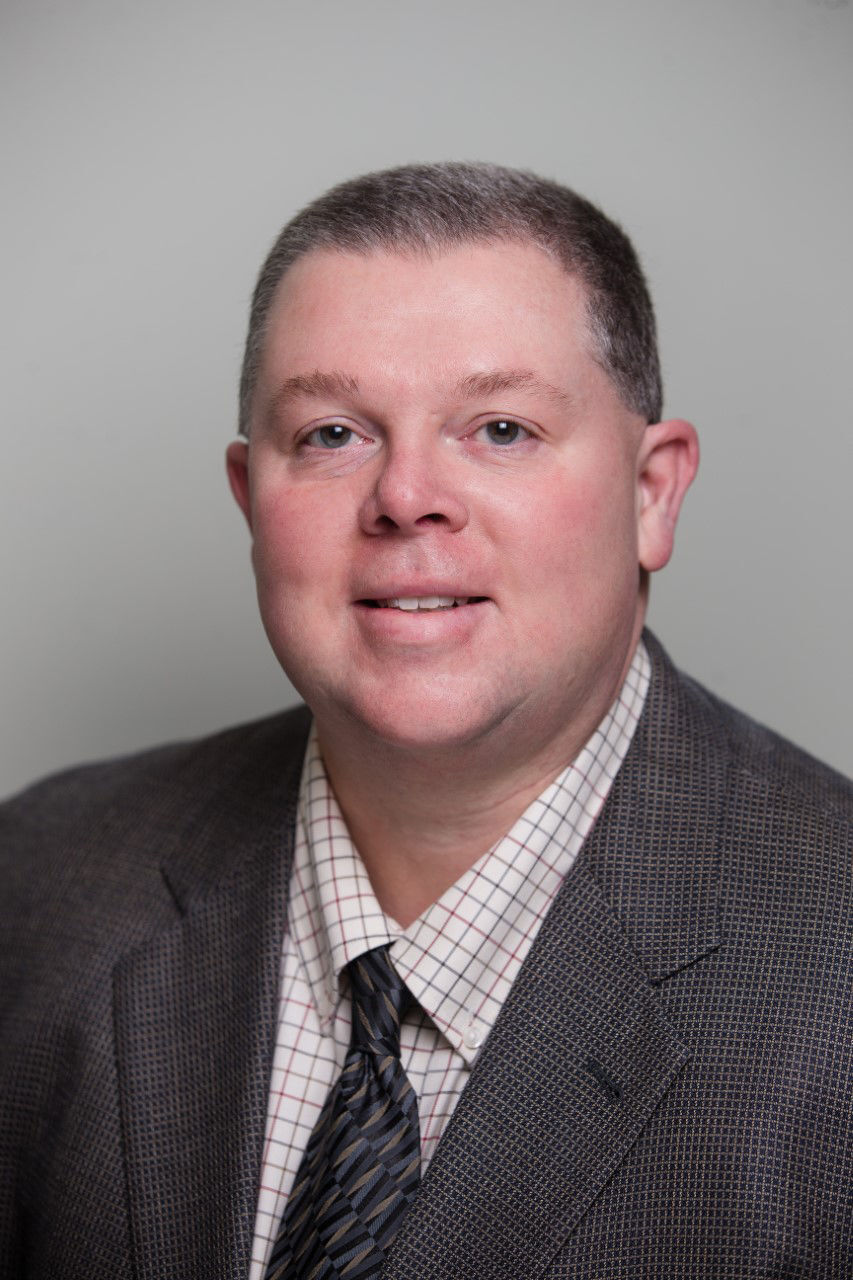 “Talley Sergent’s understanding of marketing and development is exceptional and her standards of excellence will enrich West Virginia Wesleyan’s efforts to reach and engage its students, alumni and friends,” said Joel Thierstein, president of the college.

Most recently, Sergent was vice president of communications at The Markham Group. In 2018, she was the Democratic nominee in West Virginia’s 2nd Congressional District. Also, in 2018, Sergent was named one of Fortune’s Most Powerful Women — Next Generation and a West Virginia Wonder Woman by West Virginia Living magazine. Previously, Sergent was an executive at the Coca-Cola Company in Atlanta and a diplomat at the U.S. Department of State in Washington, D.C. She has worked at the national level on three U.S. presidential campaigns and got her start on Capitol Hill working for former U.S. Senator Jay Rockefeller. Rockefeller served as Wesleyan’s president from 1973-1975.

Her ties to the College date back to the 1950s. Sergent’s grandfather, the late Dr. M. Homer Cummings Jr., served on West Virginia Wesleyan’s Board of Trustees from 1959 until 1992 and was a recipient of the West Virginia Wesleyan Honors College’s Rhododendron Award. Her mother, Lillian Cummings Sergent (’75) and scores of aunts, uncles and cousins are all alumni of the college. Sergent is a 2002 graduate of the University of North Carolina at Chapel Hill, where she earned a bachelor of arts degree in journalism and mass communication. She lives in Buckhannon with her partner, Patrick Jack, and their dog Chunk.

Board-certified radiologist Robert J. Cure, M.D., begins a two-year term as president. Cure is a native of Gary, West Virginia, who graduated from the Marshall School of Medicine in 1998 and completed a transitional internship at Marshall prior to a diagnostic radiology residency at the Medical College of Georgia in Augusta. Cure joined Radiology Inc. in 2003, and serves as chief of the department of radiology at Three Rivers Medical Center in Louisa, Kentucky, while providing services at several hospitals across the Tri-State. Cure replaces Krista L. Denning as president. Denning continues her service as immediate past president.

Adam M. Franks, M.D., a board-certified family medicine physician with Marshall Health, has been appointed president-elect. He graduated from the Marshall School of Medicine in 1999, where he also completed an accelerated residency. After completing an advanced maternal care fellowship at the University of Tennessee in Memphis, Franks joined Marshall Family Medicine in 2002 and is a professor in the department of family and community health.

Andrea M. Lauffer, M.D., Dana S. Lycans, M.D., and Kelly E. Melvin, M.D., have each been appointed to serve four-year terms as members on the board of directors.

Lauffer is a 2010 graduate of the Marshall School of Medicine, where she also completed her internal medicine-pediatrics residency. After practicing hospital and outpatient medicine at St. Mary’s Medical Center for several years, Lauffer joined Marshall’s department of pediatrics as an assistant professor and pediatric hospital medicine specialist in July 2020 and also serves as the chief health officer for Cabell County Schools. Lauffer is a native of Hurricane, West Virginia.

Lycans graduated from the Marshall School of Medicine in 2013 and went on to complete his orthopaedic surgery residency at Marshall, followed by an orthopaedic sports medicine fellowship at the American Sports Medicine Institute in Birmingham, Alabama. Lycans returned to West Virginia in 2019 to join Marshall’s faculty as an assistant professor in the department of orthopaedic surgery, where he specializes in sports medicine and serves as a team physician for Marshall Athletics. Lycans is a native of Wayne.

Melvin is an associate professor of psychiatry and behavioral medicine at the Joan C. Edwards School of Medicine. He joined Marshall’s faculty in 2012. He has served in several leadership roles within the department, including clerkship director and now serves as program director for the child and adolescent psychiatry fellowship. He was voted “Best Attending” by the Class of 2017 and “Best Mentor” by the Class of 2018.

Rebekah Michael, John Willis, and Jeff Walters were all recently hired as new faculty at Ashland Community and Technical College.

Prior to her new role at ACTC, Michael served the FIVCO Area Development District as chief financial officer in 2016.

Michael also worked for Kelley Galloway Smith Goolsby PSC from 2013 to 2016 in the audit department.

She says teaching has always been a passion of hers.

Willis joins ACTC after most recently working as an adjunct instructor in the Applied Integrated Technology (AIT) program and a third-party contracted safety consultant working at PureCycle Technologies.

He says this opportunity brings the ability to share the knowledge and experience he has gained throughout his career with ACTC’s students.

Walters comes to ACTC from Brayman Construction where he has spent the last year and a half working as a safety officer on a project in Hinton, West Virginia.

He has been working as a safety officer on various projects in the area since 2005. Before that, he worked as a refinery operator at Marathon Ashland Petroleum for 13 years.

Now in its 34th year, the Entrepreneur of the Year program honors entrepreneurial business leaders whose ambitions deliver innovation, growth and prosperity as they build and sustain successful businesses that transform our world.

Black was raised in Milton.

Award winners will be announced through a special virtual event on Oct. 8.

HospiceCare announced last week that Jessica Hall will be the agency’s new director of communications and development.

HospiceCare provides palliative, hospice and bereavement care services to patients and their families.

Hall will manage HospiceCare’s marketing and development team. Her primary goal will be to expand outreach among local healthcare providers, patients, community supporters and volunteers throughout HospiceCare’s 16-county service area across central and southern West Virginia.

Hall brings with her 10 years of communications, marketing and public relations experience, most recently serving as public outreach communications manager for the West Virginia Department of Education and as an account executive with Charles Ryan Associates for five years before that.

Engaged to fellow Charleston native Austin Haney, she enjoys spending her free time with family and friends experiencing everything the city and region have to offer.

Hopkins to lead NASAA as president for one-term

Hopkins said a priority of her term will be continuing to focus attention on issues of diversity, equity, and inclusion, while listening to stakeholders in an effort to strengthen understanding, engagement and inclusion among NASAA members, fellow regulators, industry and investors who have been underserved.

Noting the impact of the COVID-19 pandemic on regulators, industry and investors, Hopkins announced NASAA is establishing a crisis planning and recovery committee to work with state and provincial securities regulators and external stakeholders.

Hopkins has served in the State Auditor’s Office since 1999 as both general counsel and senior deputy securities commissioner.

In 2016, she served as the 20th state auditor, and the first woman to ever serve in that constitutional office. Prior to her career in public service, Hopkins was an attorney in the private sector.

Do you think cities should host official trick-or-treat hours this year during the coronavirus pandemic?