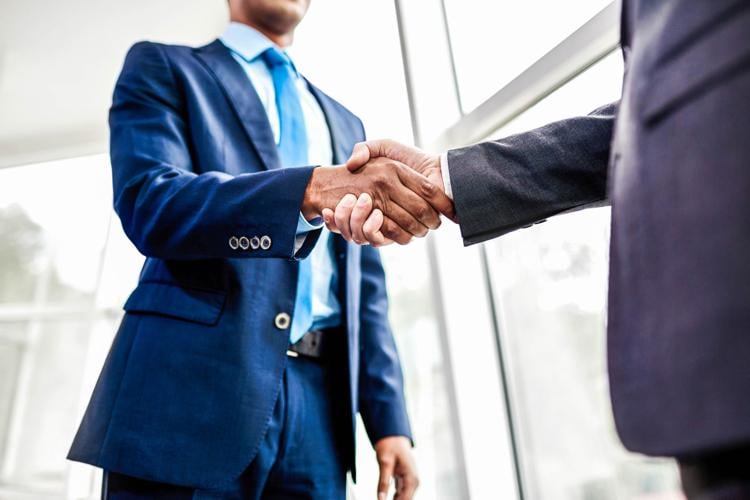 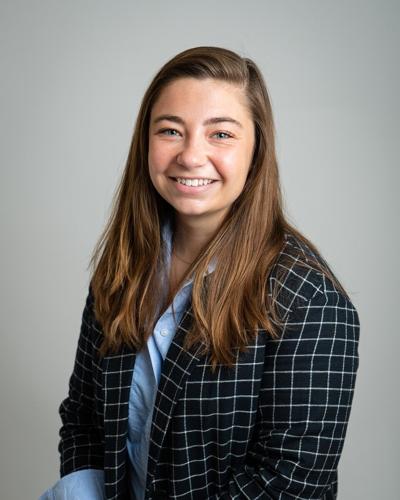 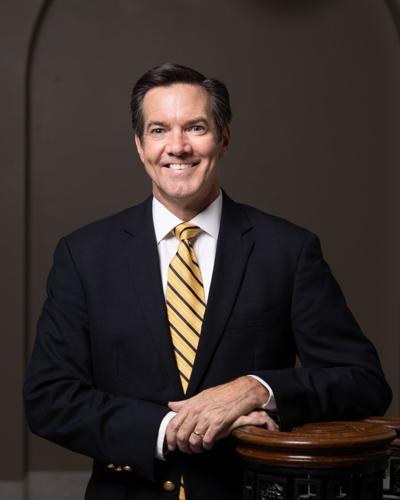 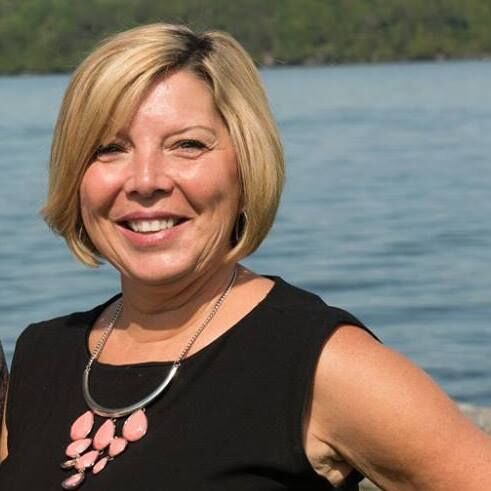 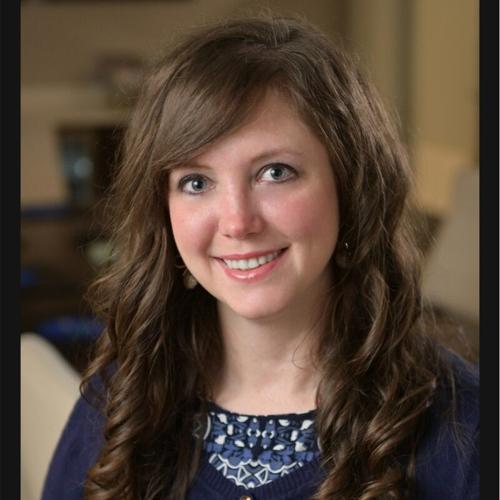 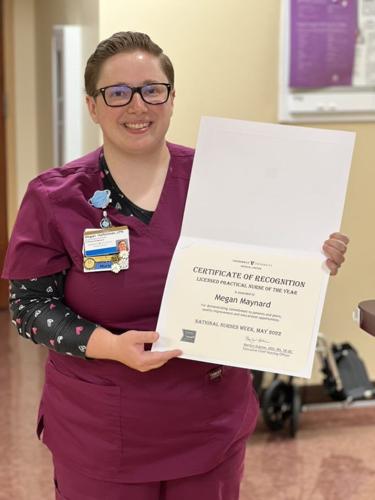 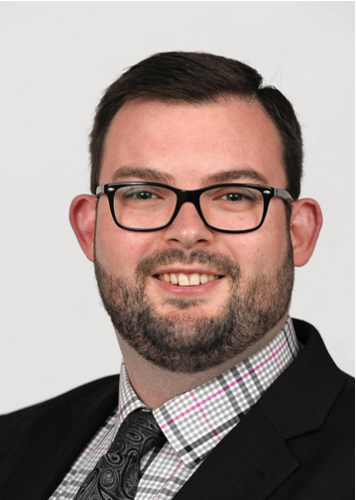 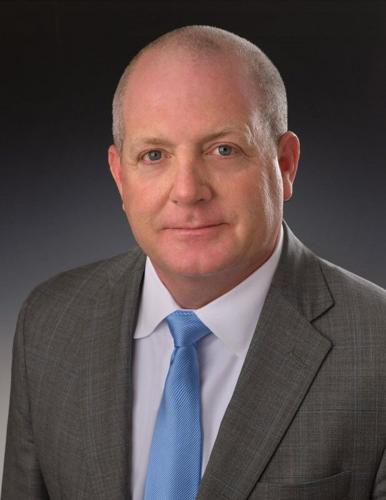 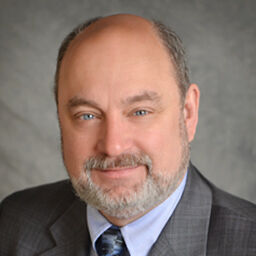 The Marshall University Society for Human Resource Management (SHRM) chapter has welcomed Michael Shrewsbury into its Hall of Distinction for the 2021-22 academic year and presented its Outstanding Young Professional award to Jessica Tackett-Napier.

In his role as a compensation leader with the state of Ohio, Shrewsbury supports more than 3,000 employees across the state, focused on public assistance, workforce development, unemployment compensation, child and adult protective services, adoption, child care and child support services.

Previously, Shrewsbury oversaw employee compensation and incentive programs for the U.S. manufacturing wing of Honda. He also has served as a compensation subject matter expert for West Virginia University and Ohio State University.

Shrewsbury is a native of Hurricane, West Virginia, and currently lives in Columbus, Ohio. He earned his bachelor’s degree in economics from WVU before earning his master’s at Marshall. He holds the certification of Professional in Human Resources from the HR Certification Institute.

The Outstanding Young Professional Award annually recognizes outstanding Human Resource Management graduates whose achievements in the past 15 years have been significant to Marshall University, to the general welfare of their communities, and to their profession and the business world.

This year’s recipient, Jessica Tackett-Napier, serves as director of human resources at OVP Health and has earned three degrees from Marshall — a bachelor’s and two master’s degrees in human resource management and health care administration. She was also a founding board member for MUSHRM during graduate school.

Since 2013, Tackett-Napier has worked mostly in the nonprofit community in Huntington. Before her current position at OVP Health, she worked seven years as the chief of human resources at Goodwill Industries, where she was the youngest professional to lead its district’s HR department on the East Coast. She led a diversity and inclusion cohort for Goodwill International for her local district and achieved four cycles of accreditation for the organization.

Tackett-Napier has been an active member of the Tri-State SHRM chapter and board since 2015. Currently, she serves as the chapter president for the second time after holding other positions on the board. In addition to the local chapter, she has been a board member of the West Virginia SHRM Council since 2018.

A total of 62 judges and 416 lawyers have been selected as Bar Foundation Fellows. There are more than 6,000 judges and lawyers in West Virginia.

Marshall’s iCenter in the Lewis College of Business has welcomed a new entrepreneur in residence. Ariana Shives is a UX and UI (user experience and user interface) designer.

As entrepreneur in residence, Shives mentors students from the Brad D. Smith Student Incubator and supports the iCenter with innovation across the university. She also advises on curriculum for Career Technical Education (CTE) students pursing an entrepreneurship pathway in West Virginia.

The mission of the iCenter is to inspire entrepreneurship by empowering individuals with the innovation and entrepreneurial knowledge they need to reframe the future of the state and region.

Shives is the head of product design at Kairos, a financial technology startup on a mission to provide simple and proven financial education and resources. She is a social entrepreneur and product designer focused on design thinking and social impact. With an emphasis on education, she aims to help startups and small businesses develop their brands and meaningfully engage with their customers.

Shives graduated from the University of Southern California in 2017 with a bachelor’s degree in neuroscience and in 2019 with a master’s degree in social entrepreneurship. She lives in Kenova.

Jackie Hymel, general manager of the Delta by Marriott-Ashland Downtown, was recently selected General Manager of the Year at the inaugural Delta Conference in Minneapolis, Minnesota. It was the first conference of the Delta brand, which became part of the Marriott portfolio in 2015. The Delta brand originated in Canada and has since expanded its reach to the United States. In 2022, Delta Hotels will open its 100th hotel.

The Delta by Marriott-Ashland Downtown opened on July 3, 2019, with 152 rooms, Starbucks, a fitness center, two bars, The Winchester Restaurant and over 4,500 square feet of meeting and banquet space. The hotel is owned by W.B. Hospitality LLC and managed by LBA Hospitality.

Megan Maynard graduated from ACTC’s LPN program in December 2014 and has worked as a family care nurse since passing her nursing boards in 2015.

Before her career at Vanderbilt, Maynard worked at King’s Daughters Medical Center. She is a 2011 graduate of Paul Blazer G. High School.

Senior Administrative Assistant Katy Jarrett celebrates her 60th anniversary May 26 as a Huntington National Bank employee, becoming one of the longest-serving employees in the bank’s history.

Jarrett, who lives in Scott Depot in Putnam County, started her banking career at Chemical Bank as a teller in 1962, at a time when customers didn’t have account numbers and tellers manually filed checks in drawers. She eventually became the assistant to the president and chief operating officer of Chemical Bank.

Huntington National Bank acquired Commerce Bank in the 1980s. She worked in commercial loans at the time, eventually transitioning to her senior administrative assistant role in downtown Charleston in Laidley Tower.

“Think about 60 years — that’s incredible and speaks to Katy’s tenacity, determination and dedication,” said Chad Prather, president of Huntington’s West Virginia region. “There’s no one here in West Virginia who’s been with the bank longer than Katy. We don’t know what it is to work at Huntington without her.”

Fred has been in the newspaper industry for 30+ years. He continues to be excited to bring readers news that only comes thru local journalism. “Being able to share the passion felt by entrepreneurs in our community with readers is exciting,” he said.

Are you surprised by the judge’s ruling in favor of three major U.S. drug distributors in a landmark lawsuit in which the City of Huntington and Cabell County accused the companies of helping to fuel the local opioid epidemic?

Submitting this form below will send a message to your email with a link to change your password.

An email message containing instructions on how to reset your password has been sent to the e-mail address listed on your account.