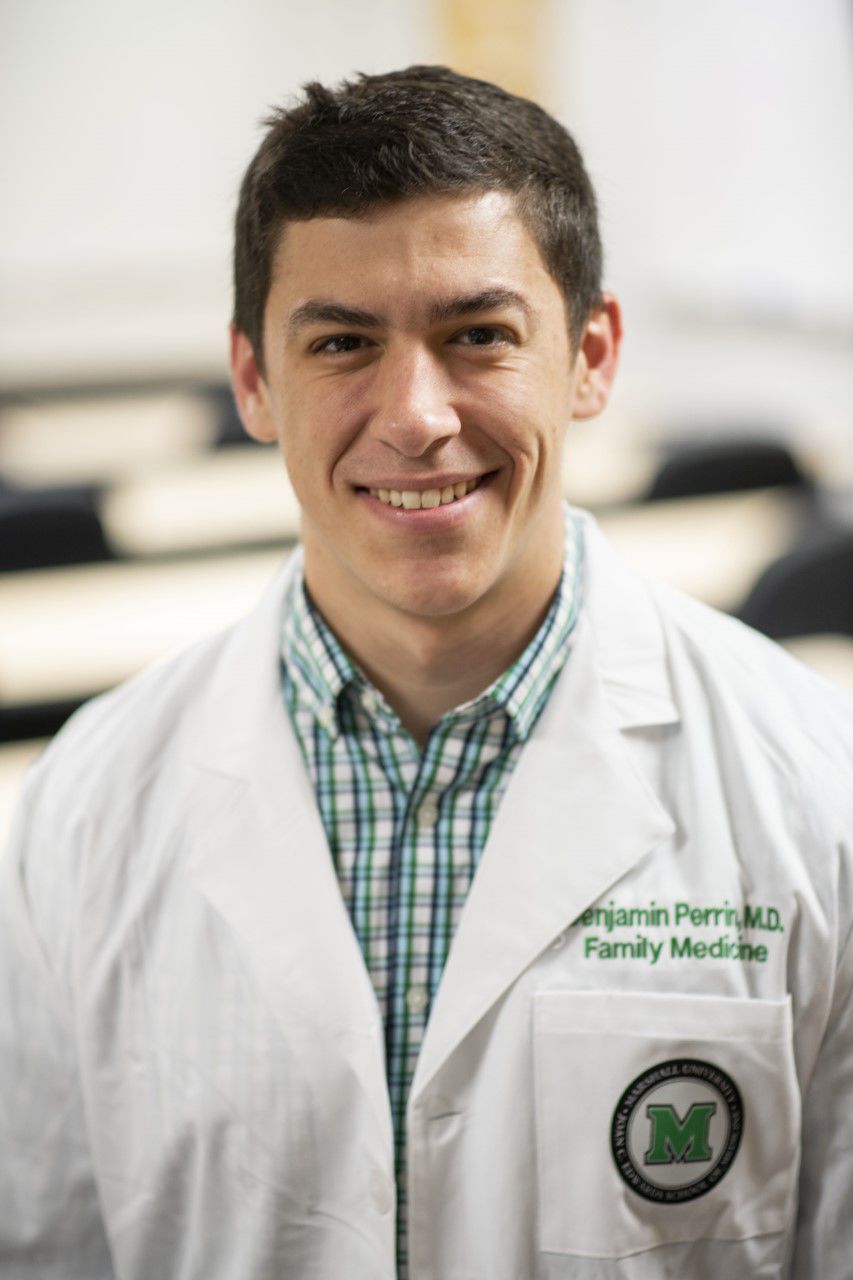 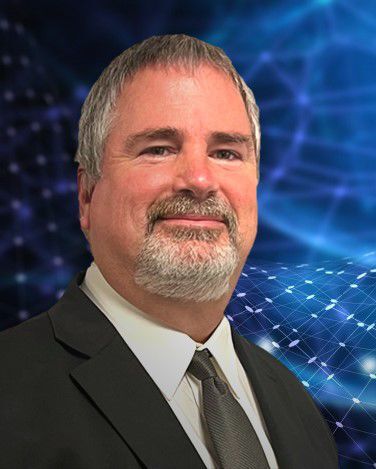 Family Medicine Resident Benjamin A. Perrin, M.D., has been named the first resident of the month for 2021 at the Marshall University Joan C. Edwards School of Medicine, announced Paulette S. Wehner, M.D., vice dean for graduate medical education at the school.

“It is fitting to start off the New Year by recognizing Dr. Perrin as January’s Resident of the Month,” Wehner said. “His positive attitude and leadership skills coupled with his commitment to his patients and fellow residents have been demonstrated multiple times during this pandemic. When others on his team were quarantined, Dr. Perrin served as the only senior on a busy hospital service on two separate occasions. Despite the hectic schedule and extra responsibilities, he still maintained a positive attitude while providing patient care and support for the junior residents and medical students.”

Tammy Bannister, M.D., family medicine residency program director, echoed Wehner’s comments. “Dr. Perrin has been nominated by his peers as he is an excellent team member and colleague,” she said. “His efforts to step up and help out others is greatly appreciated. It is always nice to recognize those who go above and beyond especially in this particularly difficult time in medicine — and Ben certainly deserves it.”

Perrin, an Alabama native, received his undergraduate degree from Birmingham-Southern College in Birmingham, Alabama. He then relocated to Huntington to earn his Doctor of Medicine from the Joan C. Edwards School of Medicine. He completed a year of obstetrics and gynecology training at Marshall prior to transitioning to family medicine.

After completing his residency in June 2021, Perrin plans to remain in the Huntington area to practice emergency medicine. As part of his recognition, Perrin received a plaque and designated parking spot.

Fox was hired at the college July 1, 1996 and is currently the Information Technology Coordinator. He recently completed a Master’s in Organizational Leadership from Western Kentucky University.

Fox said he is looking forward to working with students, faculty and staff in his new role.

“We are elated to have selected one of our own to lead our Technology Solutions Team,” said Ferguson. “Jim has decades of experience in information technology and the leadership skills needed to help us innovate and move forward.”

Chief Deputy Attorney General Buffington, 46, of Daniels, will be the Attorney General’s second chief deputy since taking office in 2013. Buffington will manage both legal and day-to-day operations of the office and will report directly to Morrisey.

Buffington has served as a senior deputy attorney general since May 2019.

Buffington’s resume includes prior stints as the acting and assistant director of the West Virginia Lottery, as well as managing deputy secretary and general counsel for the state Department of Revenue. He received his juris doctor from the University of Kentucky. He also holds a bachelor’s degree in finance from Baylor University.

Dinsmore & Shohl announces personnel movesDinsmore & Shohl LLP announced that labor and employment partner Anna M. Dailey has been appointed to the national board of directors of Women for Economic and Leadership Development (WELD).

WELD’s mission is to develop and advance women’s leadership in order to strengthen the economic prosperity of the communities it serves. It provides programming and events to support female leadership development and business growth, as well as a platform for successful women to pay forward their business success to other women. WELD also offers opportunities for women to connect with experts in the talent pipeline for public and private boards of directors.

According to the press release from the firm, Dailey has long been interested in West Virginia’s economic development and the involvement of women in business leadership. She is looking forward to helping WELD expand its national footprint as well as continuing its commitment to leadership training.

At Dinsmore, Dailey served two terms on the firm’s board of directors and was the Charleston office managing partner for six years.

Dailey was also recently appointed by Governor Jim Justice to serve on the West Virginia Industrial Council, which oversees the workers’ compensation insurance program in the state.

Also, two West Virginia attorneys were elected to partnership and one joined the firm’s board of directors, effective Jan. 1, 2021.

The firm’s partnership grew by nearly 25% over the course of 2020, and now stands at 381 partners across the country, including the 30 who joined Dinsmore on Jan. 1 of this year via merger with Wooden McLaughlin, which added three Indiana offices to Dinsmore’s national footprint.

Newly elected partners in West Virginia include Chris Jones, labor and employment, and Matthew Ward, litigation and bankruptcy. In total, 15 attorneys were elected to partnership.

A year after lockdown orders made toilet paper scarce on grocery store shelves, do you still keep a stockpile or do you just buy as needed?