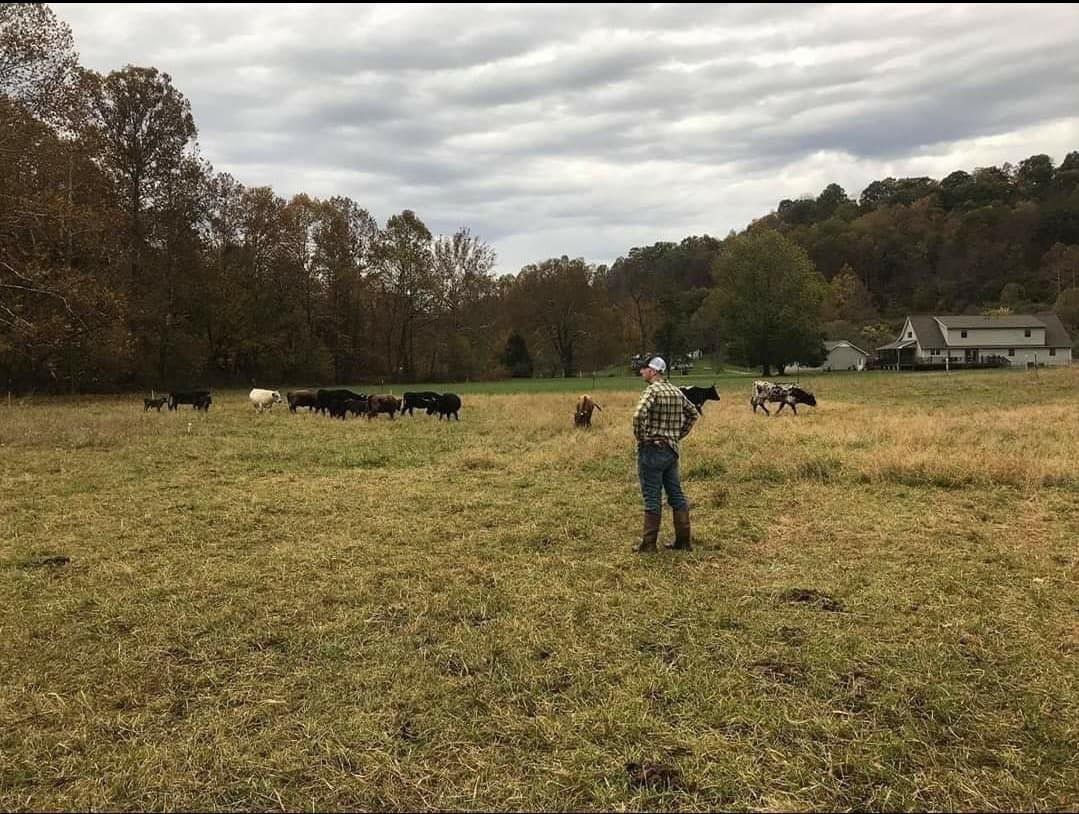 Ripley, West Virginia, farmer Joshua Nelson peers over his cattle as he moved them. 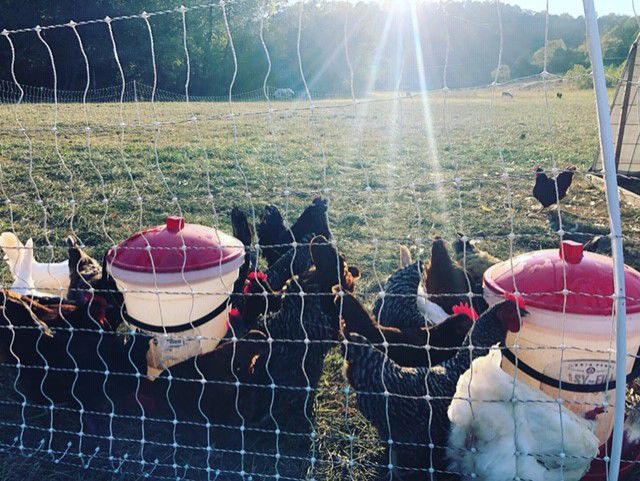 Ripley, West Virginia, farmer Joshua Nelson peers over his cattle as he moved them.

That’s creating a situation where farmers have nowhere to go with their livestock and could result in a national meat shortage.

However, one West Virginia farmer, Joshua Nelson, says he and his family from Nelson Family Farms, along with their team of local folks at Farm House Naturals, are toiling away building a new food infrastructure on their farm and leased farms near Ripley and in their store.

But Nelson said their approach isn’t so new.

Nelson practices regenerative agriculture on his farm. At Nelson Family Farms, the cattle are what he calls “mob grazed” and moved daily.

“The idea is that the stock density per acre is increased to mimic how the buffalo used to roam across the country to build the soil,” he explained. “When Europeans first came to North America, the organic soil content was upwards of 30-40%. Today, it rests around 3%.”

Nelson claims his methods change this.

“For every 1% organic matter that I can increase in our soil, it will hold 20,000 more gallons of water. This helps us in drought, and in floods. The grass grows at an exponentially increased rate and that increases our bottom line. Grass makes beef,” Nelson said.

Nelson said while some activists claim that cattle contribute to climate change, he claims his cattle do quite the contrary and actually sequester carbon out of the atmosphere by keeping the grass in his pastures in what he called “the explosive growth phase.”

“Grass doesn’t grow at the same rate, just like people. It starts out slow and then just as humans hit a teenage phase, growth explodes,” he said. “The goal is to keep the grass in this state as the cattle trim it off. This causes massive amounts of carbon to leave the atmosphere and go to the soil.”

He said his cattle are trained to stay in portable electric fencing.

“The animals live an amazing life and we don’t have to use the medications and antibiotics and such all the time that conventional agriculture uses,” said Nelson.

While he explained that, he was moving the farm’s “laying chicken tractor.”

The tractor sits on a trailer and is moved with an actual tractor behind the cows.

“The chickens go behind the cows to eat the fly larvae out of the cow patties,” Nelson explained. “This helps spread the manure which helps the fields, helps feed the chickens and keeps the flies off the cows.”

Using this method, Nelson and his crew do not have to use pour-on insecticides. Nelson claims that those chemicals ultimately end up in the meat.

“The methods aren’t so new, actually,” Nelson said. “Before the industrial revolution, manure was used widespread as fertilizer, but it actually became a problem for some cities.”

He said there were many stories published back then claiming that the cities had too many horses and would drown in horse manure.

“Life at that time literally revolved around mucking horse manure,” he said. “Then along came Henry Ford and the automobile. People happily left the mundane task of cleaning horse manure for the mechanized car. With that, it stopped getting spread out in the fields and down went the organic matter. Fast-forward to World War II, and along came an abundance of explosives.”

Nelson said it was then discovered that these explosives could be used as chemical fertilizer.

“This was the birth of the modern agricultural methods,” he said. “Minus a small circle of people, the USDA and everyone in agriculture accepted this new method.”

Until recently, regenerative agriculture used by Nelson at his farm was deemed “niche” and the phrase “you cannot feed the world this way” was repeated over and over. Nelson, vehemently disagrees.

“We absolutely can change the cycle if we commit to doing so,” he said. “Food doesn’t have to be shipped all over the country; we just need more farmers, and local meat processors and dairies. That’s our goal. Farm House Naturals carries local meats, food products, local soaps and other things from your neighbors. Local farmers and artisans that you can look in the eye, know their name, and shake their hand. You know who your doctor is, which you need a few times a year, but how come we don’t know who our farmers are?”

While some food plants are shutting down and supply chains are breaking, many Americans are worried where their food comes from. Nelsons says his farm is providing a constant and steady solution.

“Food travels for thousands of miles in the world we live in, and it’s not safe, and it’s wrong,” Nelson said. “Frankly, it’s a national security threat.”

Nelson, 33, a first-generation farmer and rancher, says he, along with his wife Brittany, started out as hobby farmers about 10 years ago.

“We started with a few chickens and goats, and now have well over 100 chickens, dozens of pasture-raised hogs at any time, and close to 50 head of cattle,” Nelson said. “We also raise pastured chicken and turkeys.”

When asked about prices of his products, Nelson conceded they do cost a little more, but within reason.

“In food you have two options. You can buy cheap food and pay the rest at the doctor’s office over a lifetime, or you can buy valuable food that is more nutritious,” he said. “You absolutely do get what you pay for.”

Several of Nelson’s customers often refer to the Nelson’s operation as “their farm” or “their farmers.”

“It’s nice to walk into Farm House Naturals and get fresh farm-raised beef and pork that is just as good as if I raised it myself,” said Scotty Kinder of Whitesville, West Virginia.

“You can taste the difference. Having visited the farm in which these animals were raised, I know first-hand that these animals are raised with plenty of room to roam and graze and are treated well. I definitely recommend taking the drive to Ripley to check them out.”

“They will be instrumental in curbing the forecasted food shortage,” Tom Weyer said. “They genuinely care about the quality of food they provide for their customers. We are so thankful to have them in our community. There is nothing like waking up to fresh eggs and steak for breakfast. We will be customers forever.”

“I encourage anyone to reach out to us, schedule a tour of the farm for a class after this crisis is over,” Nelson said. “Come see the farm store. I promise you’ll notice an immediate difference in our methods and food quality.”

Christmas decorations before Thanksgiving in 2020: yes or no?