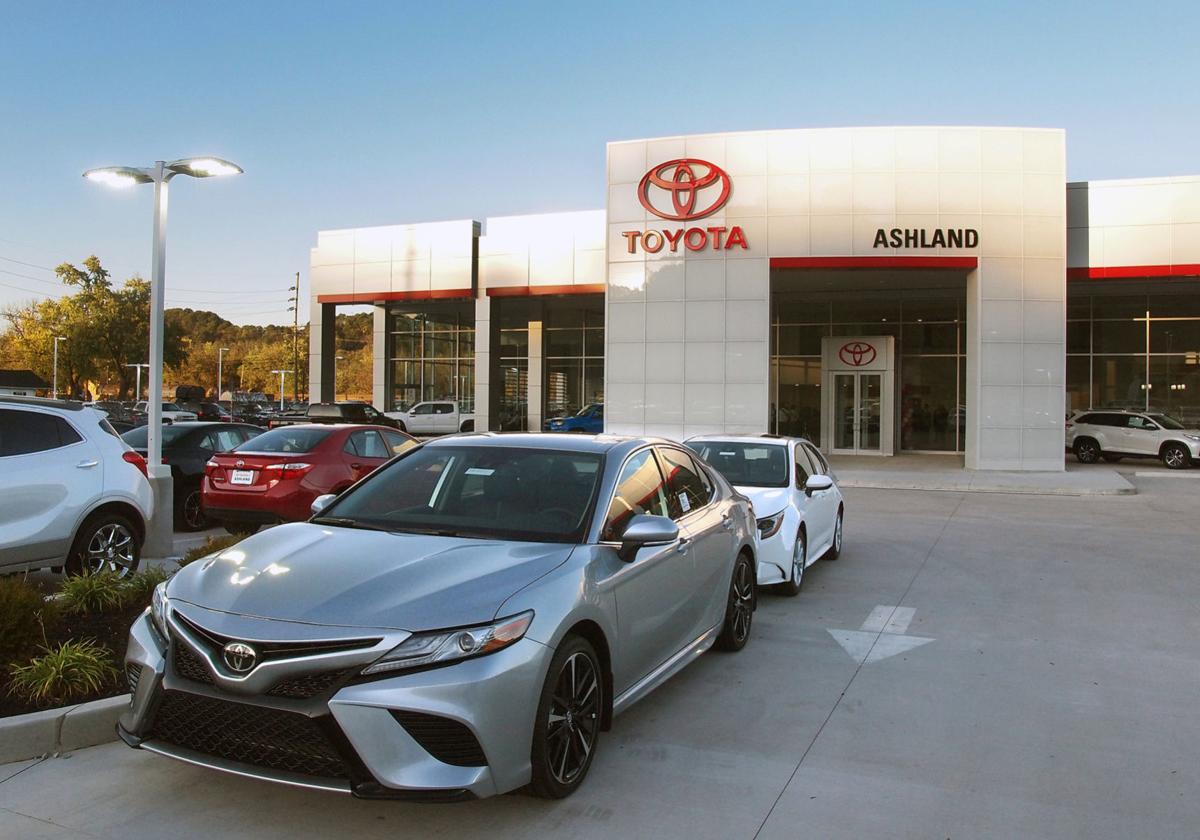 Toyota of Ashland includes both new and used car lots, showroom and full-service department. It is located on 3503 Winchester Ave. in Ashland. 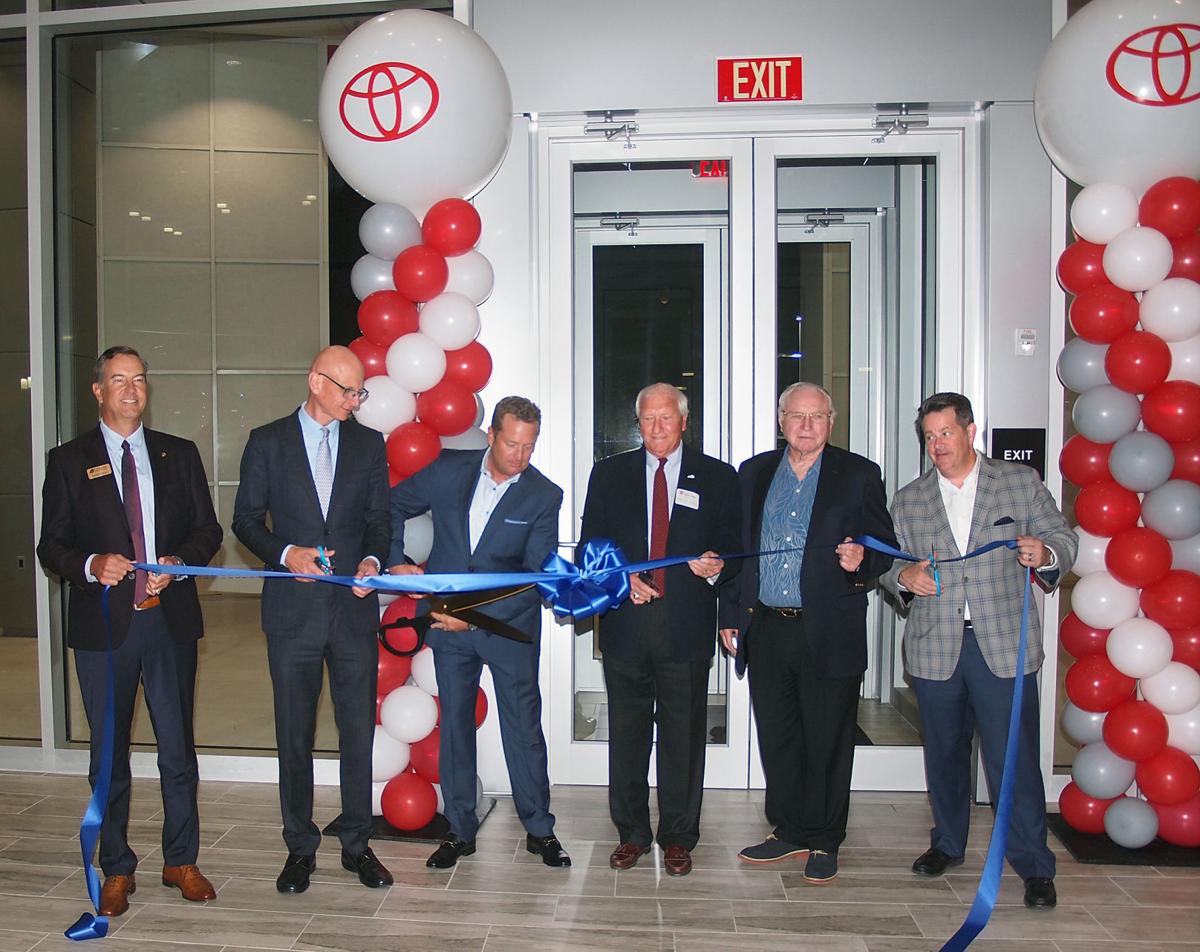 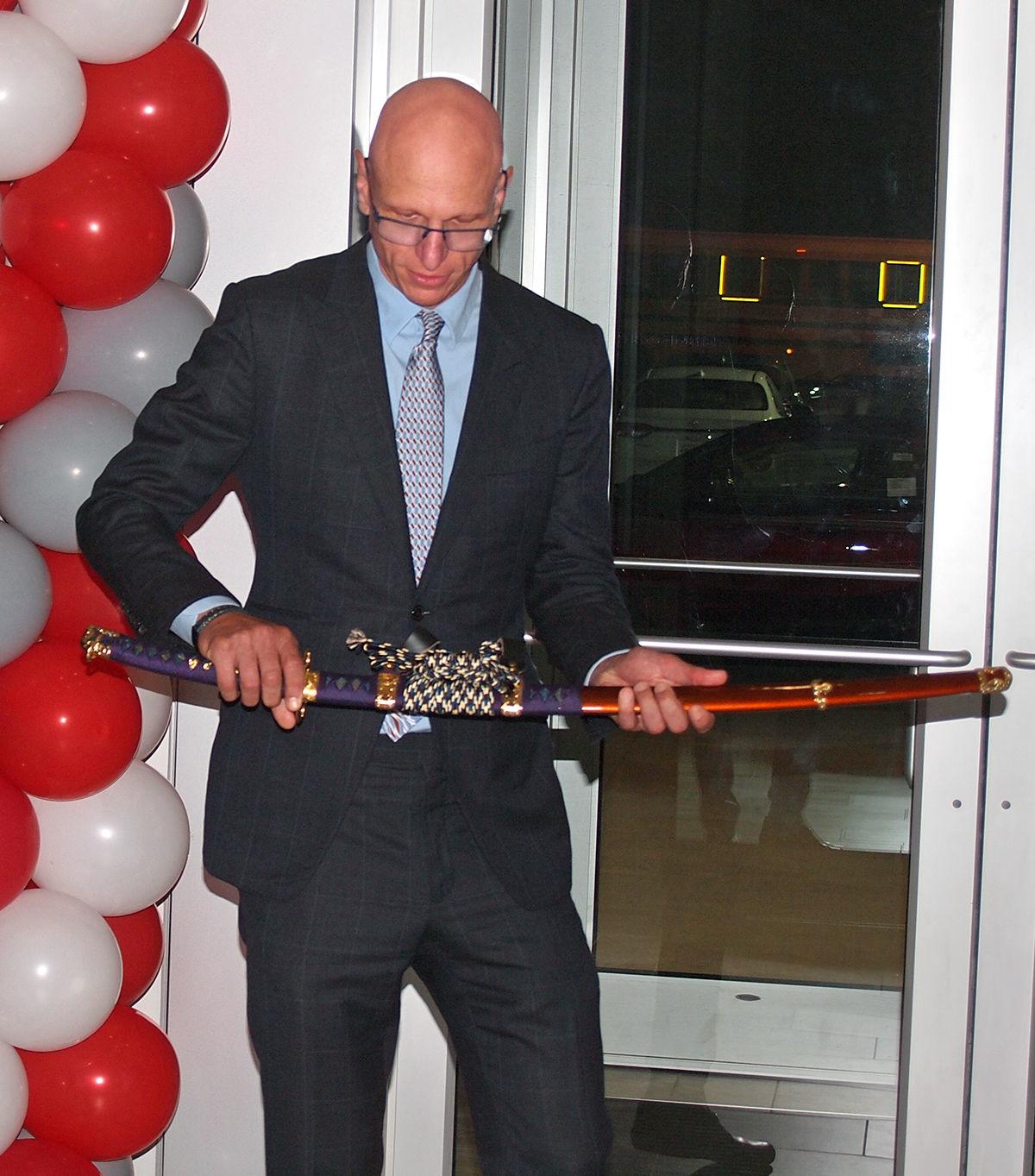 Franchise owner Clay Green admires an ornate Katana sword presented to him by Toyota. The sword will be displayed at the dealership.

Toyota of Ashland includes both new and used car lots, showroom and full-service department. It is located on 3503 Winchester Ave. in Ashland.

Franchise owner Clay Green admires an ornate Katana sword presented to him by Toyota. The sword will be displayed at the dealership.

Auto dealership owner Clay Green was presented with a Katana sword, an iconic symbol of Japanese Samurai tradition. The sword represents a legacy of honor and excellence embraced by Toyota and will be displayed at the dealership.

“I am blessed and thankful to open this first-of-class facility in the Tri-State area,” Green said. “We’ve been working on this project for two years. It was mainly built by locals for locals. I’m excited to be bringing new jobs here, and to have the opportunity to sell the best brand in America.”

Green, who also owns Green’s Toyota of Lexington, said his partner, Mike Ayres, would be the “boots on the ground” at the Ashland facility.

Sales manager Todd Clagg, who grew up in Ashland, said the dealership employs 52 people. “They hire local. I think that’s one reason this area has been so receptive to Toyota. That, and people are looking for a good dealership that will take care of its customers.”

Green and his partners purchased the three-acre property on Winchester Avenue in East Ashland after negotiating with city planners. The property was once home to the Bluegrass Grill, a drive-in restaurant where hordes of teenagers cruised during the ’50s and ’60s. The eatery closed in 2006. The old Heck’s Department Store was also located on the lot. That building was demolished last year.

Ashland Mayor Steve Gilmore said the Toyota dealership is key to a revival of business in the area. “I’ve always said we have to open up East Ashland,” Gilmore said. “Open it up, and economic development will follow.”

Gilmore praised Toyota for wanting to locate inside city limits, rather than “out on the highway.” He said the city owns some of the property adjacent to the new dealership and that “we’ve already had inquiries about it.”

The new Toyota facility has a large showroom, spacious customer lounge, both new and used car lots and a state-of-the-art service department with 15 service bays.

“Service is the backbone of our business,” Clagg said. “We offer full service for all models of Toyota and Lexus.”

Andrew Gilleand, vice president of sales for Toyota Motor North America, came up from the company’s headquarters in Plano, Texas, for the grand opening. He said Toyota’s growth strategy relies on innovation and market penetration.

He credits the RAV4’s popularity to its unibody design — as opposed to the traditional body-on-frame design used by most trucks and SUVs. The unibody platform makes the RAV4 more fuel efficient, and unibody SUVs generally handle more like a sedan.

Another example of the company’s innovation is that a hybrid powertrain will be available as an option for all models within five years, according to Gilleand.

He also praised the owners for hiring and training local talent. “A franchise isn’t just steel and concrete. It’s the employees. That’s where a dealership’s personality comes from.”

Green agreed. “We’re here to be involved in the community,” he said. “Tell your friends.”