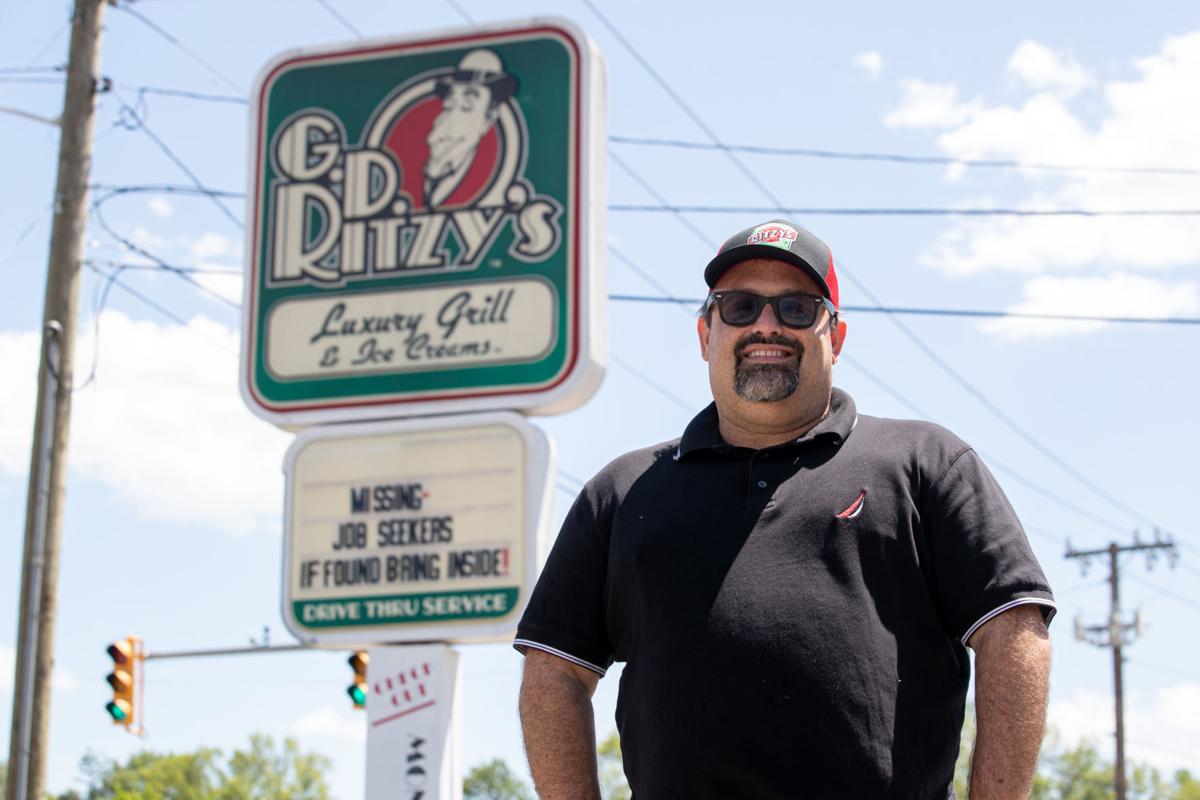 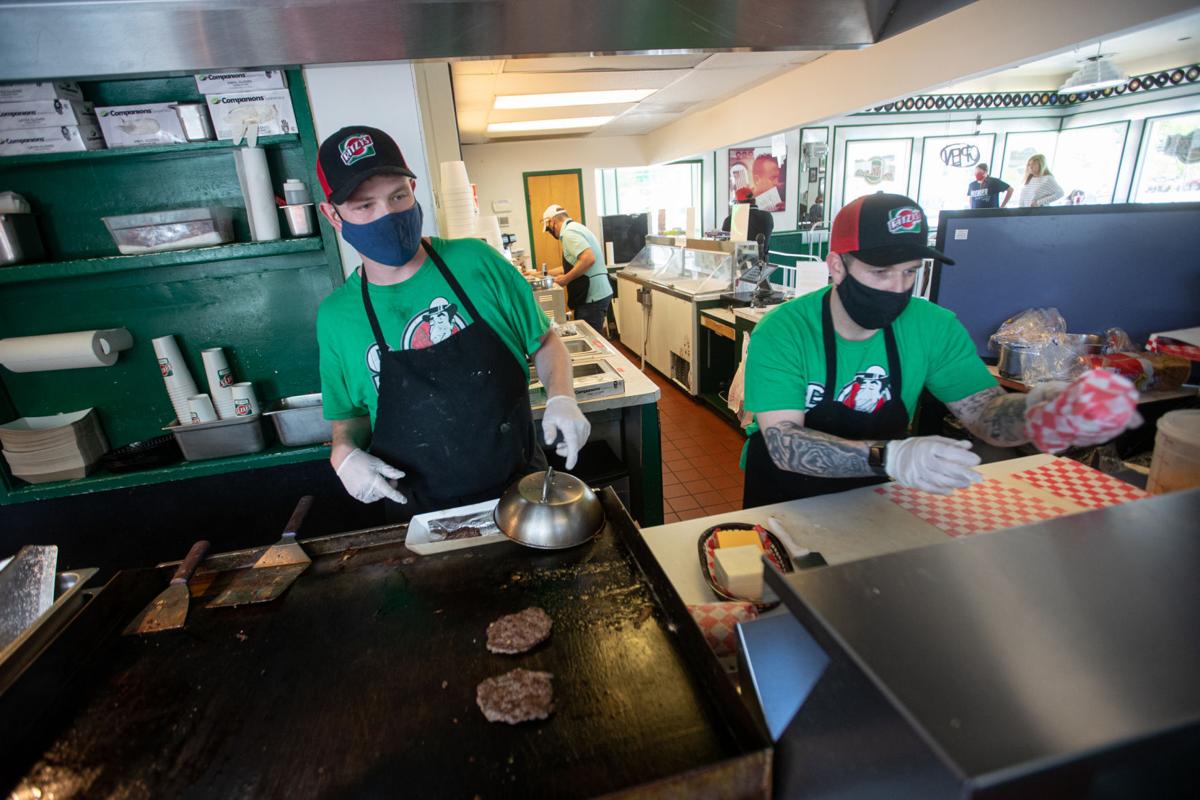 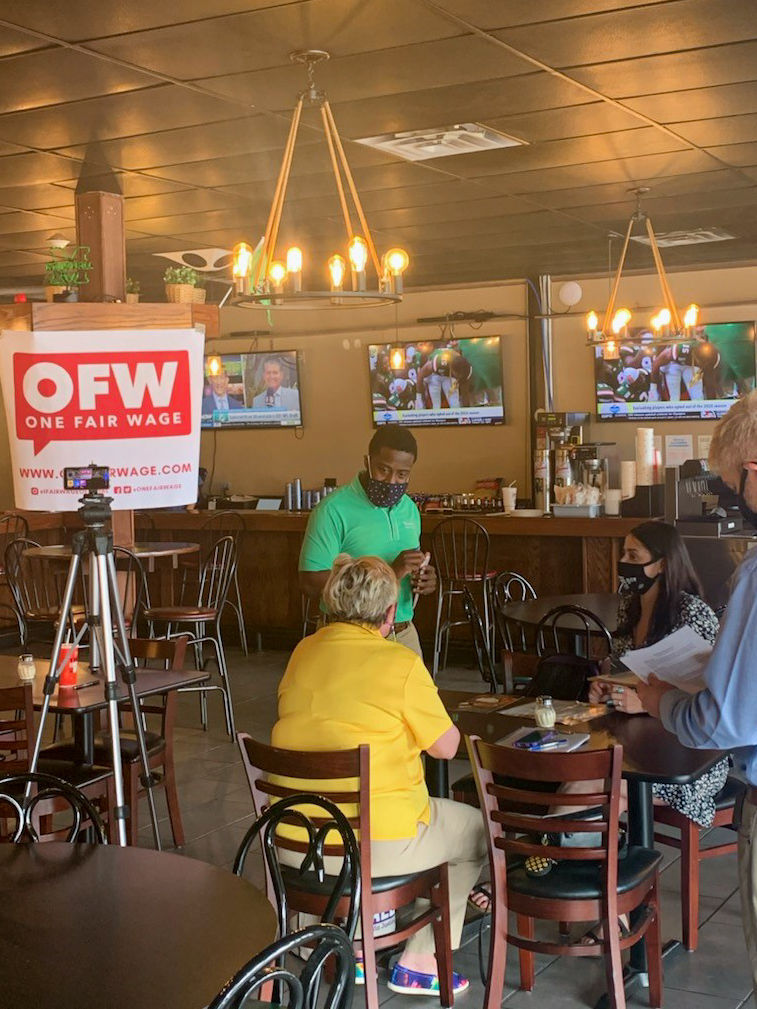 West Virginia Del. Sean Hornbuckle, D-Cabell, says while enhanced unemployment benefits may be one factor for those not seeking a job, he believes low wages is another. On Wednesday, he was a “server for an hour” at Giovanni’s Pizza in Huntington to draw attention to the struggles of restaurant employees earning the subminimum wage for tipped workers. 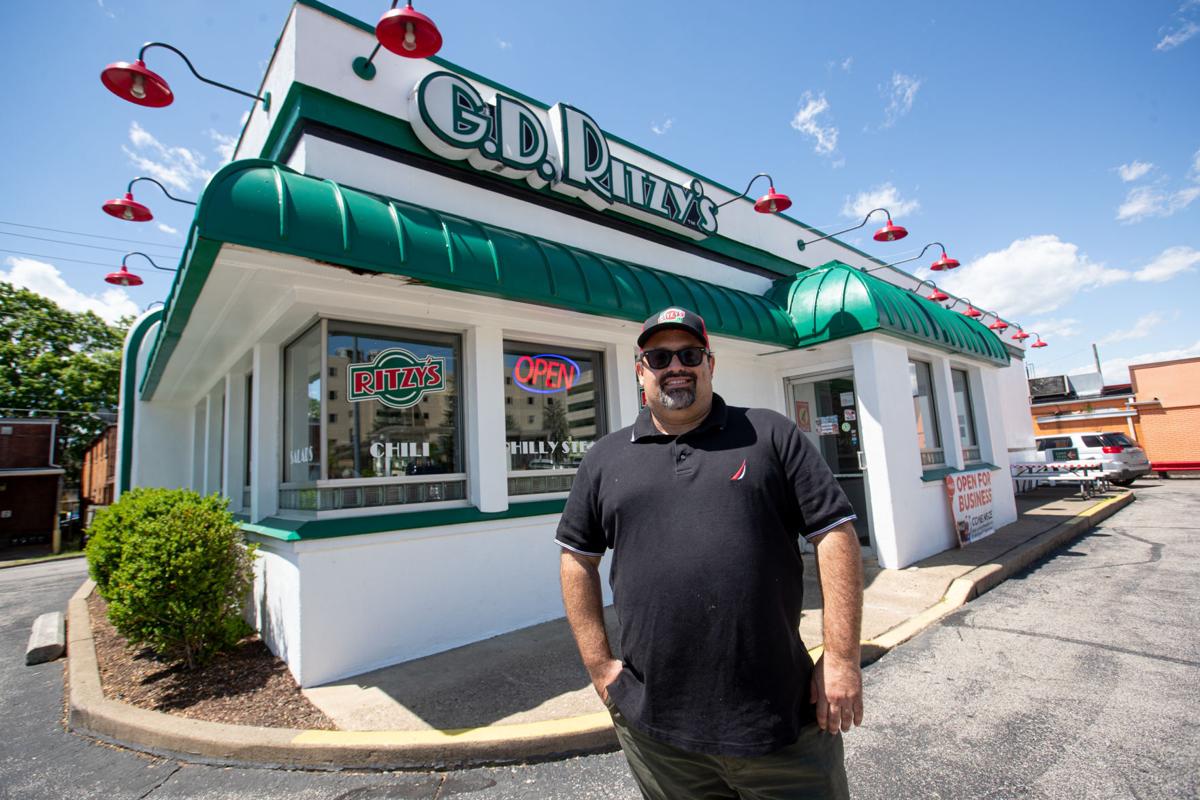 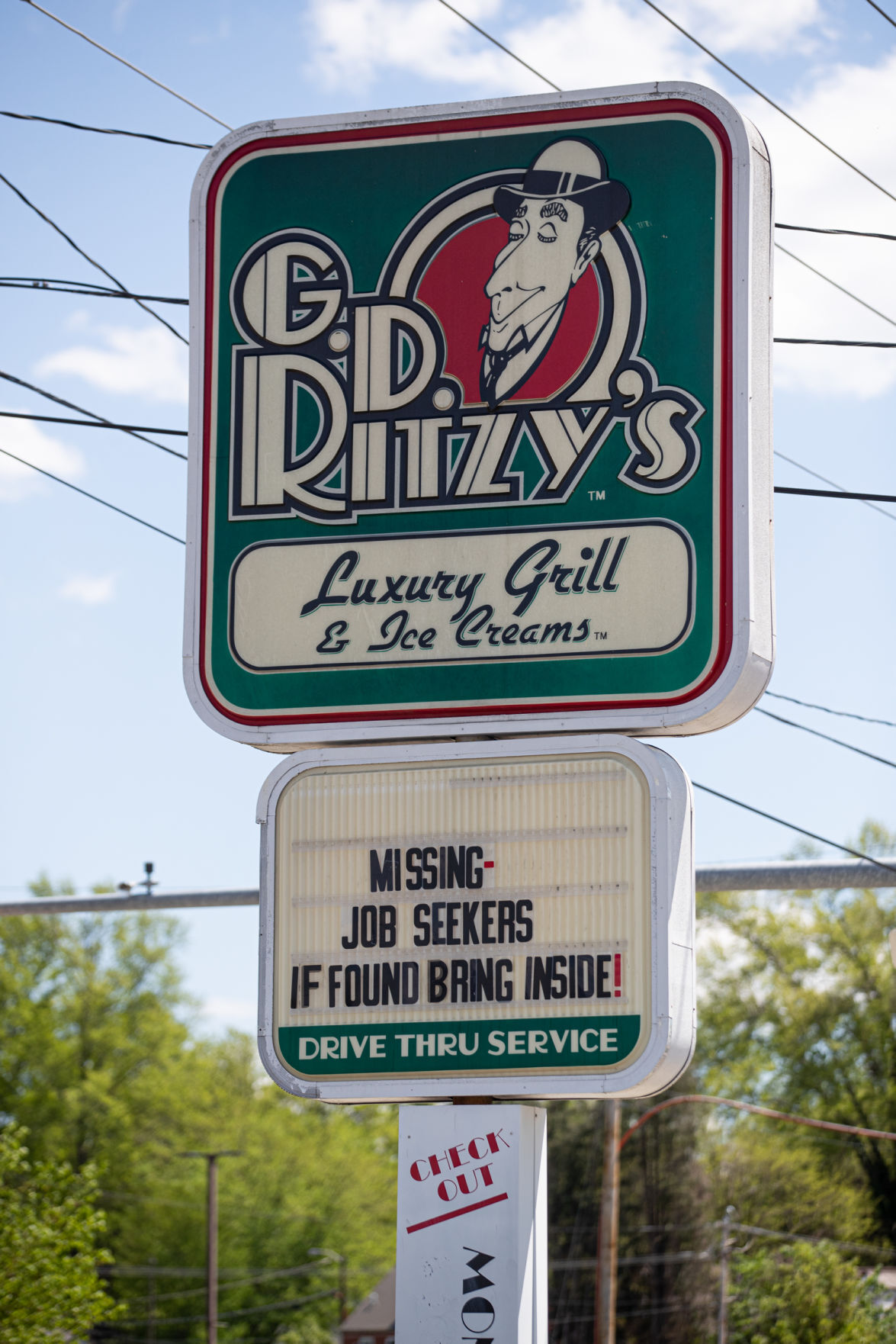 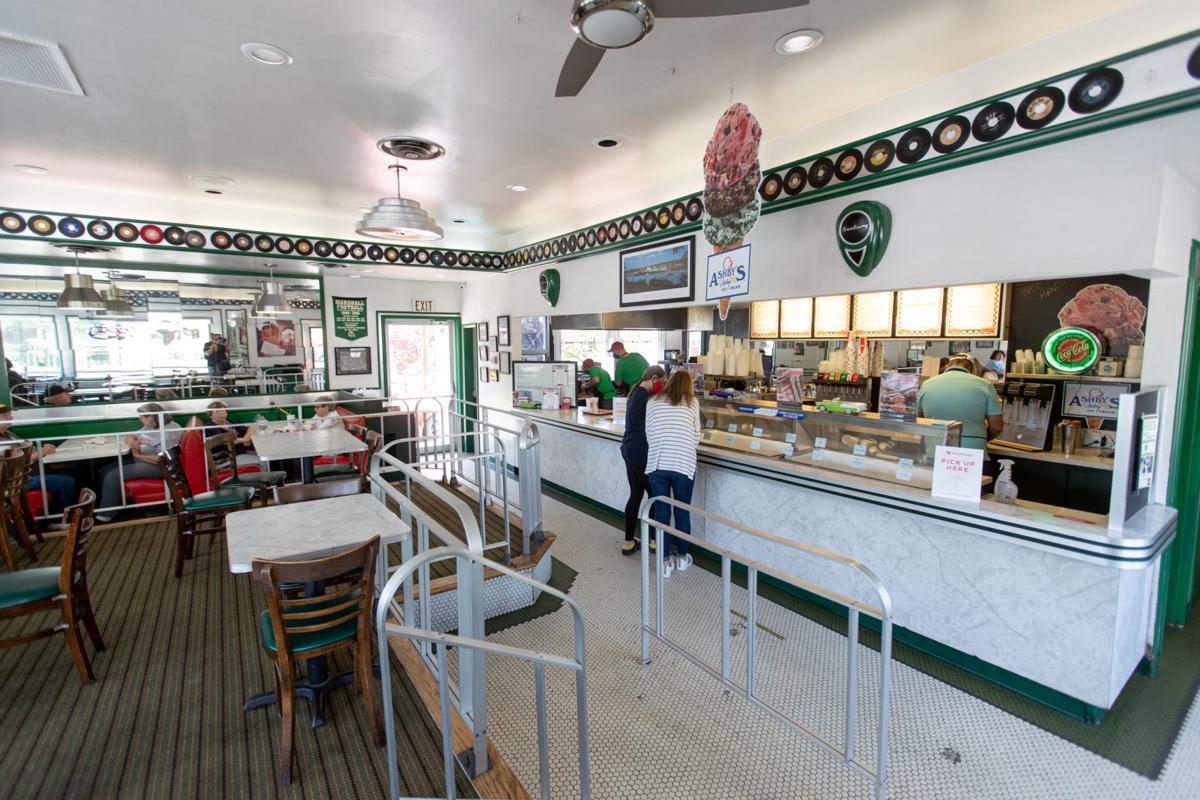 West Virginia Del. Sean Hornbuckle, D-Cabell, says while enhanced unemployment benefits may be one factor for those not seeking a job, he believes low wages is another. On Wednesday, he was a “server for an hour” at Giovanni’s Pizza in Huntington to draw attention to the struggles of restaurant employees earning the subminimum wage for tipped workers.

HUNTINGTON — A few weeks ago, Jason Webb decided to do something different from a traditional “Help Wanted” sign to attract job seekers to work at G.D. Ritzy’s, a 1950s-themed restaurant on Hal Greer Boulevard in Huntington.

“I put on my sign in all capital letters, ‘MISSING — JOB SEEKERS. IF FOUND, BRING INSIDE,’” Webb said. “My manager George West came up with it.”

Then Webb posted it on G.D. Ritzy’s Facebook page. The post received hundreds of views, comments, tags and shares.

“An issue all over the industry!” commented Adam Lee.

“Government making it more profitable to sit at home than to work,” James-Chip Harper commented.

“When the government quits paying them to stay home, you may get them to work,” added Randy Williams.

Most comments blamed government policies that have extended and enhanced unemployment benefits and a second round of stimulus payments to individuals and families.

“I feel like I am competing against the enhanced unemployment benefits and the stimulus,” he said. “It is making it hard to find workers when they can make so much not working.”

While Webb’s unique sign and post garnered him a few applications, he says finding job seekers is still an issue and he still has positions available.

And it’s not just Webb.

“I have heard from numerous members of our chamber who are having issues finding the necessary employees to offer their services or make their products,” said Bill Bissett, president and chief executive officer of the Huntington Regional Chamber of Commerce. “In some cases, we’re hearing that some services and offerings have been limited by the company, not because a lack of supplies or demand, but the necessary workforce needed to meet the needs of their customers. As our economy returns to a new ‘near normal’ in response to COVID-19 and people are wanting to go outside, retail shops and especially restaurants are being hit the hardest in having trouble finding the number of workers that are needed.”

The problem isn’t just a local one either.

The National Federation of Independent Business found in a March survey of its members that 42% had job openings they couldn’t fill.

“Main Street is doing better as state and local restrictions are eased, but finding qualified labor is a critical issue for small businesses nationwide,” said NFIB chief economist Bill Dunkelberg. “Small-business owners are competing with the pandemic and increased unemployment benefits that are keeping some workers out of the labor force.”

A study released last month by the National Bureau of Economic Research found that a 10% increase in unemployment benefits during the pandemic led to a 3.6% drop in job applications.

Paul Davis, general manager and chief executive officer of the Tri-State Transit Authority, says job openings for bus drivers and mechanics are not getting any applicants.

“We have tried everything we can think of to get people to apply but have had little success,” he said. “Bus drivers here basically make around $25 an hour, and we still can’t get qualified people to apply.”

Davis says he believes that increased unemployment benefits and federal stimulus payments are keeping people from going back to work.

“If they are getting more money by not working, then there is no incentive for them to return to work,” he said.

Staffing agency Manpower in Huntington also cited higher unemployment benefits as one of the main factors.

“The additional $300 in federal unemployment benefits is absolutely a factor,” said Bobbie Ward, a branch manager. “We have more jobs right now than we do people looking for work. When you can make more in unemployment than you can working, then it’s going to keep a lot of people from seeking work.”

The maximum weekly unemployment benefits in West Virginia are $424 plus $300 in federal coronavirus relief payments, meaning someone could receive as much as $724 a week.

Even with the additional benefits, employment is slightly trending up in the Mountain State. West Virginia’s seasonally adjusted unemployment rate dropped three-tenths of a percentage point to 5.9% in March 2021. The number of unemployed state residents decreased by 2,400 to 47,300 and total employment was up 2,000 over the month, according to data from WorkForce West Virginia.

“It’s a job seeker’s market,” Ward said. “We are here to help them find a job and to also help employers find employees.”

Ward says despite the challenges, Manpower is continuing to use innovative ways to reach potential employees for its clients.

“We continue to host job fairs and partner with high schools and colleges to recruit workers,” she said. “We have available jobs in various industries that include industrial, clerical, health care and more. We have part-time and full-time jobs available. If you are seeking a job, right now is a great time to find one.”

State Del. Sean Hornbuckle, D-Cabell, says while enhanced unemployment benefits may be one factor for those not seeking a job, he believes low wages is another. On Wednesday, he was a “server for an hour” at Giovanni’s Pizza in Huntington to draw attention to the struggles of restaurant employees earning the subminimum wage for tipped workers.

“As a financial adviser and lawmaker, I’ve devoted my life to helping people, and raising wages are no different. Bringing wages up to reflect the correlation of labor is important to keep the economy going. No one should have to work three jobs to provide for a family. Raising the wage responsibly will not only help the employee, but will help all local small-business owners as our community will have more discretionary income to boost commerce,” Hornbuckle said.

“Unemployment benefits have risen with the cost of living, whereas wages haven’t. These issues are one in the same and have added to human resource issues for local small businesses. Acting now will help our current employment woes but also jumpstart the economy while benefiting our community dynamics.”