WorkForce West Virginia offices are pictured on April 3 in Huntington. 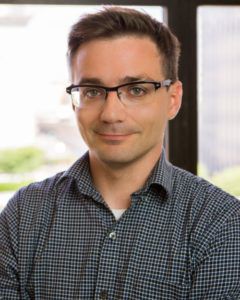 HUNTINGTON — To slow the spread of the virus no one in the world has immunity to, thousands of West Virginians had to lose their jobs.

Now, as people head back to work, some low-earning West Virginians are realizing they may have been better off without a job.

“The $600 bonus program from the federal government going out to everybody (on unemployment), that was somewhat of a windfall,” Gov. Jim Justice said Monday during his daily press briefing. “That’s great, as far as I’m concerned, in West Virginia. It’s such a — if you look at it, it’s a little amount of money.”

The federal government has been providing an additional $600 to each unemployment check since April. In West Virginia, the average unemployment check is $312 a week. With the added funds, there have been reports across the country of people making more money on unemployment, leaving some choosing not to return to their jobs. Justice even mentioned it recently during a press briefing.

Not returning to work and continuing to collect unemployment is fraud, according to federal law. Employers can report former employees to WorkForce West Virginia. According to a spokesperson for the West Virginia Department of Commerce, which oversees WorkForce, there have been cases of fraud reported, but no quantity could be provided, as they are being investigated.

Sean O’Leary, senior policy analyst with the West Virginia Center on Budget and Policy, said he has anecdotally heard some employers say they are having a hard time getting people to return to work, but he hasn’t seen any data to show it is a real concern. Plus, West Virginia continues to see around 4,000 new unemployment claims each week, which is three to four times the normal weekly amount and comparable to the worst weeks of the Great Recession, so people are still losing jobs, he said.

The concern, O’Leary said, is what happens when those $600 payments end in July.

“That is going to be a major shock to the economy and to the people who are receiving it,” O’Leary said. “There’s more than 80,000 workers in West Virginia collecting unemployment, which is far beyond even what we saw during the Great Recession. It would take months and months of really solid growth to get jobs for all of those people, and that’s assuming no more workers get added on.”

“We also have a pretty good idea that it is largely low-wage workers who have lost jobs and are collecting unemployment,” he said. “Demographically, women, black workers and younger workers have been disproportionately affected, and those demos are typically over-represented in low-wage jobs.”

The best thing for these workers right now would be to extend the U.S. Coronavirus Aid, Relief and Economic Security (CARES) Act, O’Leary said.

“The July 31 expiration is just an arbitrary date and doesn’t reflect actual economic conditions,” he said. “These are people who lost their jobs through no fault of their own. It’s going to take a long time to get the economy back to where it was, and while things are still uncertain, those supports are very important.”

Justice echoed O’Leary, saying it was the government that shut down the jobs so it is the government’s job to help those people survive. He has repeatedly said he believes there will be a second stimulus package coming. President Donald Trump and Senate President Mitch McConnell, R-Ky., have both said it is a strong possibility, though no details have been shared.

Justice also said the state will be unveiling plans to assist small businesses.

Low-income workers needed more support before the pandemic, and they will need support after, especially because low-income jobs are expected to be two-thirds of the jobs created in West Virginia over the next decade, according to WorkForce West Virginia. Raising the minimum wage to a living wage, which would be about $12 an hour in West Virginia, is one of the solutions, says the Budget and Policy Center.