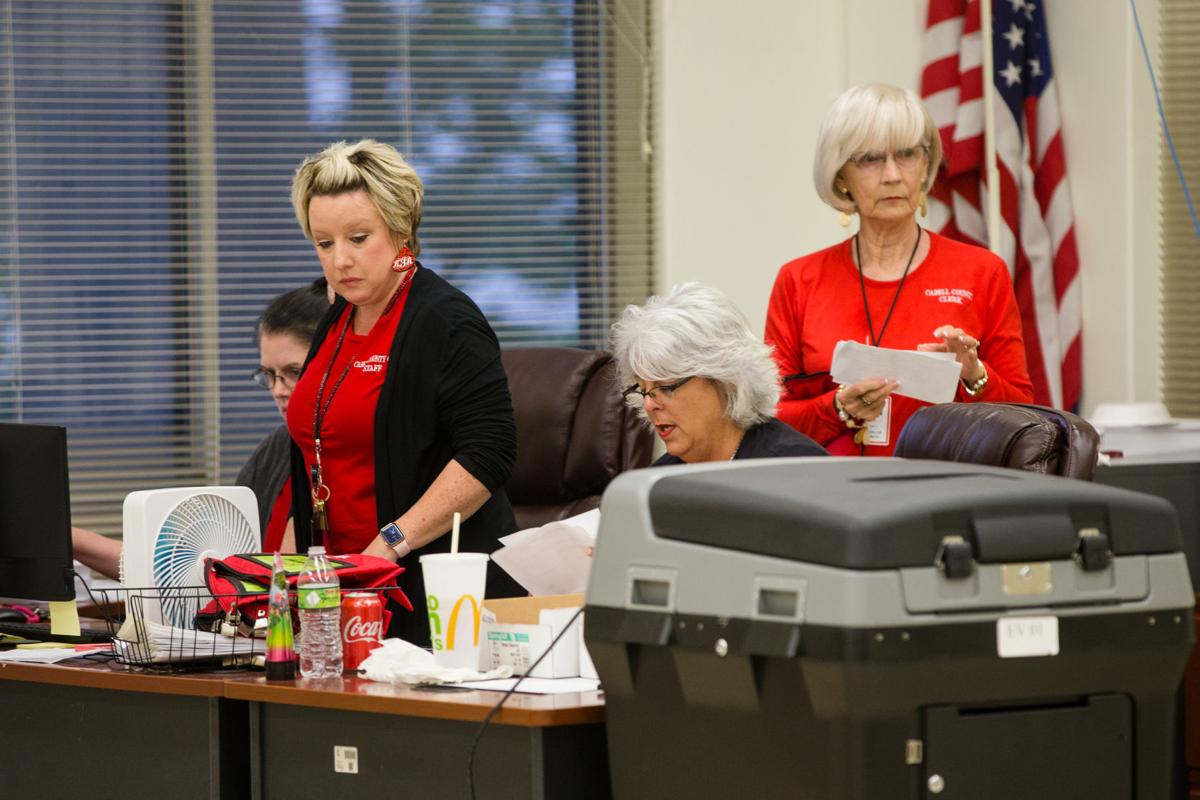 ABOVE: Election officials process incoming precincts during West Virginia’s primary election on June 9 at the Cabell County Courthouse in Huntington. 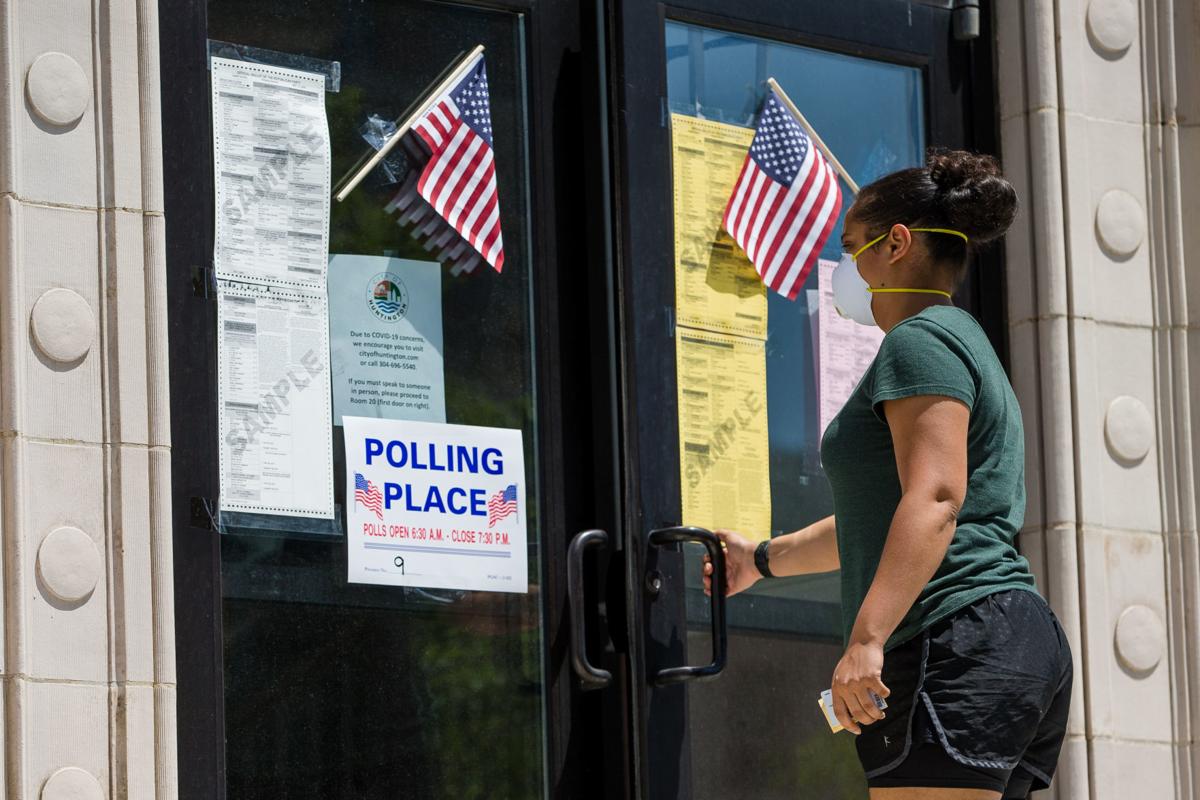 A voter enters a polling place located at City Hall for West Virginia’s primary election on June 9 in Huntington. 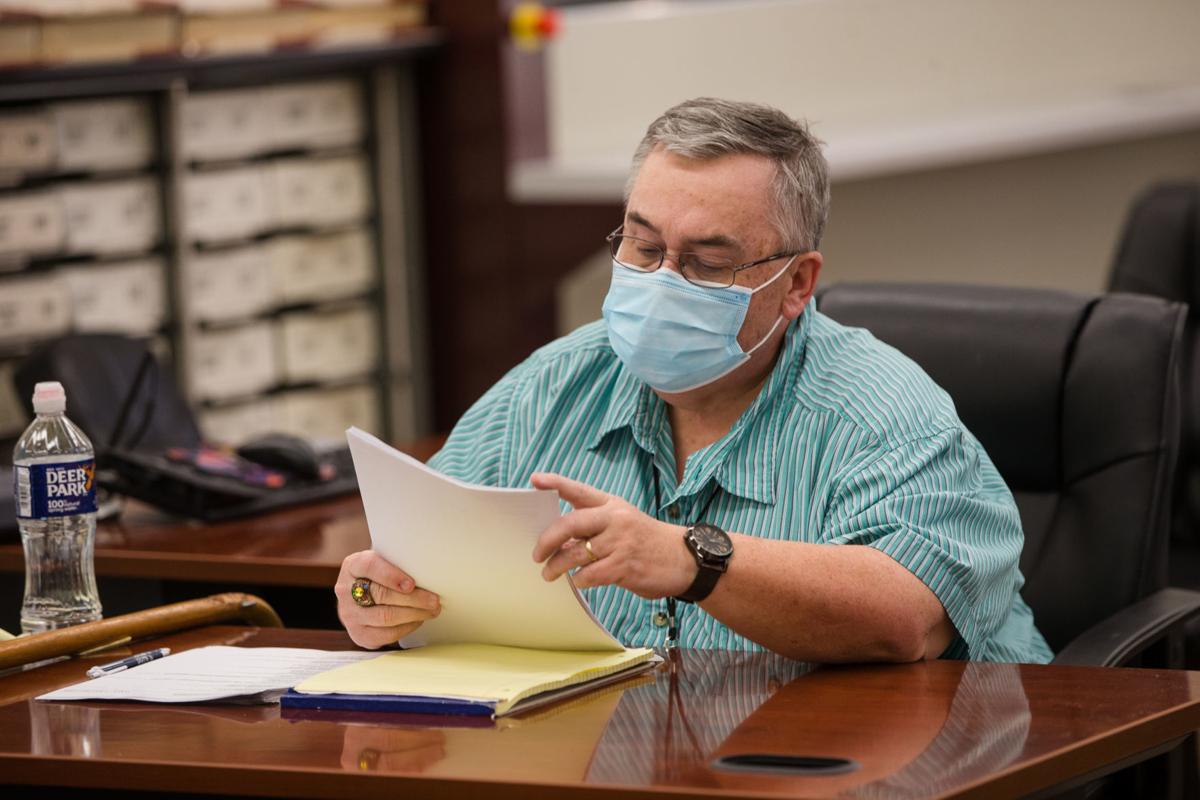 ABOVE: Election officials process incoming precincts during West Virginia’s primary election on June 9 at the Cabell County Courthouse in Huntington.

A voter enters a polling place located at City Hall for West Virginia’s primary election on June 9 in Huntington.

CHARLESTON — Less than 24 hours after the polls closed for West Virginia’s 2020 primary election, Secretary of State Mac Warner said there were a lot of lessons learned and more work to do if officials are going to repeat the process in November amid the global coronavirus pandemic.

Employees in county clerks’ offices throughout the state already had received approximately 217,885 absentee ballots as of Wednesday, and another 44,468 absentee ballots still were outstanding, according to the secretary of state’s website.

County clerks and voter canvassing boards have plenty more work to do beyond waiting for the remaining absentee ballots to come back in, Warner said, but while that work is being completed, West Virginians and county clerks should be proud of their extra efforts to make this a “smooth and clean” election.

“The election worked, but there are lessons to be learned from this,” Warner said. “I’m anxious to let the (county) clerks get through the canvassing process and talk to them about what worked, what didn’t work, what their recommendations are, should we get into this situation in November.”

There are enough outstanding ballots that at least one statewide election, the Democratic Party’s primary for attorney general, remains too close to call and could stay that way until election results are certified in all 55 counties, Warner said.

At this point, any delays in finalizing election results would have to do with the process itself, Warner said.

Election results have to be certified 30 days after the vote, and canvassing processes are set to begin Monday, June 15, Warner said.

He said there were no major systemic problems reported to his office on Primary Election Day. Warner particularly noted that he did not receive any reports of cumbersome long lines at polling places.

Delaying the election by 29 days gave his office and county clerks time to see what issues other states were experiencing and adjust West Virginia’s procedures to accommodate, Warner said. Examples he gave largely had to do with concerns that there might not be enough poll workers on Election Day.

To remedy that, Warner asked Gov. Jim Justice to make a special rule to require only three poll workers per precinct, instead of the state-mandated five workers, and election officials combined local precincts, once voters began mailing in their absentee ballots, to limit the need for more poll workers.

When it came to dealing with the more than a quarter-million absentee ballot requests, there were few options to find more efficiencies in mailing out applications, processing them, and mailing out and processing the actual physical ballots.

In Berkeley County, Donnie Plotner, the chief deputy of elections, said his office hired an additional six temporary employees to help process the nearly 13,000 absentee ballot requests his office received. Even with the extra help, he said, the Berkley County Clerk’s Office staff worked nights and weekends to make sure all of the applications and ballots were properly processed.

“It was an extreme amount of work, because of the large number of absentee ballots,” Plotner said. “It really showed that we are willing to go the extra mile to make sure everyone can vote. And it went very smoothly, considering the pandemic and the date change and all of the absentee ballots.”

Plotner and Warner said they couldn’t know whether West Virginia still will be under a state of emergency by the time the general election rolls around, but they said they will have to work to convert their primary election lessons to practice before November.

Logistically, Plotner said, he has a better idea of what resources his office would need, especially knowing that more people normally vote in the general election than in the primary election.

“We tended to be just maybe a couple of steps back behind everything, because of the date change,” Plotner said. “We’re better prepared to realize what needs to get done and what the manpower needs to be to make this happen.”

Warner said the primary voting process could be repeated, but his main concern is that, with more absentee ballots being distributed, there is more chance for fraud. That, he said, creates a greater need for his office to keep up support of its investigations division, and maintain partnerships with law enforcement, to prevent and investigate reports of voter fraud and other activity.

“Do we want to do this again in November if the pandemic is still on us and in a state of emergency? Yes,” Warner said. “We saw that it can work. We made it work. How we proceed in November will be based on after-the-action reports based on the things that worked and didn’t work (in the primary election).”

Election leaders at a glance

Here are the names of candidates leading in vote totals as of Wednesday. Canvassing will beg…