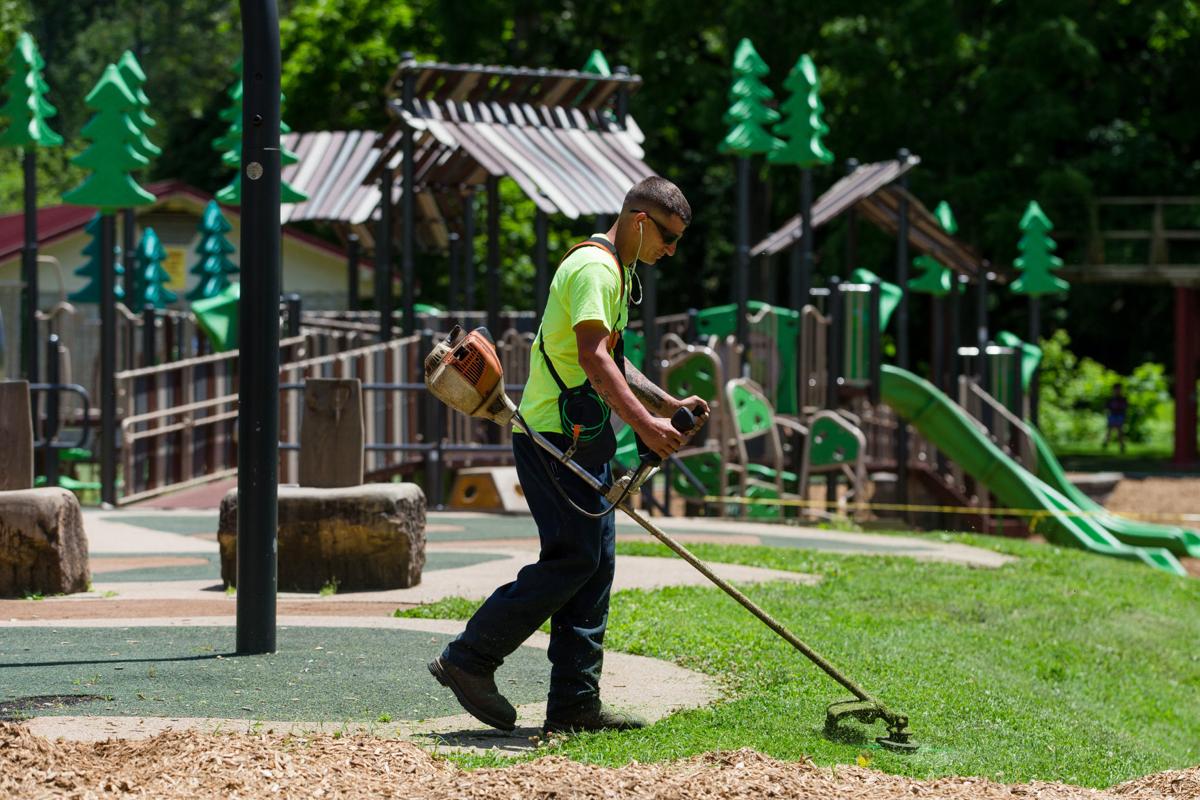 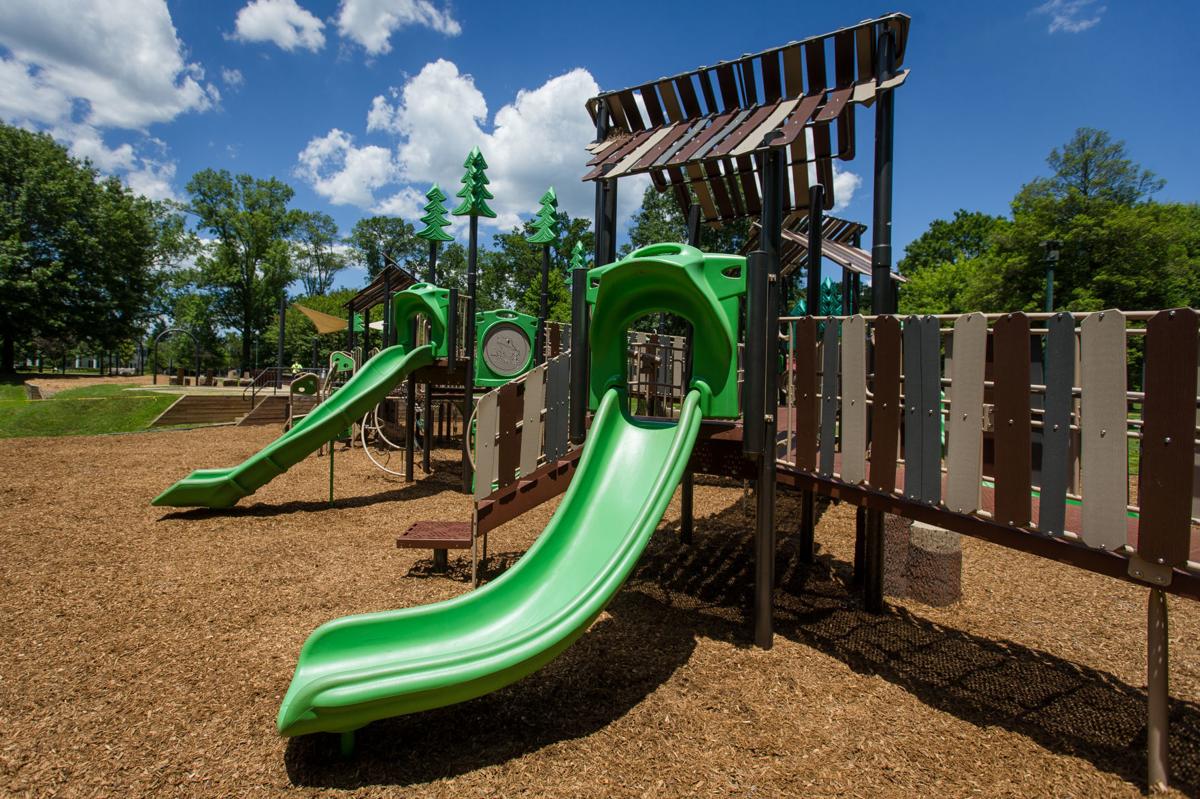 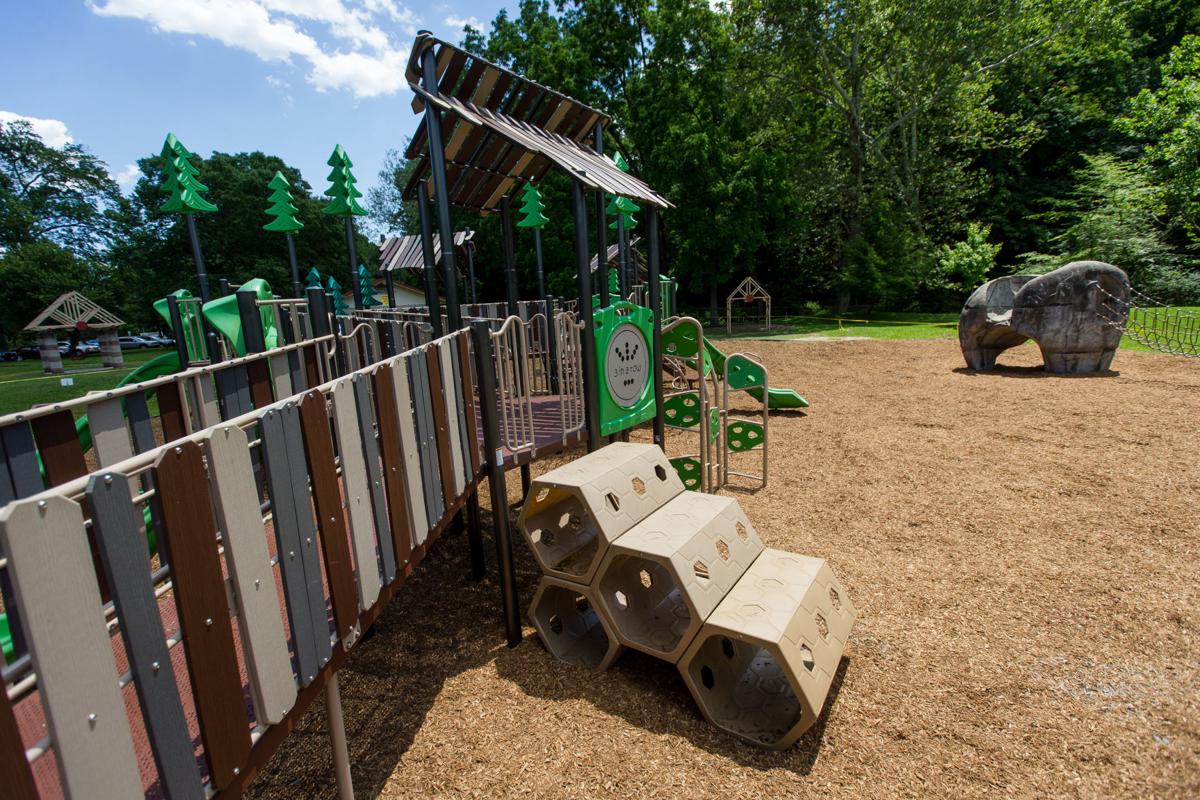 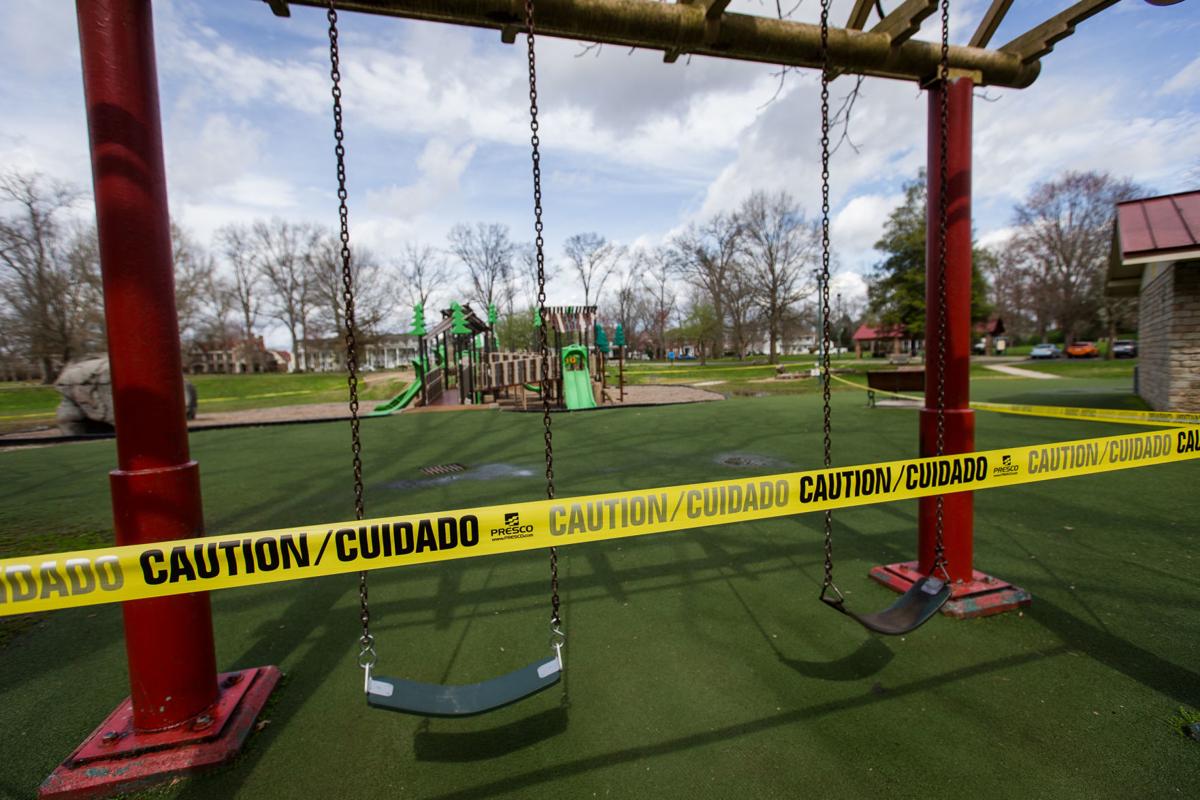 Caution tape closes off the Ritter Park playground on March 20, 2020, in Huntington.

Caution tape closes off the Ritter Park playground on March 20, 2020, in Huntington.

HUNTINGTON — The Greater Huntington Park & Recreation District is planning to reopen its playgrounds to the public Monday, June 15.

This decision was made following the recent rise in the number of businesses reviving themselves and reopening their doors to the public, along with a batch of new guidelines released by the state government. Almost all GHPRD sites and attractions will be open next week, with the exception of the splash pad at April Dawn Park, which is expected to remain closed throughout the summer.

As with all the park facilities, there will be no active measures to enforce social distancing or limit the number of people in the playgrounds; instead, signs and posters will be around the park encouraging safety and awareness of COVID-19. Interim Executive Director Kathy McKenna described it as now being in the hands of the public.

“We want to make sure everyone stays as safe as possible out there,” said McKenna. “However, people are going to have to start making their own decisions on whether or not they’re comfortable enough to bring their families to the parks.”

Though basic cleaning protocols can be expected, there will be no active sanitization measures for the playgrounds. McKenna said the Centers for Disease Control and Prevention (CDC) does not recommend outside surfaces be routinely sanitized, and that the strong chemicals used can potentially harm the children who would be playing on the equipment.

The CDC’s official guidelines for cleaning and disinfecting facilities do state that while outside areas — such as school playgrounds, for example — do not require sanitization, routine cleaning is suggested. This also holds true for paths, sidewalks and roads, as health experts have said the spread of COVID-19 through these areas is extremely slow and that their cleaning has not been shown to curb infection rates.

McKenna does encourage families visiting the parks to make frequent use of the nearby restrooms located at all the playgrounds in order to practice proper hygiene. Plans are in place to provide a hand-washing station to one of the parks in the near future, as well.

GHPRD officials said they will more than likely shut down park facilities in the coming months if a second wave of COVID-19 becomes apparent.

As the playgrounds begin to reopen to the public, McKenna said the primary concerns of the Park District moving forward will be to keep a close eye on the situation and watch for any developments.

“It’s been hard to plan things,” McKenna said. “It seems like everything keeps changing, day to day, and each change comes faster than the last. But we’re going to do our absolute best to stay on top of things.”