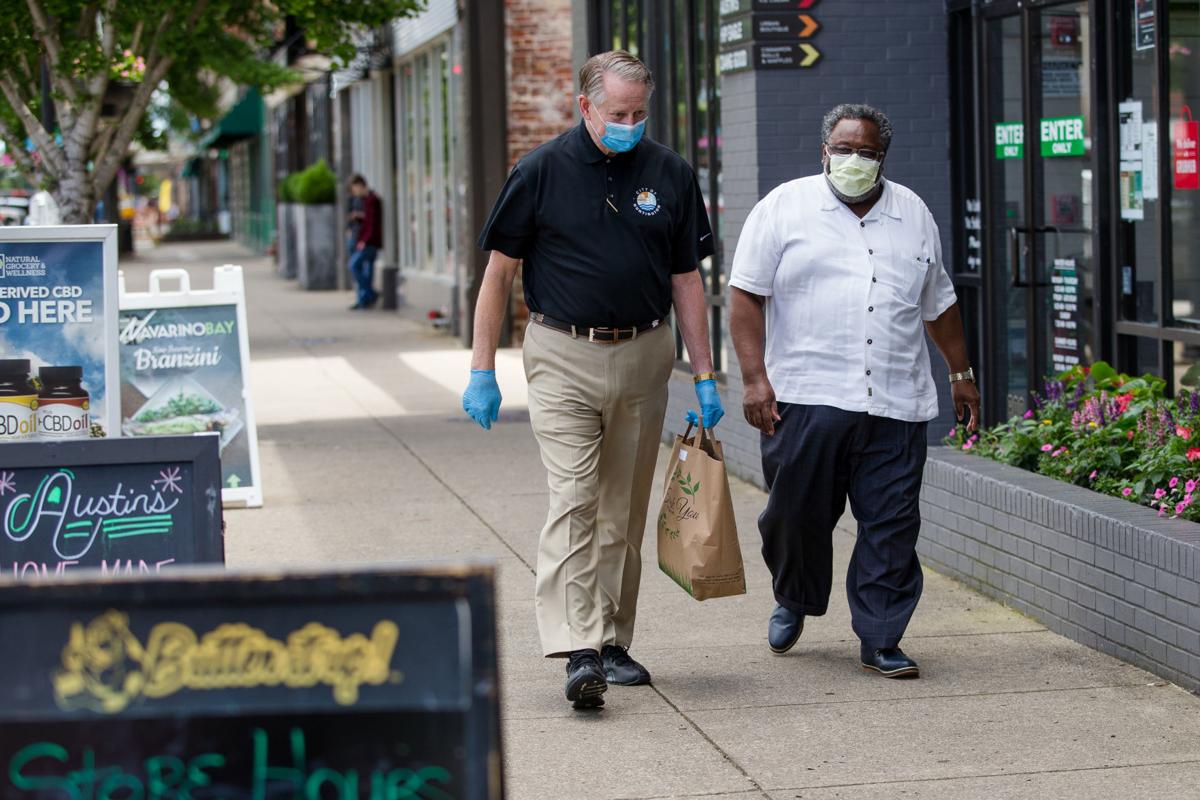 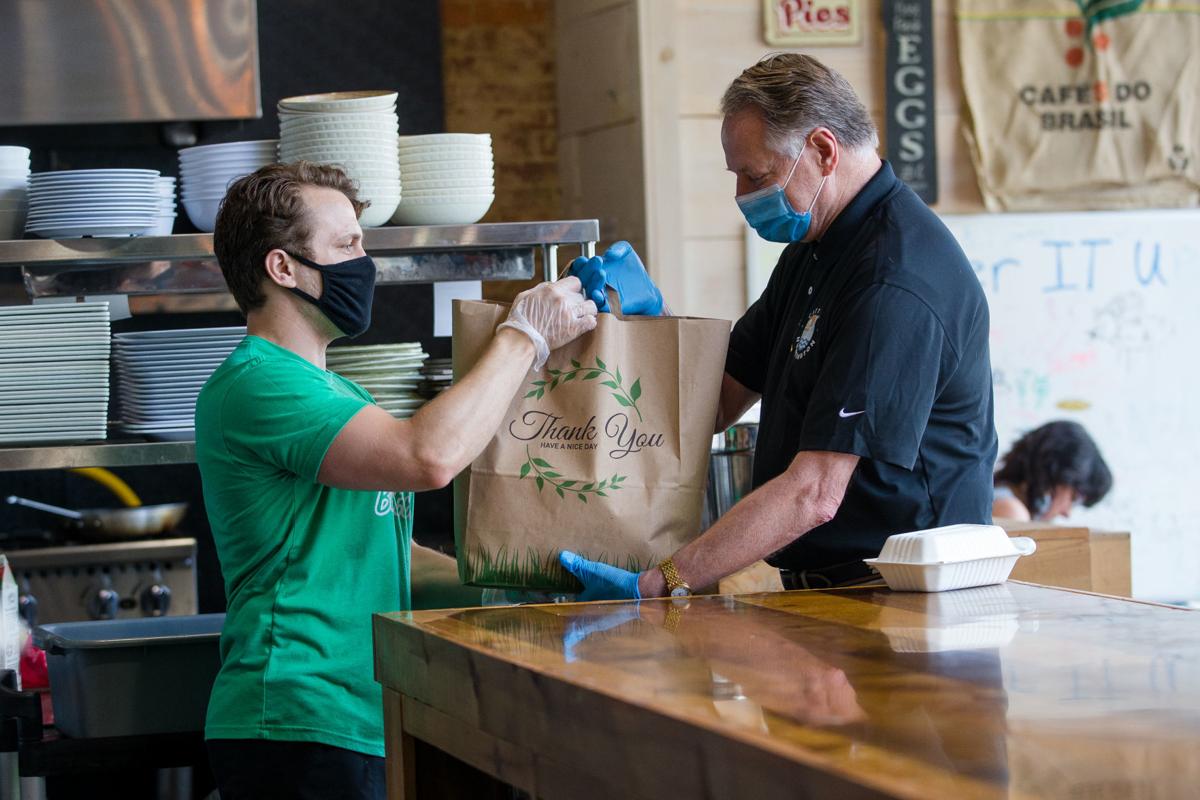 Mayor Steve Williams, right, delivers a bag of personal protective equipment (PPE) to Chris Miles, general manger of Butter It Up! at The Market, on Thursday, June 11, 2020, in downtown Huntington. 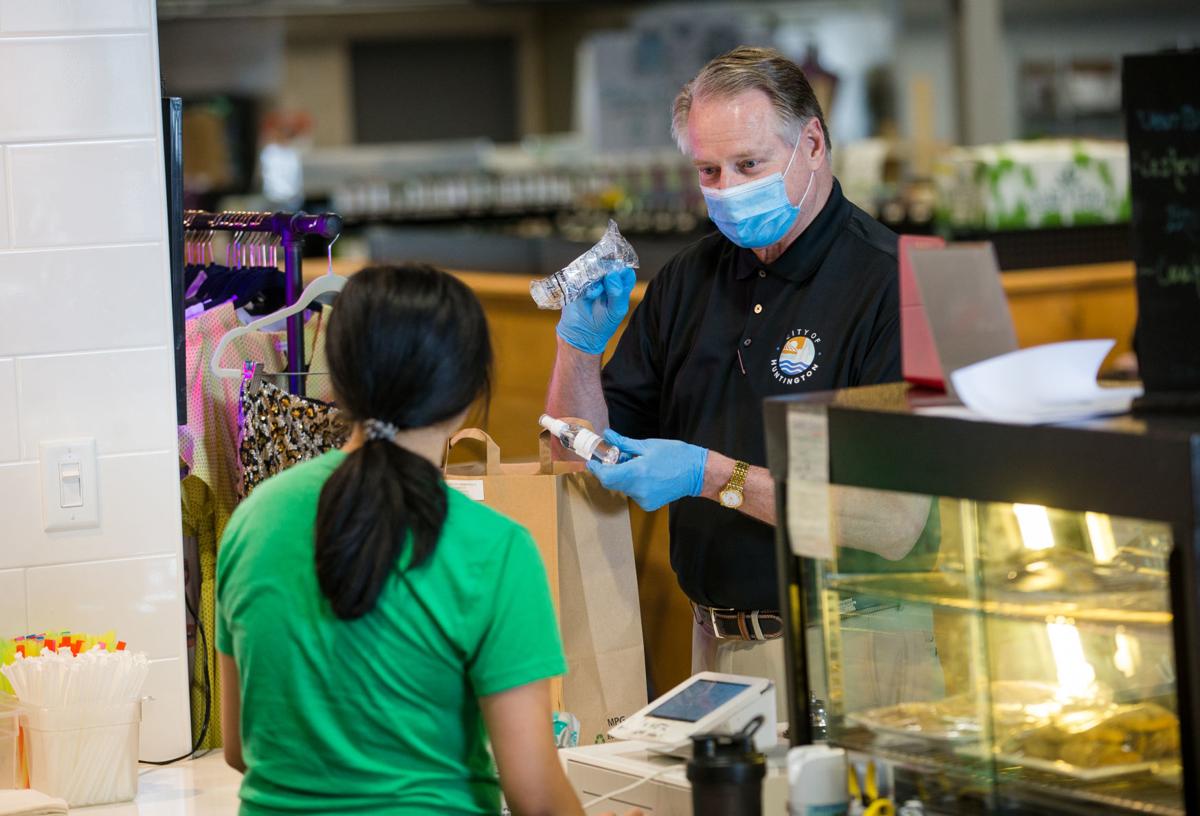 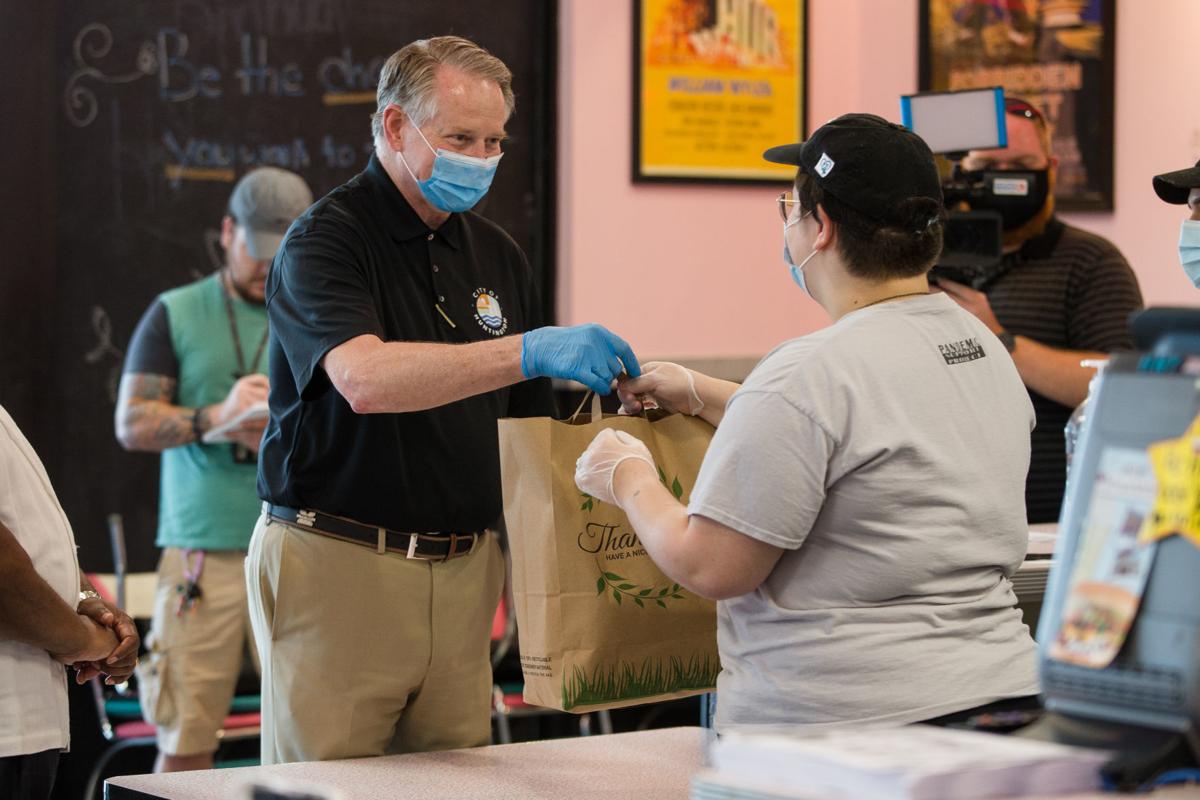 Mayor Steve Williams, right, delivers a bag of personal protective equipment (PPE) to Chris Miles, general manger of Butter It Up! at The Market, on Thursday, June 11, 2020, in downtown Huntington.

HUNTINGTON — Mayor Steve Williams and some members of Huntington City Council spent the majority of Thursday delivering personal protective equipment to local businesses, calling it a gesture of gratitude for continuing to provide service to the city during the coronavirus pandemic.

Large bags were filled with latex gloves, glasses, hand sanitizer and disinfecting wipes and delivered to around 100 local businesses in the city. Williams delivered to 18 of those locations, accompanied by the City Council member who represents the district each business was in.

“This has been hard because they’ve had to close (during the pandemic). We’ve had to do what we could to block off and provide parking spaces so people could come in and out, but they’ve managed to keep going and they are up and cranking,” said Williams.

Businesses have worked closely with the city to allow them to safely reopen when some restrictions on small businesses, specifically restaurants, were lifted.

Charles Shaw, who represents District 3 on the council, said it’s important for employees to feel safe when at work, and the city must work to do whatever they can to ensure that the people working in those locations are properly equipped.

“They need to be able to come to work and be safe and know there are some necessary steps to be safe, so they aren’t taking anything back home to their family members and they aren’t being affected themselves by what is going on with the coronavirus,” he said.

Chris Miles, general manager at Butter It Up! at The Market, said the company had been purchasing PPE on its own and some employees had been using homemade masks while at work, but said he was grateful for the city’s support.

“I think it’s wonderful that they are taking the opportunity to give back and look after small businesses,” Miles said.

Williams also delivered PPE to Dang Good Cinnamon Rolls and Waffles inside The Market and then to nearby Hwy 55 Burgers Shakes & Fries. All three of those businesses are part of the city the mayor called “the most vibrant downtown in at least a 100-mile radius.”

“This area is special, and it is at risk now because of what we have experienced,” he said.

“I appreciate the businesses and what they are doing, what they’ve gone through, and I think anything that we can do to assist them, to help them at this time will be a great reward for them,” Shaw added. “They’ve been very appreciative of it, but that’s what we’re here for.”