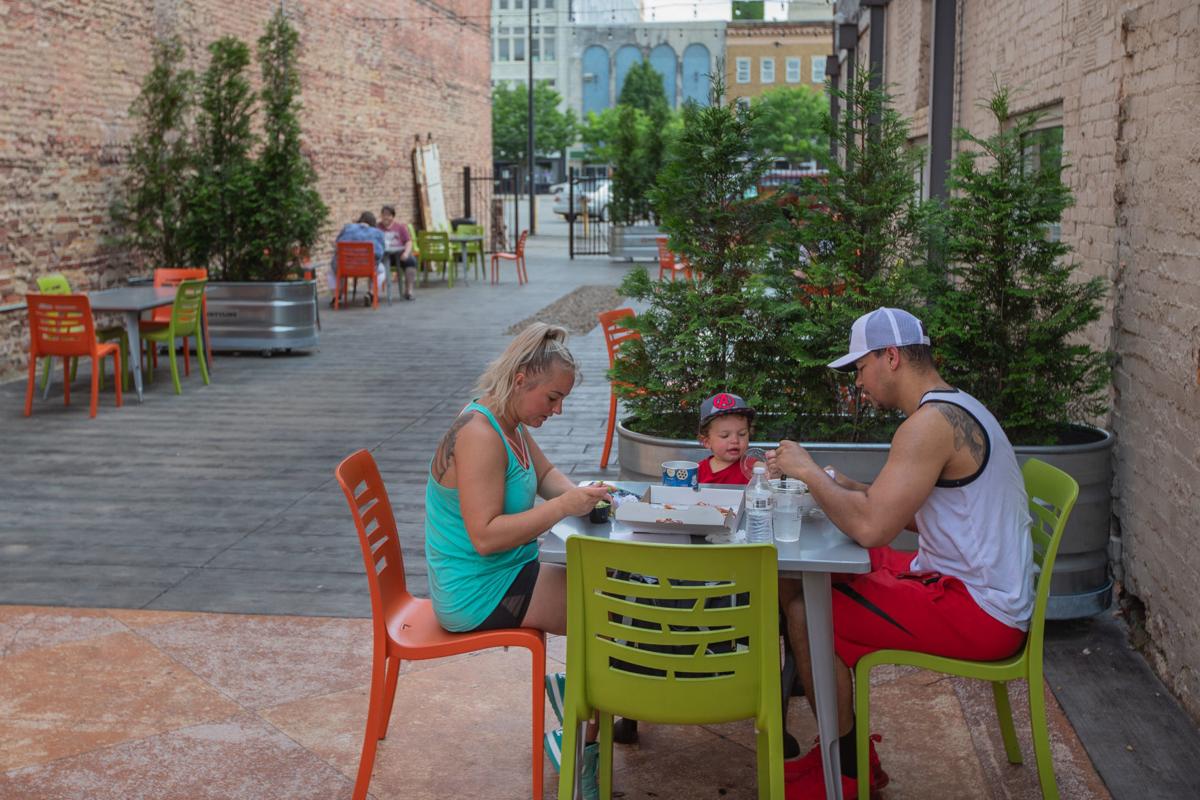 Megan Smith, of South Point, Ohio, from left, her son, Zakai, 1, and Quentin Smith eat outdoors together at The Market on Sunday, May 17, 2020, in Huntington. 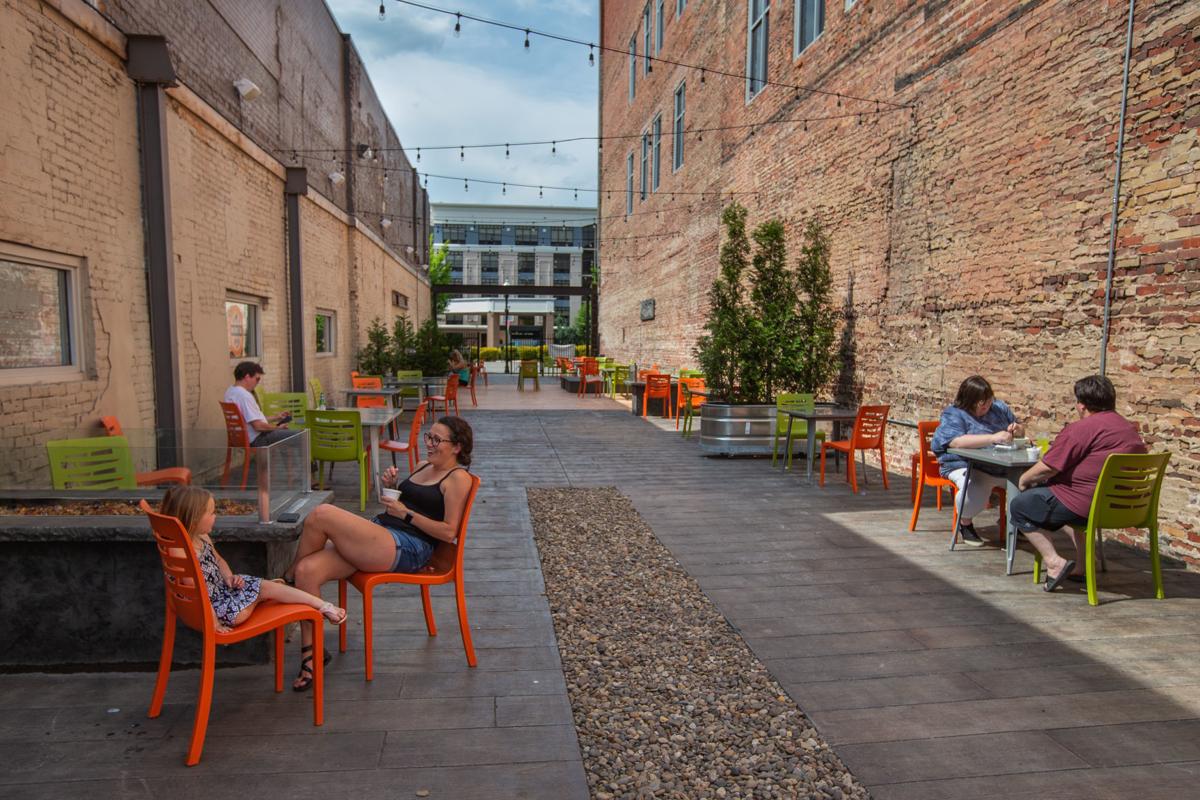 Britt Stewart, of South Point, Ohio, and her daughter, Rowen, 4, eat ice cream while sitting outside at The Market on Sunday, May 17, 2020, in Huntington.

Megan Smith, of South Point, Ohio, from left, her son, Zakai, 1, and Quentin Smith eat outdoors together at The Market on Sunday, May 17, 2020, in Huntington.

Britt Stewart, of South Point, Ohio, and her daughter, Rowen, 4, eat ice cream while sitting outside at The Market on Sunday, May 17, 2020, in Huntington.

CHARLESTON — With a big round of reopenings beginning Thursday and a big holiday weekend to follow, Gov. Jim Justice on Tuesday continued to implore West Virginians to take the threat of the coronavirus seriously.

“If you start believing things as crazy as we didn’t land on the moon, that’s when it bites ya,” Justice said, addressing those who may believe the pandemic response has been overblown or even a conspiracy of some kind.

Justice said people should look to the response by President Donald Trump and what has happened elsewhere to realize the threat has been and is still real.

“Have you ever seen in your lifetime … bodies being hauled in trucks as fast as they were in New York?” Justice said. “Have you ever in your life — even as we celebrate (the state’s numbers) today, our nation is losing an equivalency of five airliners of people a day. You have to continue to be worried and cautious.”

When asked what advice he had for families this Memorial Day holiday, he reiterated the importance of taking precautions.

“If you believe summer is here and we can do everything and we can totally ignore this situation, it will bite you. It will bite all of us,” Justice said.

Twelve new positive cases were reported by the state Tuesday, bringing the total to 1,514, and there were 816 laboratory results received. The percentage of positive cases cumulatively is 1.93% as of 5 p.m. Tuesday. The total fatalities remained at 68.

In Ohio, Gov. Mike DeWine announced the stay-at-home order was ending and the state was transitioning to a new advisory that “strongly recommends” versus “orders.”

The state’s travel restrictions have also been lifted, though unnecessary travel within or outside of the state is still discouraged.

“The coronavirus is not gone. It is real. And it is deadly,” DeWine said. “This new phase that we are now in is about learning to live with this virus. It is with us — it will remain with us — and we must do all we can to contain it and keep it from killing our fellow citizens.”

COVID-19 is becoming one of the leading causes of death in Ohio, DeWine said. He said it is up to individual Ohioans to protect each other.

In Kentucky, Gov. Andy Beshear announced that a partnership with Walmart to perform COVID-19 testing was expanding, including to stores in Ashland and Pikeville. Register online at doineedacovid19test.com.

Dr. Stephen Stack, commissioner of the Kentucky Department for Public Health, during Beshear’s press briefing Tuesday provided tips for gathering for Memorial Day. Gatherings should be no larger than a group of 10; continue physical distancing; wear a face mask; don’t share food, drinks or utensils; wash hands often; and don’t touch your face.

The Centers for Disease Control and Prevention reported 1,504,830 total cases of COVID-19 in the U.S. as of Tuesday. There have been 90,340 deaths related to the virus.

The Associated Press reports that for most people, the novel coronavirus causes only mild or moderate symptoms, such as fever and cough. For some, especially older adults and people with existing health problems, it can cause more severe illness, including pneumonia. The vast majority of people recover from the new virus.