Sculptor Frederick Hightower is pictured with his scale model for the sculpture of Marshall basketball legend Hal Greer on Jan. 12, 2019, at the Cam Henderson Center in Huntington. 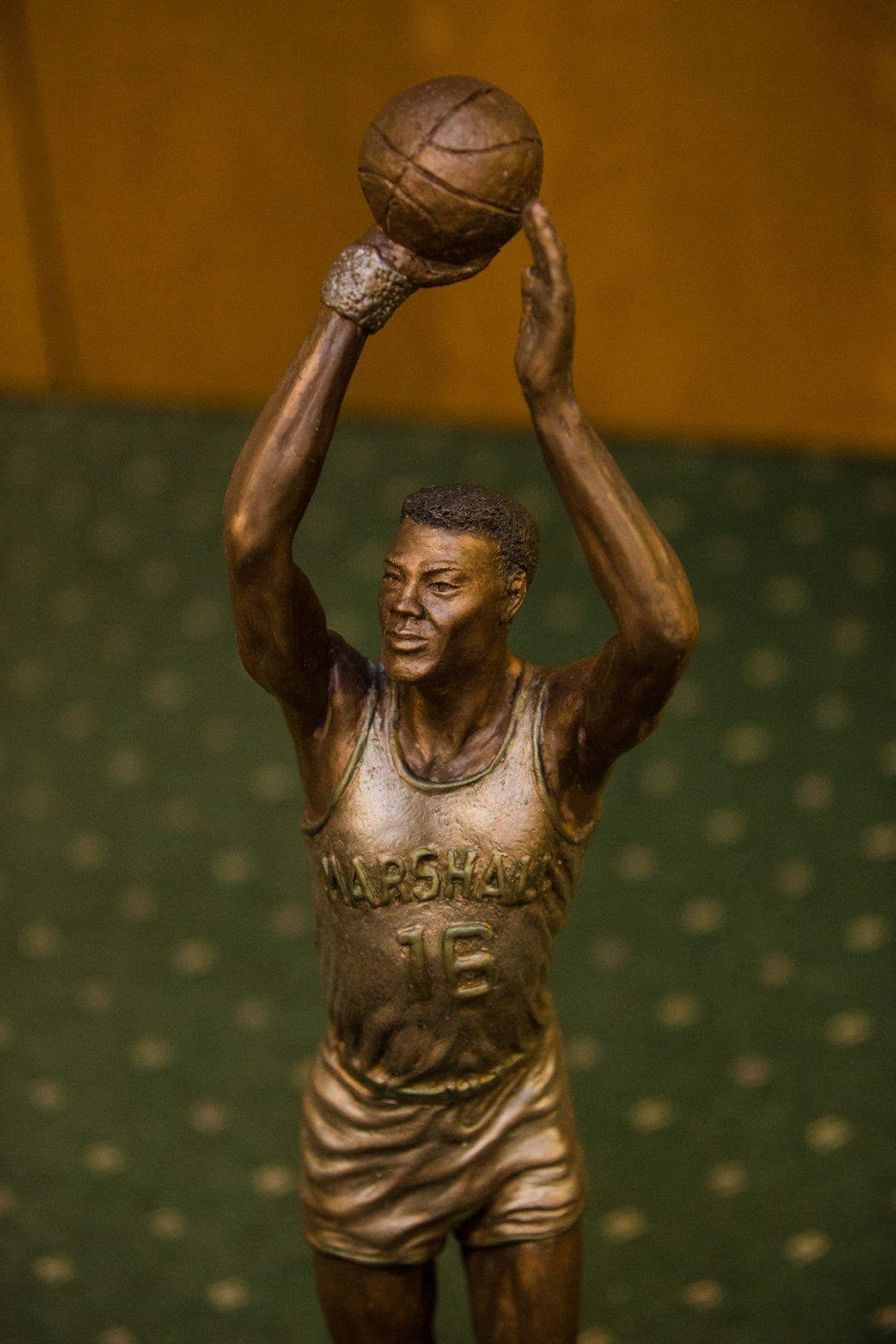 A scale model for the sculpture of Marshall University basketball legend Hal Greer is seen Jan. 12, 2019, at the Cam Henderson Center in Huntington.

Sculptor Frederick Hightower is pictured with his scale model for the sculpture of Marshall basketball legend Hal Greer on Jan. 12, 2019, at the Cam Henderson Center in Huntington.

A scale model for the sculpture of Marshall University basketball legend Hal Greer is seen Jan. 12, 2019, at the Cam Henderson Center in Huntington.

HUNTINGTON — The unveiling of a statue of Marshall basketball great Hal Greer has been delayed by the pandemic.

The statue was supposed to be unveiled at Marshall University during 2020 homecoming ceremonies. However, the foundry, which casts the sculpture to make the statue, has experienced delays related to the novel coronavirus pandemic, said Brandi Jacobs-Jones, senior vice president of operations at Marshall, during the finance committee meeting of the board of governors Thursday morning.

Jacobs-Jones said after discussing it with Greer’s family, it was decided to delay the unveiling of the statue until 2021.

The statue of Greer is being designed by Huntington native Frederick Hightower Sr.

Hightower said the sculpture will stand 7 1/2 feet tall and will feature Greer shooting his trademark one-handed jumper in his No. 16 Marshall uniform. The statue will stand at the corner of 3rd Avenue and 18th Street near the Cam Henderson Center.

The idea for a statue came after Greer’s death in 2018. Greer is one of the university’s all-time greats (1955-58), with career totals of 1,377 points, 765 rebounds and 54.5% shooting. He was part of the 1956 Mid-American Conference championship team that was Marshall’s first NCAA Tournament participant. He was an All Mid-American Conference performer in 1957 and 1958 whose No. 16 jersey was retired by Marshall.

He was also the first black scholarship student-athlete.

During Wednesday’s meeting of the board athletic committee, athletic director Mike Hamrick said he highlighted the barrier Greer broke at the university during a meeting on social justice with leaders of the football team. He said the players appreciated the statue, especially knowing it wasn’t just a reaction to current events but a deliberate plan, years in the making.