_zapp
Child in WV dies from the flu, first such death this season
The Associated Press
02.11.20

CHARLESTON — A child in West Virginia has died from the flu, health officials said Tuesday.

The Bureau for Public Health withheld details on the death, including the child’s name and location, to protect the family’s privacy. The Dominion Post reported the 5-year-old child died Monday at Ruby Memorial Hospital’s emergency room in Morgantown.

Child flu deaths are required to be reported to the local health department within one week.

“We extend our deepest sympathies to the child’s family and friends,” said Dr. Cathy Slemp, the state’s health officer. “Such a loss is always tragic. While most people recover from the flu in a few days, it clearly is and can be a serious and life-threatening illness in both children and adults.”

The Bureau for Public Health said in a statement that the last pediatric flu death in West Virginia occurred during the 2017-18 flu season.

The bureau said flu activity is widespread across West Virginia. Several counties have closed public schools in the past week.

Dr. Kathy Moffett, a WVU Medicine pediatric infectious disease physician, said Ruby Memorial is limiting the number of children who visit patients in an attempt to cut down on their possible exposure to the flu.

Officials recommend washing hands, covering coughs and sneezes and staying home when sick to limit the spread of the flu.

Nationwide, 78 pediatric deaths from the flu have been reported this season. Ten of those have occurred in Tennessee.

Traffic moves down Green Valley Road next to Grapevine Branch Creek on Tuesday, Feb. 11, 2020, in Huntington.

A car makes its way through high water on Tuesday, Feb. 11, 2020, in the Fayette County town of Whipple, W.Va. Saturated towns throughout West Virginia were bracing for another round of rain Wednesday.

High water was creeping into yards in the Fayette County town of Whipple, W.Va., on Tuesday, Feb. 11, 2020, with more rain on the way Wednesday.

The New River crept into backyards of homes along the New River in Gauley Bridge, W.Va., on Tuesday, Feb. 11, 2020, with much of the state under a flash flood watch Wednesday.

CHARLESTON — Much of West Virginia was placed on a flash flood watch by the National Weather Service starting Wednesday, when an inch or more of new rain was expected to descend on soil already soaked to the saturation point.

As of 6 p.m. Tuesday, the flash flood watches covered all counties except Greenbrier, Mercer, Summers and Monroe in the southeastern portion of the state, those in the Eastern Panhandle, and Brooke and Hancock counties at the tip of the Northern Panhandle. The flash flood watch was scheduled from Wednesday afternoon through early Thursday.

A new storm system approaching from the west was expected to arrive by midday Wednesday, bringing with it enough moisture to produce rainfall amounts ranging from a bit less than 1 inch in the Beckley area to nearly 1.5 inches in communities near the Ohio River.

“The additional rainfall could likely result in flash flooding and high water from area streams, creeks and rivers,” according to a statement from the weather service’s Charleston office.

On Tuesday, high water was causing problems along parts of Dry Branch Road and Ferrell Road in Kanawha County’s Tornado area, where the Big Coal River was approaching its crest a foot or two below flood stage from weekend rains.

At Hamlin in Lincoln County, the Mud River reached its flood stage at about 3 p.m. Tuesday and was expected to cause flooding in low areas between Hamlin and Palermo, according to the National Weather Service.

A flash flood warning means that conditions may develop that lead to flash flooding — a dangerous situation in which river banks, small bridges and culverts may become unstable and unsafe. Those living in the flash flood warning area should stay away from rain-swollen streams or risk being swept away.

Gov. Jim Justice ordered the state Emergency Operations Center and its staff to prepare for a response to additional flooding following flash floods that swept through seven southern coalfield counties late last week. On Friday, the governor issued an emergency proclamation for McDowell, Logan, Fayette, Greenbrier, Monroe, Raleigh and Wyoming counties after 2 to 4 inches of rain fell in a brief period of time, sending streams out of their banks, blocking roads and closing schools and businesses.

In Huntington, the Ohio River was predicted to rise to 48.5 feet by Friday before cresting, which would be just below a minor flood stage, according to the National Weather Service.

The National Oceanic and Atmospheric Administration marks flood stage in Huntington as any rise above 50 feet and is broken into two categories: “minor” flood stage at 50 to 54.9 feet, or “major” flood stage at 55 feet and above, which would be enough to reach the base of the floodwall at Harris Riverfront Park.

According to Brian Bracey, the executive director of the Huntington Water Quality Board, it is not expected the floodgates will have to be closed as the Ohio River rises; however, crews are on call and prepared to respond immediately if the forecast changes.

In Ashland, the Ohio River was expected to reach just above the minor flood stage at 51.4 feet Friday before cresting. It’s in a flood stage once the river reaches above 50 feet.

Flooding at this stage would likely close roadways in low-lying areas due to backwater.

In Ironton, the river was predicted to rise to 43.1 feet by Friday, well below a flood stage of 52 feet. 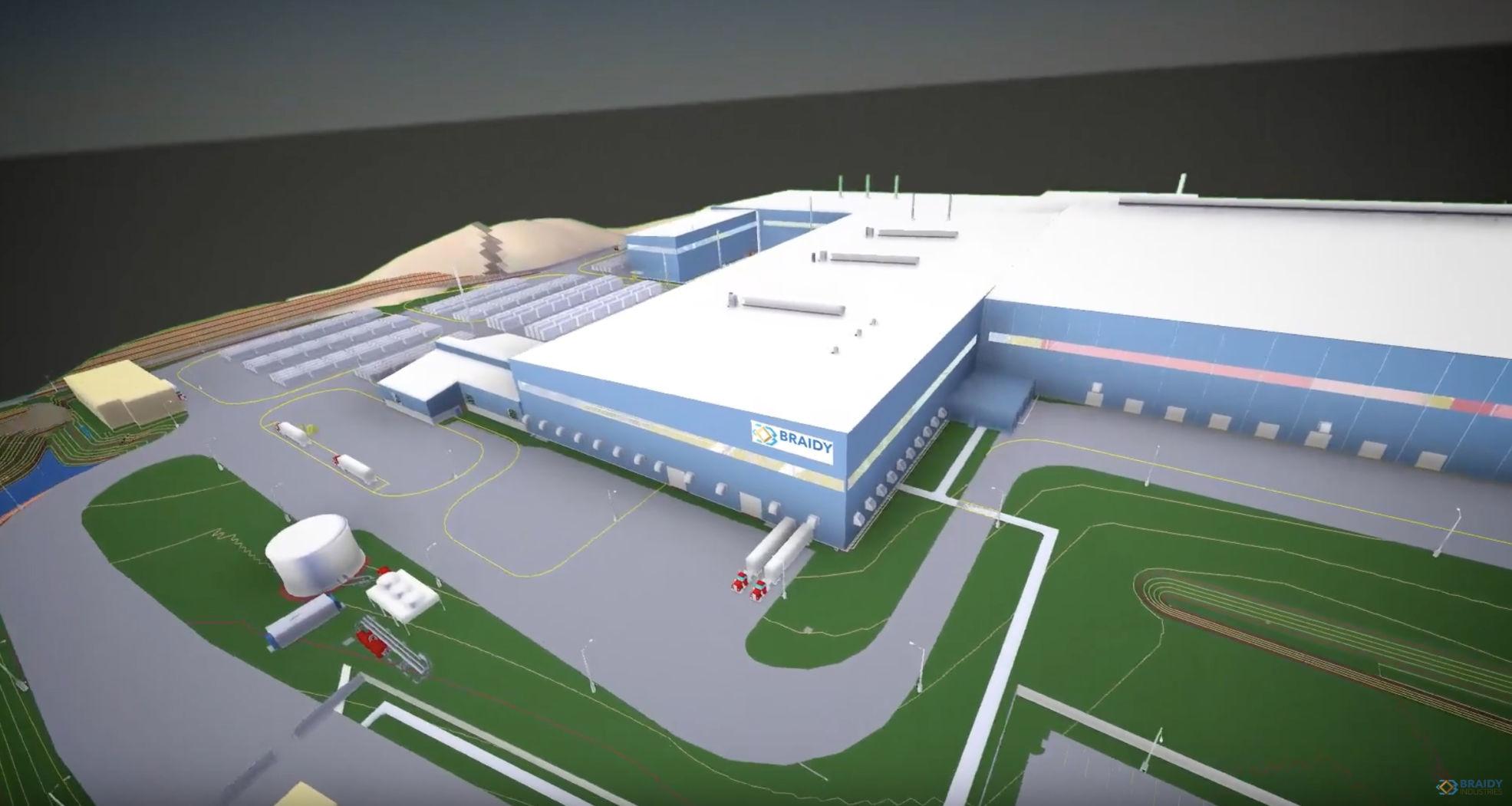 Photo courtesy of Braidy Industries This artist rendering shows the design of a proposed aluminium mill near Ashland, Kentucky. 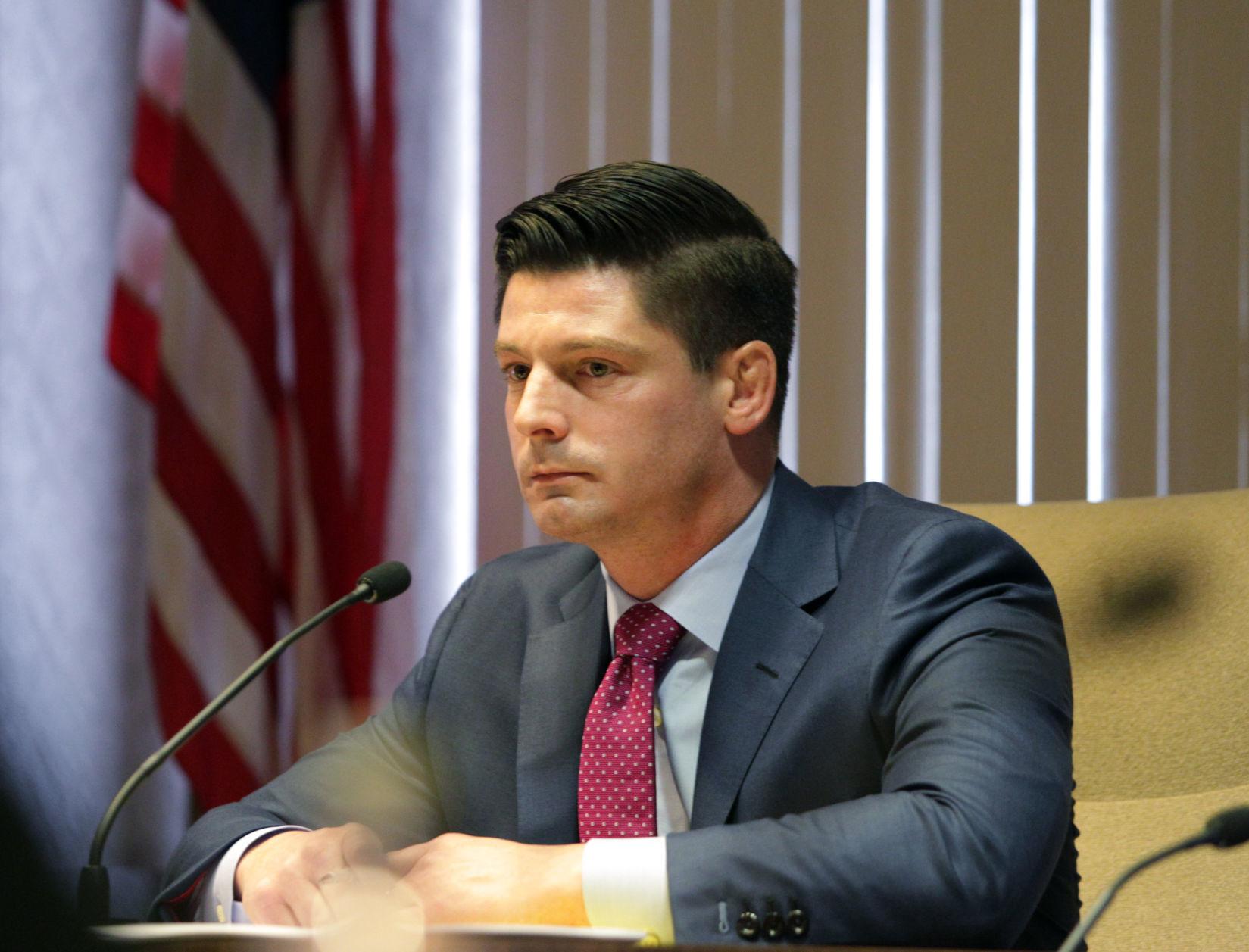 In this Thursday, Nov. 29, 2018, file photo, Williamson, W.Va., is seen across the border from Kentucky. West Virginia relies the most of any U.S. state on federal money that is guided by the once-a-decade census, according to a new update of a long-running study. Federal funding represents more than 16% of the personal income in West Virginia, according to an update released this week to the study led by Andrew Reamer at George Washington University.

West Virginia relies the most of any U.S. state on federal money that is guided by the once-a-decade census, according to a new update of a long-running study.

Federal funding represents more than 16% of the personal income in West Virginia, according to an update released this week to the study led by Andrew Reamer at George Washington University.

Colorado had the smallest dependence on federal spending distributed with help from the census. Federal spending accounted for 6.3% of that state’s personal income.

The federal spending includes money for Medicaid and Medicare as well as other programs. The most important factors accounting for the state-to-state differences in federal funding are poverty rates and the percentage of people living in rural areas, according to the study.

More than $1.5 trillion in federal funding to state and local governments is parceled out according to census data. Nationwide, census-guided funding drove 9% of personal income in 2017, according to the study.

In pure numbers, California received the most federal money of any state in 2017 — almost $172 billion.

New York came in second with more than $121 billion, followed by Texas with $101 billion.

Other states receiving more than $50 billion in federal money in 2017 were Florida with almost $87 billion, Pennsylvania with $63 billion, Ohio with $56 billion and Illinois with $55 billion.

Those states that receive the most federal funding are also among those that are spending the most in outreach for the once-a-decade census. California is spending $187 million in outreach efforts, and New York State plans to spend $60 million. Separately, New York City is spending $40 million on an awareness campaign.

Texas, on the other hand, isn’t planning on spending any state money for outreach efforts.

The 2020 Census started last month in a remote part of rural Alaska. But the rest of the nation won’t be able to start answering the questionnaire until the middle of next month. For the first time, the U.S. Census Bureau is encouraging most participants to fill out the form online, although they can still answer the questions by telephone or by returning a paper form.

On Tuesday, several advocacy groups said they were starting a hotline to answer questions about the 2020 Census and to also document any misinformation or disinformation that is spreading in hard-to-count communities.

“We will be keeping an eye out for disinformation campaigns, deceptive mailings people may receive or any other activity that may discourage participation in the process,” said Kristen Clarke, executive director of the Lawyers’ Committee for Civil Rights Under Law.