POINT PLEASANT, W.Va. — A Mason County hospital announced this week that it plans to eliminate 53 positions when it discontinues obstetric services at the end of the month.

About half of the reduction at Pleasant Valley Hospital in Point Pleasant will be done through retirements, attrition, leaving current vacancies unfilled and cutting part-time hours.

“Regretfully, 25 employees will be displaced,” the hospital said in a news release.

“After careful analysis and forecasting, PVH will discontinue obstetric services, effective Friday, Feb. 28, 2020,” the press release stated. “This difficult decision comes in response to the declining number of births at PVH while operating costs have continued to rise. With the increasing median age in Mason and surrounding counties, fewer women are of childbearing age and that trend is projected to further decrease over the coming years. In addition, PVH had to consider that over 75% of expectant mothers in Mason and surrounding areas are choosing to deliver their babies at other area hospitals.”

“We understand that obstetrics units have strong ties to communities, and we have truly appreciated the privilege to serve thousands of area families over many years,” Jeff Noblin, CEO of PVH, said in the release. “We are collaborating with area maternity centers to transition expectant mothers. PVH’s Emergency Department physicians and staff are prepared to handle emergency deliveries, and women’s gynecologic health services will continue to be provided at the PVH Center for Women’s Health.”

“Our employees are valued members of the Pleasant Valley family, and our hearts go out to those who will be affected by this necessary reduction,” Dr. James Lockhart, chairman of the PVH board of directors, said in the release that hospital leaders and human resources “will do all they can to assist affected employees, including working with our healthcare partners in the area to identify employment opportunities.”

The hospital’s plans also call for closing the neurology practice and taking several other steps designed to generate funds to build out and strengthen other services.

“We are facing many challenges in the current healthcare environment that affect operations, including lower reimbursements and an increasing number of patients who are underinsured or uninsured,” Lockhart said in the release. “These decisions are difficult, but by addressing these challenges now, we can not only make improvements in the short-term, but also position the hospital for future growth and success.”

“We believe that by implementing this plan we will position the hospital for future success,” Noblin added. “It will enable PVH to better focus on core services and meet the growing needs of seniors. PVH will continue to invest in state-of-the-art medical imaging services, nationally-recognized orthopedic services, and world-class cancer care.”

West Virginia Gov. Jim Justice said in a statement Wednesday that he has instructed Bill Crouch, secretary of the Department of Health and Human Resources, to offer any support the facility needs at this time.

Justice added that he met with health care stakeholders to begin the process of creating a rural medicine task force to study the issue.

“The road that led us to what we have seen in recent months — community hospitals across our state shrinking or closing altogether — started a long time ago,” Justice said in the statement. “But now it’s our responsibility to look under every rock for solutions.”

In the last year, hospitals have closed in Bluefield, Richwood and Wheeling. Williamson Memorial Hospital filed for bankruptcy in October, and a nonprofit system that operates hospitals in Charleston and South Charleston announced last month it planned to file for Chapter 11 bankruptcy but would remain open.

Officials also recently announced that Our Lady of Bellefonte hospital in Ashland, Kentucky, near Huntington, would shut down later this year.

Tanner Miller appeared in Cabell County Circuit Court on Thursday with his attorney Michelle Protzman to enter an information plea regarding two separate incidents of fleeing from police and other charges. Miller is the man who crashed a vehicle into Husson’s Pizza last month. He agreed to plea to three counts in the two separate incidents.

Lori Wolfe/The Herald-Dispatch Huntington firefighters clear debris from the scene where a car crashed into Husson's Pizza on Monday, Jan. 6, 2020, in Huntington.

HUNTINGTON — A Huntington man who crashed into a downtown Huntington pizzeria last month entered guilty pleas Thursday to that incident and another.

Tanner Austin Miller, 24, of Huntington, was charged with obstructing, fleeing on foot, fleeing and driving on a suspended or revoked license for DUI and fleeing with reckless indifference for the Jan. 6, 2020, chase through downtown Huntington. That chase ended with Miller crashing his vehicle into the 4th Avenue Husson’s Pizza.

First, Miller pleaded guilty to fleeing with reckless indifference in the Jan. 6 incident. He was given an enhanced sentence by Judge Alfred Ferguson of two to five years in jail on that count because of his previous history of fleeing from police.

“I know I really messed up,” Miller told the judge. “Facing the music is something I have trouble with, so when I have a confrontation with law enforcement I tend to run.”

Miller also pleaded guilty to driving on a suspended or revoked license for DUI and obstructing regarding the Dec. 24, 2019 incident, and was sentenced to six months on each charge.

All other charges in connection with both incidents were dropped as part of the plea deal.

Miller was also on parole on a one- to five-year sentence after pleading guilty in Cabell County Circuit Court to fleeing in a vehicle with reckless indifference in a Sept. 9, 2018, chase.

“You will probably have to max out that sentence now,” Ferguson told Miller.

“When you get out of jail, you really need to change your lifestyle,” the judge told Miller. “You seem to have no regard for the law.”

Students: Cabell Midland High School students selected as February students of the month by the Rotary Club of Barboursville are senior Dylan Jenkins, son of Tonya Jenkins of Huntington; junior Adam Holton, son of Robert and Wilma Holton of Salt Rock; sophomore Marianna Spoor, daughter of John Spoor of Barboursville; and freshman Bailey Lewis, daughter of Steve and Kim Lewis of Huntington. The students were recognized at a weekly luncheon meeting of the Rotary Club.

Dinner: Support the Cabell Midland Knights boys’ basketball team by enjoying a spaghetti dinner on Sunday, Feb. 16, in the Cabell Midland High School cafeteria from noon to 5 p.m. for $5 per person. Several raffle prizes will be offered and delivery will be available for 10 or more orders by calling 304-617-1014.

WVU: Congratulations to Cabell Midland High School senior Jackson Oxley, who signed on Wednesday, Feb. 12, to play football at West Virginia University during his college years. His parents are Perry and Kelli Oxley.

Fundraiser: Plan for an evening of fun at the vintage Longaberger Basket Bingo on Tuesday, Feb. 25, at 6 p.m. at HIMG (enter in back at Door P). The fundraiser will benefit Honor Flight Huntington. Cost is $20 for 20 games, payable at the door. Door prizes, a raffle basket and a 50/50 will be offered. Refreshments will be available for purchase. For more information, call Patty Dickey at 304-208-1200. 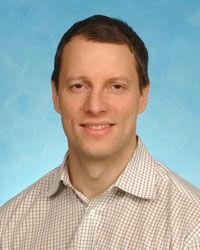 CHARLESTON — In the 1990s, Iceland realized it had a problem.

The country’s youth were drinking alcohol, smoking cigarettes and marijuana, and landing in substance use disorder treatment in their 20s, or else graduating to stronger substances. They led European nations in drug use.

So they decided to change how they do prevention, and that model is now being implemented in West Virginia, through the efforts of Icelandic native and current West Virginia University professor Alfgeir L. Kristjansson.

Iceland, like West Virginia and the rest of the U.S., relied on instructional programming in the school system to do all drug prevention education, which Kristjansson said runs under the assumption you can teach an individual to say no to drugs. Most of those programs don’t work, the professor said.

The Icelandic model works to address the societal reasons that are proven to lead to substance abuse. The model focuses on strengthening four core areas that help shape an individual: family, peers, school and leisure time.

The first step is building capacity and finding local people to work with. Then it’s on to data collection. Kristjansson said he wants to wake up communities, and doing that requires hyper-local data. So, if the model was being implemented in west Huntington, for example, he would not use West Virginia data or even Cabell County data, but work to gather new information specific to the west Huntington community.

With data in hand, the community can then formulate goals and plans to address the issues and work toward long-term change. For example, a community may find it is lacking in after-school programming, especially for low-income families. One solution would be to allow schools to be open after hours for community use, which is something the state Legislature has attempted to do in recent years with no success.

“There is nothing about the character of an individual child that makes them more likely to try substances,” Kristjansson said. “It has everything to do with where they are from, who is around them and what opportunities they have in their lives.”

Iceland now has some of the lowest rates of substance abuse among youth in Europe. According to a “The Atlantic” article, the percentage of 15- and 16-year-olds who had been drunk in the previous month plummeted from 42% in 1998 to 5% in 2016. The percentage who have ever used cannabis is down from 17% to 7%. Those smoking cigarettes every day fell from 23% to just 3%.

“No six-month education program is going to produce those numbers,” Kristjansson said.

Kristjansson believes the model can work in West Virginia, which is similarly rural and homogeneous like Iceland. Thanks to a grant from the Centers for Disease Control and Prevention, he is bringing the model to Fayette and Wyoming counties. They already have begun data collection and will soon work with the communities to establish goals.

Kristjansson stressed it is not a program, but a collaborative. Without the direct support from the community, it won’t work.

“We don’t like being told what to do,” he said. “We want our community to raise us well and give us opportunities to succeed.”

Committee chair Del. Matt Rohrbach, R-Cabell, said the resulting data was stunning, and affirmed his belief that “idle hands are the Devil’s playthings.” Rohrbach has asked his counsel and support staff to continue to study the Icelandic model, particularly how it works in the two pilot counties, and how they can expand it across the state.

Thursday’s meeting was the final scheduled meeting of the select committee unless Senate bills are assigned there.