HUNTINGTON — Cabell County commissioners on Thursday declined demands to formally recognize a union sought by county emergency service employees, saying the lack of state laws prevents them from doing so.

County attorney Bill Watson told EMS employees gathered at the meeting that they should instead approach their delegates at the West Virginia Legislature for the passage of laws giving commissioners the ability to recognize them.

EMS employees are seeking to gain representation from the United Mine Workers of America, which, along with members of the coal industry, represents employees of a medical clinic in Fayette County and EMS workers in Gallia County, Ohio. County employees said they need to unionize to protect themselves from potentially dangerous working conditions, which include ambulance trips to hospitals out of state with little to no sleep.

Commissioners unanimously approved a resolution denying employees’ demands for recognition because there is no state law “establishing the right of county employees to bargain collectively, to have mediation and binding arbitration, and to strike.”

“The County Commission does not have the ability to do that, and the only way you can do it is to go to the Legislature and press upon them the need and that you want this,” Watson said. “It’s not that we the commission are trying to deprive you of anything. We just do not have the legal authority and the ability to do it. It has to be done through the passage of legislation.”

Ancil Ramey, an attorney with Steptoe & Johnson PLLC, helped commissioners draft the resolution. Ramey said he was at the West Virginia Supreme Court of Appeals in 1990 when teachers went on strike and were later sued by the Jefferson County Board of Education. The court held that teachers, as public employees, might have legitimate reasons for striking, but it was up to state lawmakers to make that determination, and not the court.

No new laws were developed as a result of that court decision to give public employees the right to organize, collectively bargain or strike, Ramey said. Giving EMS employees the ability to strike would also be dangerous, he said, because lives depend on their service.

“It’s one thing if steel workers or mine workers go on strike and a coal order or a steel order can’t be filled,” Ramey said. “But if my grandmother is dying of a heart attack or my teenage son or daughter is in a car wreck, I don’t want to hear that county EMS workers are all on strike.”

Paramedic Michael Ryan said EMS employees understand that they cannot walk off the job and they would be in favor of a contract that prevents them from doing so. Instead, employees are asking to have a voice in matters of their safety and the public’s safety, he said.

In their demand for union representation, EMS employees said they fear they may suffer injuries resulting from long hours and fewer paramedics on staff. Employees work 24-hour shifts and often have to make long ambulance transports out of state, which means they could potentially not sleep during an entire shift.

When the ambulance service had more paramedics on staff about a decade ago, they had a team of paramedics to respond to emergencies and a team of emergency medical technicians to make routine transports.

Now that employment numbers are down, paramedics and EMTs must travel together to ensure that two people are on an ambulance at all times.

EMTs drive the ambulance and paramedics attend to patients in the back. This means paramedics are frequently tied up on nonemergency transports out of state instead of being available for life-threatening calls within the county, employees said.

Cabell County EMS Director Gordon Merry said after the meeting that the ambulance service has a peer-driven safety committee, which is listening to employees’ safety concerns, and he is working to address them.

“We are slowly changing to 12-hour trucks so they are not on 24 hours,” Merry said. “We added three ambulances that come on at 7 o’clock at night and they get off at 7 in the morning. They are the ones primarily that are doing the out-of-state transports now because of the concerns that were brought to me.”

The lack of paramedics in the county is a problem nationwide, he said, which is also made worse by high turnover. The Journal of Emergency Medical Services reported that data shows far less people are going into the field than a decade ago, which has created critical gaps of coverage in certain parts of the country.

Merry said he cares about his employees and is committed to addressing their safety concerns. However, he believes county commissioners made the right decision Thursday.

“I started this job in 1974 and I started working on the road just like these people. I’ve done this 46 years. This will be my 47th year,” he said.

“I would not do anything intentionally to hurt any of them. I’ve made my livelihood here, and I’ve put everything humanly possible into the service.”

Instructor Bret Masters talks with area freshmen as they visit the Cabell County Career Technology Center to learn about the different educational avenues available on Thursday, Jan. 9, 2020, in Huntington.

Instructor Charles Vaughn talks with area freshmen as they visit the Cabell County Career Technology Center to learn about the different educational avenues available on Thursday, Jan. 9, 2020, in Huntington.

HUNTINGTON — Freshman students from Huntington and Cabell Midland high schools visiting the Cabell County Career Technology Center on Thursday explored the various career and supplementary opportunities available to them at the facility.

“I go and talk to the students in their home schools, a big group at a time, but there’s a world of difference between me telling them what’s here and them seeing it,” said Frank Barnett, director and programs coordinator at CCCTC.

“The goal is to give the two high schools the ability to come down and actually spend a few minutes going through each shop and physically seeing what’s going on.”

Students at CCCTC learn through simulated workplace programs in order to prepare for employment after graduation, and high schoolers visiting the center were able to see the different companies in action during guided tours.

“So far, we’ve seen the workshops and what they do, like carpentry, HVAC, ventilation, air conditioning, and what they do every day,” Ryan Ramey, a freshman at Huntington High School, said Thursday afternoon. “They told us about the salaries and what you can make starting out of high school, and it was cool to see.”

Barnett said students at the center treat classes like a job and are hired by outside organizations for their work. With this real-world experience, they can immediately begin entry-level careers following graduation, debt-free.

“We are surrounded by steel mills, contractors, carpenters, welders, we have pipelines, and these students need to know what’s available to them, that there are other options,” Barnett said. “A lot of our students had reached the point where they thought they couldn’t be successful without walking through the doors of a major university, and that couldn’t be further from the truth.”

Current CCCTC students encouraged freshmen who may be considering the program to take advantage of the opportunity.

“I went to Cabell Midland as a freshman, and it was really hard on me mentally. I was so depressed and anxious every day, but it’s really increased my motivation and work ethic here,” said Paige Jefferson, a senior at CCCTC pursuing graphic design. “It’s definitely the right choice; it was for me, and if you’re struggling at all at your school, it’s worth it and you can learn a lot of new skills.”

“When we went through the tour like they’re doing here today, I was in the welding shop and thought it seemed fun. I had some family members in welding, so that’s how I ended up here,” Ellis said. “To any kid here today, I would tell them that you can learn to go to college at your home high school, but if you come to the Career Center, you can learn to make a living when you get out of high school.”

The Cabell County Career Technology Center also offers adult programs for those not currently in school.

Tours for high school students were scheduled to continue at the center Friday, Jan. 10. 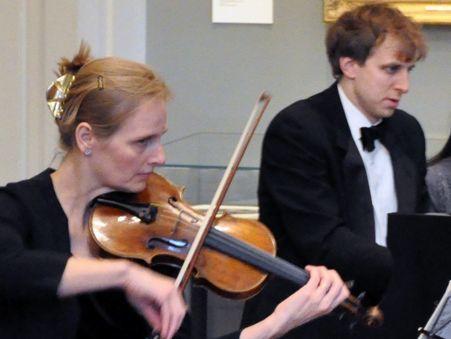 The West Virginia Capitol is pictured during the last day of the 2017 regular legislative session on April 8.

The order will create a law enforcement unit to use state-of-the-art data analytics, forensic accounting and support to every West Virginia law enforcement agency to crack down on drug trafficking activity.

Justice called it a “strike force” in his address to legislators.

“I will promise you, promise you, that if you are kind enough to give us that opportunity — and I want to say this as sincerely and as forcefully as a human being could ever say it — I want to look right in the camera and tell anybody, anybody that is trying to come into our state with drugs: We are going to bust your ass. That’s all there is to it,” Justice said.

The Intelligence Unit will be tasked with aiding West Virginia task forces and law enforcement agencies in the administration of criminal justice, including assisting in the detection, apprehension, detention, prosecution and adjudication of accused individuals or criminal offenders.

Woelfel said that as a former prosecutor, he knows drug dealers can be smart and evade law enforcement efforts once they catch on.

He said he hopes this new unit will help counties, especially smaller counties. There may be some pushback from local law enforcement, Woelfel said, who have a “this is our turf” mentality, but collaboration is the way forward.

Del. Matt Rohrbach, R-Cabell, also said he thinks the new unit is a fantastic idea. Like Woelfel, he said it will really help the smaller counties.

“The state police are stretched so thin that they are doing the bare-bones coverage in each county,” Rohrbach said. “We need some focused enforcement from time to time, but it’s not always in the same area. The idea of a mobile force that can be directed to certain areas in times of critical need is a great idea.”

Rohrbach said he’s sure drug dealers will show up in other areas once they’ve been dealt with in another, but the unit can then transition to that area. He compared it to a game of Whac-A-Mole, but at least the mole won’t sit in one area and continue to eat.

Justice is requesting $1.9 million in state appropriations to support the new unit. Rohrbach said he strongly supports providing that funding. 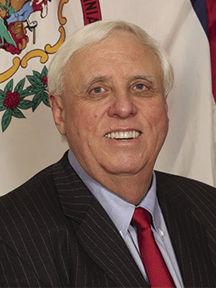