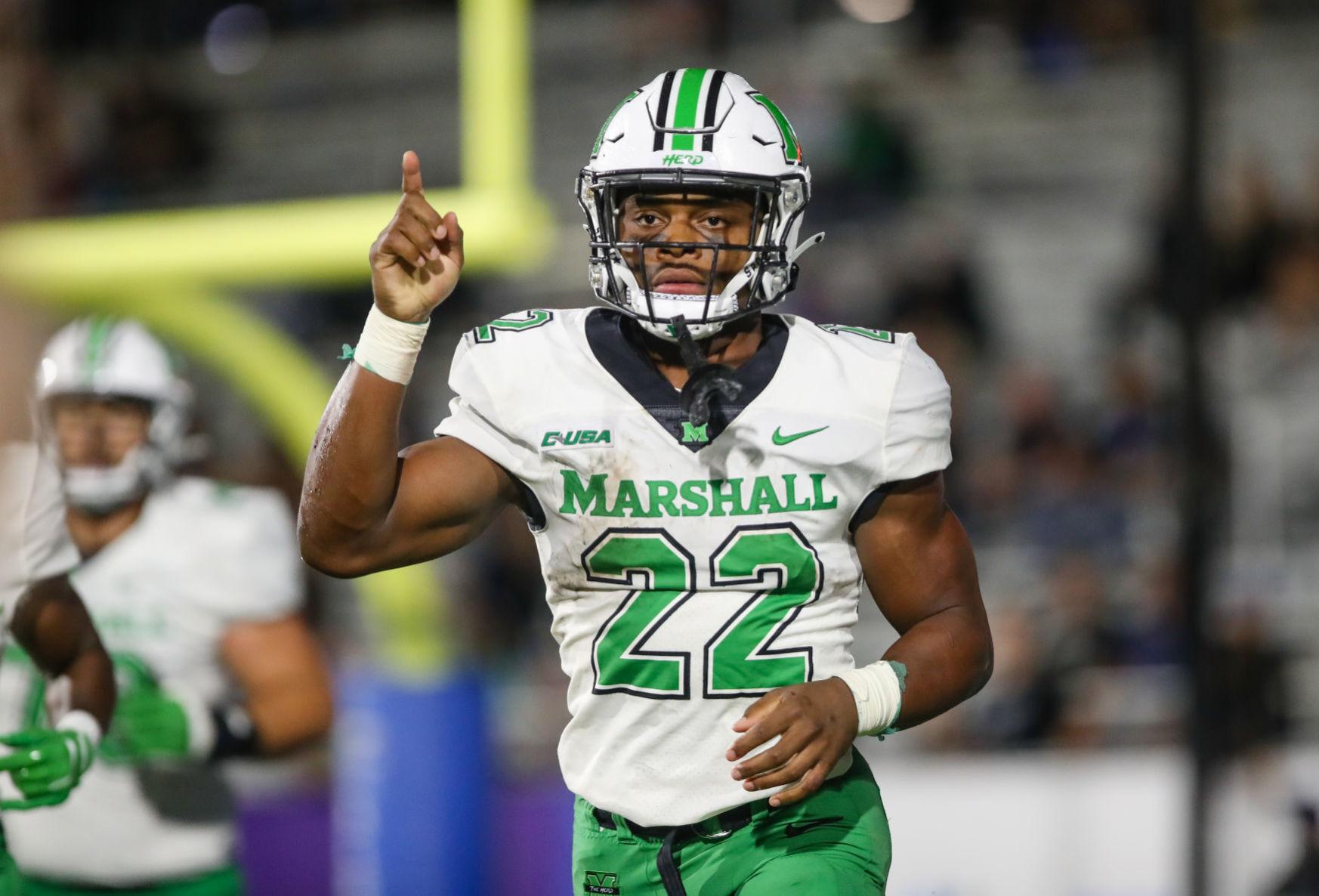 Marshall University holds a ribbon-cutting ceremony for its Institute for Cyber Security on Wednesday, Oct. 13, 2021, at the Weisberg Applied Engineering Complex in Huntington.

photos by Sholten Singer | The Herald-Dispatch

President Jerome Gilbert speaks during a ribbon-cutting ceremony for Marshall University’s Institute for Cyber Security on Wednesday, Oct. 13, 2021, at the Weisberg Applied Engineering Complex in Huntington.

Marshall University holds a ribbon-cutting ceremony for its Institute for Cyber Security on Wednesday, Oct. 13, 2021, at the Weisberg Applied Engineering Complex in Huntington.

“This is a partnership between WVU and others in the federal government to create opportunities in cybersecurity,” said Marshall President Jerome Gilbert.

Gilbert said the institute is an academic and research cluster that will support cybersecurity-related programs across the campus, drawing on personnel — regardless of current academic affiliation — who are identified as having the skills needed to advance academic, research, external outreach, training and certification programs.

“We can do research and teaching to expand our presence in the cyber arena,” Gilbert said.

Dampier said the new institute is designed to tap into a new mix of students and early-career professionals, and connect those learners with top cybersecurity talent in the region.

Marshall Interim Provost Avinandan “Avi” Mukherjee said as society’s need for cybersecurity professionals continues to grow — across multiple fields and industries — this new institute will help Marshall pool and maximize its offerings for students and make sure that each student gets the best educational experience to achieve his or her career goals.

“We see cybersecurity as a multidisciplinary field, drawing on Marshall’s strengths in engineering, computing, information security, cyber forensics, business, entrepreneurship, governance and national security,” Mukherjee said. “In the post-COVID world, digital networks and assets are more valuable than ever. The need for more cybersecurity support and services around the world is a huge opportunity to create experiential education and job opportunities for our students.”

Mukherjee said the new institute is a collaboration of Marshall’s colleges of computer science and College of Science, with support from its College of Business and others at Marshall.

“If managed well, cybersecurity could be an enabler of capturing and extending value in the digital economy,” he said.

“The creation of the ICS is really the right move to both leverage all of the resources here at Marshall and to help address the critical cybersecurity problems modern society is confronting today,” said John Sammons, chairman of the Department of Forensic Sciences and director of the cyber forensics and security graduate program at Marshall.

“Hopefully this work provides a blueprint for other inter-departmental and inter-college efforts to follow,” Somerville said.

Gilbert also announced a developing partnership with West Virginia State University to create a virtual cyber project, or center, between the two institutions to look at industrial cybersecurity. He also mentioned the institute will develop additional partnerships with Mountwest Community and Technical College and others to expand cybersecurity and research in the region.

“We believe we are better when we all work together,” he said.

“The new institute means Marshall University can play a critical role in helping preserve the safety of our nation for years to come,” Capito said. “Under Dr. Gilbert’s leadership, there is great work happening at Marshall, and today’s announcement is validation of that. It also signals that West Virginia can continue to diversify our economy, prepare our workforce, and attract new and unique businesses to the state. It was a pleasure to support this important project and to be at today’s launch to see the hard work of so many come to fruition here at Marshall.”

Marshall University holds a ribbon-cutting ceremony for its Institute for Cyber Security on Wednesday, Oct. 13, 2021, at the Weisberg Applied …

The Cabell-Huntington Health Department conducts a COVID-19 vaccine clinic on Feb. 25, 2021, in the former Sears location at the Huntington Mall in Barboursville.

CHARLESTON — Under legislation proposed by West Virginia Gov. Jim Justice, employers who require COVID-19 vaccines for their workers would be required to allow for religious and medical exemptions to that mandate.

Justice asked the state Legislature to take up the legislation during its special session this week.

“I absolutely, firmly believe that this country was founded upon our rights and freedoms,” Justice said during his COVID-19 briefing Wednesday. “That’s really, really the ingredient that makes America great. It surely is what makes West Virginia great.”

Justice’s proposed legislation seemed to contradict comments he made about vaccine mandates during Monday’s COVID-19 briefing.

While West Virginia currently has no known laws relating to employer vaccine mandates, state law does not allow religious or philosophical exemptions for immunizations required to attend schools. The state’s school students are required to be vaccinated against whooping cough, polio, measles, mumps, rubella, chicken pox and hepatitis B.

State health officials in the past have touted the state’s strong immunization laws and its high rate of childhood immunizations.

Justice clarified his proposed legislation would not apply to other vaccines besides COVID-19.

“These other vaccines for mumps, measles and rubella have been around a long time; it’s weathered the test of time …,” Justice said. “Even though I wholeheartedly support the (COVID-19) vaccine, I will continue to absolutely encourage in every way for people to take these vaccines because I truly believe in my heart they are very, very, very safe.”

The House Government Organization Committee passed the governor’s bill, which was opposed by two of the state’s largest hospital systems, Charleston Area Medical Center and WVU Medicine, along with the state hospital association, West Virginia Chamber of Commerce and the state Medical Association.

The House of Delegates rejected a call to refer the bill to its House Health Committee and read the bill for a first time.

The Senate also took up a version of the bill for a first reading Wednesday. The bill is up for second reading in both the House and the Senate on Thursday. 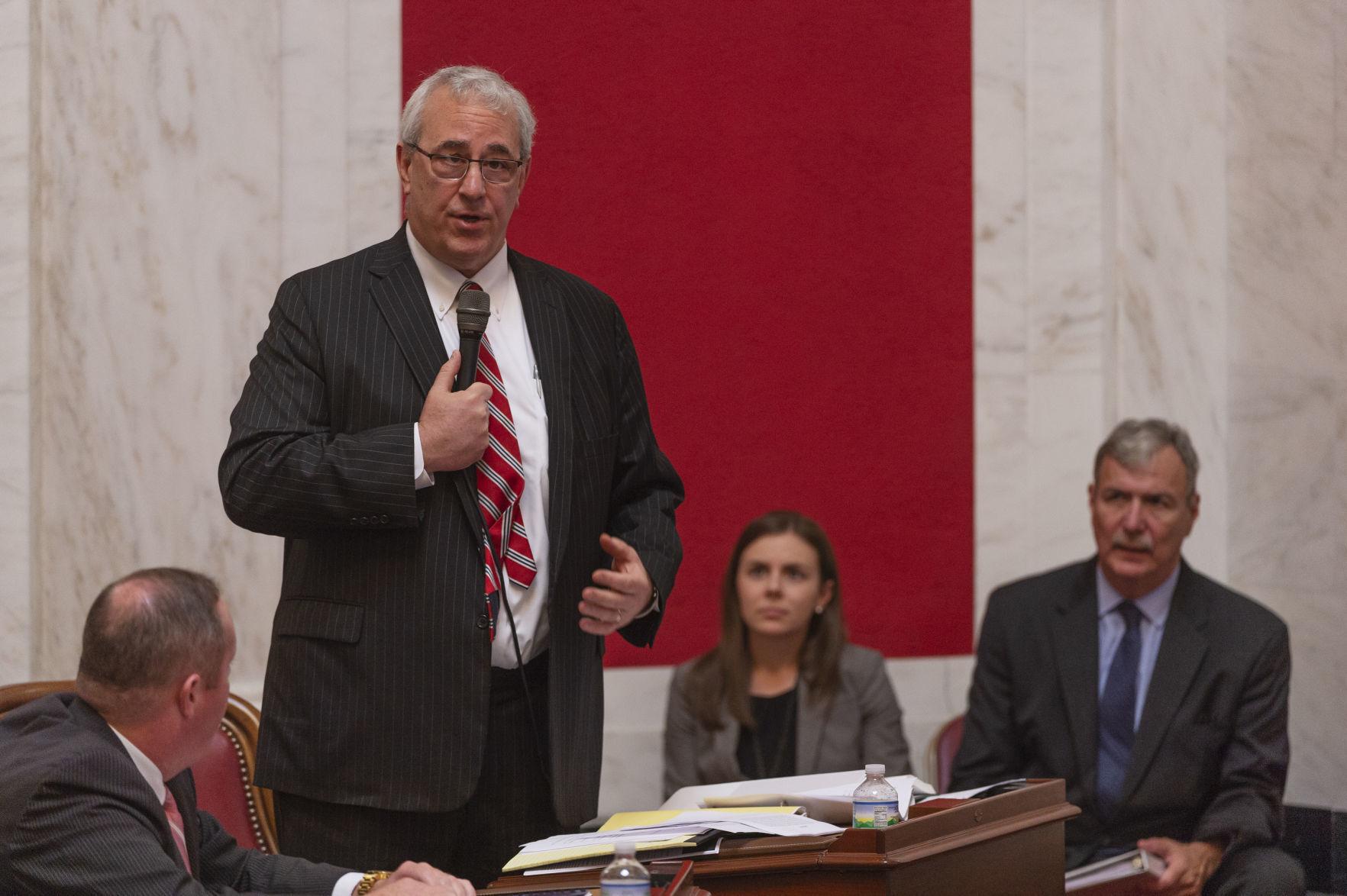 The John Marshall statue is seen on campus at Marshall University in Huntington.

HUNTINGTON — Collaboration and comprehensive opportunities are the main focuses of Malaysia native Bernard Arulanandam, one of the five finalists in the search for Marshall University’s next president. 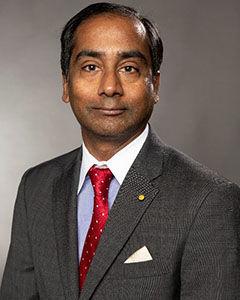 The search for a new president comes following current Marshall President Jerome Gilbert’s announcement that he will not seek an extension of his contract set to end in July.

Arulanandam said comprehensive engagement between Marshall’s faculty, staff and students will be a main focus to help enhance programs and advance opportunities.

Arulanandam moved to the United States to pursue higher education and received his Bachelor of Science degree in toxicology and a Master of Arts degree at Minnesota State University. He went on to complete a doctorate in microbiology and immunology at the Medical College of Ohio and fellowship at Albany Medical College in New York before moving to the University of Texas at San Antonio (UTSA) and receiving his Master of Business Administration.

Marshall’s sense of purpose and resilience is what attracted Arulanandam to apply for the presidency, he said, but as a big sports fan, he said he appreciates the athletic department and was excited to learn of the university’s soccer team taking home a national title earlier this year.

As a chief research officer at UTSA, Arulanandam said the university has rebranded itself to understand how to become a comprehensive research institution that can impact society. By doing this, he said, departments are able to better understand why and how their fields are affecting the students and community around them and build relationships between fields.

Arulanandam said Marshall has the opportunity to become a comprehensive research institution because of the variety of programs it offers that can work together.

“Marshall has a comprehensive portfolio that has so many touch points that could be brought together,” he said. “That’s what I think of as career-engaged learning. It’s really not just getting a four-year degree; it’s really a continuum of engaging our students through the variety of programs.”

While Marshall offers plenty for local students and surrounding states, Arulanandam said, the university can provide great opportunities to international students. With his experience in strategic research and the advancements of technology that could be used to understand where recruitment should be increased, Arulanandam said he could work with other officials to determine what programs are interesting students worldwide.

Margo Dellicarpini, chancellor at Penn State Abington and former dean of the College of Education and Human Development at UTSA, said she worked with Arulanandam for about four years and learned he is an avid listener who puts others’ needs first.

“The first thing that I noticed about him is that he really does listen rather than coming in with a preconceived notion about something,” Dellicarpini said. “He’s able to create collaborative teams. He’s able to be inspirational and help people really move forward, and help collectively come around a shared vision.”

Dellicarpini said she went on to work as the vice provost for strategic educational partnerships and worked closely with Arulanandam. During his time at UTSA, she said, Arulanandam helped departments throughout the university get research grants approved to further their programs.

In her College of Education and Human Development alone, Dellicarpini said Arulanandam helped them go from averaging about $3.5 million in funding a year to about $10 million a year.

As an immunologist, Arulanandam is co-chairman of UTSA’s public health recovery task force and has been studying vaccines and diseases for years. He said the next president of Marshall will have to deal with the reality of COVID-19 cases declining, but possibly becoming a seasonal illness that will require regular protocols.

“We will get over this pandemic because we have the power of science, vaccines and therapeutics, but we are going to go into an endemic state, the definition being that COVID will persist in our community for at least the foreseeable future,” he said. “So the incoming president is going to be taking on COVID as it sort of dissipates, but not taking their eye off the ball and having those safeguards in place to keep our faculty, staff and students safe moving forward.”

Dellicarpini said Arulanandam is sensitive to the needs of the students and university, is empathetic, organized and highly skilled, and because of those traits would make a great university president.

“I think that obviously the candidate pools are strong, and I know Marshall has done their due diligence in putting together a very strong pool of candidates,” she said. “But I don’t think that there’s a candidate who would do better for the institution and would be more dedicated than Bernard, and I think that the community and the campus would be very lucky to have him as their president.”

The final profile of the candidates vying to be Marshall University’s next president will be included in an upcoming edition of The Herald-Dispatch.