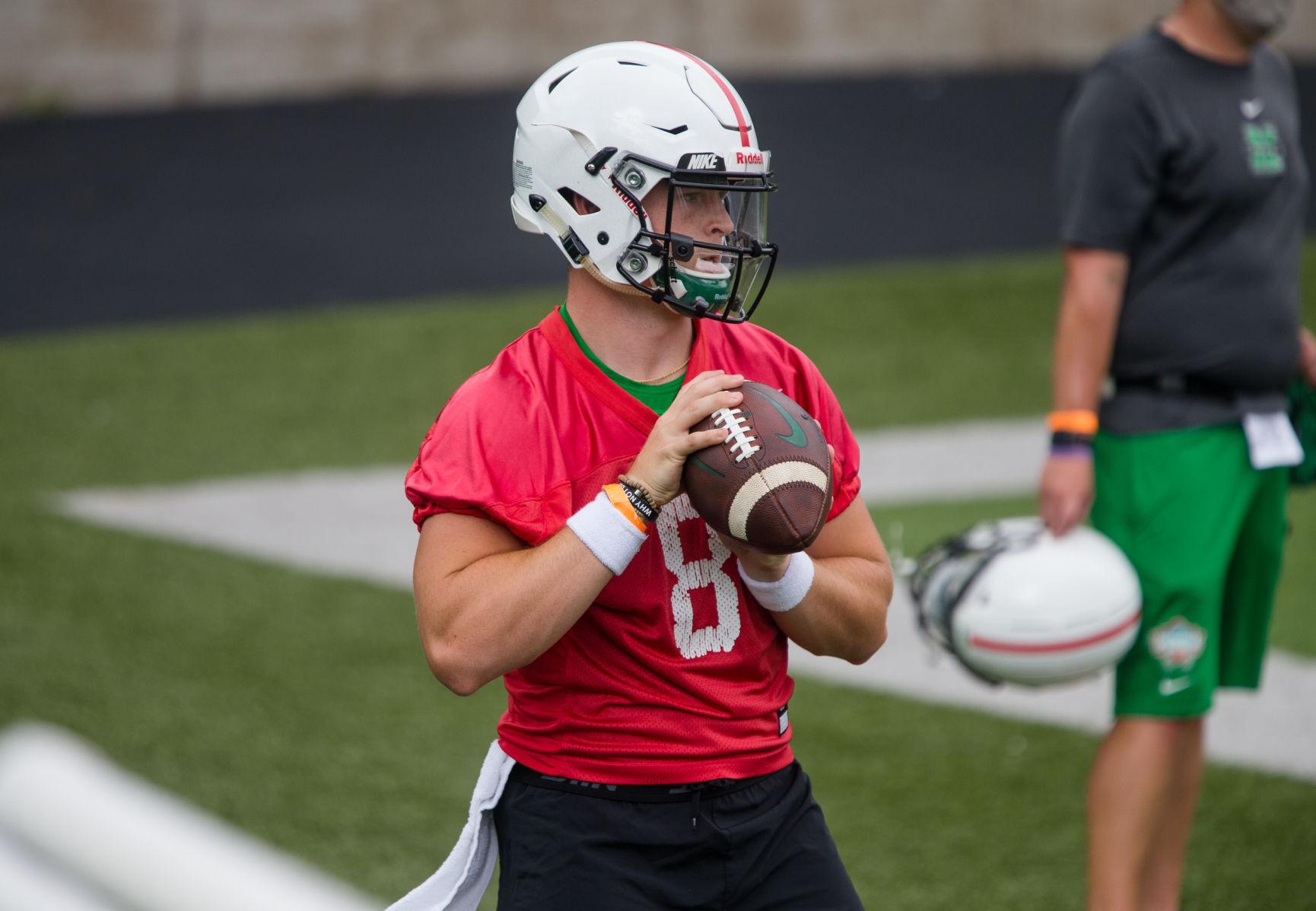 A technician loads saliva tests at the Waksman Institute of Microbiology.

Saliva tests are prepared for processing at the Waksman Institute in Piscataway, N.J.

As a new school year dawns, the demand for cheaper, faster and more accessible coronavirus testing is growing. But slow and sometimes erroneous test results and confusion over when and how to get tested continue to plague Americans as they wrestle with decisions about resuming their lives. An abrupt government recommendation last week that fewer people get tested — while at the same time the Trump administration moved to purchase 150 million rapid tests — has made a disorganized testing regime even murkier. The controversy sparked by the revised standards and, separately,

As a new school year dawns, the demand for cheaper, faster and more accessible coronavirus testing is growing. But slow and sometimes erroneous test results and confusion over when and how to get tested continue to plague Americans as they wrestle with decisions about resuming their lives.

An abrupt government recommendation last week that fewer people get tested — while at the same time the Trump administration moved to purchase 150 million rapid tests — has made a disorganized testing regime even murkier.

The controversy sparked by the revised standards and, separately,

News
Excluding athletes, Marshall to test up to 60 students a day for COVID-19
By TAYLOR STUCK The Herald-Dispatch tstuck@hdmediallc.com

The hospital is already processing the approximately 175 tests of football players and staff. Once the university receives all the test results from the initial round of testing, randomized testing will begin, President Jerome Gilbert explained to the board of governors during their regular meeting Thursday in the Don Morris Room on campus.

The randomized testing will sample students from different populations — the dorms, different schools, etc. A tent will be set up on Buskirk Field that will offer testing daily to students, as well. Gilbert said they plan to test 50-60 students a day.

Once play begins, the football team will be tested three times a week. With that testing combined with campus testing, Marshall will use all of Cabell Huntington’s in-house COVID-19 capabilities, Gilbert said. The CHH lab can process 200 cases a day, he said.

“This will be a good way to monitor spread,” Gilbert said. “We will also get a peek into the residence halls and other places by testing our athletes.”

All students with classes or living on campus, plus all employees on campus, were tested for COVID-19. Q-Labs is processing the tests, and Gilbert said they have a two- to 10-day turnaround.

So far, 57% of the 3,798 tests (excluding athletes) done had returned results, as of Thursday. Two employees and three students have tested positive so far, with one student living in the dorms. Students living on campus who test positive will quarantine in Holderby Hall, which was decommissioned last year.

Gilbert said it will cost about $16,000 a week to perform the testing. The state provided some assistance for the initial testing, but not going forward.

Gov. Jim Justice on Friday said if more robust testing was needed, he would be willing to provide support.

Also on July 23, while meeting in special session on public education issues, the West Virginia Legislature enacted House Bill 207, exempting Pleasants Power Station, an aging coal-fired plant that FirstEnergy was in the process of selling, from five years of business and occupation taxes, a tax break worth more than $60 million.

In West Virginia, such tax breaks for coal are so commonplace the bill barely registered in news coverage, as legislative leaders pushed legislation for charter schools and other changes to public education during the special session.

Nothing was made of the timing of the passage of both tax break bills until last month, when criminal indictments came down from U.S. District Court for Southern Ohio charging that FirstEnergy executives had illegally funneled $60 million through Ohio House Speaker Larry Householder to get the Ohio bailout bill passed.

Democratic gubernatorial candidate Ben Salango was quick to call for an investigation to determine whether there had been any improprieties in the passage of the bill in West Virginia.

“The way FirstEnergy has conducted business with elected officials in our neighboring state of Ohio begs questions about their dealings with Gov. (Jim) Justice and the state of West Virginia,” Salango said after news of the Ohio indictments broke.

“You have got a desperate candidate who is so far behind in the polls that we’re about to lap him,” Justice said.

He did not discuss the bill.

Justice added the legislation on a Friday evening, with the on-again, off-again special session set to resume the following Monday.

After the bill passed, it was revealed that FirstEnergy had a $3.1 million lawsuit against Justice’s Bluestone Energy coal company, claiming it had breached its contract by failing to buy back unused coal stockpiles.

“What I can say is we the members learned about that lawsuit after the bill had already passed the Legislature, and many of us were pretty upset about that,” he said.

Hanshaw said he doubts the disclosure would have affected the bill’s outcome, noting, “I think what people were voting for was to save a local community up there … but I have said to FirstEnergy Solutions personally that they should have disclosed that to us.”

According to the federal indictments, FirstEnergy’s plot to win passage of the $1.3 billion Ohio tax break began in 2018, when the corporation with other business interests funneled cash into Hardworking Ohioans PAC, a gray money campaign designed to elect House members who would then vote to elect Householder as speaker.

The Cincinnati Enquirer reported that among the contributors to Hardworking Ohioans was Murray Energy, the St. Clairsville, Ohio-based coal mining company that was the exclusive provider of coal to one of the two coal-fired power plants.

Also in 2018, Murray Energy was a leading contributor to the 1863 PAC, a conservative gray money PAC based in Martinsburg, West Virginia.

After the 2018 general election, the 1863 PAC conducted a media campaign encouraging West Virginians to call on their delegates to support Hanshaw for speaker over the more moderate Del. Eric Nelson, R-Kanawha.

Murray Energy is the primary supplier of coal to the Pleasants Power Station.

The FirstEnergy PAC has been a generous contributor to mostly Republican candidates in legislative and statewide races, contributing a total of $49,050 to state and legislative candidates from Jan. 1, 2019, to June 30.

FirstEnergy execs and lobbyists also contributed some $12,400 at a Justice fundraiser Oct. 24, 2019.

However, West Virginia politicians account for a minuscule amount of the $1.675 million of total contributions made by FirstEnergy PAC during that time, primarily to candidates from Ohio, Pennsylvania and Virginia, according to Federal Election Commission disclosures.

There are notable differences between the two bills, not limited to the significant difference in the total dollar amounts of the subsidies.

According to news accounts, HB6 was controversial, in no small measure because it imposed an 85-cent monthly surcharge on residential ratepayers’ electric bills and $2,400 monthly for industrial customers.

That drew howls of public protest.

According to the indictments, a good portion of the $60 million spent to influence passage of HB6 was used to squelch a petition drive for a statewide referendum on the proposed surcharges in the bill — a referendum that, with passage, almost certainly would have killed the bailout plan.

The contentiousness of HB6 was reflected in relatively close passage votes: 19-12 in the Senate, 51-38 in the House.

By contrast, HB207 unanimously passed the West Virginia Senate 28-0 and in the House with only token opposition, 77-5.

Del. John Doyle, D-Jefferson, one of the few voices of opposition, questioned whether the antiquated coal-fired plant could viably continue operating for another five years, even with the tax break.

“If I believed that three years from now these jobs will be here, I’d vote for this bill in a heartbeat,” he said during floor debate. “If I am right, then House Bill 207 is not a job-saving bill; it becomes just another corporate giveaway.”

House and Senate leaders recalled that, while there were FirstEnergy executives and lobbyists at the Capitol during the two days it took the bill to go from introduction to a final vote, local officials were the driving force, adamant about trying to save the 160 jobs at the plant.

He said that, after crunching the numbers, the Senate concluded the tax break made sense.

“It was the determination that it would cost us as a state less to provide that tax credit than to lose those jobs and the revenue from that plant,” Carmichael said.

Hanshaw had a similar recollection.

Hanshaw said when he and Carmichael were called to the Governor’s Office to discuss adding the bill to the call, FirstEnergy representatives and county commissioners were present.

“The pitch was we have to save the Pleasants County Power Station and here’s the economic impact on the local community,” he said.

Jay Powell, president of the Pleasants County Commission, said the commissioners began pushing for a tax credit to keep the plant operating in late May or early June 2019.

“I asked if I could speak with the governor’s staff, and we were able to do so. We were then able to speak with the speaker of the House and the president of the Senate, and they saw the urgency and the need for this,” Powell said.

“They asked us to speak with other legislators and get the pulse of it, so we did our homework, and as a result, with the governor’s help and with legislative help, we were able to pass it in a very brief period of time,” he added.

Unlike Justice, Carmichael and Hanshaw indicated they would have no objections to an independent review of events leading to the passage of HB207.

Said Powell, “People are trying to see if there’s a correlation if West Virginia did anything wrong, and I want this to be known: West Virginia did everything right. It’s just the complete opposite. We need to be commending what happened last year because what they did is secured jobs, secured the tax base, secured revenues for the state of West Virginia.”