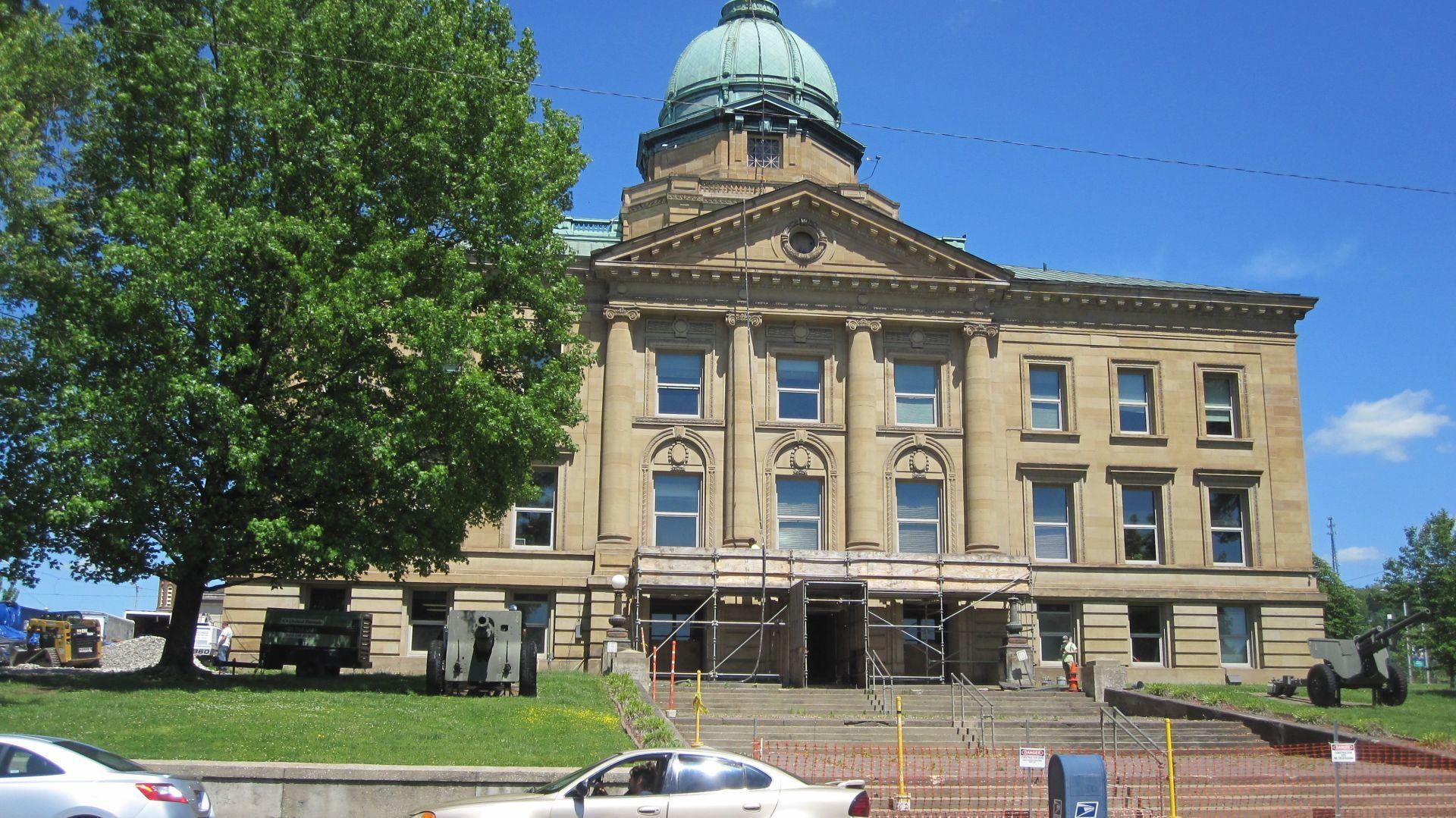 Marsh, vice president of health sciences at West Virginia University, cited Michigan, where spread of the United Kingdom variant of the virus has caused a more than 600% surge in hospitalizations of those ages 30 to 39 and an 800% increase in hospitalizations among those 40 to 49.

“We’ve seen what has happened in Michigan, and we absolutely do not want to see that happen in West Virginia,” Marsh said during the state COVID-19 briefing.

“It is really critical for us in West Virginia to make ourselves more resilient to the virus,” he added, urging West Virginians to get vaccinated and to continue to maintain COVID-19 safety protocols.

In West Virginia on Friday, 499 new cases were reported — more than double the daily average for most of the month — with 5,811 total active cases, an increase of about 400 cases in one week.

Hospitalizations totaled 231, with 81 patients in intensive care, both notable increases since mid-March.

The uptick is occurring three weeks after Gov. Jim Justice lifted a number of executive orders originally put in place to restrict activities in hopes of slowing the spread of the virus. That included allowing bars and restaurant indoor dining to resume at 100% capacity.

“We’re seeing it more in our younger people, who tend to be more social,” she said.

According to the Department of Health and Human Resources’ COVID-19 dashboard, 1,547 of the 2,624 new cases reported in the past week are people under 40, while 349 cases were reported among West Virginians age 60 and older.

Justice said that’s a factor of state efforts to prioritize vaccinating older residents, with 231,422 West Virginians 65 and older having received at least one shot, a vaccination rate of more than 60%.

“It tells us these vaccines are absolutely kicking the pandemic’s butt,” Justice said.

The state opened vaccinations to all residents age 16 and older effective Monday.

Available to renters with incomes of up to 80% of area median income, the program covers past-due and pending rental payments dating back to April 1, 2020, through up to three future payments.

It also covers past-due and upcoming electric, gas, water, sewer and trash payments for the same period, and also provides a one-time $300 stipend for internet service.

Payments will be made directly to landlords and utility companies, she said.

Justice also said an independent investigation into the failure of hospitals, health care providers and nursing homes to timely report a total of 185 COVID-19 deaths to the DHHR is complete, with investigators scheduled to brief DHHR officials Friday afternoon. Justice said the findings will be made public sometime afterward.

Justice said he believes “things got skewed” during a major spike in COVID-19 cases, hospitalizations and deaths in late December into January.

The AMT program has been in the making for a few years and will be available for students in spring 2022, Marshall University President Jerome Gilbert said. He said the program will teach West Virginians how to properly care for aircraft and will hopefully attract aerospace companies in the future.

“You are all witnesses to a turning point to the educational and economic future of this region,” Gilbert said. “Metaphorically, I will say that Mountwest and Marshall are flying in new airspace here. The joint program is the first of its kind, and we hope it will serve as a model to other institutions in the state.”

This is a joint program between Marshall University and Mountwest Community and Technical College, and will give students right out of high school an opportunity to get a certification in aviation maintenance or complete general education courses through Mountwest in order to receive an associate degree following the certification of the program from the Federal Aviation Administration.

In collaboration with the Huntington Tri-State Airport, the Robert C. Byrd Institute, Delta Airlines and more, Gilbert said he expects great successes to come from the AMT program.

Airport Director Brent Brown said he is excited to be able to have an AMT program in the Tri-State because it gives people a chance to learn and later work locally instead of having to go to other states to find jobs in aviation maintenance.

“We are going to go out there and do all that we can to promote this program and promote this airport and see what we can do to provide opportunities for the students graduating out of this program to have jobs right here at home,” Brown said. “We don’t want to see them leaving to Atlanta and Charlotte and these other places — we want them to stay right here in the Tri-State region.”

Brown said there are 95 acres of flat land at the airport and he hopes the maintenance program provides chances for expansion and further development of the land.

Renovations of an existing hangar and an armory will take place in preparation for the AMT program, with approximately $2.7 million being used to create classroom and laboratory spaces for future students.

West Virginia Gov. Jim Justice attended the ceremony and discussed the 1970 Marshall University plane crash that devastated the area, and how in growing this program, it is as if the region is rising from the ashes and paying tribute to the 75 lives lost.

Justice also said the AMT program can lead to expansion in the aviation field in West Virginia.

“What we’re doing right here, right now, is we’re embarking on putting West Virginia on the map as a place where aviation-related industries can grow,” he said.

Gilbert said they have received two planes to use for the program and they plan to add seven more over the next five years. There was also a small plane donated by Marshall alumnus Daniel Ward, which Gilbert said will be taken apart and put back together by students for years.

Rep. Carol Miller, R-W.Va., was also in attendance at the groundbreaking and discussed how Boeing projects the need for nearly 770,000 workers in aviation maintenance for the next generation. She said the AMT program will be a combination of people who want business growth in the area and a skilled workforce.

“West Virginia’s next generation of aviation workers will have access to a unique, cross-institutional program. We are working together to prepare our next generation for the jobs,” Miller said. “With any growing business, we need a pro-business environment and a skilled workforce to make it work. This program will ensure that West Virginia not only has that pro-business environment, but the world-class workforce ready to serve a growing industry, too.”

That’s the conclusion of a fiscal note on House Bill 3300 submitted Friday by the Lottery Commission. It warns that the loss of Lottery funds would reduce the debt coverage ratios on the bond issues that are being paid off with Lottery profits, assuring that interest payments on the bonds would increase.

“This appropriation would result in the reduction of the state’s bond coverage by 2.3 coverage points, most certainly raising the costs to the state to do business,” Lottery managing general counsel W. Brian Nickerson stated in the fiscal note.

The proposal would divert more than half of the $290 million Excess Lottery Fund each year, taking $164.5 million annually from that account to help fund an Income Tax Reduction Fund that could be used to accelerate the income tax phase-out, potentially reducing the length of the phase-out from 18 years to as little as 12 years.

About $125 million a year from the Excess Lottery Fund goes into general revenue, further blowing a hole in the state’s $4.5 billion general revenue budget.

As drafted, the House plan also would shift up to $35 million a year in sales tax collection and $11 million a year in severance, tobacco, corporate net, business and occupation, and insurance premium taxes to help fund the Income Tax Reduction Fund.

Under the plan, each time that fund reaches $400 million, $100 million of that amount would be transferred back to general revenue.

According to the fiscal note, the House income tax proposal also would require taking $2.1 million a year in Lottery sports-wagering profits, $1.5 million in i-gaming profits and more than $500,000 in Travel Keno profits.

The Lottery Commission did not respond to requests for comment for this report.

The House on Friday laid over the tax cut bill. It will be on passage stage on the House floor Monday, March 29, with six amendments pending.

Some of the amendments would significantly alter the phase-out plan. One would replace it with an annual $300-per-person reduction in income taxes. Another would require overall annual growth in state revenue of at least 3% before any of the yearly reductions in income taxes could take effect. 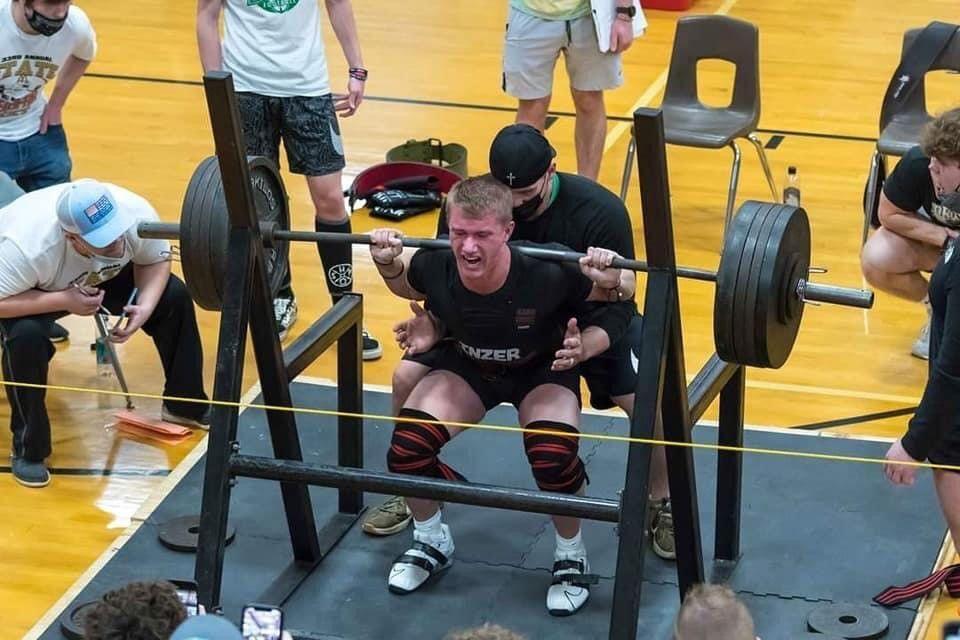 CHARLESTON — The West Virginia House of Delegates passed a bill Friday aimed at getting more real-time data on veteran suicide to prevent more from occurring.

House Bill 2981 would require the Department of Veterans Affairs to develop a suicide prevention assistance program. As amended by the Health Committee on Monday, it would also require the medical examiner to inform a local VA medical center upon the determination of the cause and manner of death of a veteran who committed suicide. The VA can then determine if the veteran was being treated.

The bill does not provide funding for the assistance program, but Health and Human Resources Committee chair Del. Jeff Pack, R-Raleigh, said the department can facilitate the program with existing staff.

The latest data on veteran suicide from the U.S. Department of Veterans Affairs is from 2018. With 64 reported suicide deaths that year, West Virginia’s rate was not significantly higher than the rest of the country, but the state overall has significantly higher rates of suicide.

But in 2018, veteran suicide accounted for a lower proportion of suicide deaths overall. The report says the VA has been monitoring veteran suicide since the start of the pandemic, and it does not appear there has been an increase in patients seen at VA facilities.

HB 2981 now heads to the Senate for consideration.