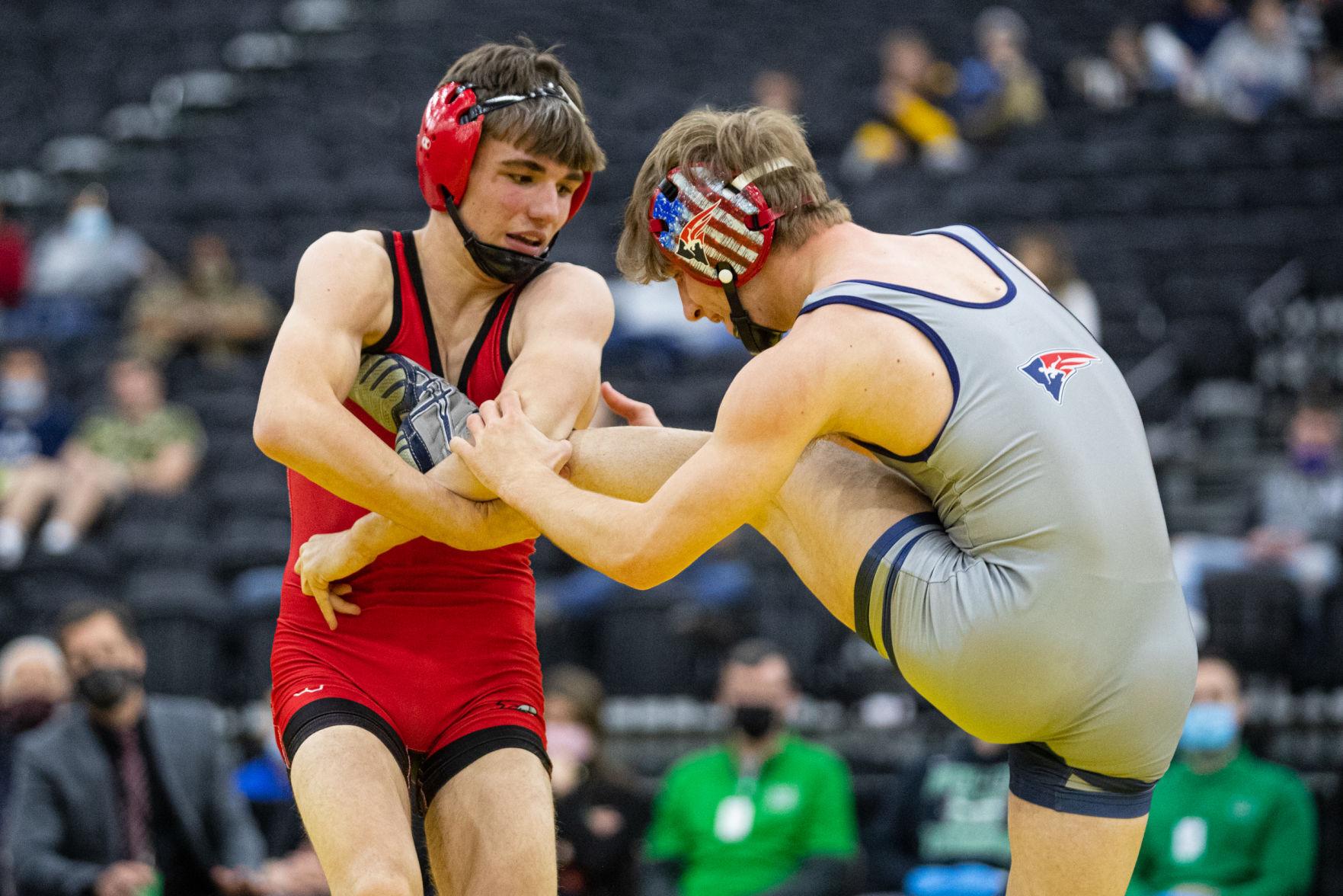 Cabell County EMS workers and Huntington Police officers responded to a possible overdose in the 500 block of 6th Avenue in 2020 in Huntington. The number of overdoses in West Virginia has increased while attention was focused on fighting COVID-19.

Many overdose deaths include more than one drug, and, while total overdose death numbers are not duplicative, the data set lists any drug contributing to the death, according to the state Department of Health and Human Resources.

Kanawha County recorded an uptick in the number of fatal drug overdoses in 2020 after years of stagnation that saw surrounding counties’ overdose rates drop.

Statewide, 15 counties at least doubled their number of fatal overdoses between 2019 and 2020. Eight saw drops. Of those eight, none saw decreases of more than five cases.

Southern West Virginia again bore the brunt of the overdose-related deaths in the state. In 2020, McDowell County tripled its rate, with 27 dead in 2020 compared to nine in 2019. Boone, Wyoming, Logan, Mercer and Cabell counties all lost twice as many people to drug overdoses last year than in 2019.

In line with recent years, methamphetamine-related fatal overdoses were still on the rise, with 569 recorded so far for 2020, compared to 384 in 2019, a near 50% increase. This is a more than 1,000% increase over 2015, when 49 residents died from the drug, and the largest increase of any drug-related overdoses in the state, according to the data.

Logan County recorded 31 meth-related fatal overdoses in 2020, double its number from 2019, when it recorded 15 deaths. The county holds the highest rate of fatal meth-related overdoses in the state, with 97 per 100,000 residents dying with the drug in their system.

Of 55 counties in West Virginia, 22 saw double the number of fatal fentanyl-related overdoses in 2020, compared to 2019. Forty-six counties recorded two times the number of cases in 2020 than in 2015.

Two counties — Clay and Webster — saw decreases in fatal fentanyl-related overdoses between those years, while seven others saw none recorded.

According to the data, the largest growth in fentanyl deaths has remained mostly in the coalfields.

McDowell County saw the largest increase of any county between 2019 — when two people there died because of fentanyl — and 2020, when 18 deaths were reported. Cabell, Logan, Raleigh, McDowell and Kanawha counties led the state in the number of fentanyl-related fatal overdoses per capita, according to the data.

Fatal overdoses involving either cocaine or heroin dropped slightly in 2020, compared to 2019. Heroin rates, however, are still highest in the coalfields. McDowell, Mercer, Wayne, Raleigh and Wetzel counties hold the highest per capita rate of fatal heroin overdoses for 2020, according to the data.

Fatal opioid-related overdoses doubled in 27 counties between 2015 and 2020, according to the data. Logan, Cabell, McDowell, Raleigh and Kanawha counties also led the state in these deaths for 2020.

For months, experts have warned about the effect the COVID-19 pandemic could have on those with substance use disorder. Overdoses are on the rise nationwide amid the pandemic, according to the federal Centers for Disease Control and Prevention, and so are relapses.

According to the West Virginia Office of Drug Control Policy, there were more emergency department visits and calls related to overdoses last summer than any other on record. Area harm-reduction groups reported upticks in the need for Naloxone distribution, an opioid overdose-reversal drug.

A man pleaded guilty Thursday to the murders of his child’s mother and seven members of her family in 2016 — a grisly crime that spread terror across their rural Ohio community and stirred rumors of drug dealers and hit men before authorities concluded it stemmed from a custody dispute.

On the fifth anniversary of the slayings, Edward “Jake” Wagner pleaded guilty to 23 counts in southern Ohio’s Pike County in a deal with prosecutors that spares him from being sentenced to death. He agreed to cooperate in the cases against his parents and brother, who are also charged in the Rhoden family slayings of seven adults and a teenage boy.

“I am guilty, your honor,” Wagner calmly told the judge again and again, as Judge Randy Deering read each count aloud. The charges included eight counts of aggravated murder, as well as charges of conspiracy, aggravated burglary, tampering with evidence, unlawful sexual conduct with a minor and other counts.

Wagner admitted he was personally responsible for five of the deaths, special prosecutor Angela Canepa said. He gave prosecutors a full account of what happened that morning, along with information that led them to additional evidence. She did not say what that evidence was.

Wagner, 28, said in court that he is “deeply and very sorry.” He wasn’t immediately sentenced, but his lawyers said he understands he faces a lifetime behind bars.

“He knows he’s going to die in prison without any judicial release. As horrifying as this is for all, he is as sorry as he could be,” defense attorney Gregory Meyers told the judge.

The killings in April 2016 — at three trailers and a camper near Piketon — terrified residents in the surrounding rural community and prompted one of the most extensive criminal investigations in state history. It took authorities more than two years to announce the arrests.

Prosecutors alleged the Wagner family planned the killings for months, motivated by a custody dispute. The Wagners took phones from six of the victims, as well as a recording device and trail cameras, Canepa said.

The Wagners used guns with two homemade silencers, allowing them to kill their victims as they slept, Canepa said. Parts from a failed effort to build a silencer were found on the Wagners’ property, she said.

Most of the victims were repeatedly shot in the head, and some showed signs of bruising. Three young children at the scenes, including Jake Wagner’s child, were unharmed.

According to Canepa, shell casings found at the Wagners’ home matched those found at the murder scenes. Investigators also found a shoe of the same size and tread that matched a shoe print found at the scene.

A relative, Tony Rhoden Sr., has sued the suspects, saying he wanted to be sure none of them benefited financially from the slayings.

One of his lawyers, Brian K. Duncan, said by email that the family “is grateful for today’s outcome, as it provides at least some semblance of justice on this day, which coincides with the fifth anniversary of these tragic events.”

Three-year-old Alexander Griffis, left, and 6-year-old Spencer Jennings paint a 3D-printed planter with the help of Madison and Jeremiah Griffis as the Cabell County Public Library hosts an Earth Day program for children on Thursday, April 22, 2021, in downtown Huntington.

HUNTINGTON — Children got crafty and learned about the environment during a special program Thursday at the Cabell County Public Library in Huntington.

Planned in celebration of Earth Day, the event featured 3D-printed planters that each child in attendance was able to paint and take home to be filled with soil and seeds once the planter had dried.

Worldwide events planned in observance of Earth Day included a global youth climate summit, a virtual “Teach for the Planet: Global Education Summit” featuring activists from every continent, workshops and panel discussions. More information can be found online at EarthDay.org.

Earth Day began in 1970 when more than 20 million Americans organized to call for greater protections for the planet. It is observed every year on April 22. 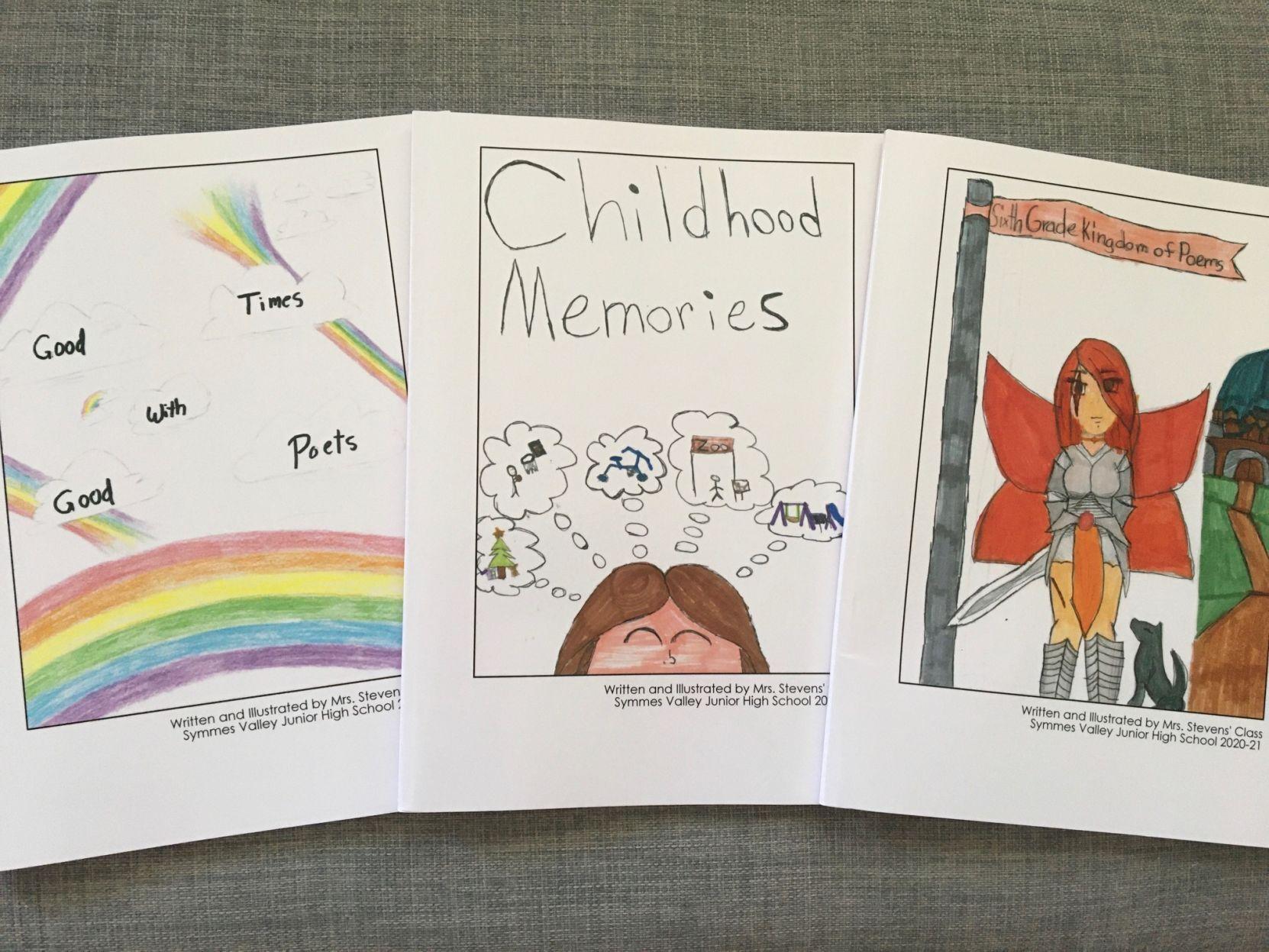 Sixty sixth-graders at Symmes Valley Junior High School planned, wrote and illustrated their own books on the topic of National Poetry Month.

West Virginia Sen. Mike Woelfel, D-Cabell, speaks about a bill to add edibles to the list of permitted forms of medical cannabis on March 24, in Charleston.

The West Virginia Senate passed two bills aimed at improving the program, which passed four years ago but has yet to provide any relief to patients. Neither bill passed the House, which has more staunchly anti-cannabis members than the Senate.

Senate Bill 231 amended several sections of the Medical Cannabis Act, reducing fees for patients and adding to the list of approved conditions to receive a medical card.

Sen. Charles Trump, R-Morgan, chairman of the Judiciary Committee, said the bill was similar to bills passed by the Senate for the past three years and puts back language initially included in the Medical Cannabis Act when it passed the Senate in 2017.

New conditions included in the bill included migraine, HIV, autism and anorexia, and it permitted the commissioner of the Office of Medical Cannabis to offer suggestions for new conditions to the advisory board.

The bill removed course requirements for physicians. Trump said doctors do not prescribe medical cannabis, just the medical conditions that the state approves. It also protects doctors from liability.

Sen. Mike Woelfel, D-Cabell, said he wrote the Medical Cannabis Act with two combat veterans in mind. The ability to consume cannabis through an edible form was important to them.

“I will introduce both those bills next session,” Woelfel said. “I’m very disappointed that the House chose not to really take up either bill in a meaningful way. Our medical marijuana law is the most conservative in the country. I know because I wrote it. It’s very conservative. This was a minor change to help people with very severe illnesses — end-of-life illnesses ordinarily.”

Opponents of the medical cannabis program, like Sen. Mike Azinger, R-Wood, say it is a gateway to recreational legalization. But most Americans are now in favor of legalizing both medical and recreational use, according to a new Pew Research Center study.

“The House equated this to free weed on every corner,” Woelfel said. “That lack of understanding the issues kept us apart from any other state. It’s superficial to choke on this medical aspect like it’s surrendering to the ‘War on Drugs.’ It’s very sad. We claim we want people to move here, but it makes it look very backward.”

According to the study, 91% of U.S. adults say they are in favor of both medical and recreational cannabis. Fewer than 1 in 10 adults say it should not be legal for use by adults.

From 2000 to 2019, the share of Americans saying marijuana should be legal more than doubled.

Those 70 and older are still more likely to oppose any type of use, and Republicans are more wary than Democrats.