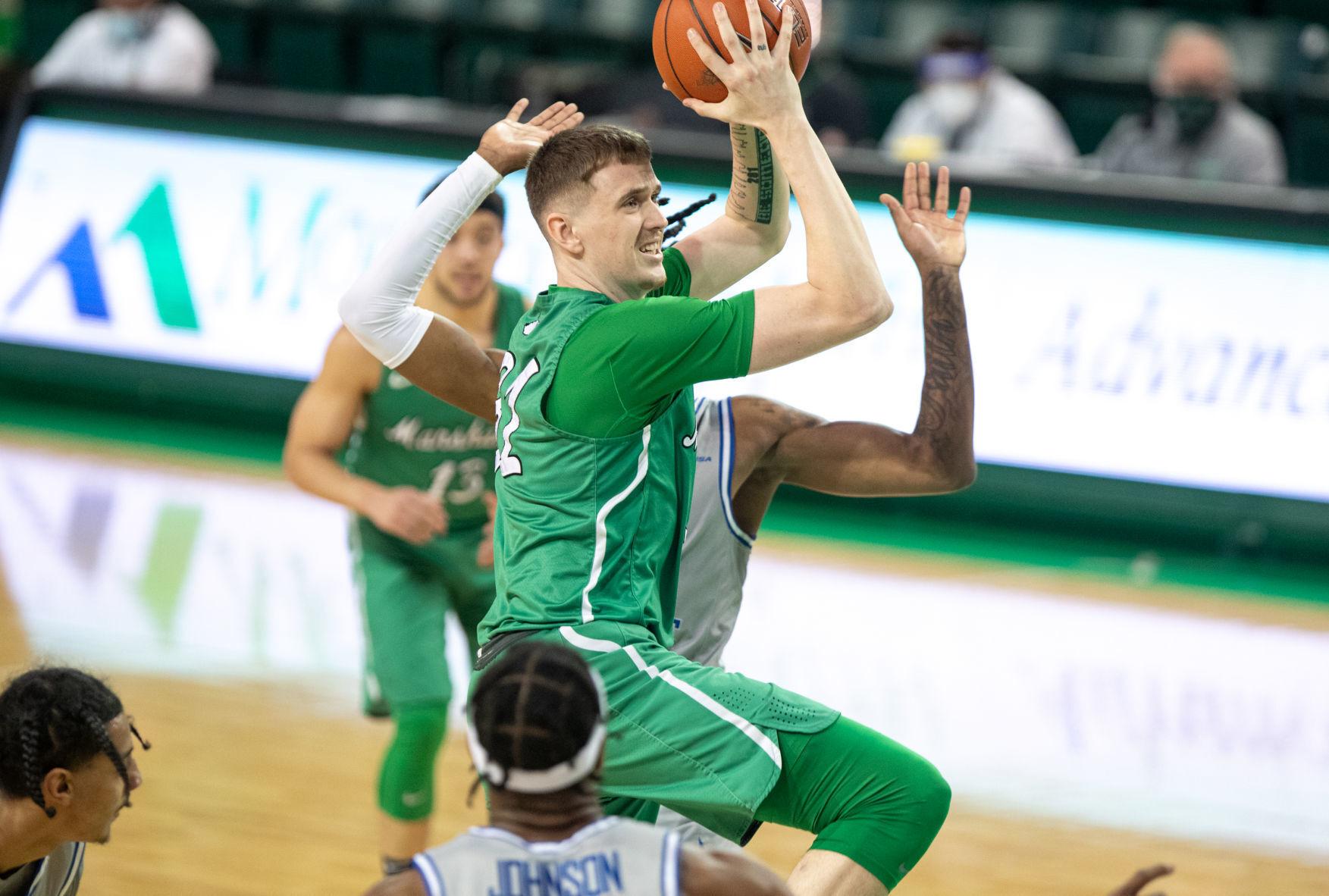 A vehicle navigates around a downed tree along Green Valley Road as the area continues to deal with the fallout from winter weather on Wednesday, Feb. 17, 2021, in Huntington.

AEP workers begin the process of removing downed tree limbs from power lines as the area continues to deal with the fallout from winter weather on Wednesday, Feb. 17, 2021, in Huntington.

Traffic moves along Interstate 64 as broken trees are seen off the roadway on Wednesday, Feb. 17, 2021, in Huntington.

Thick ice is seen on the branches of a tree as the area continues to deal with the fallout from winter weather on Wednesday, Feb. 17, 2021, in Huntington.

William Spence, a Marine veteran, from Milton, sits in a warming area at the Salvation Army as the area continues to deal with the fallout from winter weather on Wednesday, Feb. 17, 2021, in Huntington.

Utility vehicles are staged in the parking lot of the Huntington Mall as they prepare to head out to sites on Tuesday, Feb. 16, 2021, in Barboursville, following a second winter weather system that ripped through the Tri-State area, leaving thousands without power.

Thick ice is accumulates on a parked car as the area continues to deal with the fallout from winter weather on Wednesday, Feb. 17, 2021, in Huntington.

HUNTINGTON — Appalachian Power has restored electric service to more than a third of the 97,000 West Virginia customers who were left in the dark after Monday’s crippling ice storm.

While some customers have remained without service since the area’s first ice storm, on Feb. 11, more than 32,000 customers have had service restored as of 5 p.m. Wednesday, and crews continue to work to restore service to the 64,500 customers who remain without power.

More than 1,700 workers are in West Virginia, including crews who traveled to assist from Ohio, Indiana, Illinois, Kentucky, Tennessee and Georgia, Moye said.

A winter storm warning remains in effect through 5 a.m. Friday. Heavy snow, with accumulations of 4-6 inches, and a glaze of ice is expected. The warning applies to western West Virginia, southeast Ohio and northeast Kentucky.

“Wet snow accumulation is likely to stick effectively on trees and lines that have ice on them, adding more weight,” Moye said.

In Ohio, 6,697 AEP Ohio customers are without power in Lawrence County. The utility said customers in South Point are estimated to see their service restored at 3:30 p.m. Friday.

Water outages were also reported for customers in Lawrence County, and Hecla Water said its customers may have low water pressure or experience an outage as tank levels drop. Customers were asked to conserve water until power is restored to the treatment plant and pumping stations.

Kentucky Power said its entire service area is in the bull’s-eye to receive the additional wet snow this week.

“If this third storm materializes as forecasted, additional damage to electrical facilities will likely occur as the wet snow or ice will stick to ice remaining on trees, further delaying restoration efforts. Kentucky Power customers will essentially incur three winter storms within one week without the temperature rising above freezing — that’s snow on top of ice on top of ice,” the utility wrote in an update Tuesday evening. “Customers are strongly encouraged to make emergency plans also. Prepare an emergency outage kit, ensure loved ones who may need extra help have a place to go should they lose power and have a plan for your own household.”

Chad Brown fills gas canisters to fuel his generator as the area continues to deal with the fallout from winter weather on Wednesday, Feb. 17, 2021, in Barboursville.

A line forms as customers attempt to fill propane tanks at Arrick’s Propane on Tuesday, Feb. 16, 2021, in Proctorville, Ohio, following a second winter weather system that ripped through the Tri-State, leaving thousands without power.

HUNTINGTON — With snow and ice leaving people without power, heat or a way to get to safety, lives could be at risk.

While Appalachian Power and parent company American Electric Power are outsourcing with companies such as Asplundh to remove trees from power lines, local businesses are working to clear roads and driveways that might be blocking people in.

Alex Parlock, owner of Stop, Chop and Drop It: Tree Service and Mulch Supplier, said he is receiving as much as six times the amount of service calls as usual to remove trees, and working around snow and ice can be tough.

“We do this stuff all the time, but it gets tricky with the ice,” Parlock said. “You have a lot more forces, different angles and different weight distribution throughout the trees. If you cut the wrong thing, you could potentially make the tree fall if it hasn’t already.”

Parlock said his workers were able to help an elderly man Wednesday, and timing was lucky.

Parlock said after receiving a phone call requesting a quote on the cost of clearing a long, steep driveway for an elderly couple, the couple’s son had called Parlock back and said his dad had fallen and was experiencing seizures.

Parlock said his employees showed up to help clear the driveway before an ambulance arrived, and due to how steep the driveway was, a second ambulance had to be called.

The men were able to clear the driveway just as the second ambulance arrived, Parlock said, so the EMS workers were able to get the man in the ambulance without trouble.

“The second ambulance got there just as my guys finished clearing the driveway, and they got up to the house,” Parlock said. “If they couldn’t get up to the house, they would have had to sled him like a quarter of a mile, like on a sled to get him down the hill, or figure out something, but luckily, they were able to get up there in the ambulance.”

Spokesman Phil Moye said AEP uses contractors like Asplundh so they know they are working with people who have experience with power lines, which ensures everyone’s safety.

Moye also said the workers use employees known as foresters to assess situations regarding plant life.

Along with the dangers of fallen trees, AEP sent out a news release estimating there are more than 64,000 people without power as of 5 p.m. Wednesday. It is estimated about 25,357 customers in Cabell County and 16,723 customers in Wayne County are without power.

The lack of power has people seeking generators to keep some appliances running or gasoline to travel somewhere safer, but shops are running out.

There have been multiple shipments of generators to local stores including Home Depot, Lowe’s and Kenny Queen Hardware. But as of Wednesday evening, there were no stores in the area with generators available.

Kenny Queen Hardware posted on Facebook that they expect to receive a shipment of generators at 8 a.m. Thursday, available at the Huntington/Lavalette location, and said people could call to prepay and reserve a generator.

Nicci Dille, manager at the Kenny Queen location in Barboursville, said the generators were reserved within the first two hours, but there may be a handful more available.

“We already reserved all the ones we can, but we don’t know exactly how many we’re getting so we didn’t want to reserve more and then not get enough in,” Dille said.

Barboursville Home Depot manager Denny Britton said Home Depot is expecting another shipment of generators before the end of the week, but employees have not been given an exact date and time.

Along with generators, propane tanks and gasoline are becoming more difficult to find in the area.

Cars lined up Tuesday and Wednesday morning outside of Arrick’s Propane in Ohio, and local gas stations are running out of supply.

Managers at local Sheetz, Marathons and Speedways in the Huntington area have reported they have sold out of propane tanks and are unsure when a new shipment will arrive.

Gas stations in Wayne County, while already dealing with power outages, have also reported running out of gasoline, and those in need could be heading to Huntington to refill. 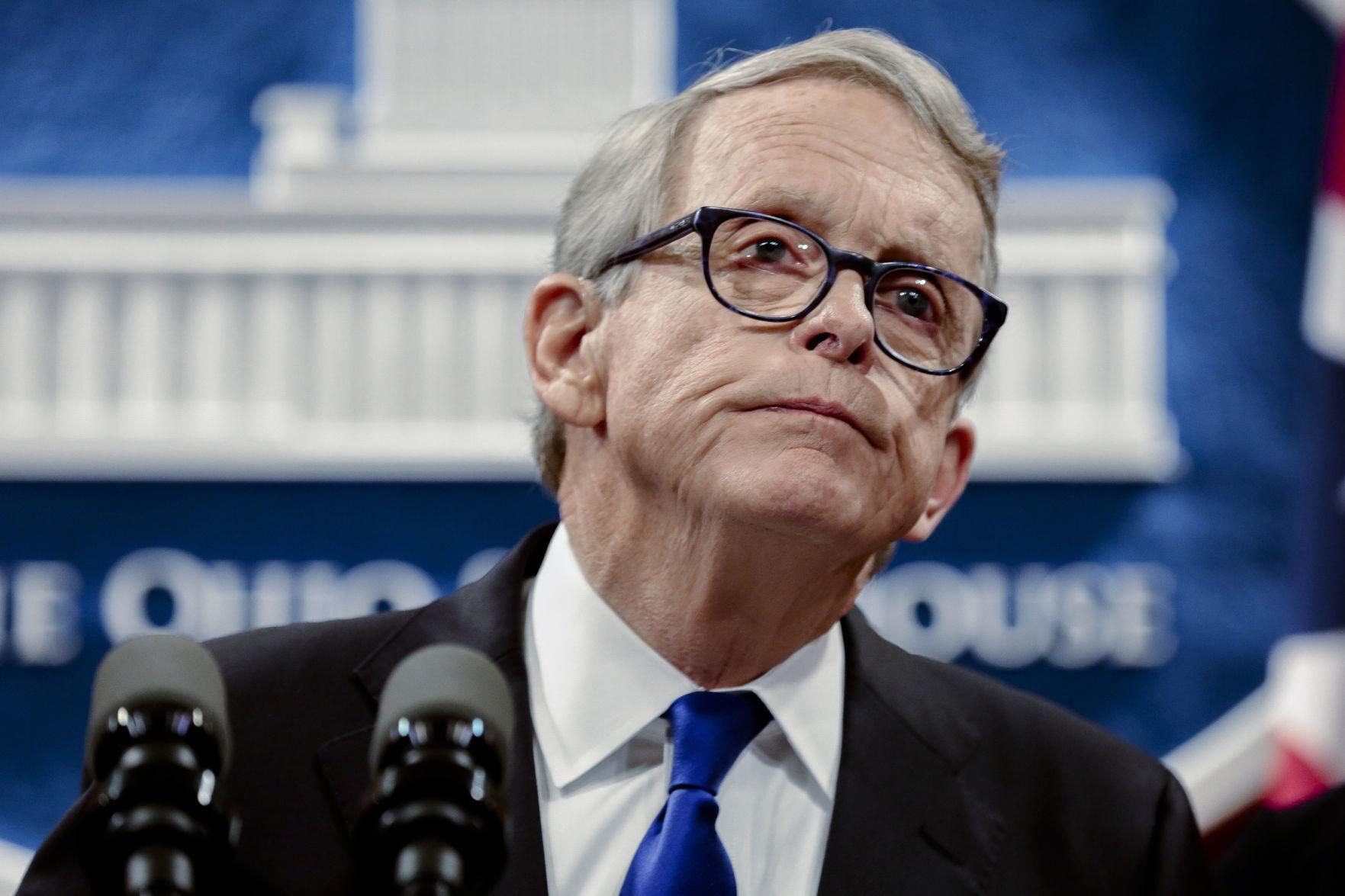 Sen. Ron Stollings, D-Boone, listens to testimony during the Senate Health and Human Resources Committee meeting Feb. 16, 2021, in Charleston. Stollings is the minority chair of the committee.

CHARLESTON — The West Virginia Senate Health and Human Resources Committee got to work Tuesday and Wednesday, passing along two bills similar to bills already passed by the House Health Committee.

Senate Bill 12, passed by the Senate committee Tuesday, checks the power of county boards of health by requiring a public comment period on new or amended rules and requiring county commissions and other board of health-appointing agencies to approve the rule before it is implemented.

SB 12 requires boards of health to post new rules on the State Register and their website and requires a public comment period. The rule and any public comments must be submitted to the county commission and other appointing agency within 30 days. Other appointing agencies include city councils, which appoint members to joint health departments like the Cabell-Huntington Health Department.

The bill would permit the appointing agencies to approve or disapprove all or parts of a rule. Any part disapproved must include a reason why and the board of health can resubmit the rule.

If there is a public health emergency, the rule can immediately go into effect but the appointing agencies still must approve or disapprove the rule within 30 days.

SB 12 passed Tuesday night after a brief caucus by the Republican Party following one member of the party expressing he wasn’t sure he could vote for the bill.

Two county commissioners — one from Mercer County and the other from Wood County — testified to the committee that they did not support the bill.

“In my 20 years of dealing with public health, West Virginia has cut funding and asked us to do more with less,” said Greg Puckett, Mercer County commissioner. “We consistently rank in the bottom of every major health statistic, and as been evident by the COVID-19 pandemic, we are understaffed and underfunded by our lack of long-term support. … This is why I am increasingly perplexed why the Legislature is, during a time when we should be focusing on protections for our public, focusing on bills like Senate Bill 12 that would inevitably, possibly, roll back health and safety measures locally.”

Sen. Ron Stollings, D-Boone, a physician, said he was strongly against the bill. Freshman Sen. David Stover, R-Wyoming, said he was moved by Stollings’ remarks and wasn’t sure how he would vote, which prompted the caucus.

SB 12 is scheduled for first reading on the Senate floor Thursday. The House bill has not yet been read for a first time as delegates await the Senate decision.

After lying the bill over one day, the committee also passed along Senate Bill 1, which would codify a pandemic executive order by Gov. Jim Justice that suspended the regulation requiring telemedicine doctors be licensed in the state.

Like House Bill 2004, SB 1 would permit licensed out-of-state medical professionals to meet with West Virginia patients via telehealth as long as they register with the state and are in good standing.

The committee produced two committee substitutes in two days. Amendments include permitting audio-only appointments after hearing concerns some patients, particularly the elderly, do not have access to visual telecommunications. Broadband capabilities in parts of the state also limit visual abilities. Another amendment requires the telehealth doctor to send the patient’s record to their primary care physician if there is one.