Melanie Proctor is seen with a photo of her mother and father, Army veteran Felix Kirk McDermott, outside the VA hospital in Clarksburg, W.Va.

CHARLESTON — A former nursing assistant at the Louis A. Johnson VA Medical Center in Clarksburg, West Virginia, pleaded guilty Tuesday to several charges stemming from a string of deaths at the hospital from July 2017 to June 2018.

Reta Mays, who worked the night shift for nearly three years at the Clarksburg VAMC, was charged in a criminal information by federal officials Tuesday morning. She pleaded guilty hours later to seven counts of second-degree murder and one count of assault with intent to commit murder.

Mays killed Robert Edge Sr., Robert Kozul, Archie Edgell, George Shaw, Felix McDermott and Raymond Golden, according to the information. Mays also is responsible for the death of an unnamed veteran and was charged with intending to murder a different unnamed patient.

Working in Ward 3A of the Clarksburg VAMC, Mays cared for veterans who were not in a condition to be discharged but did not require intensive care. Several of these patients suffered from diabetes, according to the information.

Mays injected the veterans with insulin when it was not prescribed, which caused their blood glucose levels to fall drastically; many died days later.

It wasn’t until June 2018 that a doctor at the Clarksburg VAMC reported to a hospital supervisor about the abnormal string of deaths of patients who had hypoglycemic episodes, according to the information.

About one month later, the hospital removed Mays from a position of patient care.

Mays faces up to life in prison for each count of second-degree murder and up to 20 years in prison for assault with intent to commit murder.

“In today’s plea agreement, the defendant has admitted to actions that ended the lives of several military veterans who served our country honorably,” U.S. Attorney Bill Powell said in a news release Tuesday. “Our investigation never lost sight of each of these lives and the sacrifices these men made for their country.”

“This was a lengthy and thorough investigation with hundreds of interviews, extensive medical and administrative records to review and forensic testing that needed to be done,” FBI Special Agent in Charge Michael Christman said in the release.

“These eight veterans deserve respect and honor. They served our country, and we all owe them a debt of gratitude. They didn’t deserve to die at the hands of a nursing assistant who intentionally inflicted pain on them and their families.”

At least three civil lawsuits are pending in federal court related to deaths at the Clarksburg VAMC.

John Hallman, a retired U.S. Navy sailor, died within the same time period at the Clarksburg VAMC under similar circumstances, a third civil suit claims. Hallman’s death was not included by federal officials in the information Tuesday.

The three civil lawsuits are being handled by Tiano O’Dell PLLC. One of the firm’s attorneys, Tony O’Dell, said in April that he suspected at least 12 veterans died at the hands of Mays — seven deaths were included in the information.

Instructor Krista Smith paddles around the pool during a kayak roll clinic at the Marshall University Recreation Center on Tuesday, July 14, 2020, in Huntington.

Timothy Zima teaches his daughter, Abi, 8, how to perform a wet exit during a kayak roll clinic at the Marshall University Recreation Center on Tuesday, July 14, 2020, in Huntington.

Karim Abdelgaber, right, assists Yousef Abdelgaber, left, as he learns a proper roll technique during a kayak roll clinic at the Marshall University Recreation Center on Tuesday, July 14, 2020, in Huntington.

Justin Brammer practices his technique during a kayak roll clinic at the Marshall University Recreation Center on Tuesday, July 14, 2020, in Huntington.

HUNTINGTON — A popular clinic returned to the Marshall University Recreation Center on Tuesday.

The kayak roll clinic is designed to teach participants various techniques, including how to properly roll a whitewater kayak, an important tactic to stay safe on the water. The class was available for experienced and new paddlers alike.

Aside from swimwear, a towel and goggles, all equipment, instruction and pool time was included in the clinic fee, and it was preferred that participants felt comfortable in and under water.

More information is available on the rec center website.

In this file photo, graduates wave to their friends and loved ones in the crowd as Marshall University’s Winter Commencement Ceremony takes place on Dec. 14, 2019, at Mountain Health Arena in Huntington. The spring 2020 commencement ceremony, tentatively scheduled for Aug. 8, has been canceled.

HUNTINGTON — Marshall University canceled the spring 2020 commencement ceremony tentatively scheduled for Aug. 8 at the Joan C. Edwards Stadium as cases of COVID-19 continue to steadily increase in the region.

The ceremony had already been delayed from May 2 due to the COVID-19 pandemic.

In an email message Tuesday to eligible graduates, Marshall President Jerome Gilbert called the decision “incredibly difficult” and said the university will honor the Class of 2020 at the winter commencement planned for Saturday, Dec. 12, tentatively at the Mountain Health Arena in downtown Huntington.

According to a release from the university, Gilbert said when the university announced the August ceremony more than two months ago, it was predicated on COVID-19 infection levels remaining relatively low.

“Unfortunately, West Virginia and Cabell County have experienced a steady and significant increase in COVID-19 cases in recent weeks,” he said. “We consulted with the Cabell-Huntington Health Department and our own Marshall Health chief medical officer, and they do not believe it is safe to host such a large, in-person gathering due to the increased risk of transmitting the virus, even with the measures we had planned to protect graduates and guests.

“As one of the newest Sons and Daughters of Marshall, you have reached a significant milestone — one that certainly calls for celebration. I look forward to welcoming the Class of 2020 back as soon as we can safely host large events once again.”

Gilbert said the decision was made Tuesday so anyone who was planning to travel to Huntington for the event had adequate advance notice.

Marshall’s registrar sent eligible graduates an email last week to let them know the university was monitoring the COVID-19 situation in the community and to alert them there was a possibility the ceremony would not go on as planned, according to the release. Since that message was sent, the number of cases statewide has continued to climb and West Virginia Gov. Jim Justice on Monday issued an executive order that closed down fairs and festivals, and prohibits indoor and outdoor concerts.

Tuesday’s announcement relates only to the graduation ceremony and public celebration; it does not change the semester completion date for students, nor does it affect the timeline for students earning their degrees.

Members of the Class of 2020 should monitor their official Marshall email account or visit Marshall’s commencement website for more information as plans for Winter Commencement develop. 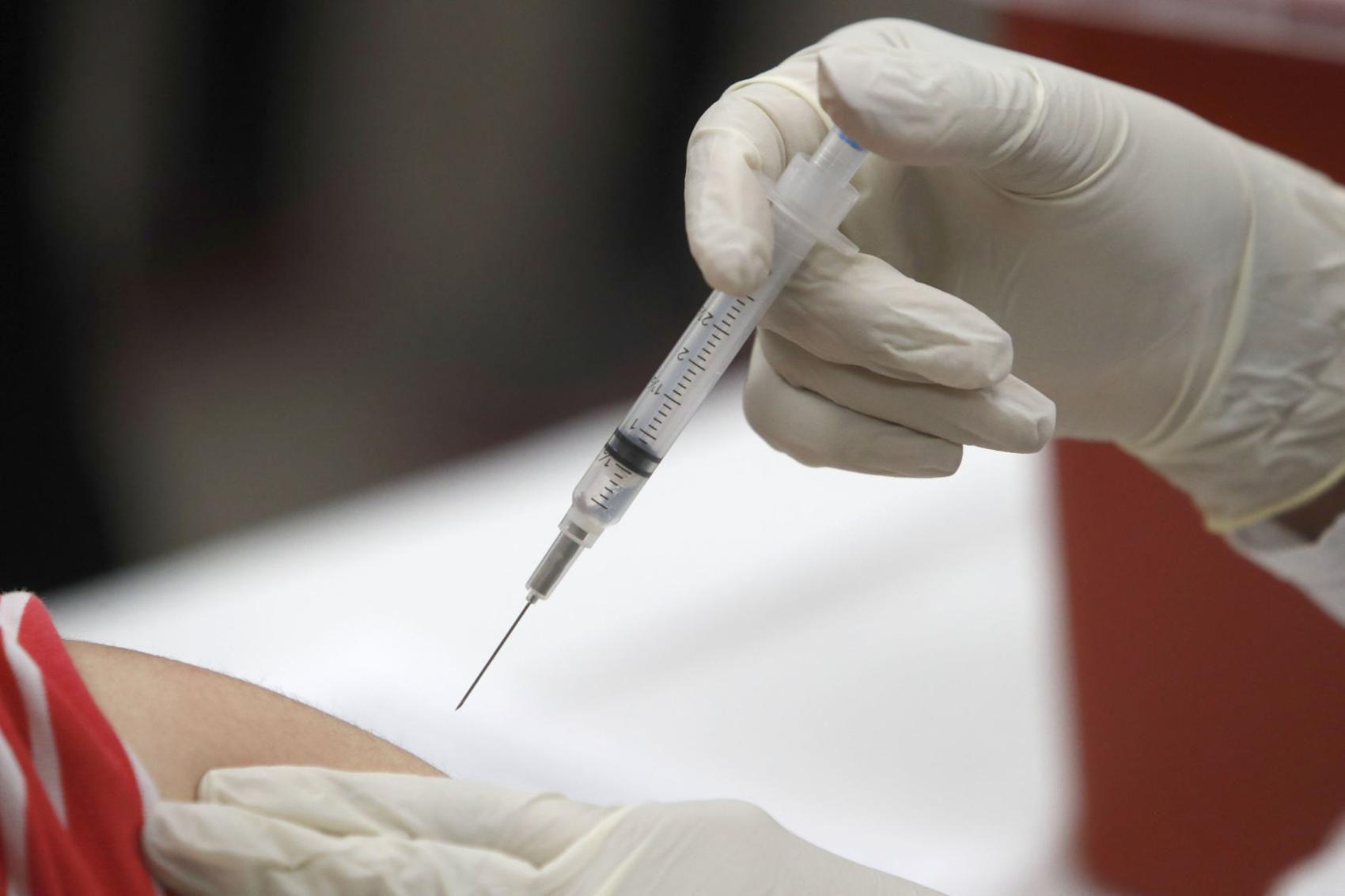 According to the Centers for Disease Control and Prevention, flu is sporadic in 48 states, including West Virginia and Ohio.

Hurricane High School is one of 46 high schools in the country continuing to use the mascot name “Redskins.”

HURRICANE, W.Va. — It remains to be seen whether a local high school will fall in line with a movement to get rid of the mascot name “Redskins” following the official retirement of the name by the National Football League’s Washington franchise on Monday.

Hurricane High School is one of 46 high schools in the country continuing to use the name.

On Tuesday, more than 800 supporters had signed a change.org “Change Hurricane’s school mascot” online petition, while at the same time over 1,900 signed a “Save Hurricane High School Redskins” petition.

Both petitions claim to have been started by former Hurricane High School students, and a Facebook group, “Hurricane Football Alumni Association,” posted a link to the petition seeking to save the mascot name.

Organizers of both online petitions have declined to comment and instead referred to the petition links where comments were left by supporters. The petition seeking a name change says the term “redskin” is a racial slur, used to denigrate or put down indigenous people.

“The term does not honor them, and many tribes and nations have spoken against the term ‘redskin’ for decades,” the petition says.

The petition seeking to save the name says the “beloved mascot of Hurricane High School is being talked down by ‘alumni’ and community members” and asks supporters to stand for “honoring the mascot and all the traditions it carries for Hurricane.”

“It’s honoring Native Americans,” he said. “I look at Redskins as Native Americans that are warriors and strong leaders. You don’t name your team after something you don’t honor and respect.

“In our program, ‘Redskin’ is used as a word meaning exemplary behavior.”

Taylor says the school’s annual Redskin awards are given to the athletes who best show good character.

“Every award we have has something ‘Redskin’ in it,” he said. “To me, it means power and everything good about Native Americans.”

Taylor said he has seen both online petitions.

“It seems overwhelmingly that most are for keeping the name,” he said.

Taylor said he also questions the legitimacy of online petitions.

“Anyone can make one of these online petitions say anything they want,” he added.

Jason Corriher, assistant athletic director for media relations at Marshall, said the university’s compliance staff advised that no comments be made in order to adhere to the NCAA’s guidelines on public statements regarding specific high schools.

According to previously published reports, the number of high schools using the Redskins name has been in steady decline, with approximately 40% having had local efforts to change the name. Between 1988 and April 2013, 28 high schools in 18 states had changed the mascot name. Since 2017, three schools in Driggs, Idaho; Paw Paw, Michigan; and Anderson Township, Ohio, changed the mascot name.

College teams that had been Redskins changed their names voluntarily decades ago — the University of Utah became the Utah Utes in 1972; Miami University in Oxford, Ohio, became the RedHawks in 1997; and Southern Nazarene University became the Crimson Storm in 1998.