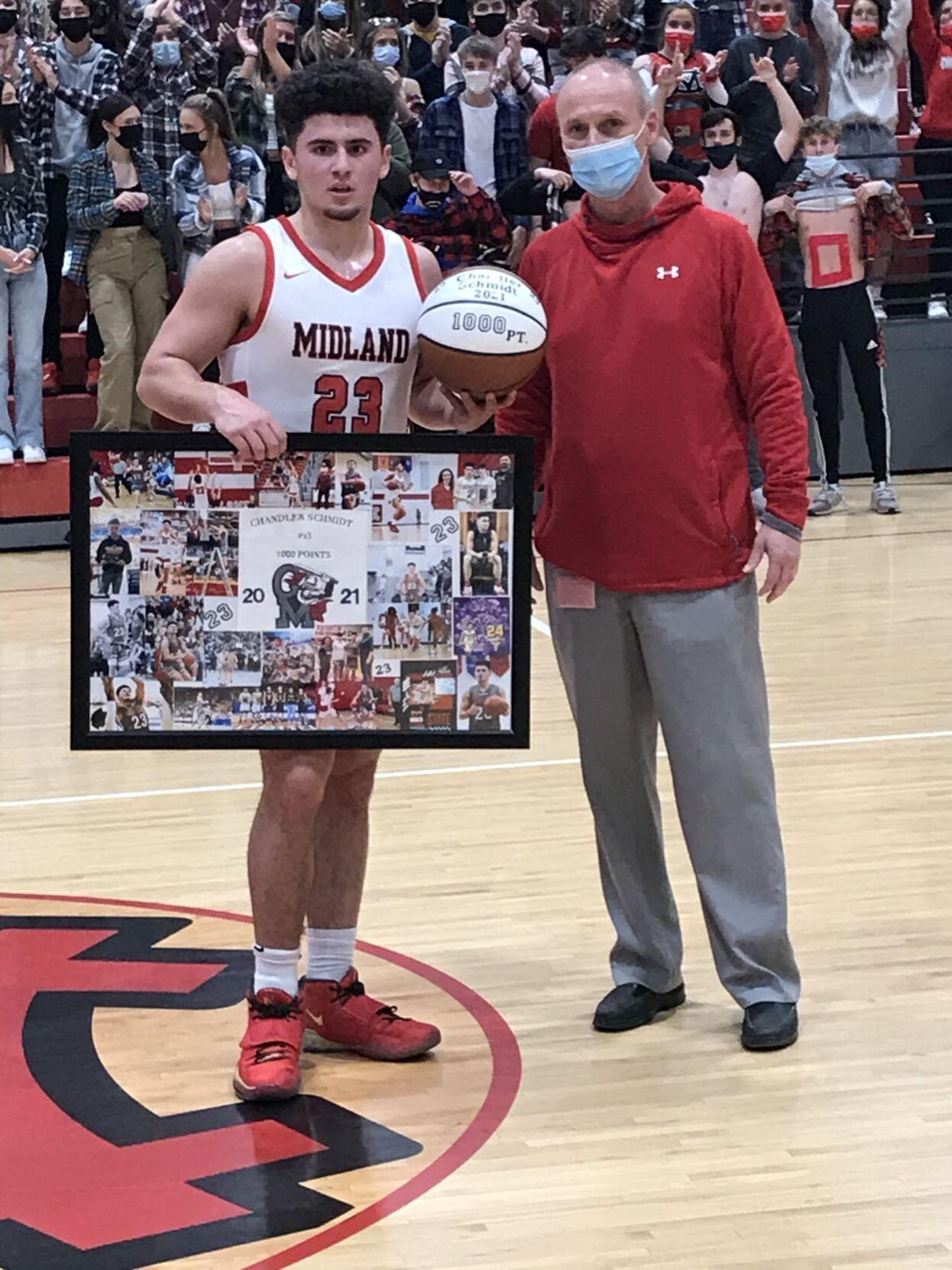 Cabell County Schools officials and Board of Education members tour a potential site for the new Davis Creek Elementary on Feb. 9, 2021, at the site of the former Barboursville brickyard.

HUNTINGTON — A new elementary school will be built on a property that has been without a tenant for decades.

During their regular meeting Tuesday, Cabell County Board of Education members voted to give authorization to Superintendent Ryan Saxe to move forward with the necessary actions to acquire the former Barboursville Brick Co. property near Riverview Drive, where they plan to build the new Davis Creek Elementary School.

The current Davis Creek Elementary is located just outside of Barboursville on Alternate W.Va. Route 10.

The decision was met with applause by school staff in attendance and some even got a little emotional after the vote, visibly expressing their thanks to board members for the decision.

“We’re excited for this new change. A lot of time when you talk about change, it can be difficult, and this is for a few people because we’re walking in some people’s back doors,” Principal Patrick O’Neal said. “We’re thrilled to death to be at that site, and we hope the village inside of city limits will embrace us as part of their community.”

O’Neal, who has been vocal in his support of that site at previous meetings, attended Tuesday’s meeting with staff members from the school. He and teacher Rebecca Powers spoke in support of acquiring the brickyard property. Additionally, he urged the board to consider redistricting as soon as the next school year in order to address concerns at Village of Barboursville Elementary School as it relates to enrollment.

In the shadows of the celebration were some concerns from others in the community about the chosen site.

“I don’t think it should have been considered. It’s a half-mile from our school,” Village of Barboursville Elementary gym teacher Richard Williams said. “You’re going to divide that community around it.”

He also expressed his concerns not as a teacher, but as a taxpayer, about building on the land due to its current condition after having been vacant since 1979 after the closing of the Barboursville Brick Co.

Cabell County officials said there will be remediation needed on the site due to contamination that occurred because of chemicals used when the brick factory was in operation.

The board will have 60 days to assess the remediation work that needs completed in order to get the approval to build a school and will work with the state Department of Environmental Protection to get it done.

In 2003, the city of Barboursville paid $1.5 million to acquire the 20-acre property. A 2004 environmental study found asbestos and petroleum in the ground at the long-closed plant and high levels of arsenic in its smokestacks. A cleanup was performed and in 2007 the storied brickyard was demolished.

Saxe said the opportunity to have two excellent elementary schools so close to one another is a special opportunity and will be beneficial to the community.

Davis Creek is the final site to be selected for a total of four new schools being built or expanded in Cabell County following the approval of an $87 million school construction bond in August 2020.

The bond included funding for a series of projects including three new elementary schools (Milton, Meadows and Davis Creek) and expansion for the Career Technology Center.

In other business, Saxe provided a vaccine update, announcing that all employees who expressed interest in receiving the COVID-19 vaccine and registered through the school district have now received at least one dose.

The district, in conjunction with the Cabell-Huntington Health Department, hosted a clinic and administered about 500 first doses last week and has requested an additional 744 doses, which would be available to immediate family members who were registered by employees earlier this week.

“We are optimistic we will be able to get those in,” Saxe said.

The Moderna and Pfizer vaccines are administered in two doses, and the Johnson & Johnson vaccine is one dose. 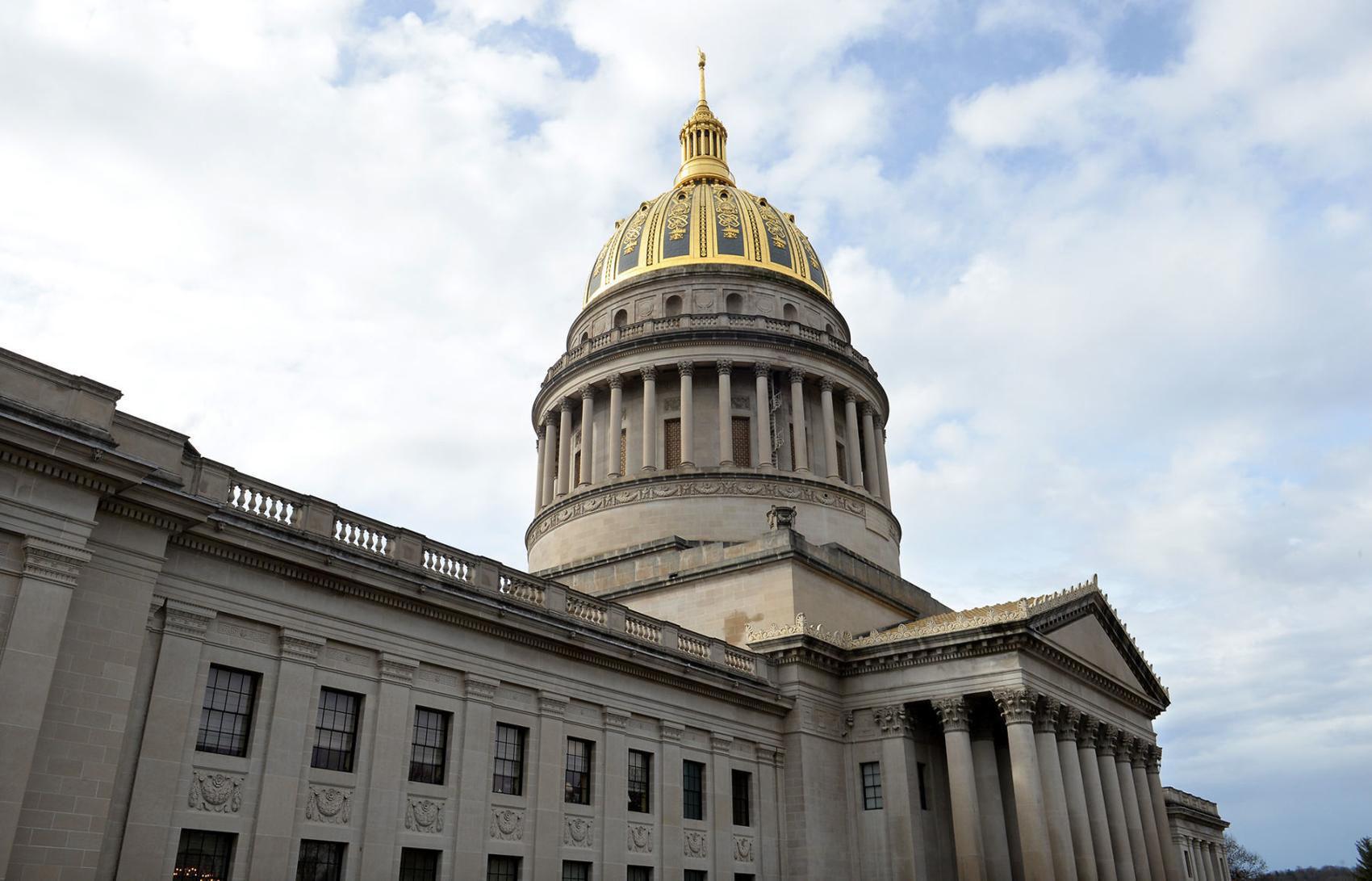 In this Oct. 21, 2020, file photo, Purdue Pharma headquarters stands in Stamford, Conn. Purdue Pharma, which helped revolutionize the prescription painkiller business with its drug OxyContin, is proposing a path to emerge from bankruptcy that calls for it to be transformed into a public trust funneling profits into the fight against the nation’s intractable opioid crisis.

Some state attorneys general and opioid addiction activists pushed back Tuesday against a settlement offer from OxyContin maker Purdue Pharma, saying it didn’t include enough money and goes too far in protecting the company and family members who own it from future liability.

A group of nearly half the state attorneys general said it was disappointed in the plan Purdue filed late Monday night in federal bankruptcy court and some said they would seek changes. The lukewarm reaction from them and others raised doubts about how soon the company could emerge from bankruptcy and begin to compensate victims.

“We think it’s a step in the right direction, but we’ve got a long way to go,” said Joe Rice, one of the lead lawyers representing local governments that have sued Purdue and other companies over the toll of opioids.

The $10 billion plan calls for turning the Connecticut-based pharmaceutical giant into a new company, with its profits going toward efforts to combat the opioid crisis. Members of the Sackler family who own Purdue would contribute about $4.3 billion.

A new public health-oriented arm of the transformed company would produce addiction treatment and overdose antidote drugs, and a trove of company documents would be made public.

Most of the money would go to trusts that would distribute it to state and local governments. They would be allowed to use it only on initiatives that address the opioid crisis, which has contributed to more than 470,000 deaths in the U.S. since 2000.

Tennessee Attorney General Herbert H. Slatery III, a Republican, offered only tentative support Tuesday for Purdue’s plan. He said details remain to be ironed out on exactly how much money will go to state and local governments.

Some activists whose families have been hit hard by opioid addiction are upset about a provision of the plan that would prohibit lawsuits over opioid claims against the company, its owners and others, though protections like this are common in some areas of law, such as class-action cases. The list of who would be shielded from litigation over the toll of opioids was still in the works and not included.

Cynthia Munger, of Wayne, Pennsylvania, said Purdue’s plan is too focused on providing legal protections for members of the Sackler family. Her son is in recovery from an addiction that began more than a decade ago when he was prescribed OxyContin for a shoulder injury as a high school baseball player.

“The bankruptcy plan is a complete travesty!” she wrote in an email Tuesday.

Purdue has been negotiating its future through bankruptcy court for a year and a half with state and local governments, American Indian tribes, groups representing individuals harmed directly by opioids and others. When it filed its reorganization plan late Monday night, Purdue said it has support from many of those interests.

A group representing victims in bankruptcy court is among those agreeing to the plan.

“Today marks an important step toward providing help to those who suffer from addiction,” members of the Sackler family said in a statement. “And we hope this proposed resolution will signal the beginning of a far-reaching effort to deliver assistance where it is needed.”

One of the major changes since Purdue sought bankruptcy protection in September 2019 is that it is now backing a fund to make payments to individuals harmed previously by opioids. Under the plan, victims and their families would share a pool of $700 million to $750 million. Checks would range from $3,500, which most children who were born in opioid withdrawal would receive, to $48,000 for survivors of those whose deaths were linked to OxyContin.

Scott Bickford, a lawyer representing the children, said he opposes the plan filed Monday because it does not spell out the process for determining which of his clients and other victims would qualify for payments.

“They say, ‘We’re not going to tell you who’s eligible and who qualifies,’” Bickford said. “That’s fundamentally unfair.”

State attorneys general have long been divided over whether to support Purdue’s plans, with nearly all the Republicans in favor and nearly all Democrats opposed.

On a Facebook Live video Tuesday, Massachusetts Attorney General Maura Healey, a Democrat, said the payment from Sackler family members was too little. She said it’s possible the family would emerge with more money because of their extended payment schedule of up to 10 years.

“They shouldn’t be allowed to keep their OxyContin fortune and walk away from this richer than they already are today,” Healey said.

In recent letters to a congressional committee, Sackler family members said those who previously served on Purdue’s board of directors had combined net assets of $1.1 billion. That’s just a fraction of the $12 billion to $13 billion family members received in transfers from the company over the years, according to earlier court filings. A lawyer said much of the transferred amount was consumed by taxes and reinvested in the company.

Healey said she intends to try to force Purdue, which pleaded guilty to federal criminal charges last year over its role in the opioid crisis, to amend its plan.

The plan is subject to approval from a bankruptcy court judge. Groups with claims against Purdue can vote on it by July 14, but there is no clear threshold for how much support it needs.

People spend their evening outside on Tuesday, March 16, 2021, at Ritter Park in Huntington.

The Bowens gather on a picnic blanket on Tuesday, March 16, 2021, at Ritter Park in Huntington.

Visitors at Ashland’s Central Park were able to spot several of the bright yellow flowers Tuesday, just one of several ways people in the region were enjoying the warm and sunny day.

The Old Farmer’s Almanac describes daffodils as a hardy and easy perennial that grows in most regions of North America, except in the hottest, wettest areas. They are a fall-planted bulb, so planting them in autumn will result in blooms in late winter or early spring.

Although spring doesn’t officially arrive until Saturday, the springlike weather experienced across much of the Tri-State on Tuesday is expected to continue Wednesday, when the National Weather Service predicts cloudy to mostly sunny skies and temperatures approaching 70.

Thursday will bring the possibility of rain and thunderstorms, with temperatures near 70, while the rain is expected to continue Friday morning. Sunnier skies will return for the first day of spring Saturday and continue through the weekend.

People spend their evening outside on Tuesday, March 16, 2021, at Ritter Park in Huntington.