photos by Sholten Singer | The Herald-Dispatch

HUNTINGTON — A tour group got a closer look at the history in a prominent Huntington cemetery Tuesday evening.

The Greater Huntington Park and Recreation District hosted the first of two Secrets of Spring Hill Cemetery tours. A second date was added for Thursday, Oct. 14, at 6 p.m. after the first was announced a few weeks ago.

The tour includes stops that focus on historical facts, urban legends and noteworthy characters. Participants also learn about the first person to be buried in the cemetery, as well as Civil War soldiers and other important Huntington figures.

The walking tour is free. Attendees meet at the cemetery office before the event begins. The walk is guided by Recreation Superintendent Lauren Patrick and Cemetery Manager Eldora McCoy.

CHARLESTON — Relative to the day before it, Tuesday was a slow day for the redistricting process in the West Virginia Legislature.

The House of Delegates Redistricting Committee approved a proposed congressional map during a brief meeting Tuesday afternoon, while the Senate advanced the bills that establish its proposed state Senate district and congressional maps.

Tuesday was the second day of a special legislative session during which lawmakers are considering legislative and congressional district maps, allocating federal money and taking up other matters as called upon by Gov. Jim Justice.

Tuesday also was the last day of interim committee meetings separate from the special session.

The House’s congressional map proposal solidifies that there is agreement between the two chambers that West Virginia will be divided into northern and southern congressional districts.

There had been debate about whether to split the state into east-west districts or north-south districts, because West Virginia lost a congressional seat this redistricting cycle.

The map the Senate is considering is labeled Trump — Congressional Map 11 on the website.

The difference between the two maps comes down to Ritchie and Pendleton counties.

In the House map, those counties are in the southern congressional district, and they’re in the northern district of the Senate map.

The House’s proposed congressional map is contained in House Bill 302, and it will be in amendment stage when the House convenes Wednesday.

The bills that contained the proposed House district (House Bill 301), Senate district (Senate Bill 3034) and the Senate’s proposed congressional district maps (Senate Bill 3033) are set to be up for a vote with the right for lawmakers to propose amendments Wednesday.

The maps otherwise are in bill form and are subject to the regular legislative process in each chamber.

The House is set to convene at 11 a.m. Wednesday, and the Senate will convene at noon Wednesday.

The West Virginia Senate is considering this congressional map for the Mountain State. The difference between the Senate and the House of Del…

The West Virginia House of Delegates is considering this congressional map for West Virginia. The difference between the Senate and the House…

Marshall University students walk across campus on the first day of the fall semester on Aug. 23, 2021. The school’s Huntington and South Charleston campuses are welcoming presidential finalist candidates this week and next.

HUNTINGTON — A candidate in the search for Marshall University’s next president says she would like to build on the university’s community relations and expand on the type of student demographic it serves.

Kathy Johnson, executive vice chancellor and chief academic officer, Indiana University-Purdue University Indianapolis (IUPUI), joins four others as finalists for the search, which was triggered by current President Jerome Gilbert’s decision earlier this year to not seek a contract extension. 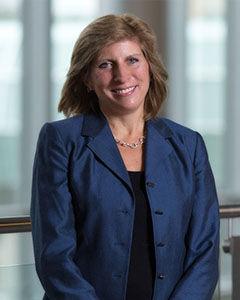 Each finalist has been visiting the Huntington and South Charleston campuses to meet with members of the university community. Johnson is the third of the finalists to visit, with Arulanandam and Danilowicz remaining. Visits are scheduled to wrap up Tuesday, Oct. 19.

Johnson, who considers herself a first-generation college student because her parents pursued higher education later in their lives, grew up in Wellesley, Massachusetts, near Boston, with a younger sister.

She earned her bachelor’s and master’s degrees in psychology at the University of Massachusetts, Amherst. She joked that after following her now-husband to the school without knowing anything about it, the move led her to a successful career.

“I went to school planning to become a physician. I had always been interested in medicine,” she said. “But I ended up taking an honors class my freshman year in child developmental psychology and just kind of fell in love with it.”

She then earned her doctorate in psychology (cognition and development) at Emory University.

Johnson has served as professor of psychology and as dean of University College and associate vice chancellor for undergraduate education, where she led the creation of a Division of Undergraduate Education as well as a number of initiatives aimed at enhancing the quality of the undergraduate experience while also improving on-time graduation rates.

Trained as a cognitive developmental psychologist, Johnson has published extensively in scientific journals in areas related to expertise acquisition and conceptual development.

Johnson said she has always been content with her positions in life, but has been targeted early by those above her as a leader and pushed by her colleagues to the position she currently holds at IUPUI.

Her co-workers said she is a born leader.

Johnson said after 28 years at IUPUI she has loved building deep connections with the community and city of Indianapolis, but when her current boss announced his retirement, she decided to step away. With just one of her four children left in college, she felt it was a good time to make a move.

A friend from early in her career had taken a job at Marshall in the biology department and spoke so highly of the community, the comments stuck with Johnson for decades.

“I remember her talking about Marshall and the climate there, the culture, the friendliness, the facilities, and West Virginia, of course, is such a beautiful state,” she said. “So I’ve always had it in the back of my mind that if a position ever came up there, I might be interested.”

Stephen P. Hundley, the senior adviser to the chancellor for planning and institutional improvement at IUPUI, said by hiring Johnson, Marshall would gain a president who could collaborate well with all involved parties at the university — from board members, students and donors to faculty and staff — for the greater good of the school.

“She is genuine, she is credible with a variety of stakeholders and she is just wonderful to work with, because she gets the job done,” he said. “It’s a pleasure to work with her.”

Marshall is poised to be a model of a research intensive university that both serves the needs of its community and offers excellent academic programs for students, Johnson said.

An expansion on recruitment from neighboring states, as well as on Marshall’s international student programs, would be great, she added. Marshall having both schools of medicine and engineering puts it in a unique position to entice STEM students from those demographics, she said. She also showed excitement about Marshall’s new flight school.

Johnson said IUPUI has a Carnegie designation as a community engaged campus and she believes that designation would benefit Marshall. She said students gain professional skills when they are out working on programs that help the community in which they live.

“I want the city to be an extension of every one of our students’ learning experience,” she said.

Johnson said her life has been focused on exercise, family and community. While that leaves her without much free time outside of work for hobbies, she loves to run and bike. Johnson and her husband are also licensed foster parents and have cared for babies over the past few years after they realized they missed having young children in their life.

“We actually got involved because we knew of families that had either succumbed to addiction or lost children to the foster care system,” she said.

She would like to see Marshall increase its involvement in fighting substance use disorder, she said, such as through its addiction science program.

Hundley said Johnson has a strong set of values built around diversity, equality and inclusion, and makes sure her institution’s actions are aligned with and supportive of student learning, with the faculty, staff, alumni and students all joining in on that goal.

While she sits in an administrative position at IUPUI, Hundley said Johnson leads by example and is hands-on with her position, which is what makes her so poised to become a university president.

“She makes time to teach classes, to mentor students and to engage with the student experience, and it demonstrates her commitment,” he said. “It also shows leadership by example, and it gives her a sense of keeping a pulse on what’s happening.”

As someone who has only seen Huntington through the movie “We Are Marshall,” Johnson said she’s excited to see Huntington and the Marshall community in real life.

“Everything I read seems to suggest that it’s beloved both for the arts and culture and the athletics that it brings,” she said. “But I’d also love to hear the community’s … thoughts about opportunities for growth as well, and ways that the university can help the community.”

If selected, Johnson would be the first woman to lead the university.