Terri Bradley and 10-year-old Jacob Bayes check in as they arrive for an open house at Central City Elementary School on Thursday, Sept. 3, 2020, in Huntington.

HUNTINGTON — Students at Central City Elementary School were able to meet their teachers for the upcoming school year in a safe and socially distanced manner Thursday.

The Huntington school hosted two drive-thru open-house events Thursday, during which welcome packs and other information were distributed to students.

Students who will begin the school year virtually were given their packets during the drive-thru event, receiving the information from the safety of their vehicle, while students who are attending school in person and virtually took part in the event on the school’s playground.

The first day of school for students in Cabell County is Tuesday, Sept. 8.

The 1937 Flood, from left, harmonica player Sam St. Claire, fiddle player Joe Dobbs, Dave Peyton on the auto harp and Charlie Bowen on the guitar, perform at the YWCA. Peyton, a founding member of the popular local band, died Wednesday at 76.

HUNTINGTON — Some people’s lives are too large to describe in one word, one sentence, one paragraph or one newspaper-length article.

Such a life was the one lived by Dave Peyton, a former reporter and columnist for The Herald-Dispatch and Huntington Advertiser who died Wednesday at 76. Peyton left behind his wife, Suzy, and son, Dave Jr. He also left behind a legacy and a fandom in journalism, music and life.

Hundreds of people took to social media and elsewhere after hearing Peyton had passed away. The words “icon” and “giant” described his place in West Virginia journalism.

“From his thoughtful columns to his marvelous music and his great sense of humor, he was a wonderful man!” wrote Jackie Jadrnak, who worked at the Advertiser with Peyton in the late 1970s.

In an interview Thursday afternoon, Charles Bowen, a colleague of Peyton’s at the Advertiser and Herald-Dispatch and in other endeavors, said, “The thing about Dave for me, Dave was my hero.”

It started when Bowen was working in Lexington, Kentucky, and his wife-to-be, Pamela, was working at the Advertiser.

“Before I ever met Dave Peyton, Pamela would send me these clippings of this remarkable writer. … He was already doing what I wanted to do. I got an internship and they put me at a desk across from Peyton. It was like being across from Hemingway.”

Awe turned to a close friendship that lasted decades.

“A lot of what Dave could do I don’t think anyone else could do because it was magic. He had all the fundamentals,” Bowen said.

Those fundamentals, coupled with a try-almost-anything attitude, led to some of Peyton’s memorable moments. In 1988, Peyton began a write-in campaign to get his dog Fred elected governor of West Virginia. Newcomer Gaston Caperton defeated incumbent Arch A. Moore Jr. in that contest. Peyton liked to say Fred got the most votes among losing candidates who were not indicted.

Peyton said Moore didn’t like Fred, and Fred didn’t like Moore. Fred was an excellent judge of character, Peyton liked to say.

When Bob Evans Farms at Rio Grande, Ohio, had a chicken-flying contest for a few years, Peyton entered a chicken of his own — Harold Dee Scratch.

Peyton was an ordained minister in the Universal Life Church, which offered ordinations through advertisements in the back of magazines and tabloids. He was empowered to officiate at weddings and funerals in West Virginia, which he did.

During at least one session of the Legislature, he registered as a lobbyist — the people’s lobbyist — and handed out MoonPies and RC Cola to lawmakers he thought did a good job for the people.

He was a thorn in the side of televangelists and coal companies, both of which he detested. Peyton often wrote that the discovery of coal was probably the worst thing to happen to the state.

And he was probably the most popular and most unpopular writer in the 111-year history of The Herald-Dispatch. Readers loved him and hated him. Sometimes both, depending on what he wrote on a particular day.

One thing Peyton loved was Appalachia and West Virginia in particular. One of his favorite columns, and a favorite of his readers, was a memory of his grandmother and a cow named Pet.

Before all that, though, Dave was a reporter. He was on the scene of disasters such as the Marshall University plane crash, the Silver Bridge collapse and the Buffalo Creek flood. As a columnist, he often attended events to get a firsthand view.

Peyton was a member of the Marshall University journalism Hall of Fame, and he won a Best of Gannett award for Outstanding Individual Achievement in 1999.

He was also a musician and founding member of the popular local band The ’37 Flood. Bowen said he expects to have a 40-minute video tribute to Dave’s music on the internet this weekend.

Just about everyone who knew Dave has a story. Bowen told one that Peyton liked to relate what happened in 1968.

In April of that year, Marshall had what it called Impact Week. It brought national figures to campus for events. One day, Allen Ginsberg and Dick Gregory spoke. That evening, entertainment was provided by the Chad Mitchell Trio. That was after Chad Mitchell had left the act bearing his name. He was replaced by a young singer by the name of John Deutschendorf Jr.

Dave organized a party at his house on Mount Union Road that night and invited Ginsberg and the Trio. They accepted. Years later, Dave was on the phone interviewing Deutschendorf before he came to Huntington for a concert under his new stage name, John Denver. Dave asked Denver if he remembered him from the party.

“Is that the one that Allen Ginsberg was at? Far out!” Denver said.

And so the stories go.

Peyton met and worked with many young reporters over the years in a newsroom that was like a family. As one reporter described it, one big, happy, dysfunctional family. Peyton was one of the elders of the staff and often helped newcomers.

Dave’s supervisors often didn’t know what to do with him because he was so different, Bowen said. In the years when The Herald-Dispatch was owned by Gannett Co. Inc., Peyton, like many other old-timers, found many corporate directives he didn’t like. The difference was that Peyton often voiced his displeasure or mocked directives he thought were pointless.

At the heart of Peyton’s gift as a journalist, Bowen said, was compassion.

“He had this great compassion for people, and he could get people to tell their stories,” Bowen said. “Dave never came across as using people.”

Dave Peyton, a former reporter and columnist for The Herald-Dispatch and the former Huntington Advertiser, died Wednesday. 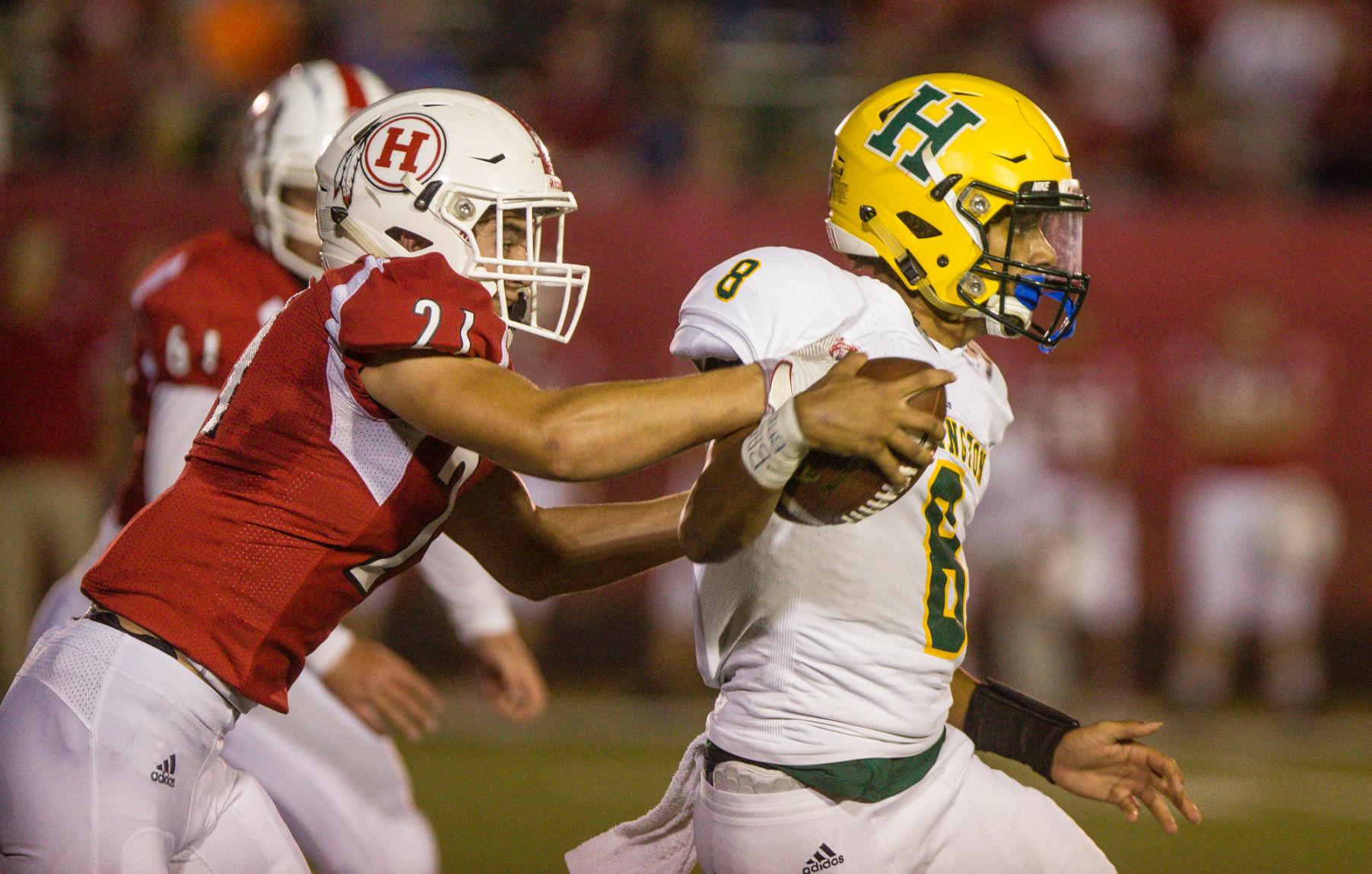 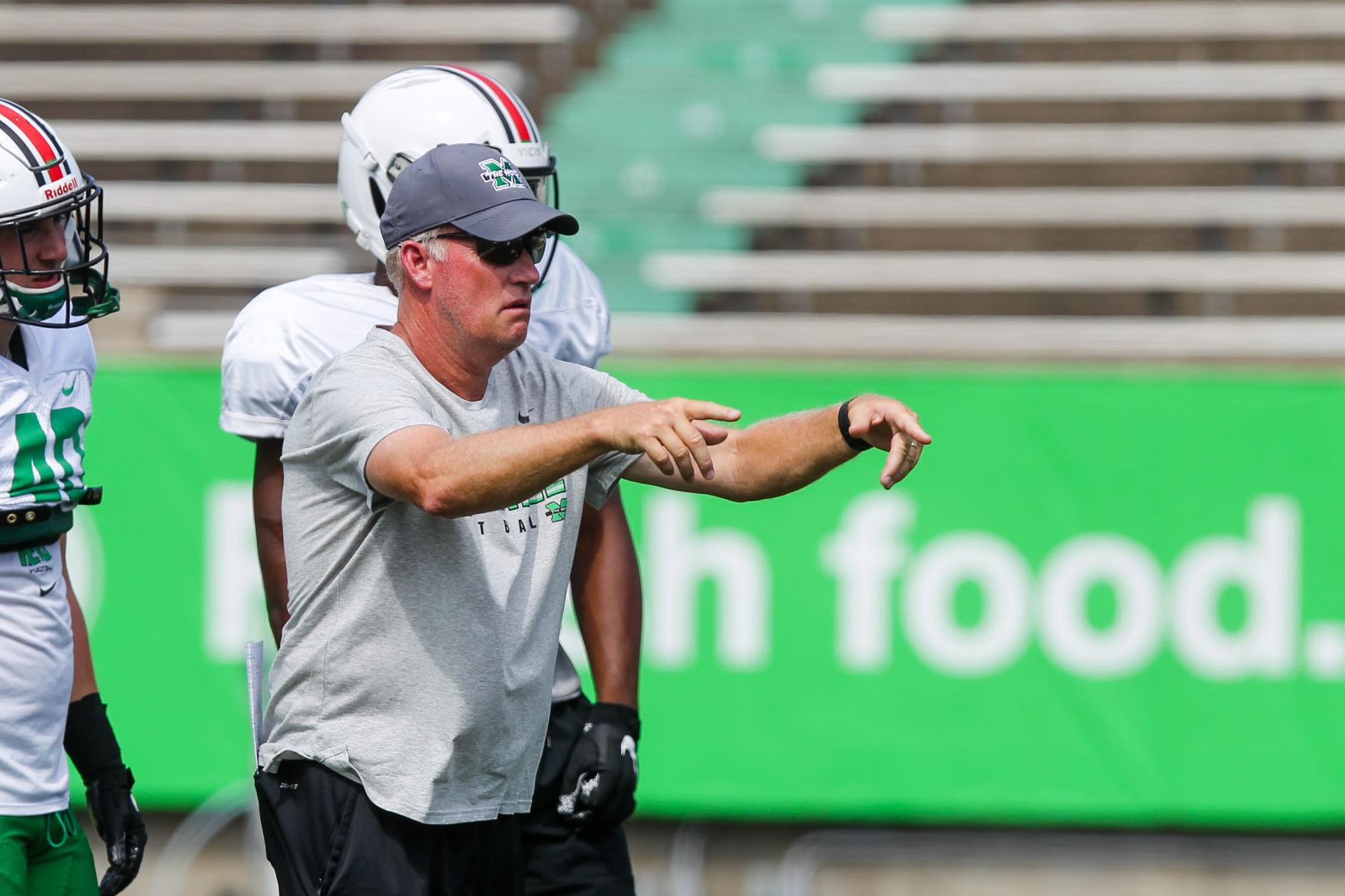 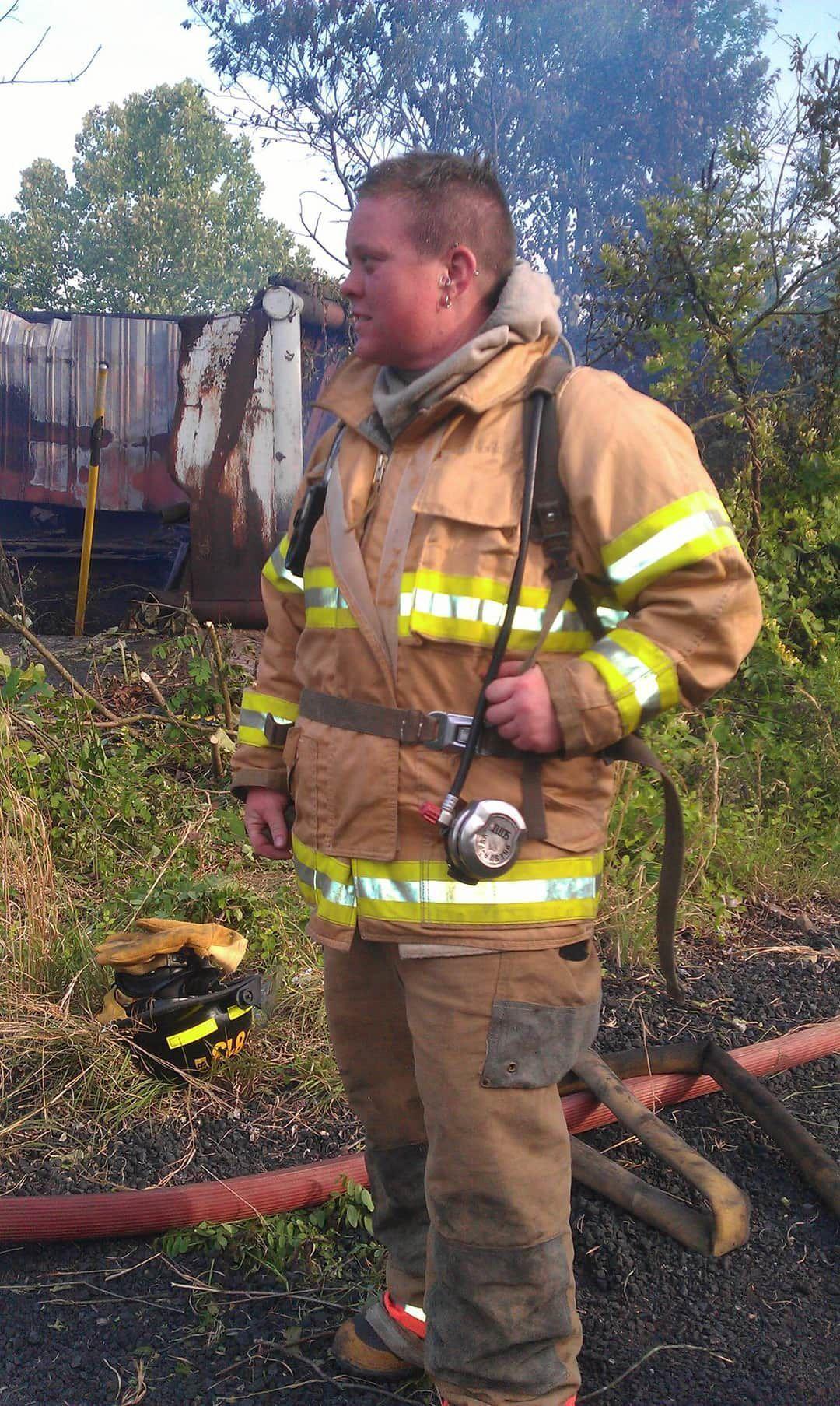 Kim Dutey has been named chief of the Hamilton Township Volunteer Fire Department. She is the first female township fire chief in Lawrence County.

CHARLESTON — Citing deficiencies in reliable internet connectivity in West Virginia, Gov. Jim Justice announced Thursday he is signing an executive order removing a barrier to a high-dollar and “game-changer” investment in broadband.

West Virginia is eligible to receive up to $766 million in broadband infrastructure through the program, which identified 121,000 households in the Mountain State that don’t have internet service and are eligible to be connected, Senate President Mitch Carmichael, R-Jackson, said at a news briefing Thursday.

The executive order removes the $50 million regulatory cap on the broadband infrastructure loan insurance program, which gives the state more flexibility to offer performance bonds to companies that bid on census tracts in the state, Justice said.

“The caps must be removed because they are preventing the state from responding to the emergency that we have on hand … that, if we had broadband now, we would be able to be serving our citizens in a lot better way,” he said.

But “before a dollar is spent” on the project, Justice said he will have legislation proposed during the next session to establish future caps. If West Virginia can secure bids, construction is expected to begin in February, Justice said.

The governor said it is a bipartisan effort to get the state organized and fully behind the program.

“Everybody has come together with the ideas. This is anything but a Jim Justice idea in its entirety,” he said. “I just see the beauty in this gigantic deal for West Virginia.”

Del. Daniel Linville, R-Cabell, a member of the state Broadband Enhancement Council, said that, unlike past programs, the key component of the rural digital fund is there are penalties for companies that don’t follow through on their promises.

“If a provider wins the bid on that census block, they are bound to provide service to every single home inside of that census block,” Linville said. “So, if they do not do that, there is a significant and substantial (financial) penalty.”

On top of the potential $766 million the state could receive, Linville said, there is still room for private investment, if companies are willing.

State Auditor JB McCuskey said the program creates a fiscally responsible way for West Virginia to make such a significant investment in one utility.

“What this does is it uses the power of the government not to spend its money, but to make sure that private money is investing where it needs to be invested so that our state can move forward,” he said, “and that we’re leveraging the value of private capital to make incredible infrastructure investments in West Virginia.”

The $50 million in federal CARES Act funding Justice allocated for broadband will be put toward the areas of West Virginia that aren’t eligible under the FCC program, but still remain unserved or lack reliable connectivity.

State officials and legislators at the briefing said the COVID-19 pandemic has spotlighted West Virginia’s digital divide and that, for things like distance learning, telehealth, working from home and e-commerce to be available for all citizens in the future, a project of this scale is needed now.

“We’ve got to provide (our students) with that safe alternative opportunity … or we’re going to lose a generation,” he said, “and we cannot afford to do that.” 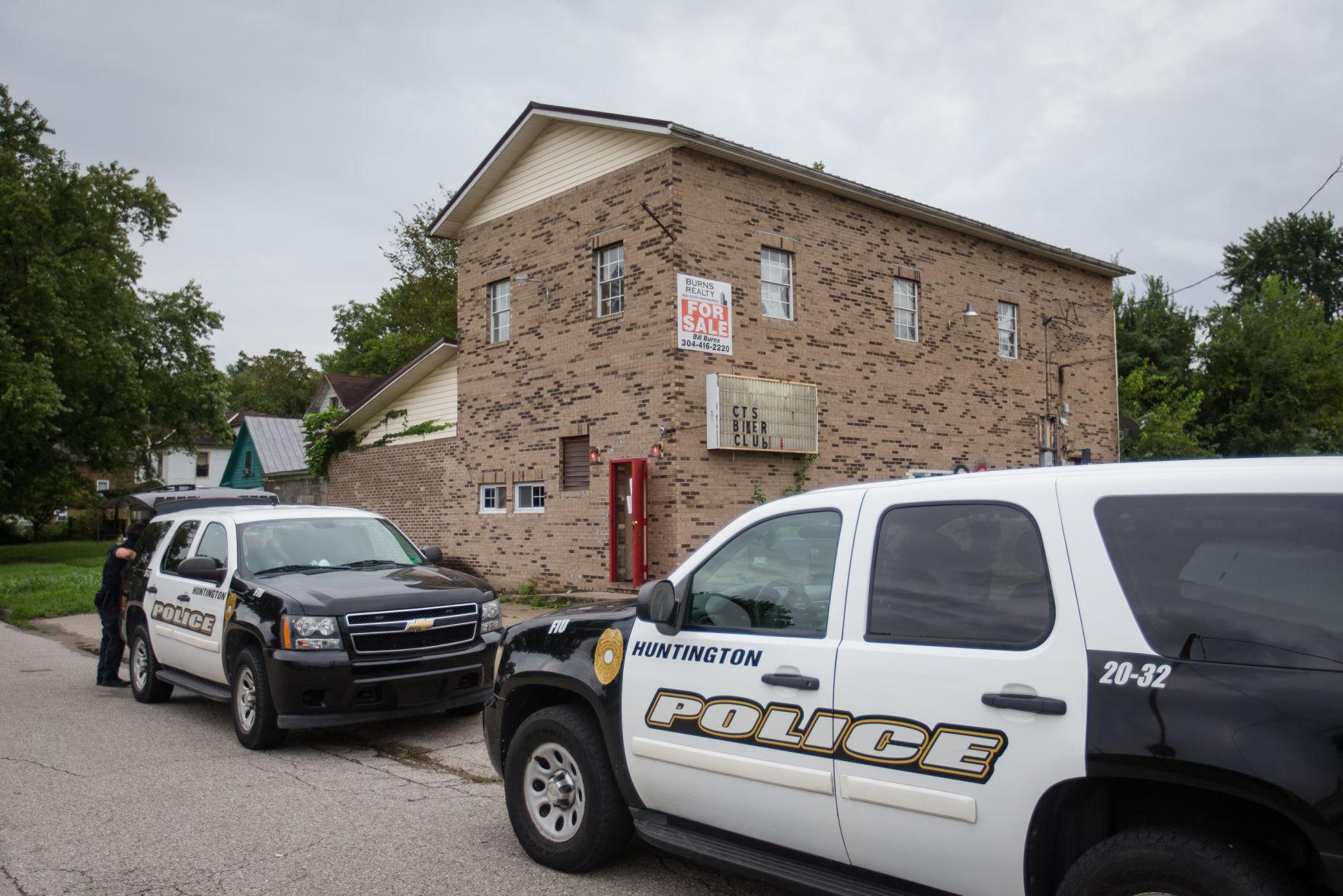 Huntington police officers investigate the scene of a double homicide at the former Gary’s Place bar on Thursday, Sept. 3, 2020, in Huntington.