West Virginians are lagging behind the rest of the nation in returning census forms. That could cost the state money from the federal government, and it could cause some counties to be underrepresented in the state Legislature.

Those are good questions. It’s the job of the Census Bureau to answer them, and so far the process has not worked well.

A poor response rate to this year’s census questionnaires combined with a method that favors urban areas over rural ones plus a temporary shutdown of door-to-door surveying caused by the coronavirus could mean West Virginia’s population will suffer a severe undercount when final numbers are released this fall.

As reported by Caity Coyne in this past weekend’s editions of the Charleston Gazette-Mail and The Herald-Dispatch, West Virginia’s response rate to the 2020 census trails a majority of the country.

Only 53.3% of West Virginians have completed the census, according to data from the U.S. Census Bureau. Only Alaska, Maine, New Mexico and Puerto Rico have a lower participation rate.

If the response rate doesn’t increase, West Virginians have a lot to lose, said Carey Jo Grace, an organizer with Our Future West Virginia, who is leading the group’s census campaign.

“West Virginia is one of the states that is most heavily dependent on federal funding, and a lot of that funding — roughly $7 billion or so — is, right off the top, based only on our census data and our population and demographics recorded by the census count,” Grace said. “If we don’t count every person, we lose out on real dollars. There’s a real effect.”

As of Friday, Jefferson County had the state’s highest percentage of census participation, with 68.1% of residents there responding. McDowell County, with 22.5% responding, was last in the state.

In McDowell and other rural counties, areas not easily accessible make door-to-door visits difficult, Grace said. Those areas also tend to have limited internet access, which further complicates the effort since this is the first time the census is being conducted mostly online.

Limited internet access is a problem. Tied in to that is that West Virginia’s population tends to be older than the national average, and many older people just don’t use the internet as much as younger people.

In McDowell County, hundreds of census mailers never made it to residents, as the federal agency used physical addresses — which in many rural communities aren’t used for mail — instead of post office boxes. Census mailings do not contain the resident’s name, just an address.

This all adds up to a problem whose effects could last until the next census in 2030. Nationally, more is at stake than the disbursement of money through federal programs. The census determines how many members West Virginia and other states will have in the U.S. House of Representatives for the next decade. And that is the basis of each state’s number of votes in the Electoral College for the election of the president in 2024 and 2028.

Inside states, the census determines how legislatures apportion districts. In West Virginia, that means the House of Delegates and the State Senate.

Bottom line: If you want your area to have influence and access to programs that help people in need, make sure every person is counted. Time is running out. Your state and your community need your cooperation.

Opinion
Letter to the editor: Consider your Christian reaction to 'Black Lives Matter'
06.30.20

When you hear or see “Black Lives Matter,” what is your first thought? If you profess to be a Christian and you are white, I want to encourage you to filter your response using Psalm 139:23-24.

Does your response change? The writer of this psalm is asking God to search his heart and see if there is any hurtful thought and then lead him into the right way of thinking and responding.

Christianity inspires humility. Jesus is the personification of humbleness, and his ultimate act of humility allows people to choose to become Christian. God knows our limitations and wants us to seek His guidance.

If we’re dismissive of any human, we’re not allowing God to work within our hearts and we risk not representing God’s love to others. Please consider that for a minute.

What filter are you allowing to direct your response?

Dr. Thomas Sowell has been both a friend and a colleague of mine for over a half-century. Today he will have completed his 90th year of life, and I want to highlight some important features of that life.

Sowell was born in Gastonia, North Carolina, in 1930. As part of the great black migration northward during the 1930s and 1940s, he and his family moved to Harlem, New York. Sowell attended the prestigious Stuyvesant High School but dropped out. In 1951, he was drafted into the military and assigned to the U.S. Marine Corps, where he became a photographer. Photography remains his hobby today.

As Sowell explains in his autobiography, “A Personal Odyssey,” for most of his time in college, he considered himself a Marxist. After studying the effects of a variety of government regulations such as the minimum wage law, Sowell concluded that free markets are the best alternative, particularly for disadvantaged people.

Sowell taught economics at several universities including Howard University, Rutgers, Cornell, Brandeis University, Amherst College and UCLA. Since 1980, he has been a senior fellow of the Hoover Institution at Stanford University, where he holds the Rose and Milton Friedman fellowship. By the way, Nobel laureates Milton Friedman and George Stigler were two of Sowell’s tenacious mentors as a student at the University of Chicago.

Most academics do not publish that many scholarly articles in a lifetime. And, in addition, Sowell has written 56 books. A full list of his publications can be found on his website.

Sowell’s writings do not end with scholarly publications and books. He has authored 72 essays in periodicals and books, wrote 32 book reviews and was a regular columnist for Creators Syndicate for 25 years, Forbes magazine for eight years, Scripps Howard News Service from 1984 to 1990, and the Los Angeles Herald-Examiner from 1978 to 1980. My colleague not only writes when you and I are asleep or enjoying ourselves, but he might write with two hands.

Sowell cares about people. He believes that compassionate policy requires dispassionate analysis. He takes seriously the admonition given to physicians, “primum non nocere” (first, do no harm). In many respects, Sowell is an Austrian economist like the great Nobel laureate Friedrich Hayek, who often talked about elites and their “pretense of knowledge.” These are people who believe that they have the ability and knowledge to organize society in a way better than people left to their own devices — what Hayek called the fatal conceit. Their vision requires the use of the coercive powers of government.

In my book, Thomas Sowell is one of the greatest economist-philosophers of our age, and I am proud to say that he is one of my best friends. Sowell demonstrates something that is uniquely American; namely, just because you know where a person ended up in life, you cannot be sure about where he started. Unlike many other societies, an American need not start at the top to get to the top. That is something all Americans should be proud of and jealously guard — the socioeconomic mobility that comes from a relatively free society.

It did not have to be this way.

I’m talking about two very painful phenomena of our times: First, the coronavirus pandemic, which spawns the disease known as COVID-19 and has already led to 126,000-plus American deaths. Second, the resultant economic devastation — 40,000 jobs lost — and need for more than $3.5 trillion in bailout money—added to our national debt.

By and large it feels like many Americans have succumbed to a spirit of fatalism, murmuring in effect, “Aw geez, just knew something bad was going to hit us. We were overdue for this. Just have to learn to live with it.”

Or else a spirit of denial: “Man, this is just another flu. Media has overblown this so-called crisis. Idea of wearing a mask everywhere just makes me crazy — not going to do it. We never should have shut down our economy over this thing. Besides, it’s all a plot to take down President Trump.”

Fortunately there is a realistic centrist position on the virus. Pay attention to the science. Trust the state health departments. Match up to the precautions that are recommended. I’m in that group, and I wish there were more of us.

Asian societies, on the whole, have outperformed North America, South America and Europe. By a lot. They had the same novel coronavirus we were hit with, in countries such as Singapore, Taiwan, South Korea and Japan. And did leagues better. Here are some numbers from late June:

Compare those countries to the U.K., France, Italy and the United States.

What did the Asian societies do differently?

Unlike the four western nations cited, the Asian countries adopted a culture of universal wearing of masks or other face coverings, respecting social distancing in public places, testing and quarantining. They also did not hesitate to do a “hard shutdown” of their economies, mostly for a six-week (or so) period.

Perhaps because they were geographically closer to China, where the virus originated in the city of Wuhan, they took the highly dangerous rate of infection more seriously . They also saw how terribly their societies would suffer if strict precautionary measures were not implemented and were not observed universally.

Hardly anybody cried “Scam!” or lambasted the government for ordering tough measures, including shutting down bars, restaurants, stores and both indoor and outdoor gatherings. As a whole, the people in each Asian country bent to the task of vanquishing the virus. And they succeeded.

The numbers cited above tell the story. Currently, in our country, the Centers for Disease Control and Prevention (CDC), Johns Hopkins University Medical Center, and the University of Washington Medical Center, who all monitor the virus’ rise and fall in our 50 states, are seeing coronavirus surges in most of the country. For our part, let’s pay attention to the scientists. And prepare, with heart and soul, to follow their guidelines. To the letter. 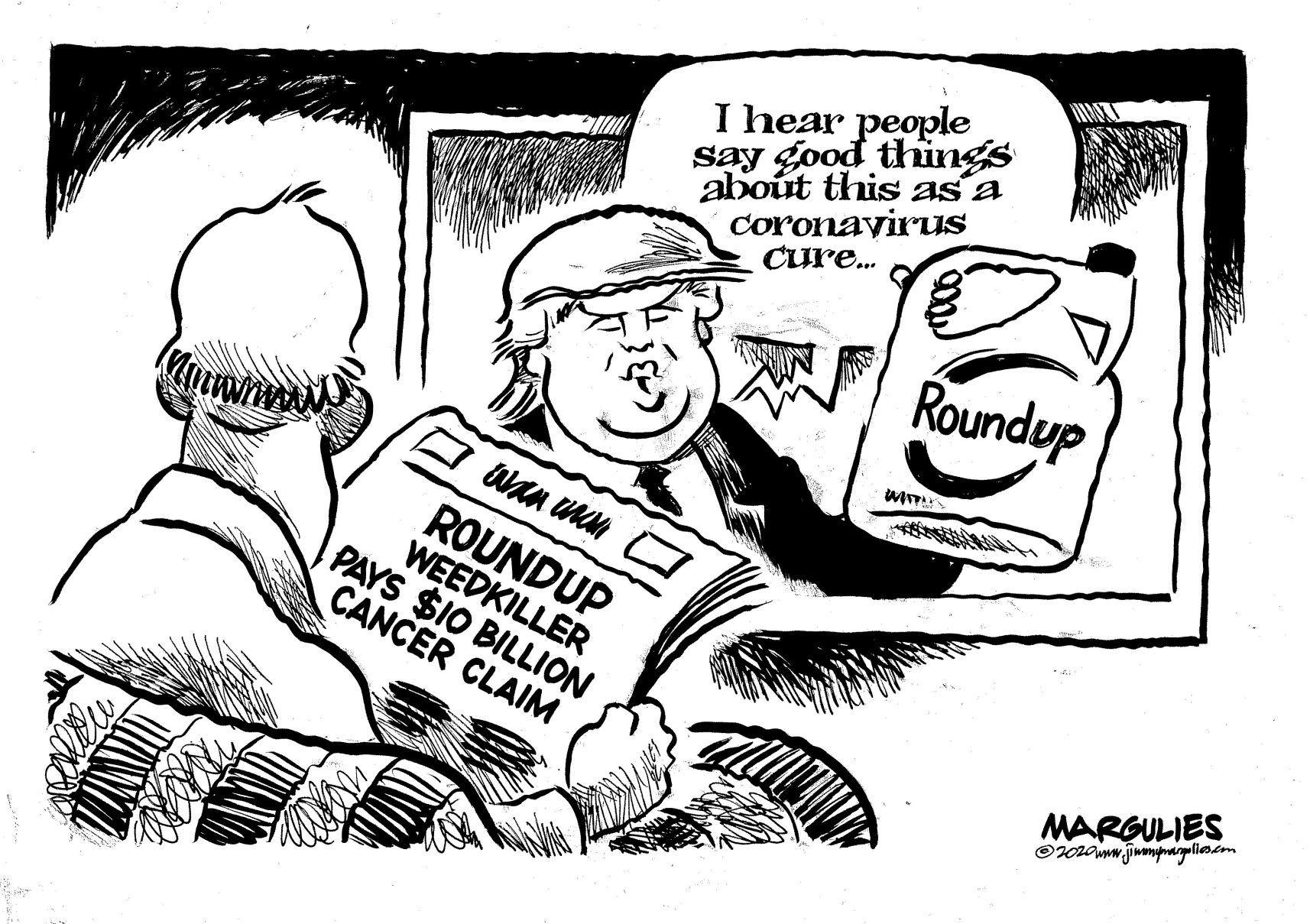