Opinion
Editorial: Cities do what state won't in antidiscrimination effort

What limits should exist for employers, coaches and others in positions of authority in determining what lengths or styles of hair that others may wear?

It would seem that in modern society, the answer would be few — outside of health, safety and similar limits. But it’s one that is being addressed at the local level now that the Legislature has decided to ignore it on the state level.

Wednesday evening, the Charleston City Council unanimously adopted its version of the CROWN Act ordinance — Create a Respectful and Open World for Natural Hair. The ordinance amends the city’s human rights code section to include protection for hairstyles such as braids, locks or twists. The ordinance prevents employers, businesses, agencies, organizations and others from firing, denying services or discriminating against people solely for their hairstyle or hair texture.

As explained by HD Media’s Joe Severino, the CROWN Act movement started in Beckley in December 2019 when a Woodrow Wilson High School basketball coach told a freshman player, Matthew Moore, 14, that his dreadlocks were not “neat” enough and needed to be cut off.

CROWN Act supporters tried to get protection for hairstyles through the Legislature last year and this year, but they were unsuccessful both times. Charkera Ervin, a community organizer in Mercer County, decided to take the effort down to the local level.

“The importance of us doing it at the local level is that, you know, people on the local level can be so much more reasonable,” Ervin told Severino. “Obviously, everything at the statehouse gets politicized.”

Charleston is the third West Virginia city to enact a CROWN Act ordinance this year, following Morgantown and Beckley. Jennifer Wells, a community activist in Cabell County, said efforts are ongoing to see that a similar ordinance is enacted in Huntington.

Delegate Danielle Walker, D-Monogalia, has introduced the CROWN Act in the Legislature in the previous two sessions. Serving as West Virginia’s only Black female lawmaker, Walker said to expect the bill back as many times as it takes.

“The CROWN Act will be introduced every year until it is passed in the state of West Virginia,” Walker told Severino. “It is a real discrimination that many West Virginians face each and every day.”

Given the diversity in today’s world, it’s a mystery why this is an issue at all. Dress codes and hairstyles are not as rigid as they were in previous generations. Hair is another way for a person to express himself or herself. Tattoos are mostly accepted now. Why not hairstyles? Braids, dreadlocks and similar styles can be as attractive as any other. So what’s the real problem here?

This is one of those things that really shouldn’t require a law, but sometimes it does. 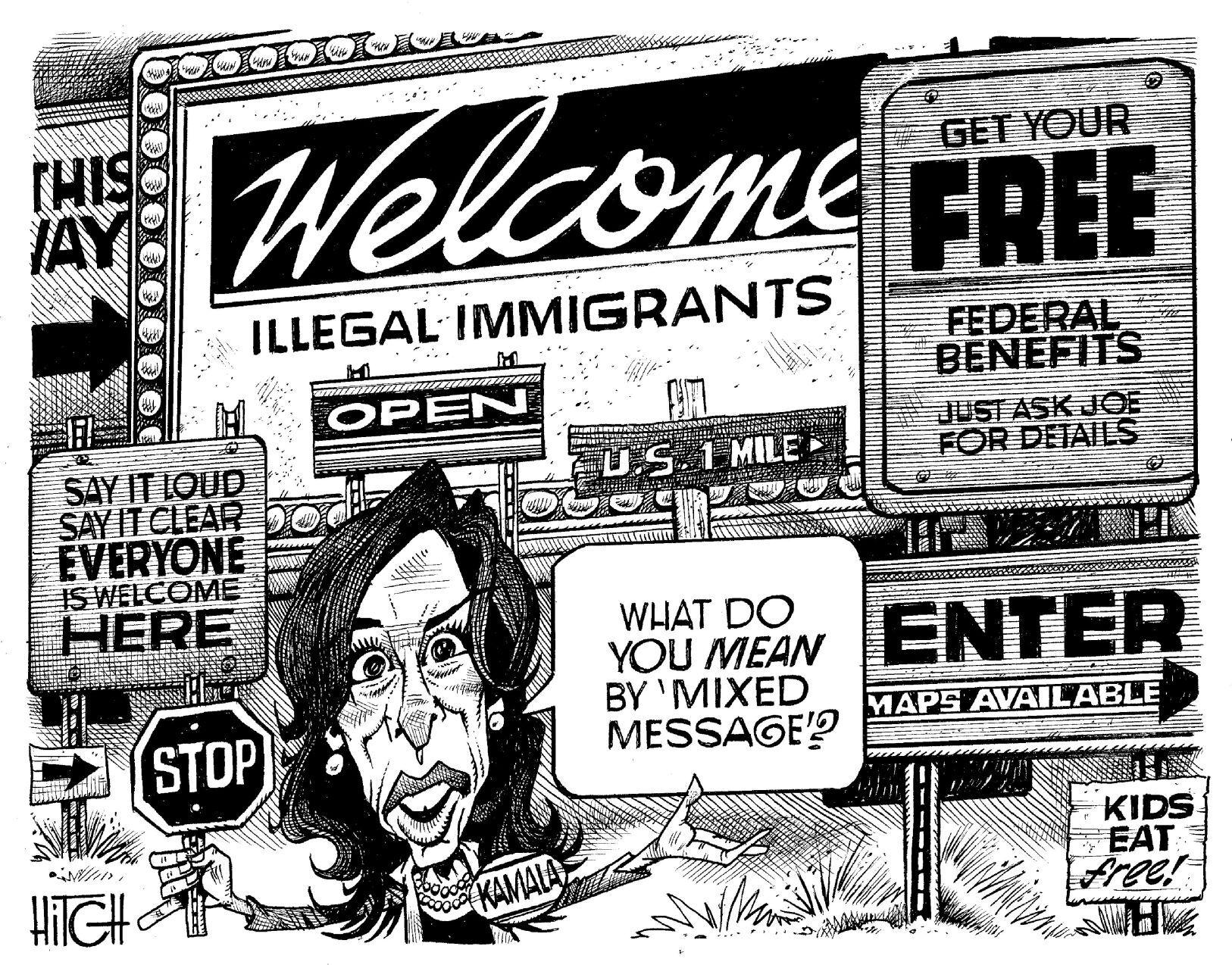 Opinion
Diane Dimond: Reimagining Our Police Forces: What Is It We Need?

Bill Bratton has been the police commissioner of three major cities: Boston, Los Angeles and New York. When asked recently about the value of cops, Bratton, 73, said: “They are the glue that literally holds society together. They are an essential element of a successful democracy.”

I agree. But we have come to a place now where we need to decide if police are our guardians or our warriors.

In 1990, Congress allowed the Department of Defense to pass on surplus military equipment, including armored vehicles, high-caliber weapons and flash-bang grenades, to individual police departments. Some 11,500 local agencies have gotten over $7.4 billion worth of military gear. President Joe Biden ended the practice, but our police are now quasi-military-ready, which gives some the impression that they are more of an invading force than public safety officers.

Maybe it is time to try something different.

For many decades, American police officers have been trained as warriors, instructed to shoot a perpetrator’s center-mass torso area if they perceive a danger to the citizenry or themselves. Today, many cops, especially those serving in crime-riddled major cities, could rightfully describe their work as life-or-death and their workplace as a battlefield. But are they inadvertently adding to the tension?

We should all appreciate that police officers today are asked to be so many things — a guardian, a warrior, a first responder and a mediator between domestic partners, warring gang members, drug addicts and citizens suffering all sorts of mental health issues. Is your job description that vast?

Besieged and underappreciated cops are resigning or taking early retirement in record numbers. Violent crime is up in almost every major city. Yet there are still foolish calls to defund the police. Something has to change to break this cycle — but what exactly?

Currently, new officers go through an average of six months of police academy training before they can be sworn in. That time likely needs to increase, and courses should be added to better train recruits as to when to choose de-escalation before resorting to deadly force.

Some might snicker at that suggestion, but research shows de-escalation techniques work. Police in Newark, New Jersey, didn’t fire a single shot last year after its officers underwent this training. Use-of-force incidents showed significant drops after de-escalation instruction in San Francisco (down 24%), Cleveland (down 32%) and Louisville (down 28%). Instead of responding to fraught events by shouting orders and with guns drawn, officers are taught to take cover, talk patiently with the suspect and try to establish a bond to reach a peaceful solution.

This will require a whole new mindset for some cops, but the change means fewer injuries and deaths for both officers and civilians.

Also, more attention and manpower ought to be deployed to known high-crime areas. Crime stats show violence tends to be geographically centralized. In Chicago, New York, St. Louis and other big cities, just a few low-income Black and Hispanic neighborhoods have suffered the brunt of violence and skyrocketing homicides. More undercover intelligence and precise SWAT-like operations to combat this should be a top priority. Residents there don’t support defunding police — quite the contrary.

How to help reduce the stress for officers? Studies show a considerable number of 911 calls are for people suffering a substance abuse or mental health crisis. When a uniformed and armed officer arrives at such a scene, the situation can become inflamed. So Congress has just approved a $1 billion/10-year federal program to help communities create mental health teams who are trained to handle these unpredictable calls for help. This could go a long way in taking the pressure off police who are frequently ill-trained to handle such situations.

One of the best things we the public can do is wave off the horrid rhetoric that police are the enemy. They decidedly are not.

Opinion
Marc A. Thiessen: Democrats need Manchin more than he needs them

WASHINGTON — Democrats are furious with Sen. Joe Manchin III, D-W.Va., for announcing that he will oppose what he called their “partisan voting legislation” and that he will “not vote to weaken or eliminate the filibuster.” Rep. Mondaire Jones, D-N.Y., tweeted that Manchin was voting “to preserve Jim Crow,” while Rep. Jamaal Bowman, D-N.Y., called Manchin “the new Mitch McConnell” who threatens to block Democrats’ entire agenda. Even President Joe Biden publicly laid into Manchin last week, declaring he can’t get more done because Manchin is one of “two members of the Senate who vote more with my Republican friends” (the other is Sen. Kyrsten Sinema, Democrat of Arizona).

Democrats should be careful; their Senate majority rests in Manchin’s hands. They need to decide: Do they want Manchin to be their party’s John McCain, R-Ariz. — a maverick who went his own way on issues but stayed within the party fold? Or do they want Manchin to become their party’s Jim Jeffords, the Vermont Republican who became the first senator in history to hand Senate control to the opposition by switching parties?

In May 2001, Jeffords announced he was leaving the GOP to caucus with the Democrats.

Then, as now, the Senate was split 50-50 — which meant his defection put Democrats into the majority. “Increasingly, I find myself in disagreement with my party,” he said in explaining his decision.

“In order to best represent my state of Vermont, my own conscience and the principles I have stood for my whole life, I will leave the Republican Party and become an independent.”

Do Democrats want to hear Manchin utter similar words? Then keep right on attacking him.

In resisting their radical agenda, Manchin is simply representing his constituents. West Virginia is one of the reddest states in the country — so red that its Democratic governor, Jim Justice, switched parties in 2017. If Manchin chose to do the same, he would be welcomed by the Senate Republicans with open arms.

Instead of complaining that Manchin threatens their far-left policies, Democrats ought to recognize that voters did not give them a mandate to pursue so radical an agenda. They elected an evenly split Senate and gave Democrats a narrow majority in the House — one they are in danger of losing in 2022. The normal reaction to this outcome would be to follow Manchin’s advice, temper their demands and reach across the aisle. Instead, Democrats are acting like they won in a landslide, trying to ram through extreme partisan bills. If they had an actual mandate to do this, one conservative West Virginia Democrat would not be able to stand in their way. Rather than railing about Manchin, they should moderate their agenda and seek bipartisan compromises with Republicans that Manchin can support.

The fact is, Democrats need Manchin more than he needs them — not just to preserve their Senate majority, but also to stop their party from falling over a left-wing cliff. Some elected Democrats are quietly uncomfortable with the leftward lurch of their party, but they’re afraid to push back for fear of provoking a progressive primary challenge. Manchin provides them cover. For example, the Biden administration’s proposal to raise the corporate tax rate to 28% is opposed behind the scenes by multiple Democrats, including Sinema and Sens. Mark Warner (Virginia) and Jon Tester (Montana) — but Manchin takes all the heat. When Sen. Bernie Sanders, I-Vt., forced a vote on a $15 minimum wage — even though Manchin’s opposition made the vote moot — six Democrats and Angus King, I-Maine, joined Manchin in voting no. They much prefer it when his opposition stops such votes from ever taking place.

Manchin serves as the lightning rod that attracts all the left-wing anger and allows other moderate Democrats the luxury of remaining silent, which is why they are silently grateful to have Manchin in their ranks.

So, what might persuade him to defect to the GOP? The biggest obstacle might be Donald Trump’s popularity in West Virginia. Trump won the Mountain State by a nearly 70-30 margin in 2020, and Manchin voted to convict him in both of his impeachment trials. Republicans would have to convince Manchin that handing Senate control to the GOP would absolve him of that sin. House Republicans’ decision to remove Rep. Liz Cheney, R-Wyo., from leadership, and Trump’s promise to defeat disloyal Republicans, doesn’t help. Manchin would need to be convinced that he has a better chance of getting reelected in 2024 as a Republican.

Until Republicans can do so, he’s likely to remain a Democratic maverick. And Democrats should be grateful if he does. The more they make Manchin feel unwelcome, the more likely it is he will follow in Jeffords’ footsteps rather than McCain’s.