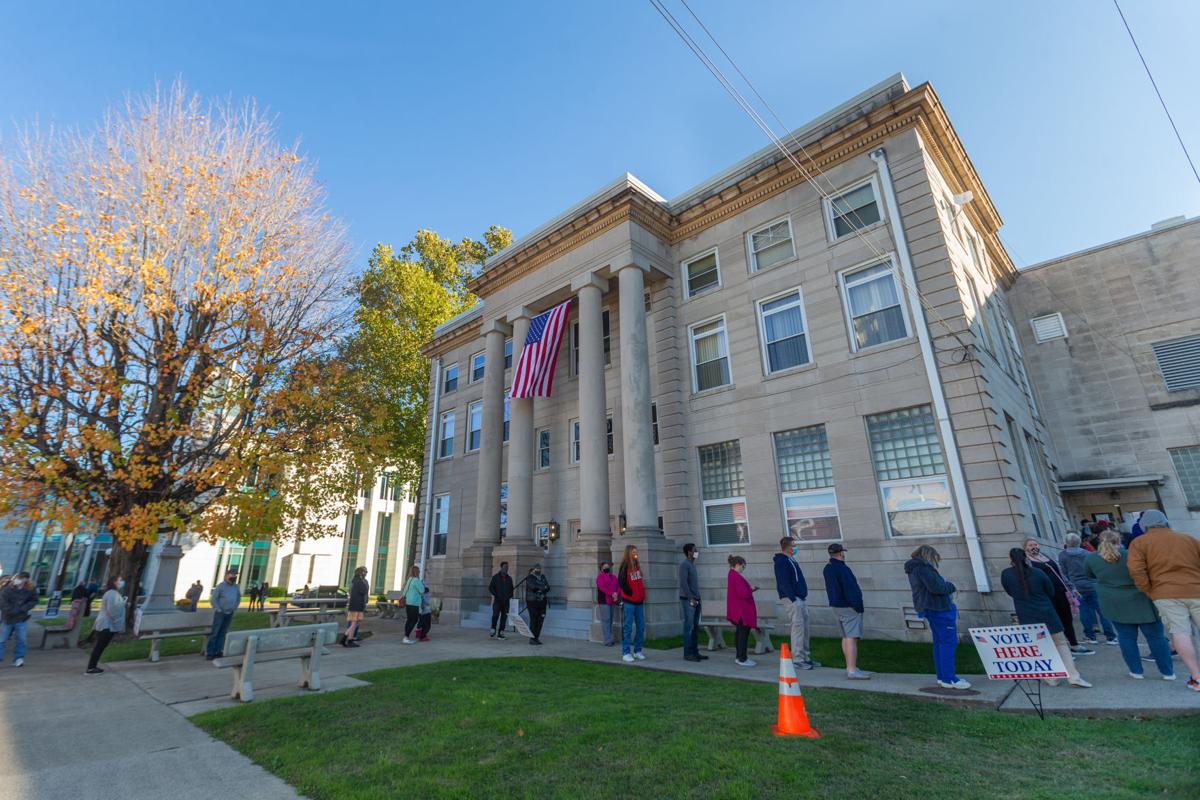 People form a line around the Boyd County Courthouse during the final day of early voting on Monday in Catlettsburg, Ky. 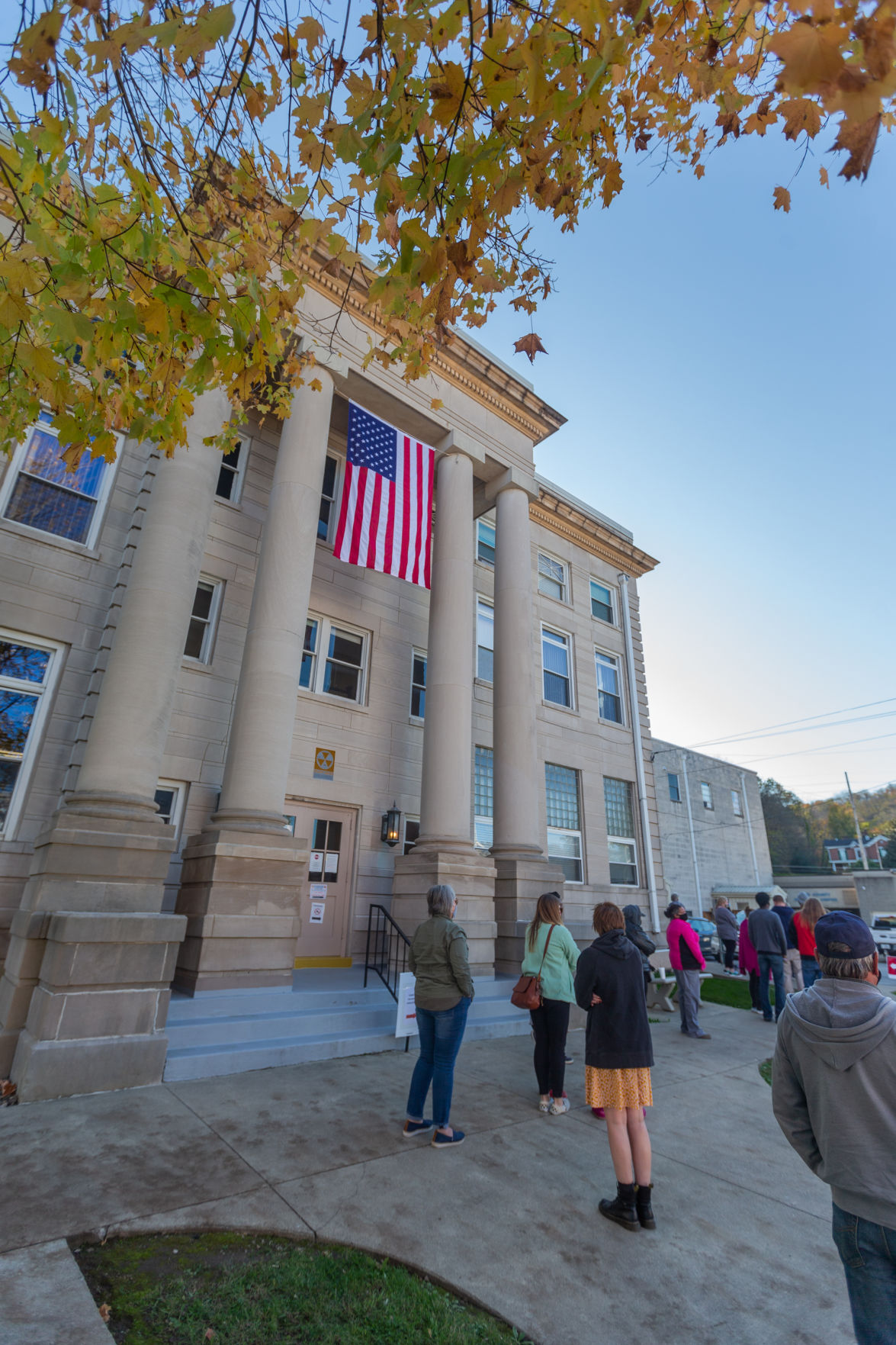 People form a line around the Boyd County Courthouse during the final day of early voting on Monday in Catlettsburg, Ky.

HUNTINGTON — If voter turnout on Election Day is consistent with turnout during early and absentee voting, West Virginia could set a record in 2020, Mike Queen, director of communications for the Secretary of State’s Office, said Monday.

In addition to choosing their president, local voters also are choosing a U.S. Senator, a Congressional representative, members of the statehouse, and — in Huntington — a mayor and council members. For more information on races or candidates, visit www.herald-dispatch.com/elections.

About 35.2% of Cabell County’s registered voters had cast their ballots by the end of last week — 4.5 percentage points higher than the state average of 30.7%; however, Cabell ranked only ninth among the 55 counties for popularity of early and absentee voting. Wood County topped that list at 47.1%. Three other counties have had turnouts greater than 40% so far: Putnam at 41.6%, Monongalia at 41.1% and Upshur at 40.9%.

{div}Wayne County’s turnout was 24.5%, which was far ahead of McDowell County, where turnout has been only 7.8%{/div}

{div}In addition to the presidential and U.S. Senate races, voters in Ohio will see county offices are on the ballot in Lawrence County, where polls will be open from 6:30 a.m. to 7:30 p.m. Tuesday in 84 precincts.

In the race for sheriff, Sheriff Jeff Lawless, an incumbent Republican, faces Joe Ross, a Democrat, for a four-year term as sheriff.

In the county treasurer’s race Treasurer Steve Burcham, a Democrat, faces Tresa Baker, a Republican, for a four-year term as treasurer.

Any Lawrence County voter having a problem can call the board of elections office at 740-533-4320.

In addition to the presidential race, there is a U.S. Senate and U.S. House race, and in addition to state races, an Ashland Board of City Commissioners race, a Catlettsburg City Council race and a countywide issue to allow the sale of alcohol.

There also is a race for an unexpired term for Boyd County Clerk on the ballot. Myra Jones-King, a Democrat, faces Kevin Johnson, a Republican.