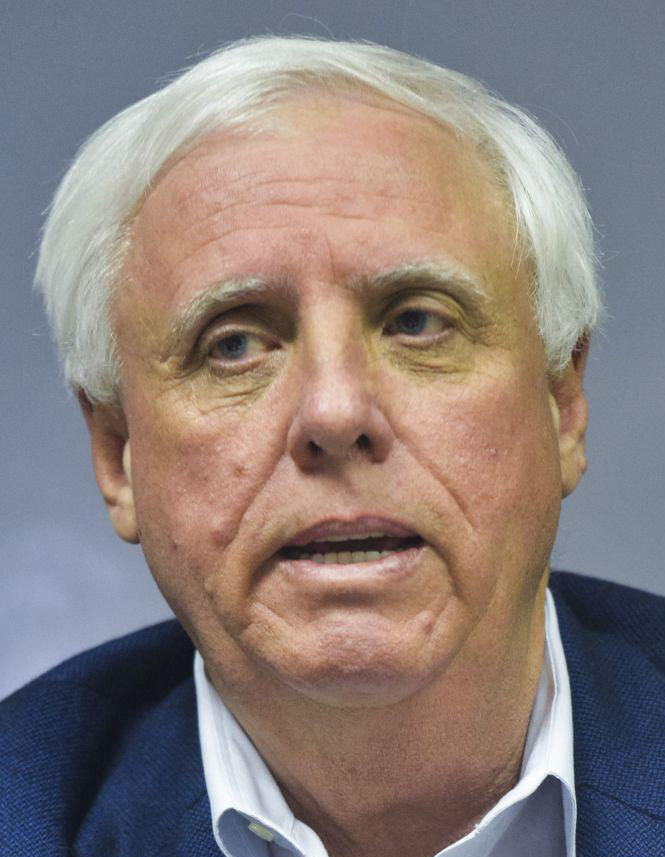 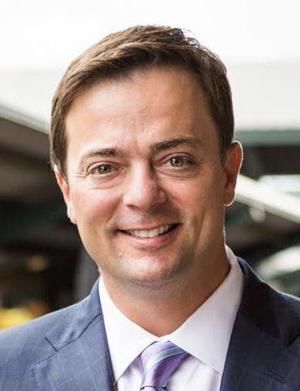 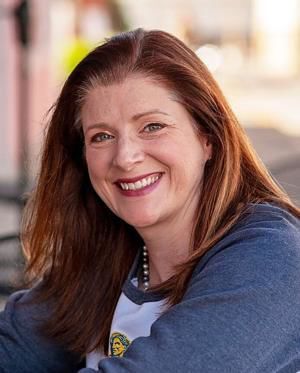 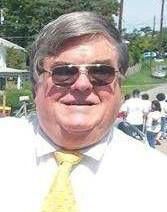 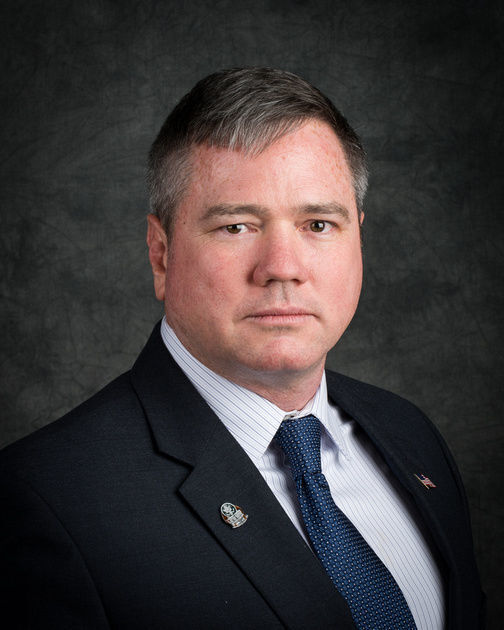 CHARLESTON — The 2020 gubernatorial election in West Virginia has five candidates competing for the top executive job in Mountain State government.

Amid the COVID-19 pandemic, candidates are looking to the future to tackle a question that hasn’t been successfully answered — how can West Virginia improve its stale economy and stop its decades-long population drain and attract people to the state?

There are four men and one woman running for governor.

Justice, long touted as West Virginia’s only billionaire, is the owner and operator of coal companies in five states and also is the owner of The Greenbrier.

West Virginians first elected the billionaire in 2016 as a Democrat. Justice changed his party affiliation to Republican about seven months after he took office in 2017.

Justice has not taken direct interviews with media during his re-election bid in 2020, opting to address the public and answer questions on a broad range of issues during what has become thrice-weekly news conferences.

Justice declined to be interviewed by the Charleston Gazette-Mail editorial board, and his campaign manager did not respond to an email request for an interview.

Ben Salango, of Charleston, grew up in Raleigh County but now works as a lawyer in the capital city. A Democrat, he is a newcomer to state politics.

Salango is a partner in the law firm Preston & Salango along Capitol Street in Charleston.

In 2017, Salango was appointed to the Kanawha County Commission to replace Dave Hardy, who left the commission in order to become Treasury Secretary for Justice.

Erika Kolenich is the managing member of Klie Law Offices in Buckhannon, where she grew up and still lives with her family.

Kolenich is a Libertarian and also is new to the state political scene.

Mountain Party candidate Daniel “Danny” Lutz lives in Jefferson County, where he is conservation district supervisor, according to his campaign website.

He ran for U.S. House of Representatives in 2018 for West Virginia’s 2nd Congressional District, but he lost to current Rep. Alex Mooney.

Marshall Wilson, an independent from Berkeley County, is retired from the Army National Guard, having served for the National Guard in Louisiana and Maryland before moving to West Virginia, according to his campaign website. He lives in Martinsburg and has served two terms in the West Virginia House of Delegates.

Wilson did not respond to a request from the Gazette-Mail for an interview.

Salango and Justice were the only two candidates invited to participate in a single debate this campaign cycle where they talked about their stances on how to handle COVID-19, civil rights and each others’ personal and professional records.

All three candidates who interviewed with the Gazette-Mail talked about their plans to help West Virginia overcome its longer-running problems, population loss during the past decade and improving the state’s economy and image with the rest of the country.

West Virginia had the highest rate of population loss in the country between 2018 and 2019, according to the Census Bureau.

In January 2017, when Justice took office, West Virginia’s unemployment rate was 5.3%, according to the U.S. Bureau of Labor Statistics.

The unemployment rate in West Virginia spiked amid the COVID-19 pandemic, as it did for the rest of the country. In April, the state’s unemployment rate spiked at 15.9%, and it has improved, but is still worse than the state’s average, at an estimated 8.6% for September, according to the bureau’s data.

All of the candidates who talked with the Gazette-Mail said broadband internet access was a key issue in attracting business to the state as well as helping residents work from home, gain their education from home and visit doctors from home via telehealth — needs that have been magnified by the pandemic.

They all also supported the Fairness Act, a measure that, if passed by the Legislature and allowed to become law by the governor, would make it illegal for employers to fire people and for property owners to evict people based on their gender identity or sexual orientation.

Salango said Justice had not done the state any favors in creating tax breaks for the coal industry that haven’t paid off for coal miners and the average West Virginian the way it has paid off for coal company owners. He also said the governor’s rhetoric — calling high school basketball players thugs and the state’s teachers “dumb bunnies” — hasn’t helped West Virginia’s image with the rest of the country.

From Salango’s perspective, diversifying the economy — likely one of the most used phrases in modern West Virginia politics — is a matter of listening to the needs of local residents and county and municipal officials, who don’t often get the chance to communicate directly with their governor who splits his time between his personal home in Lewisburg and Charleston, which is the matter of an ongoing lawsuit against the governor.

“It’s the mayors, the county commissioners who typically know when there’s a project coming first,” Salango said. “There’s not an avenue for us to communicate with the governor, and we’re losing opportunities every day by having an absentee governor.”

Salango has proposed a loan forgiveness program for the state’s small businesses and to encourage small-business establishment and growth and reorganizing the state’s Economic Development Office to sort the state into regions and provide programs and job training relevant to the needs of each region.

Kolenich was hesitant to criticize the governor, saying she is “a person before a politician” and tries to avoid criticizing other people.

West Virginia has for too long bent over backward trying to cater to corporations with the hopes of attracting business here, which she said is a strategy that historically has not played out well for the state, Kolenich said.

“I don’t think that we are going to attract these large international corporations to locate and open up headquarters here in West Virginia,” Kolenich said. “We’ve been trying that forever, and we know, based on the Atlantic Coast Pipeline getting bailed on, we know what happens when we sell our souls to these companies and offer them special deals to come to West Virginia. Most of the time, it blows up in our face.”

In addition to broadband, Kolenich said West Virginia needs to focus on highlighting its attributes — small, historically preserved towns among the mountains — and make it easier for businesses to operate.

“There’s so much regulation and licensing-type requirements in West Virginia that it makes it difficult for business to operate,” Kolenich said. “I’m not talking about the types that promote safety. Allowing businesses in West Virginia to thrive by eliminating those unnecessary licensing and regulation requirements will cause economic development, which will then get the attention of some of these out-of-state businesses, which will cause them to want to come here.”

Lutz said as governor he wouldn’t have to “do much of anything” to change the state’s image to attract people, saying West Virginia’s natural resources would sell the state.

Lutz said West Virginia’s steady source of clean water and undeveloped land would make it an attractive place for people to migrate from the U.S. coastlines in the next decade as sea levels rise and water sources shift.

“What can I do to change the image of West Virginia? That will take care of itself,” Lutz said, saying broadband development was crucial in preparing for the incoming population, suggesting a public-private partnership with SpaceX could benefit the state. “If we have this broadband system, educated people will be able to come here and work in places like Webster Springs, Fairmont or Welch. These are all desirable places to live, but there’s nowhere to work there.”

Lutz said he would favor repealing the Workplace Freedom Act and the prevailing wage act. He also said West Virginia should consider finding a new way to fund public schools instead of funding them based on local property taxes.

Lutz’s family has lived in Jefferson County since the mid-1700s, he said, and he was committed to leaving West Virginia a better place than he found it.

“I got into the race because I wanted to offer the people of West Virginia a choice, not an echo of their chief executive,” Lutz said.

Editor’s note: In 2018 Ben Salango was part of a group of people who invested in HD Media to purchase the Charleston Gazette-Mail. Salango sold his share of HD Media in December 2019 after launching his campaign for governor.