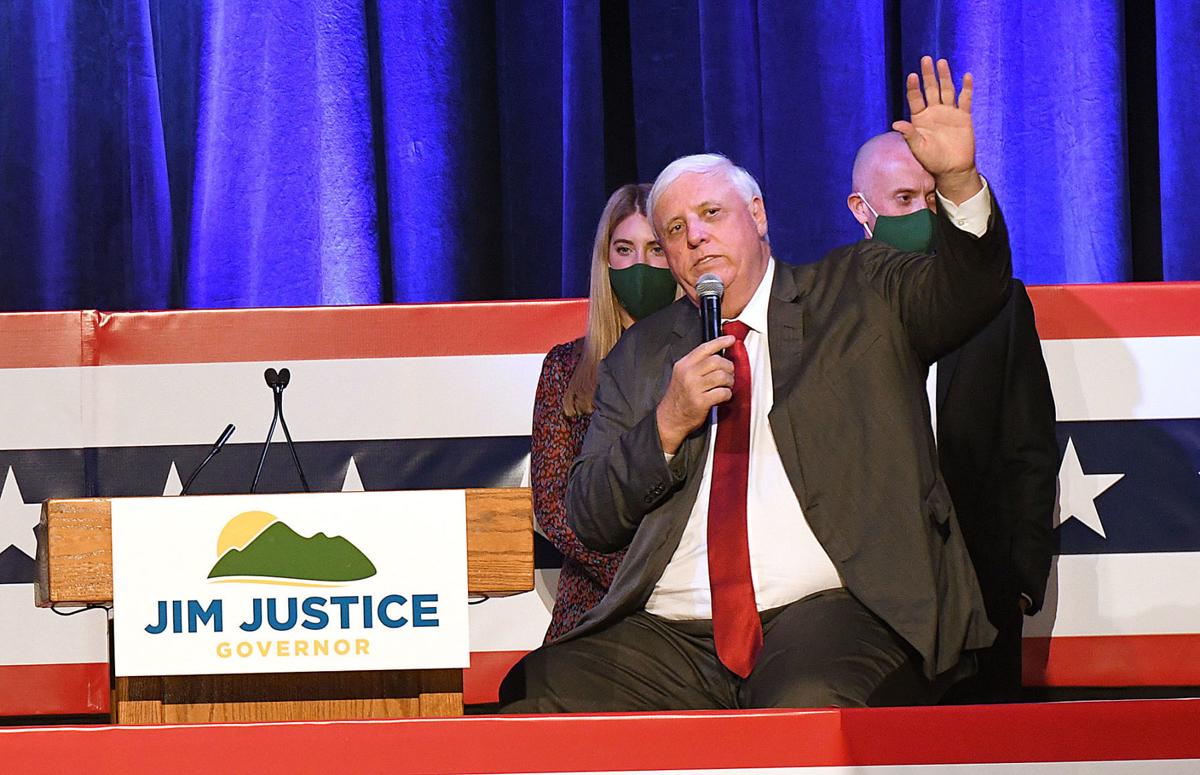 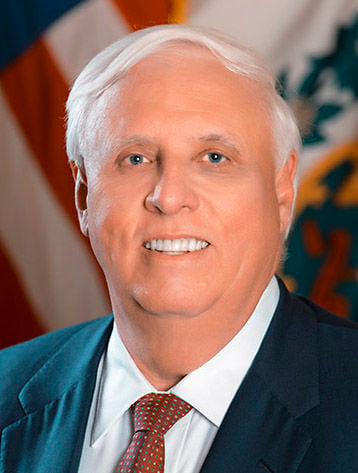 Justice, elected governor in 2016 as a Democrat, won re-election Tuesday as a Republican, leading Salango by a roughly two-to-one margin, as part of a state GOP ticket led by President Donald Trump, who also easily carried the state.

In a victory speech from his Greenbrier resort, Justice said he hoped Trump would go on to win re-election, but said, “My job is to work with anybody and everybody to do all I can to help you and help West Virginia.”

Justice said that while the job of governor is demanding, particularly during a pandemic, “I’ve always said it is an honor to be your governor, and tonight, it is even more of an honor.”

Justice told supporters shortly after 9:15 p.m. that he had promised to take the state on an economic rocket ship ride, and said there is a lot of the ride yet to come in the next term as he works to diversify the state economy.

Salango conceded about 9 p.m., telling supporters at his Charleston campaign headquarters, “This election was never about me. It was always about the people of West Virginia … I got into this race because I wanted to fight for working families.”

Afterward, Salango said he felt that he ran a strong campaign, getting out to all parts of the state even in a pandemic to build name recognition, but could not overcome the headwinds of Trump’s popularity in the state.

“We knew Trump being on the ticket would be difficult for Democrats down-ballot,” he said.

Leading up to the election, a key issue for Salango was how to build name recognition when COVID-19 made conventional campaigning difficult to impossible. For Justice, 69, frequently criticized pre-pandemic for refusing to live in Charleston and accused of treating the governorship as a part-time position, the pandemic gave him a statewide forum in the form of daily, then tri-weekly COVID-19 briefings broadcast statewide on YouTube and on public television.

While intended to provide updates on state efforts to contain the spread of the virus, Justice used the briefings as an opportunity to appear gubernatorial, directing an initial shutdown of nonessential businesses and activities, then overseeing the gradual reopening of the state, a process he dubbed as “West Virginia Strong.”

Justice regularly delved into politics during the briefings, reminding viewers of his friendship with, and strong support for, Trump, and hurling barbs at Democrats, including Salango, whom he often referred to as a “Nancy Pelosi liberal.”

Justice also imbued the briefings with folksy, homespun homilies, something Salango said made Justice “the personification of the West Virginia stereotype.”

Salango has also criticized Justice for making multiple, and frequently confusing, tweaks to a color-coded COVID-19 risk map adopted from the Harvard Global Health Institute, and for failing to effectively distribute $1.25 billion of federal CARES Act funds to families and small businesses hard hit by the pandemic.

While $868 million of the $1.25 billion received in April remain unexpended, Justice has insisted all but $80 million is committed to projects and will be allocated by a Dec. 31 deadline imposed by Congress.

In addition to his handling of the pandemic, Justice has touted passage of a $2.8 billion road bond amendment and investments in public education, including two pay raises for public school teachers and service personnel — both of which followed statewide teacher walkouts.

In the only debate between the two candidates, Justice, a billionaire who made his fortune in coal, agriculture and hospitality businesses, said Salango’s background as a trial lawyer would be bad for business.

Noting that Justice’s businesses have been sued more than 600 times, Salango countered Justice had more courtroom experience than he does.

During the campaign, Salango contrasted his humble childhood in Beckley with Justice, who was born into a wealthy family.

Salango, pointing to successes as a Kanawha County commissioner — including his championing of the Shawnee Sports Complex in Institute — promised to diversify the state economy, promote small business, and expand infrastructure including broadband internet and highways.

In one campaign ad, Salango claimed Justice’s Roads to Prosperity program picked winners and losers — including repaving the road to The Greenbrier resort, an allegation Justice denied.

Justice, meanwhile, made the case he is a businessman, not a politician, and that he has been able to take a state that was facing massive budget deficits when he took office, and get the economy, and the state budget, in the black.

Justice, a lifelong Republican, changed his party affiliation to Democrat for his 2016 gubernatorial campaign, then announced he was switching back at a Trump rally in Huntington, telling the crowd, “I can’t help you anymore being a Democrat governor.”

In recent weeks, Justice has touted a series of business announcements, including the selection of a West Virginia site for the Virgin Hyperloop test project.

In the debate, both candidates said they favor passage of the Fairness Act, which would extend the state’s housing and employment non-discrimination statute to include sexual orientation and gender identity.

The bill has failed to win passage in the Legislature multiple times, most recently in the 2020 regular session.

Wilson’s supporters made headlines in September, when they refused to wear face masks in the state Capitol in order to attend a Constitution Day ceremony Wilson was hosting in House chambers and were ordered to leave the premises.