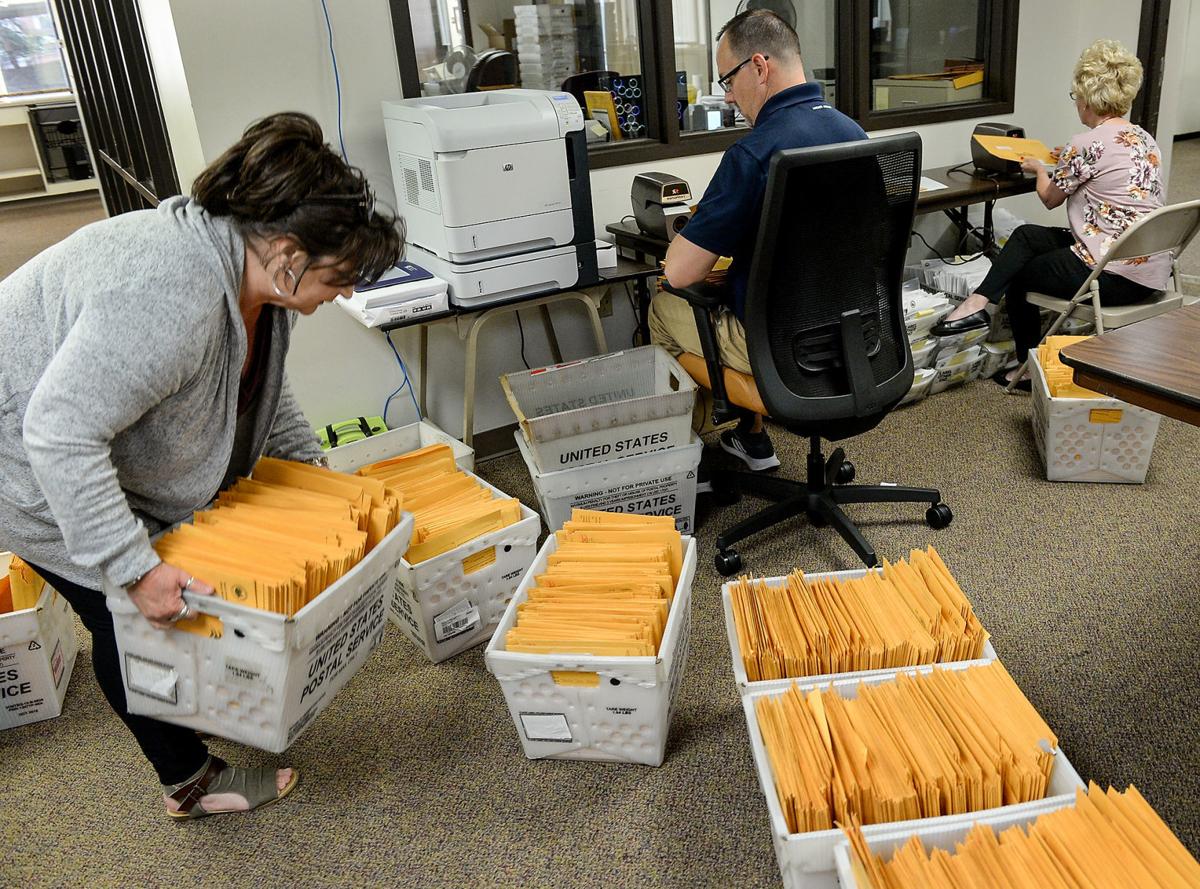 Venus Settle, left, on loan from Kanawha County’s Vital Statistics office, sets down a box of absentee ballots from the post office at the Kanawha County Voter’s Registration Office on Monday, June 8, 2020, for Kenny Adkins, center, and Lisa Skiles, right, both from the county assessor’s office, to stamp the envelopes with the times received before the ballots are coded for entry in the system. 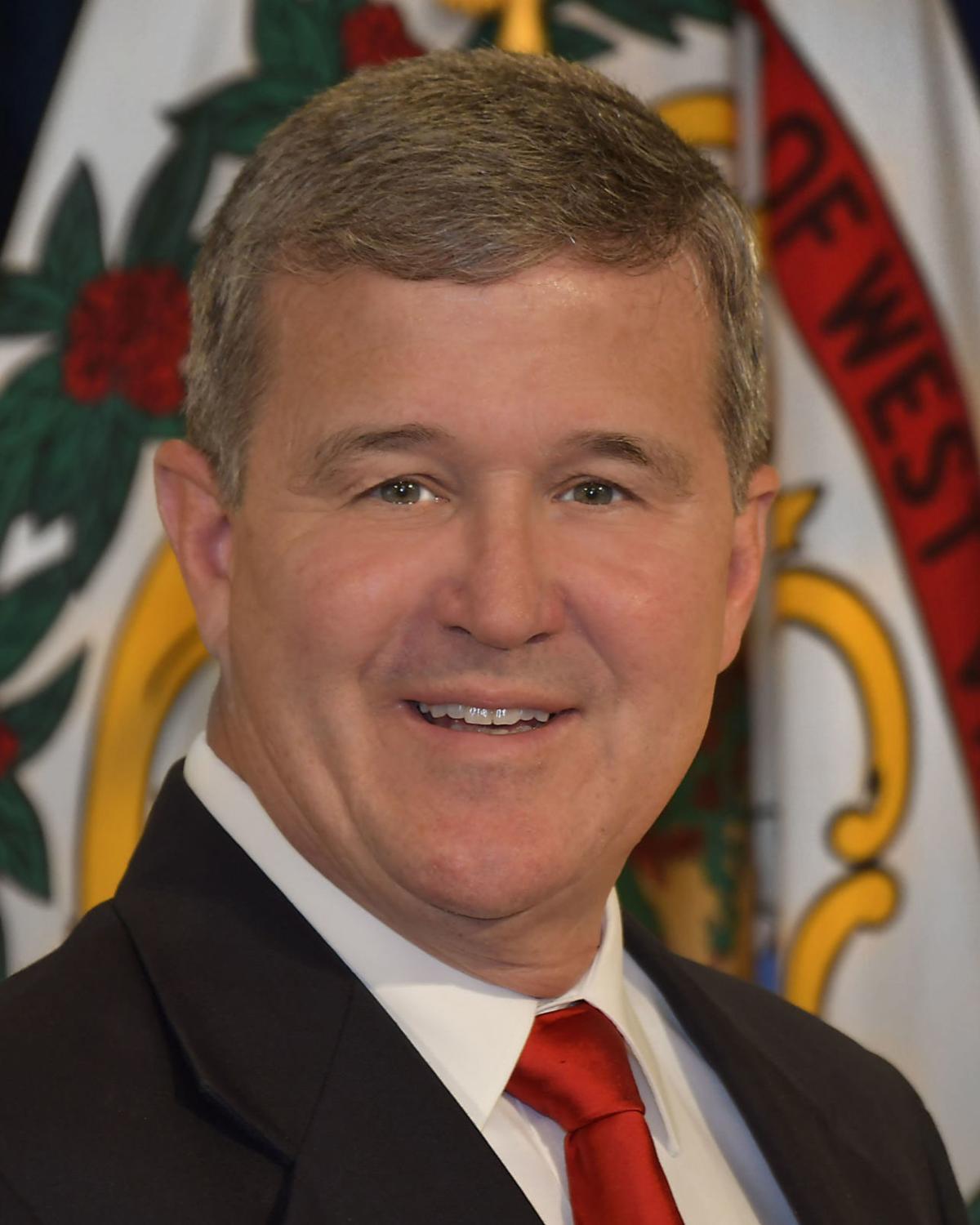 CHARLESTON — Amid precautions taken to prevent the spread of COVID-19 throughout the state, West Virginia Secretary of State Mac Warner’s office has recorded “historic participation” in absentee voting for the state’s June primary election, with more than 17% of voters participating so far as ballots continue to arrive at local clerks’ offices.

In April, eligible voters began receiving pink-colored slips notifying them they were eligible to vote by absentee ballot in Tuesday’s election, which was originally set for May and moved to June because of the global pandemic. The slips instructed voters on how to apply for absentee ballots at their county clerks’ offices.

Those numbers could rise as the office continues to receive ballots, which had to be postmarked or returned to the clerk’s office by Tuesday.

Warner said while in-person voting is recognized as the “gold standard” of voting, absentee voting is a secure way to vote, as well. His office is working to deter election fraud and has teamed up with U.S. attorneys, FBI, State Police and the Attorney General’s Office to form an election anti-fraud task force to combat any election fraud, he previously said.

“West Virginia offers voters more options to cast a ballot than any other state in the nation,” he said. “Working with our county clerks, we are making sure that every option is safe and secure.”