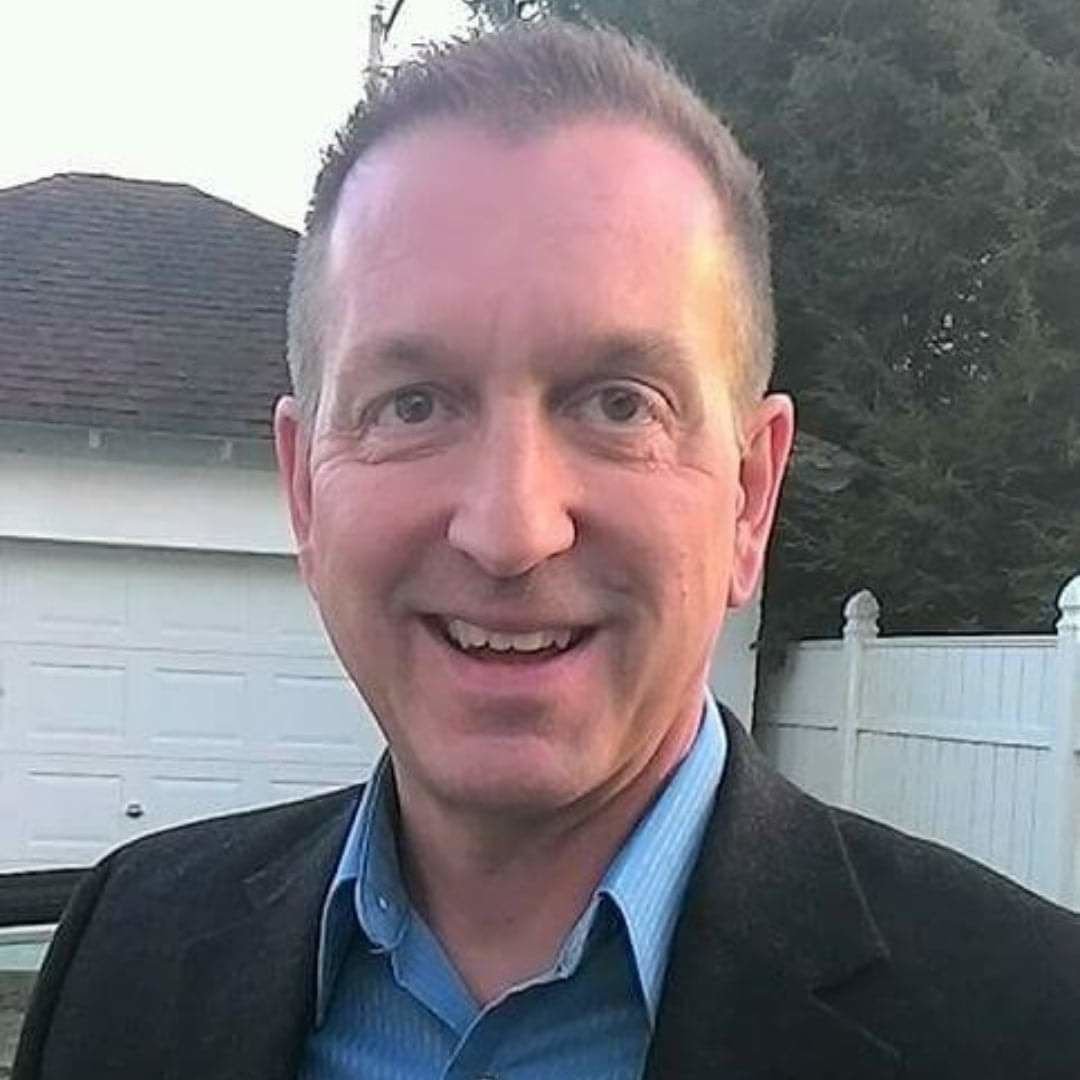 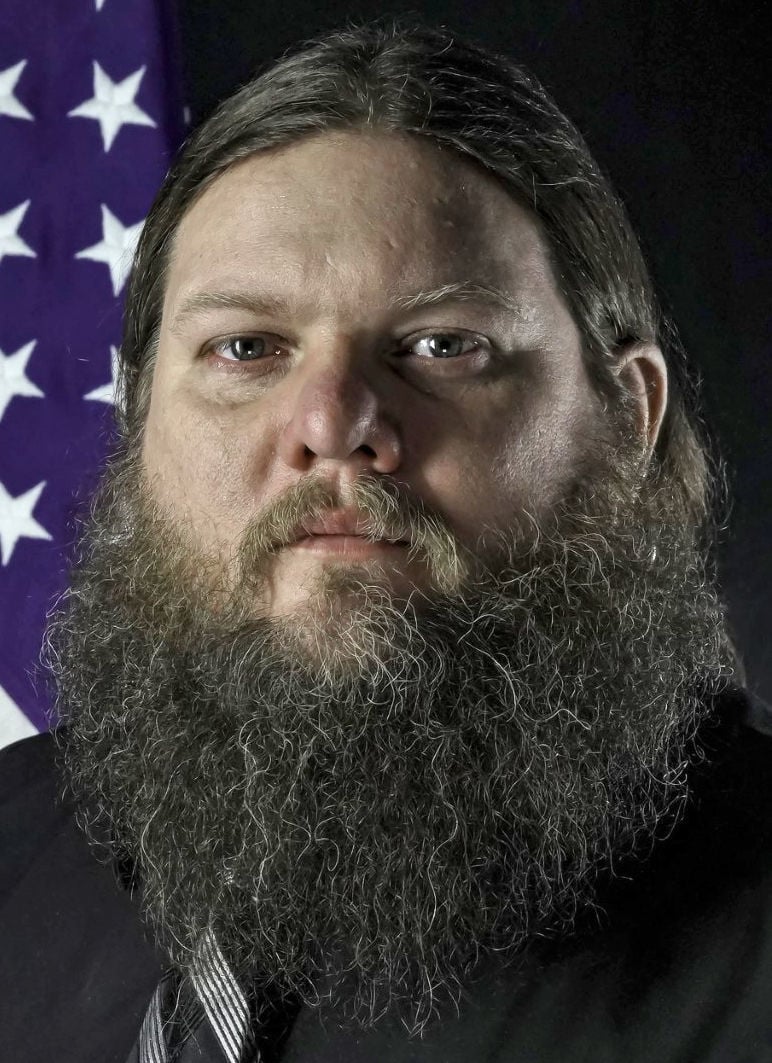 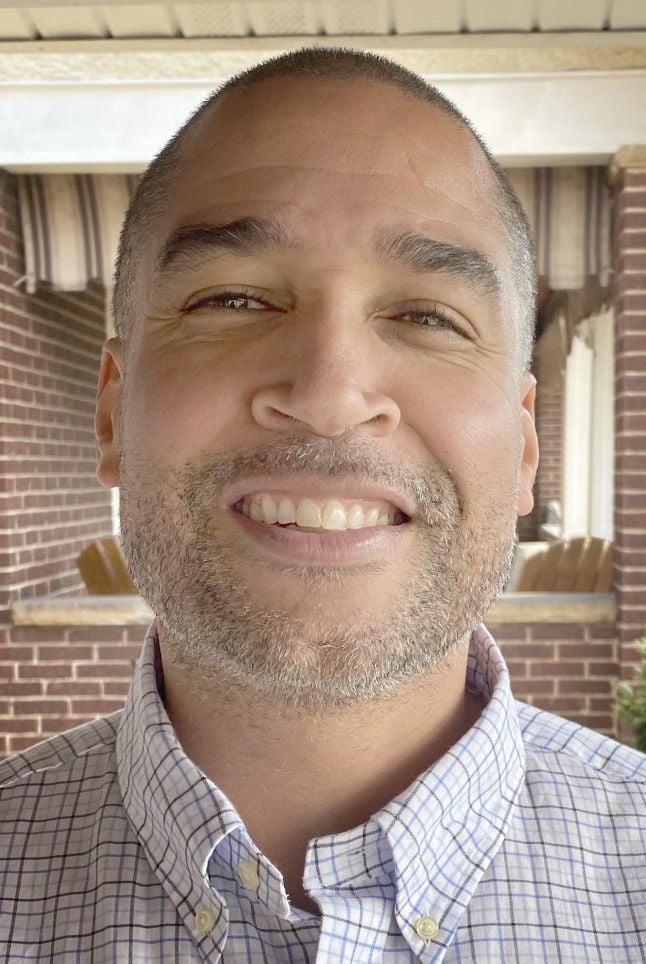 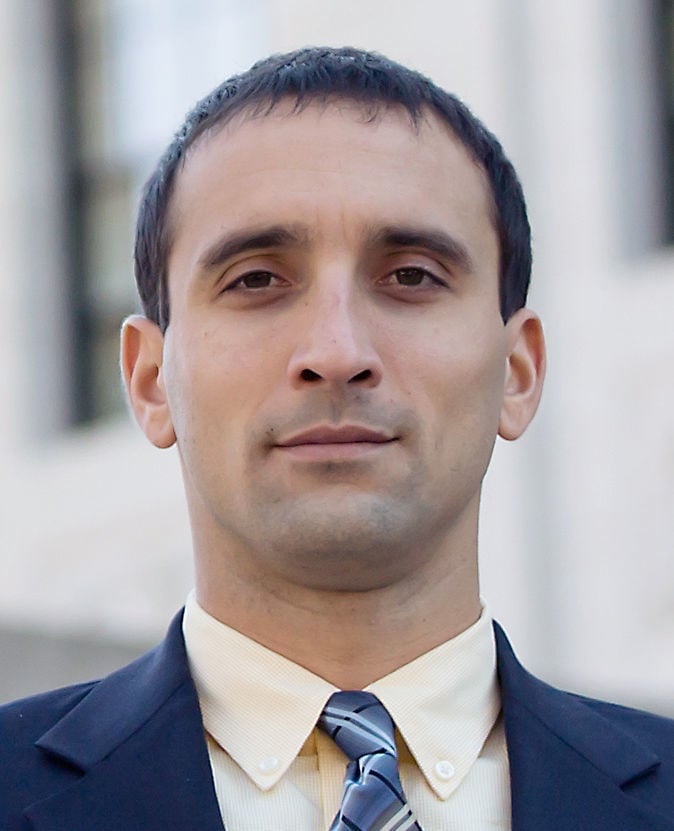 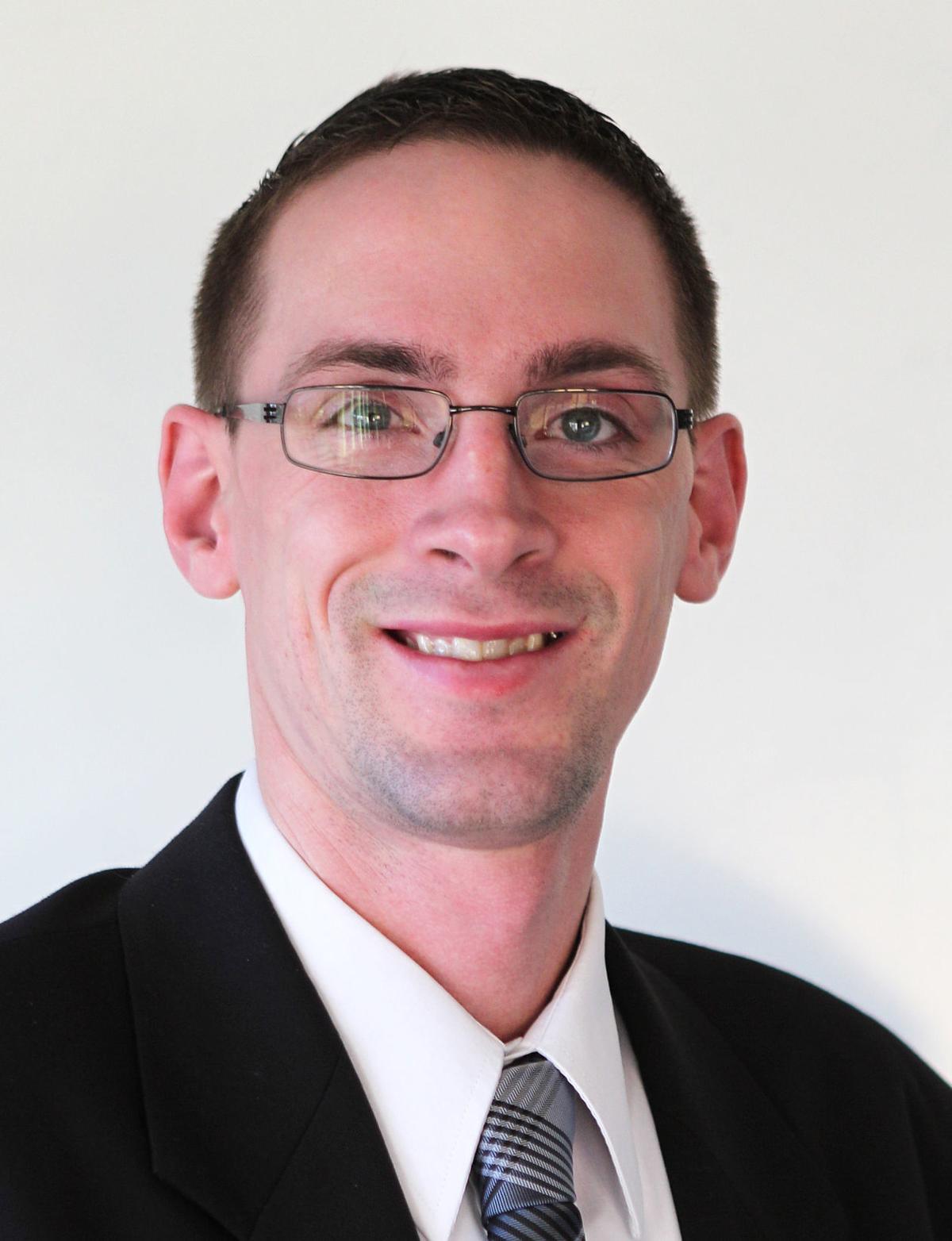 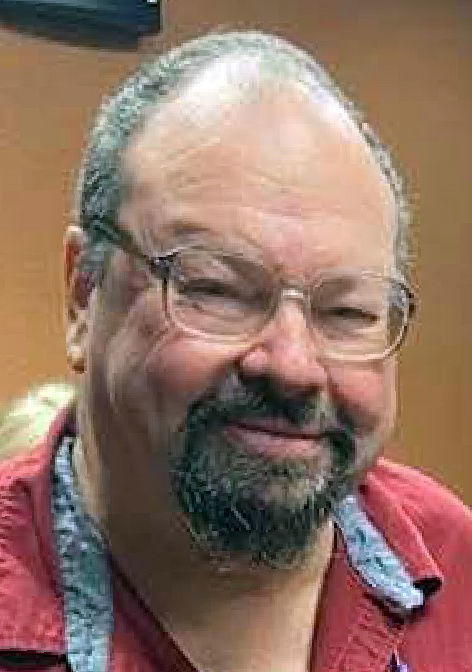 HUNTINGTON — With current At-Large Huntington City Councilwomen Carol Polan and Rebecca Howe not up for re-election, seven Democratic and two Republican candidates are seeking four spots in the general election this November without an incumbent in the race.

David Harrington and Joshua Garnes with the Republican party will both presumably advance in the race.

Issues for the Democratic candidates

Buyers said he and his family have lived in the Highlawn neighborhood for over nine years and he’s running to help support programs that are working well in the city, in addition to bringing fresh ideas to the table.

“This is the first time I’m running for any public position, and I’m doing it because I love the city of Huntington,” Buyers said. “I am for anything that supports improving infrastructure, such as the flooding on the roads, some of the old bridges, street lights, things that would make it a more aesthetically pleasing city, as well as safe.”

Buyers also said he is in favor of recovery programs and helping those with substance use disorder get back out into society.

“I’m not a big ‘punish, punish, punish, send people to jail,’ person,” he said. “I would rather see someone go through treatment and get sober to become a law-abiding tax-paying citizen versus just lock them up.”

In an election profile submitted previously to The Herald-Dispatch, Ahmad also said the opioid crisis continues to put a strain on the community and would be an issue he would like to address.

“The most important problems currently facing Huntington are population decrease and opioid abuse,” Ahmad said in the submitted profile. “We should continue to support local treatment initiatives for our residents who are struggling with addiction. We should also develop community-specific prevention programs that address the social issues that typically lead to substance abuse.”

Ahmad said he supports the harm reduction program in the county, but would also like to begin formulating prevention plans.

Jackson, who was born and raised in Huntington, also cited growing the community’s economy as a first step in addressing other troubling issues.

“One of the main things for me is the local economy. Once you can grow the local economy, it’s going to take care of a lot of issues that we have,” Jackson said. “With a healthy local economy, you start giving your citizens other avenues besides things not in their best interest — once you start seeing people become a little more prosperous, some of that negativity, I believe, will go away.”

Jackson said he was inspired to run for City Council after years working with the YMCA.

“I realized one of the reasons I want to run is a lot of times through the day you have conversations with people, you talk about the issues in our city and ways to improve, and a lot of times at the end of the conversation, that’s just it, you go your separate ways,” he said. “I decided to throw my hat in the ring and put myself in the position to help out my community and city.”

Similarly, Farley said if elected to council he would work to become a voice for the people of the community.

“I think a lot needs to change within the city,” Farley said. “I want the citizens to be heard and I’m trying to get their voices out there, even if it’s against the people that I’m working with.”

Farley said as a property owner in the city, he’s hit several roadblocks, which inspired him to run for the position.

“I’ve made something of myself, and a lot of the things against me were usually the people on the council, the mayor, that’s where I’ve always hit road blocks,” he said. “I bought a house that was condemned, but once I took possession of it, I ended up losing it, they didn’t honor their agreement.”

Farley said he hopes to see Huntington become a city where people are excited to live and work in.

Rosenberger previously said in an election profile submitted to The Herald-Dispatch that he would like to implement plans to help the city become more clean.

“Our downtown is thriving and some neighborhoods are flourishing. But we’re a dirty city,” Rosenberger said in the profile. “Litter is a problem that cannot be addressed by neighborhood groups having spring cleanups. We need a year-round approach, which can be achieved with the addition of a beautification coordinator who can utilize a vast number of people who need community service hours.”

Rosenberger also said he would like to continue on the track the city is on in addressing the drug problem as well as helping recruit more candidates for Huntington’s police and fire departments.

Similarly, Bailey, who served as Cabell County Sheriff for eight years in addition to spending eight years on Huntington City Council, said he would like to see an increase in police officers and fire fighters.

Bailey also said he has plans to combat the ongoing substance abuse issue in the city, primarily through education and outreach.

“I’m big on education, we need to teach these kids about the dangers of deadly drugs, and I think if we can start them out in the first or second grade, I truly believe it could help,” Bailey said. “I’d also like to help form a task force to go into schools — I gave over 300 drug seminars as sheriff.”

Bailey said while rehabilitation facilities are a step in the right direction, keeping people away from drugs in the first place should also be a priority.

Bailey is also the president of the Cabell County Community Services Organization and said if elected he would bring ideas to the table to help the seniors of Huntington, specifically the West End.

“I will not take any money from the city of Huntington from serving on council,” Bailey said. “My money will go to CSO to feed the seniors.”

Candidate John P. Kinder was not able to be reached and does not have an election profile on file.

Issues for the Republican candidates

The two Republican candidates running for the At-Large City Council seat are focused on safety and infrastructure, both as avenues to bring prosperity to the city of Huntington.

Harrington, who served for eight years in former Huntington Mayor Jean Dean’s administration and worked in small business development and with unsafe buildings, said he would like to see the city continue aggressively demolishing dilapidated structures.

“I’m impressed with what the city has done in recent years with demolition, I’m also impressed with this new vacant registry of homes,” he said. “But I think it needs to go one step further.”

Harrington said he would like to see property maintenance codes more heavily enforced in the city.

“Properties don’t need to get to that state of disrepair,” he said. “The thing that is unique is because of our brick homes, those homes have solid foundation and are solid structures, and sometimes they just need to be redone in terms of infrastructure, but they are still viable structures. Unfortunately, people leave them empty too long and elements take their toll eventually.”

Harrington also said he believes the abandoned structures attract unwanted attention to areas and could be the cause of some crime.

“They deteriorate and they also become an unattractive nuisance, and abandoned homes attract vagrants,” he said. “So if we can eliminate that, we can help deal more effectively with our homeless population.”

Garnes, who has lived in Huntington for 15 years, has owned businesses and rental properties in the city and said he has seen similar issues with break-ins to empty, and occupied, residences.

“I’ve seen a lot of problems in the past few years, probably in the past five I’ve seen the town go downhill,” he said. “Personally, I own some business and real estate, I rent houses, and I’ve had every house I own broken into, I’ve even had my personal house broken into — I’ve had to call the police many times over vagrants.”

Garnes said he believes the crime rates need to be addressed, as well, and would make it a priority to increase police staffing.

“I think a lot of people kind of gave up on the police, and that’s why the crime numbers look like they’ve gone down,” he said. “But I don’t see how it’s possible, because it’s every day almost.”

As a small business owner, Garnes also said he would bring creativity to the council with ideas to add new jobs and projects like development at Harris Riverfront Park.

Two Democrat and two Republican candidates will be chosen by voters in the city of Huntington on Tuesday, who will then advance to the general City Council At-Large election in November.