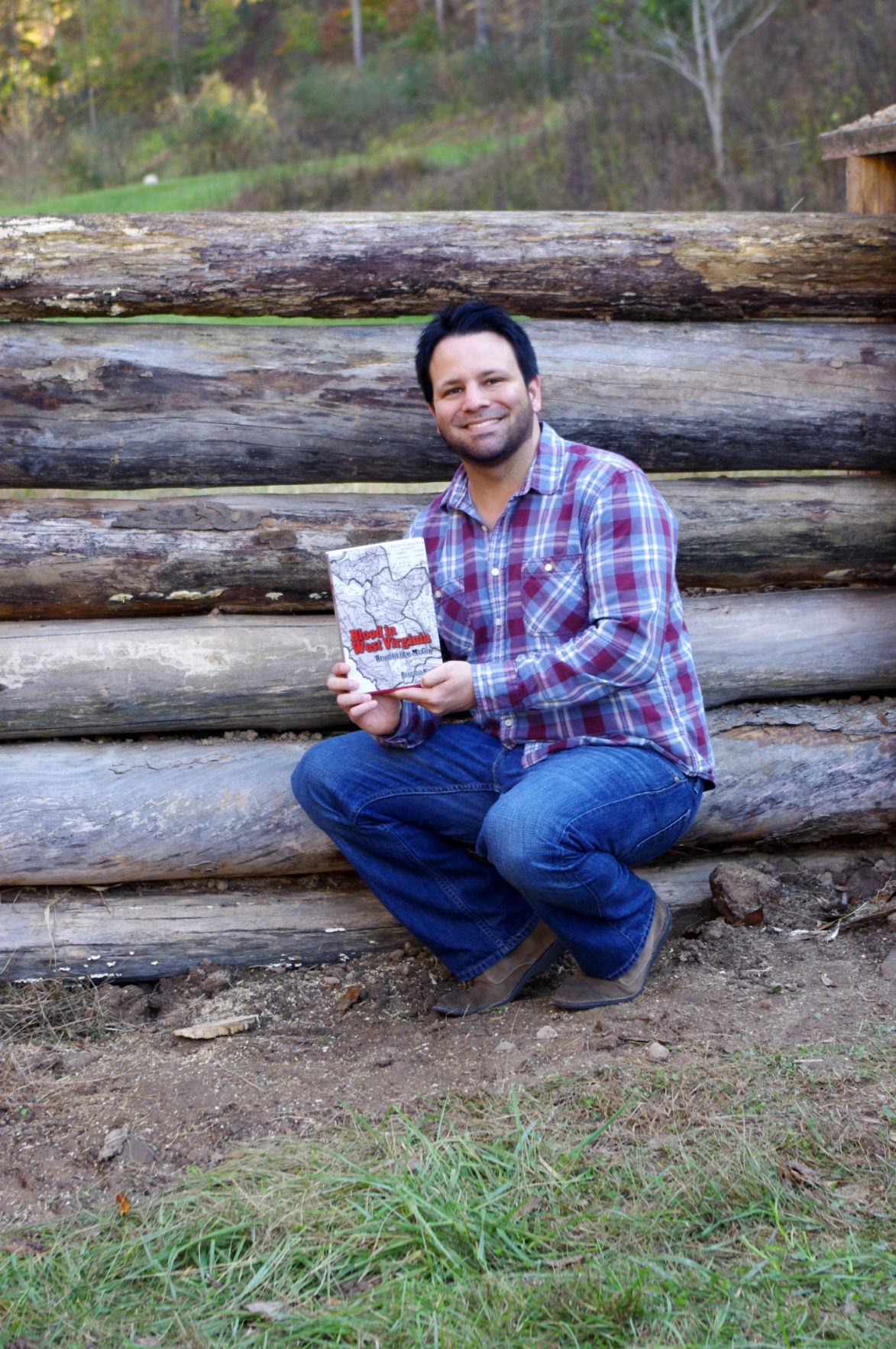 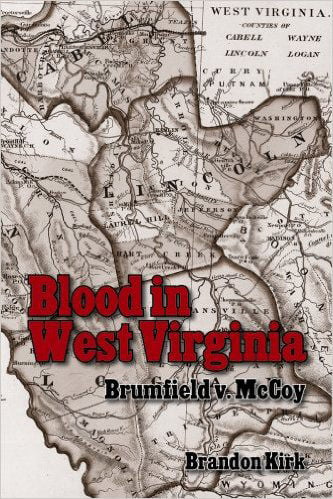 HUNTINGTON - There will be a massive feud at Chilifest on Saturday. No worries, the fighting is going to be inside at Empire Books and News, and this feud will boil up only between the pages of Brandon Kirk's lively new local history book, "Blood in West Virginia: Brumfield v. McCoy."

Kirk, an assistant professor of American history at Southern West Virginia Community and Technical College, will be signing copies of the book from 1 to 6 p.m. Saturday, Sept. 12 during the height of Chilifest.

Kirk, a Marshall University graduate and Harts, West Virginia, native will also be signing copies at 10 a.m. Saturday, Sept. 19 over at the Ed Haley Fiddle Contest, at the Christian Life Center, 1628 Winchester Ave., Ashland, as well as at the Hometown Hamlin event at 2 p.m. Saturday, Sept. 19.

A descendent of feudists from Lincoln County, Kirk spent 20 years researching the book which lays out the bloody feud that during its hey-day, between September 1889 and May 1890, commanded headlines in newspapers all over the country.

The book splays open the Lincoln County feud, one of the most sensational events that occurred in the Southern Appalachian Mountains prior to 1900.

Arising out of personal grievances between two prominent residents (Paris Brumfield and Cain Adkins) in Harts, which he describes as back then a rough-and-tumble West Virginia timber town, it quickly escalated into a struggle for supremacy between business competitors and political rivals.

With more than 20 photographs, the book thoroughly documents the saga of a community and its residents in turmoil as the timber boom transformed modest farmers into businessmen out for wealth and blood.

Kirk's book tracks the rise of enterprising timber merchant Al Brumfield whose hard-edged business attitude, as well as his father's long-time quarrel with a neighbor, had garnered him numerous enemies.

In September of 1889, someone ambushed and attempted to murder Brumfield and his wife. The Brumfields and their allies stopped at nothing to find the men responsible. Two local men, Milt Haley and Green McCoy, surfaced as the prime suspects. A Brumfield-led gang captured Haley and McCoy and brutally murdered them. The violence was just beginning as these larger-than-life characters are caught up in vicious acts stoked by personal grievances and economic and social change, Kirk explains.

While Kirk based a lot of his research on county records, local and national newspapers, he also utilized a number of oral history interviews including some he conducted himself back in the 1990s.

"When I was young and pretty much finishing high school and coming to Marshall I became very interested in family history, and in elderly people and their stories," Kirk said.

"I had always loved history but I thought it was just in books. I discovered in high school through a project we did where we would bring in elderly folks in and veterans to come in and talk about their lives, that these elderly people are like history books and the history they give is something totally different from the things I had read. That really clicked with me. I would come home from Marshall and visit the elderly people in my family and then I would branch out and meet more people of an advanced age and so it started out with a sort of an interest in family history and that quickly became local history and then I kept hearing about all of these old crimes in our community and a lot of these old killings."

Kirk saw a story in Goldenseal about this particular feud and about a song written about the feud and wound up doing a lot of research through the State Archives. Kirk, who spoke at the Archives Library series earlier this summer, said it was great to be able to thank those folks who all of their work helping him research the subject.

Kirk said when he first began researching the subject some of his friends found it odd. He feels like the journey paid off in the end result, as well as the friends made along the way.

"I would say the elderly people inspired me to want to know more and they became good friends," Kirk said. "When I was down here I had a girlfriend at Marshall and my friends in the fraternity, they couldn't figure out why I was always going home on the weekend. When you are in your 20s most people are concerned with other things but those old people got a grip on me. Those people are listed in the book as sources but they were all friends and most of them are gone now. "

Interestingly, one of the folks who now is gone that he met along the way, helped change his course a bit, and got him working on a side project that he hopes will be published within the year.

That person, whom Kirk met back in the early 1990s was the late, great famous Americana musician John Hartford who was in the area off and on researching Ed Haley.

"Ed Haley's father was in the feud that I was researching and we began to cross paths and started writing each other and calling one another and when we finally met we really hit it off and John and I worked together up until his death in 2001," Kirk said.

Kirk moved to Nashville from the mid 1990s to 2001 to help Hartford with the book project about Ed Haley. Kirk hopes to have that book (as well as a companion box set and music book) out within the next year.

"Our research involved not only Ed's life but also the feud as well, and I give him a lot of credit," Kirk said.

"He supported me and encouraged me to research and write. He knew that small town history was powerful and he knew not to think of it as a being a local interest story only. He couldn't get enough of it."

Hartford's inclination was right and in 2000 Smithsonian magazine did a story on them when there was a grave excavation of two of the feudists who were killed.

Kirk said the story unearthed an amazing, vibrant and volatile time in our history.

"We researched a lot of the timber boom when people were coming in and that was exciting to learn about timbering and there was a lot of music and a lot of characters," Kirk said. "It was Victorian America and people were trying to seize the initiative of business and opportunity in that era of the Rockefellers and Carnegies it was happening on a smaller scale and I got pulled in."

Kirk, who finally got the book written last year, said it took two years to boil down the massive amount of multi-sourced research and to work the narrative.

"I researched it about 20 years and most of my sources had passed and I felt like I really couldn't learn a lot of new things. So I felt like it was time to draw conclusions and figure out how to write the story," Kirk said. "So I decided using the scholars approach to the research but lean toward a more literary style. My model for the book was Truman Capote's "In Cold Blood," that had two characters essential to the narrative and so did this story to me."

Kirk, who has written more than 50 Appalachian-themed articles for regional newspapers and books, said he feels like a modern day Fred Lambert, trying to keep alive the history of the area and present it to a new generation for discussion and education.

"My goal is to collect, preserve and promote the history and culture in my part of Appalachia which includes the Lower Guyandotte River basin," Kirk said. "I love Huntington history and love Guyandotte, the old town. I go down there and walk across that bridge at the mouth of the Guyandotte and picture those logs coming down bobbing down to the Ohio."