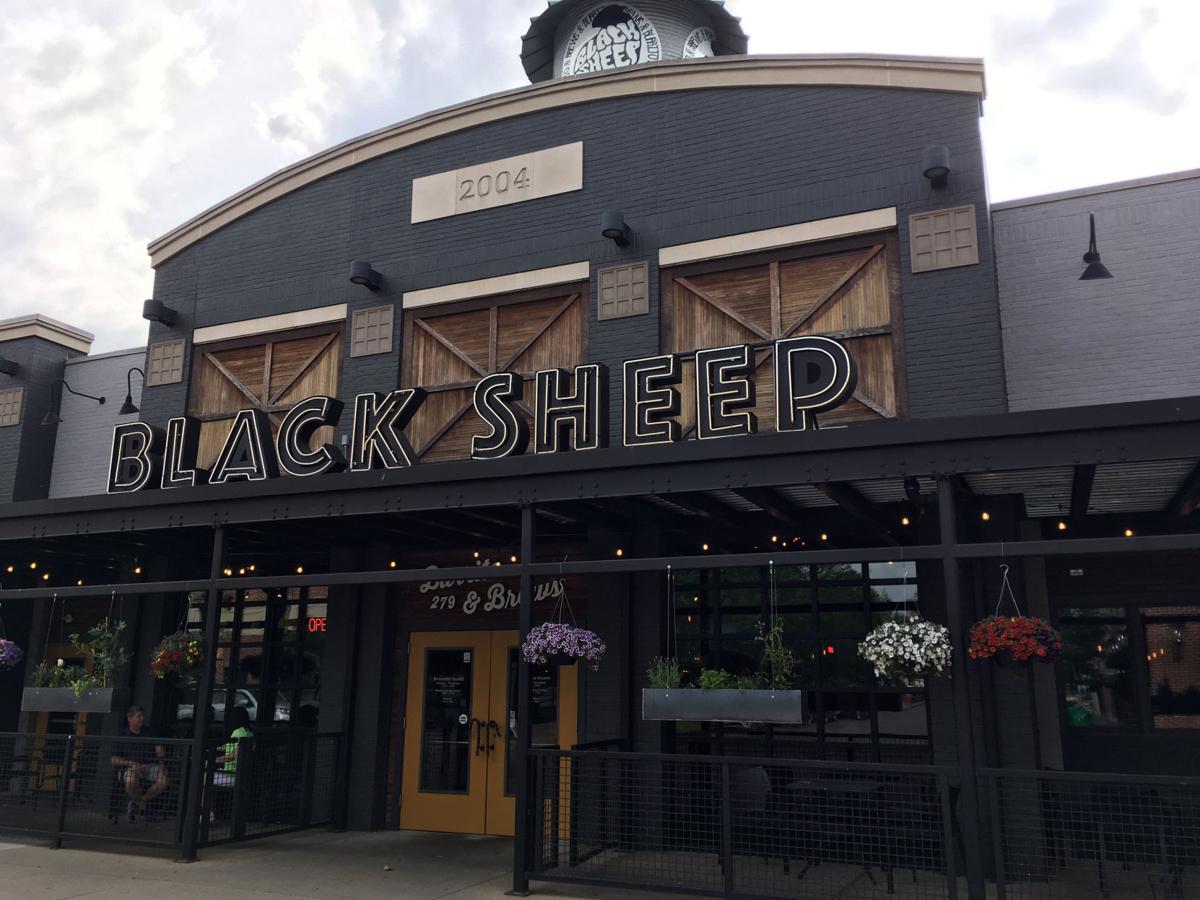 Black Sheep Burritos & Brews moved to Pullman Square in the winter of 2017. 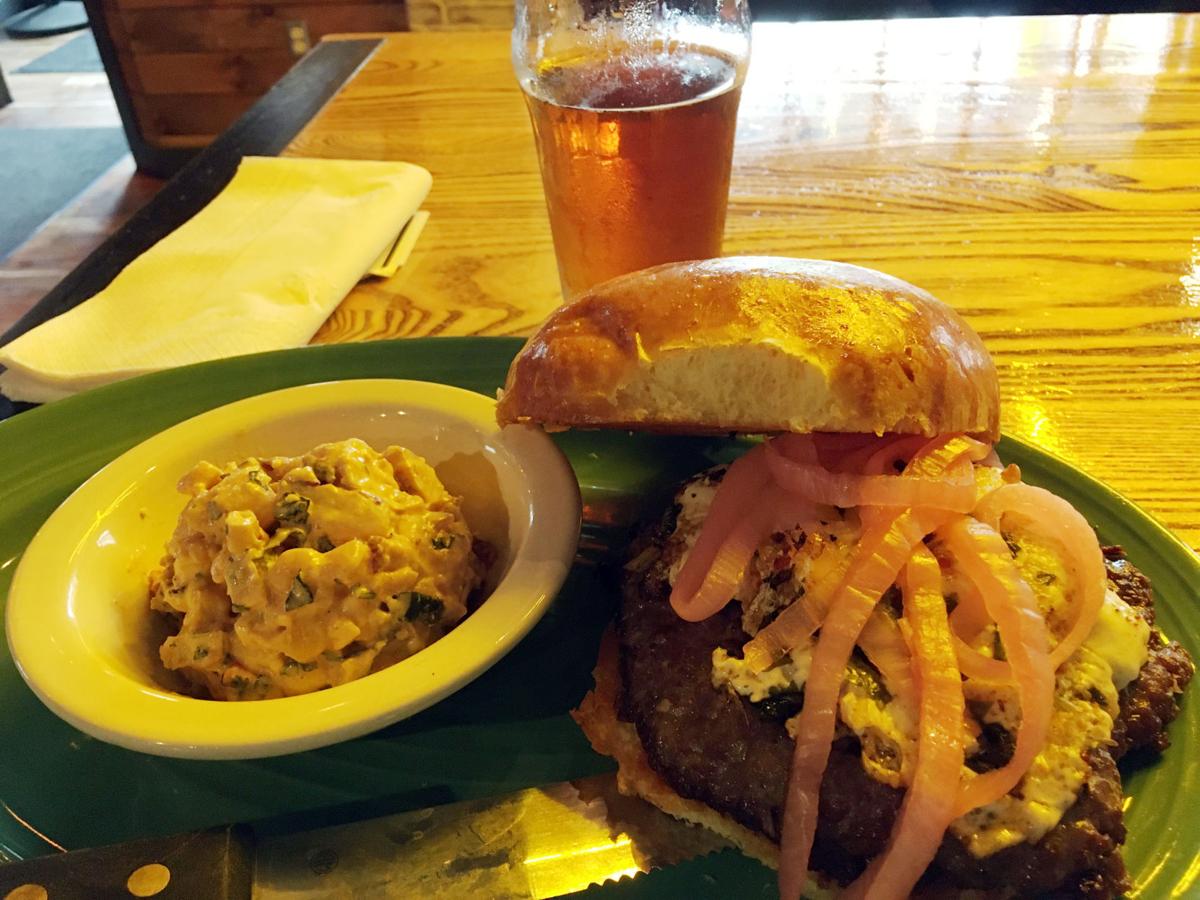 An Argentine Smasher and Street Corn Potato Salad are new to the menu of Black Sheep Burritos & Brews at Pullman Square in Huntington.

Black Sheep Burritos & Brews moved to Pullman Square in the winter of 2017.

An Argentine Smasher and Street Corn Potato Salad are new to the menu of Black Sheep Burritos & Brews at Pullman Square in Huntington.

HUNTINGTON — Black Sheep Burritos & Brews first opened its doors in 2011 at Hal Greer Boulevard and 3rd Avenue across from Marshall University. The restaurant’s eclectic atmosphere and unique fusion menu made it a rapid success with students and foodies alike.

In 2014, co-owners Patrick Guthrie and Jessica Bright took over the Charleston Brewing Company and began brewing their own beer under the label Bad Shepherd Beer Company in 2017. The original Black Sheep would move to a bigger, better location at Pullman Square in the winter of 2017.

As things return to “normal-ish” in a post-vaccine world, the Black Sheep is treating diners with a revised menu and live entertainment.

“What we have is basically Appalachian/Asian/Mexican-fusion cuisine. Our executive chef Jeremiah Bowen has been here since day one with Patrick and Jessica to create the menu. The owners are pretty hands-on in putting everything together,” said Ashley Strosnider, assistant manager at Black Sheep in Huntington. “Some of the newest additions are our new burgers we have called Ribeye Smashers. We have a Simple Smasher, which is our spin on an American cheeseburger which has a cilantro dijon sauce. We also have a Memphis Smasher with house-made barbecue sauce and sweet slaw and a Asian Smasher, which has house-made kimchi.”

The restaurant is famous for their spins on burritos and tacos. Burritos include the General Tso ($11.50) with fried chicken or tofu with a house-made General Tso sauce, seasoned rice, Edamame puree, house-made pickles and house wontons. There’s also a Seared Tuna ($12) burrito with wasabi-cashew seared tuna, a chili-mirin reduction, spring mix, fried wonton, Sesame-Ginger aioli, carrot daikon-relish and green onion. The menu has a wide assortment of tacos, and customers can enjoy a platter of 3 tacos for $12.50. Varieties include Chicken, Steak, Asparagus and Thai Shrimp.

There is a special Sunday Brunch menu that includes several takes on Chicken & Waffles such as the Blanch Devereaux which has fried boneless chicken breast, spiced peaches, honey butter and candied pecans. There’s also a spin on biscuits and gravy called The Cee-Bee-Gee, which has honey-nut breaded chicken tenders, house-made sausage gravy and a side of fried potatoes. You can also enjoy Breakfast Quesadillas like the Marinated Portabella with scrambled egg, cilantro dijon and jack cheese.

“We also have our house beers from the Bad Shepherd Beer Company, which you can now find all over the state. We have 20 beers on tap at the Black Sheep Huntington, and 12 are reserved for Bad Shepard Beers. We have some new ones that I’ve tried that are amazing. The Loud, which is our IPA, is our top seller. They just put on Sour Ya’ Brother, which is an IPA Sour with passion fruit and pineapple. The Shot Collar, which is a Beligan Amber Ale, is also one of our top sellers,” Strosnider said. “We are starting to do concerts again. We have a monthly comedy show on the last Wednesday of every month. We have also started our Black Sheep Stage on Friday nights. This Friday we have a band called Unmanned. It’s all ages with no cover charge. We have live music booked every Friday. They start at 9 p.m. and go until 11 p.m.”

Black Sheep Burritos & Brews is located at Pullman Square at 279 9th St., in Huntington. It is open from 11 a.m. until 9 p.m. Monday through Thursday, 11 a.m. until 10 p.m. Friday and Saturday and 11 a.m. until 3 p.m. Sunday brunch. Cash and all major credit cards are accepted. For specials and upcoming events, visit https://www.facebook.com/blacksheepwv/ and for a full menu visit http://www.blacksheepwv.com. For carryout or more information, call 304-523-1555.