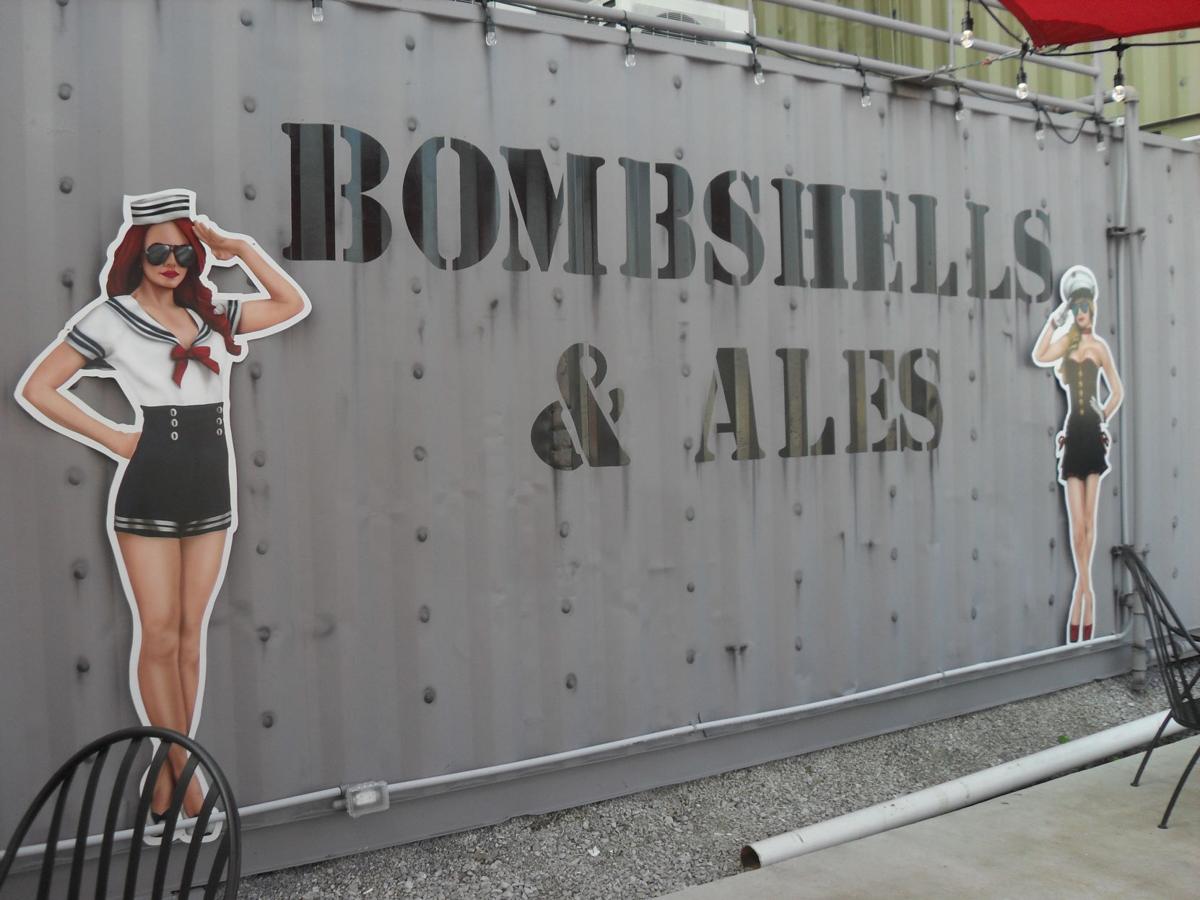 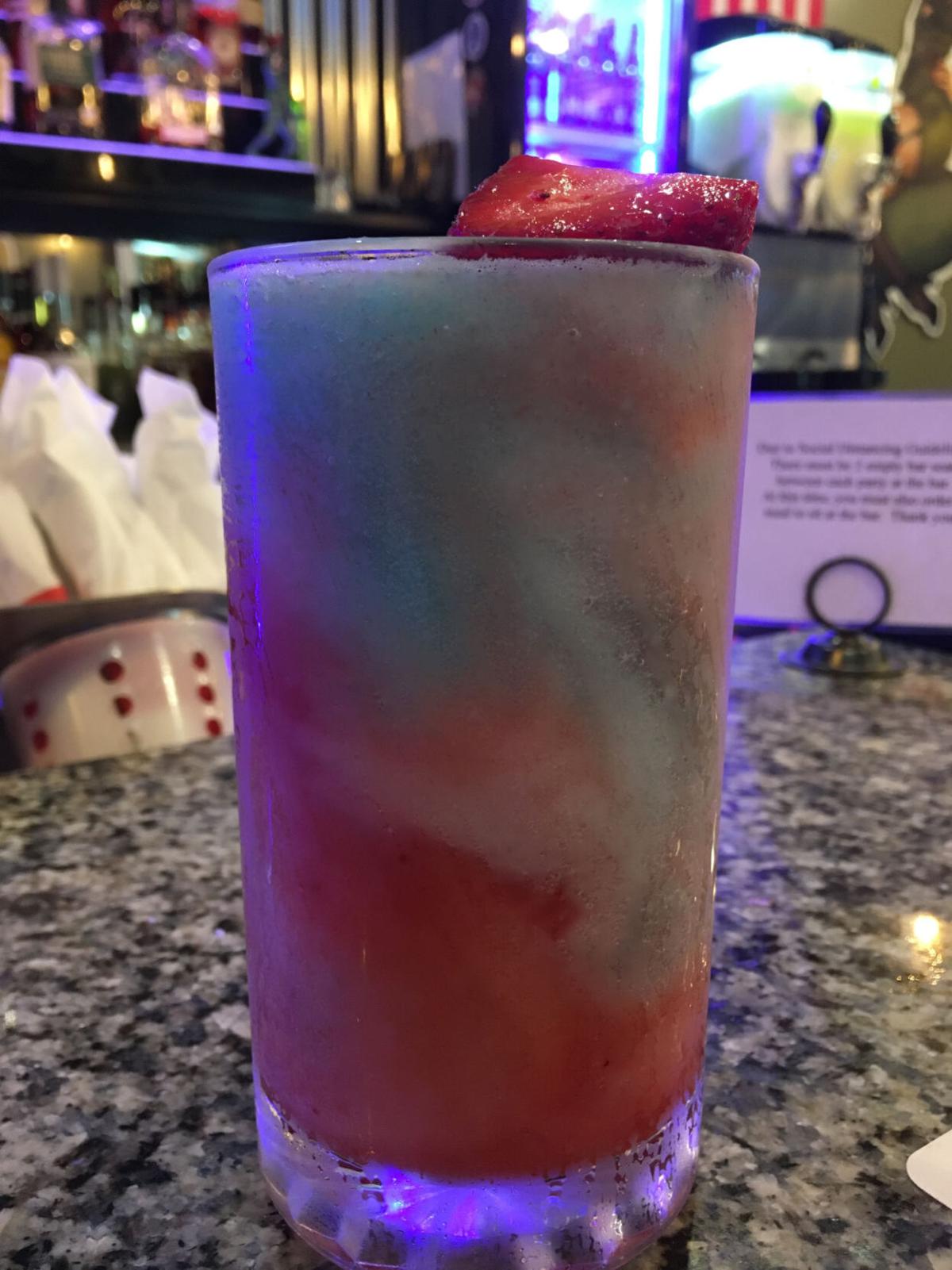 Paul Sebert/For The Herald-Dispatch The red, white and blue Betsy Ross cocktail is on the menu at Bombshells and Ales, 739 Carter Ave., in Ashland. 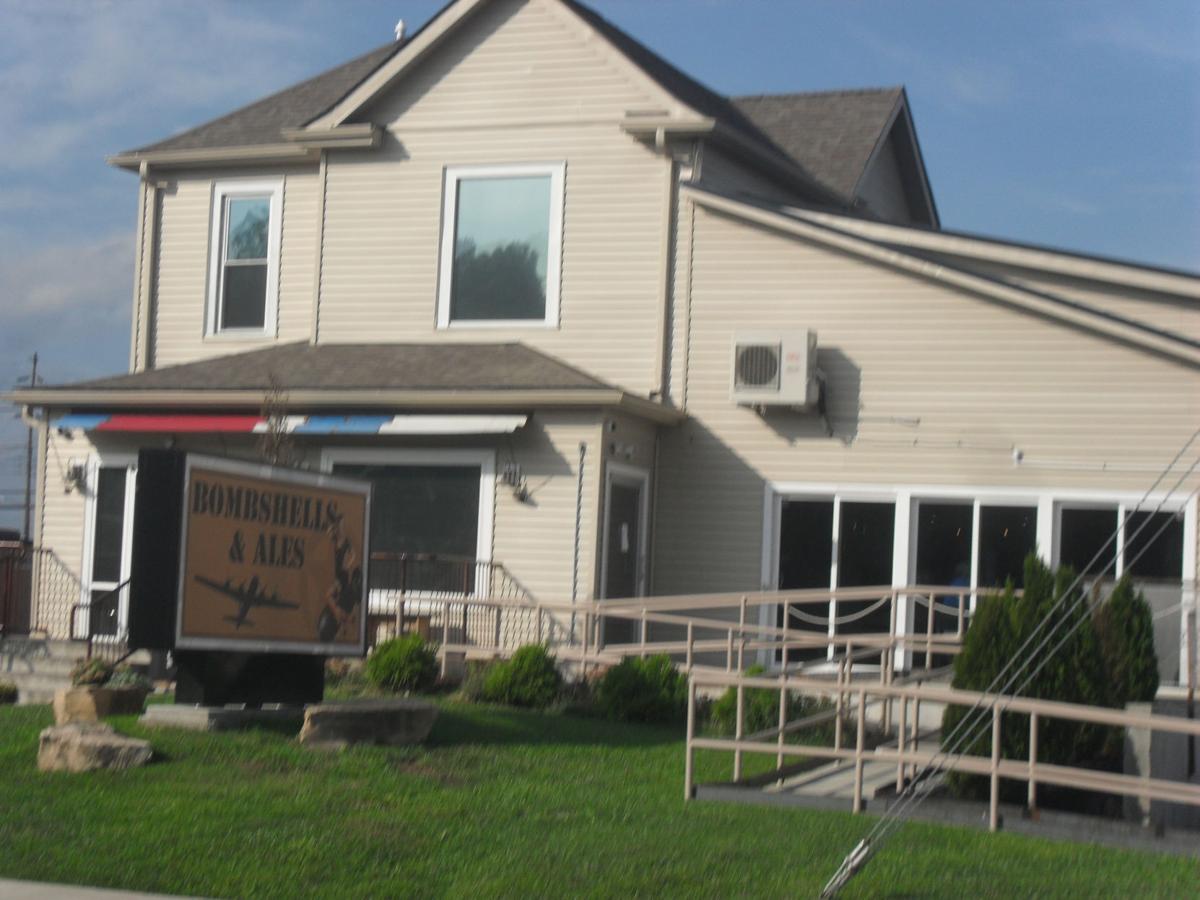 Paul Sebert/For The Herald-Dispatch Bombshells and Ales is located at 739 Carter Ave., in Ashland

Paul Sebert/For The Herald-Dispatch The red, white and blue Betsy Ross cocktail is on the menu at Bombshells and Ales, 739 Carter Ave., in Ashland.

Paul Sebert/For The Herald-Dispatch Bombshells and Ales is located at 739 Carter Ave., in Ashland

The restaurant retains the menu of the original and adds a full-service bar. Both restaurants pay tribute to the armed forces with World War II-inspired pin-up art and a collection of military memorabilia. The new restaurant is located in the former home of the Wild Horses Cafe in Ashland near the Ashland Town Center.

“We decided to change the name for the Ashland location because we wanted to highlight that we had a bar,” said owner William Bare. “We obviously couldn’t sell alcohol at our first location because it’s at a gun range. So even though they otherwise had similar menus, we decided to have different names.”

The Ashland location was purchased in March before everything shut down due to COVID-19.

“We felt we didn’t have enough of an established brand name to just do take-outs,” Bare said. “So we decided to do some remodeling and expansion.”

The restaurant had an official grand opening on the Fourth of July weekend.

“Before we moved in, this was a Tex-Mex style restaurant with a Southwest decor. Being a military veteran, I wanted to continue the military tribute theme we had at the Huntington restaurant. I served in the Air Force for four years and two years in the Army. Some of the military memorabilia was donated, and some we found online,” Bare said.

“We put up a tribute to Ernie West, who is a local Medal of Honor recipient. The previous owner of this house was a Navy veteran, so we set up a picture of him as well. With part of the building being made out of Conex boxes, we decided to make it look like military cargo.”

Barbecue lovers can enjoy a Pulled Pork ($7) or Brisket ($8) sandwich. There’s also ribs available by the half rack ($12) or the full rack ($20). The restaurant has a variety of burgers made with certified angus beef. These include the The Liberty ($7), which comes topped with American cheese, bacon and a fried egg. The menu also includes pizza served in 8-inch medium and 12-inch large sizes. Among these are the Mac ‘N’ Cheese Pulled Pork Pizza ($10-$15) and the Chicken Bacon Ranch Pizza ($10-$15).

“It’s mostly the same menu. We have expanded on our dessert menu, and we have a dessert room where we will be selling soft serve ice cream and milkshakes out of later. We kept two items from the Wild Horses Cafe, which are the Fish Tacos and the Peanut Butter and Jelly Wings,” Bare said.

“Our Bombwiches, which are sandwiches served on pizza dough, are among our most popular sandwiches. We travel around a lot looking for new recipes and new ideas. We came across a pimento cheese, bacon and jalapeno burger while traveling and brought that back here.”

The restaurant also has a full-service bar that includes a variety of fine Kentucky bourbons, frozen drinks including the red, white and blue Betsy Ross cocktail, and a selection of craft beers from Kentucky and Ohio.

Cash and all major credit cards are accepted. For carry-out orders or more information, call 606-393-1759.