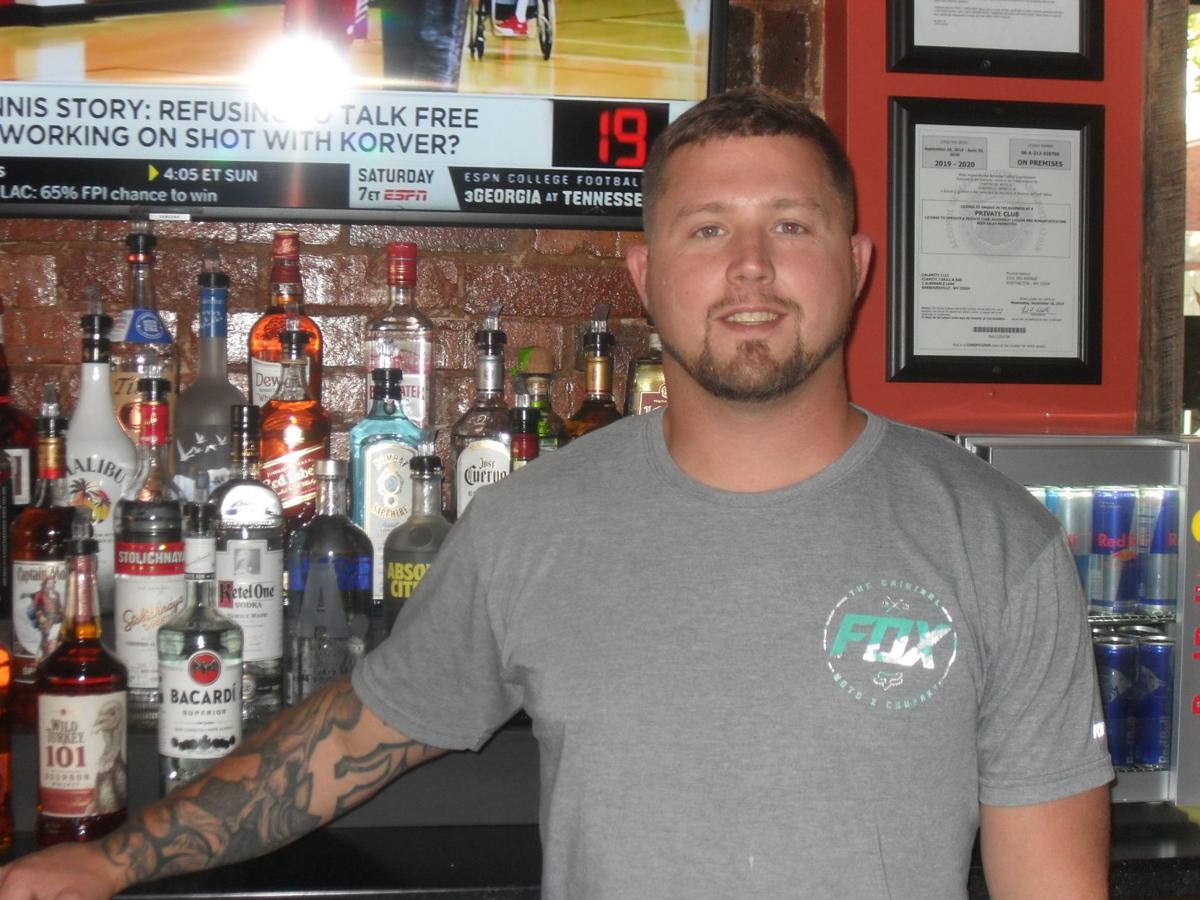 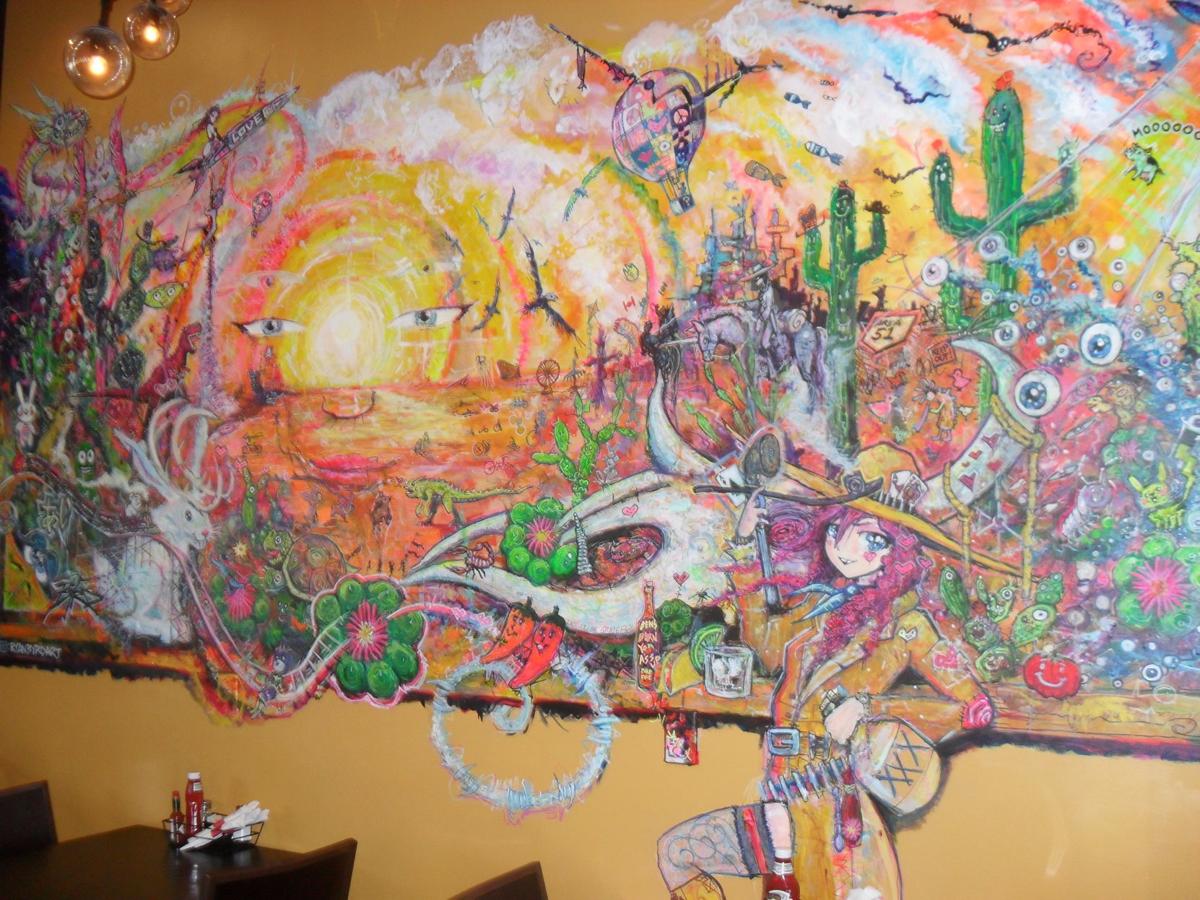 HUNTINGTON — The address 1555 3rd Ave. has been home to a number of restaurants over the years, including the Java Joint, the original Black Sheep location and, more recently Honey Bones. The newest restaurant, however, may seem familiar to longtime residents. The bar and grill Calamity J is named in homage to Calamity Cafe, which was open from 1992 until 2005.

The restaurant is owned by Clint Artrip, the founder of Fat Patty’s. In addition to the restaurant and full-service bar on the ground floor, Calamity also has a wine bar plus space for private parties upstairs. Calamity J had a soft opening on Sept. 28, with a grand opening on Oct. 5.

“The Calamity Cafe was one of our favorite spots back in the day. It had a big following in that era, and it was one of Clint’s favorite places to hang out. It was just a cool place to hang out,” said Ben Johnson, general manager of Calamity J. “So when the location became available, Clint thought it would be great to do a spin on the old Calamity.”

In 2018, Artrip sold the four Fat Patty’s locations to a Florida-based restaurant company.

“He’s a guy who likes to stay busy and likes to work. I think taking a year off is one of the hardest things he’s ever done,” Johnson said. “So we got in touch with the old owners of the Calamity Cafe, and they gave us their blessings. We asked for some of the original recipes, and they had a few that they remembered. We also found some of the guys who worked there back in the day and had some other recipes as well as those we created ourselves.”

Customers can start off their meal with a cup ($3.99) or bowl ($6.99) of Cheese Soup or Black Bean Chili. The appetizer menu also includes Hot Pepper Cheese Bites ($8.99), Fried Green Tomatoes ($5.99) and Chicken Wings ($7.49). The menu includes Tex Mex fare such as the StageCoach Burrito ($8.99) served with your choice of meat, pico de gallo, lettuce, tomato and a lime creme fraiche. The menu also features a variety of sandwiches including the Sunset Fajita Sub ($7.29), the Junction City Steak Sandwich ($7.99) and a mushroom sandwich called Feed Your Head ($6.99).

“We brought back the Jalapeno Shrimp Pasta and the Earth Goddess Penne Pasta, which were staples of the old Calamity Cafe. The old Calamity had a Santa Fe Chicken Sandwich, so we did a Santa Fe Chicken Dinner,” Johnson said. “We have burritos, tacos and wings with all different kinds of sauces. One of our most popular sandwiches is the Crazy Jane Chicken Sandwich, which is a new creation. It has blackened chicken breast with bacon, jalapenos, pepperjack cheese, lettuce, fried green tomato, barbecue sauce and sriracha aioli. It’s one of the best chicken sandwiches I’ve ever had.”

Johnson said he hopes that people will not just come not just for the food but also for the atmosphere. The restaurant offers a variety of murals and original art pieces.

“We had Ryan Byrd and J.P. Owens come in and paint some murals for us,” Johnson said. “One of the things the Calamity Cafe used to do back in the day is once a month they would have a local artist come in and hang paintings on the wall that were for sale. So we wanted to bring back the artsy feel to it. We wanted it to be hippie not hipster. The ‘90s were a great time for us and while you can’t totally recreate that time we wanted to bring a little of it back.”

Calamity J Grill and Bar is located at 1555 3rd Ave. on the corner of 3rd Avenue and Hal Greer Boulevard across the street from Marshall University. It is open from 11 a.m. until 1 a.m. Tuesday through Saturday. It is closed on Monday. Cash and all major credit cards are accepted. For more information or carry-out orders, call 304-529-8100. For specials and coming events visit https://www.facebook.com/calamityjgrillandbar/.