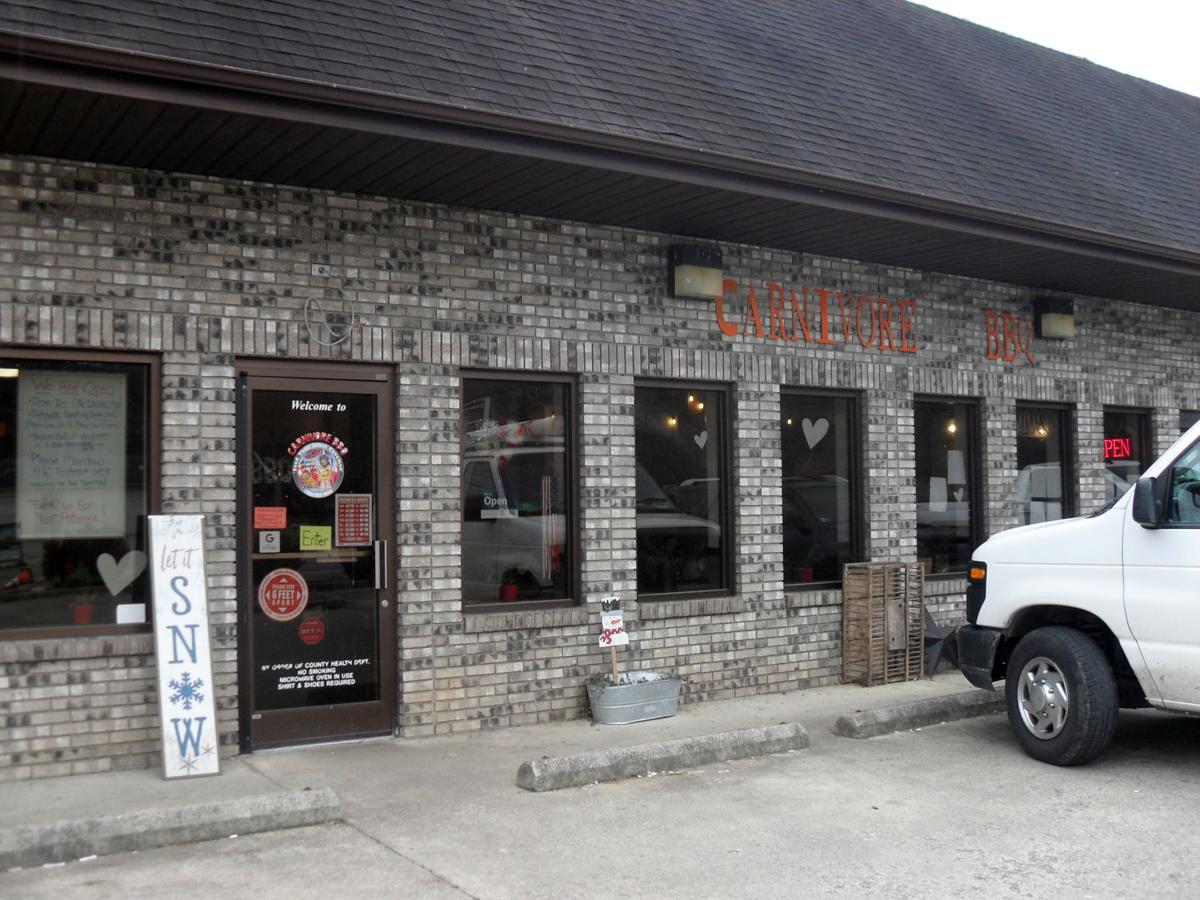 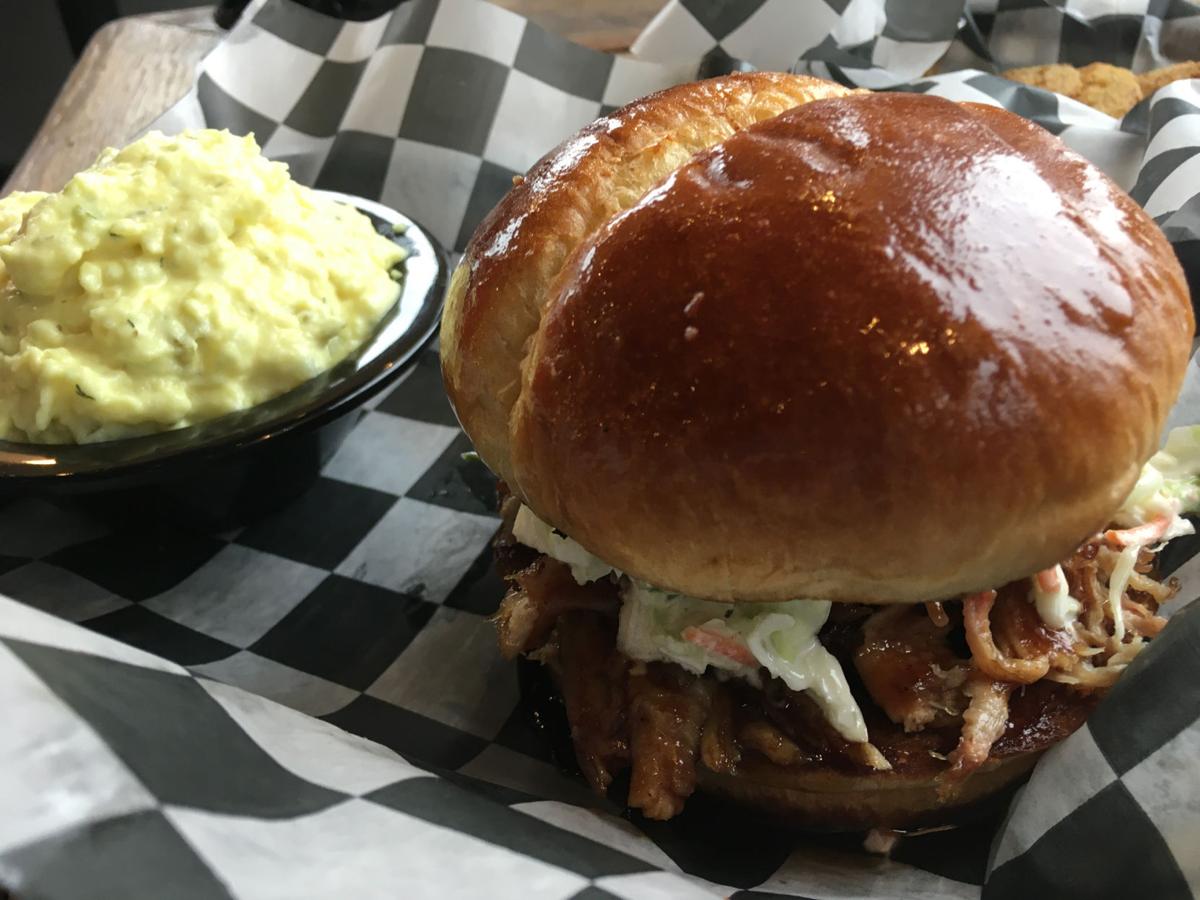 HAMLIN, W.Va. — Like the cavemen of old, Hamlin’s prehistoric-themed Carnivore BBQ has managed to survive multiple extinction level events. The restaurant celebrated its first year in Hamlin on Feb. 28. Much like the restaurant’s mascot caveman named Kenny, the restaurant is a survivor.

“We’re relatively new. We started in June 2017 as a competition barbecue team. You can see some retirements of our competition era as we have some awards along the wall,” said April Browning, Carnivore BBQ owner. “We started with two tents and a smoker. Things started to pick up in 2018 as we got requests for catering. We decided to purchase a food trailer. It continued to expand and grew. We started to do fairs and festivals in 2019. We weren’t planning on opening a restaurant, but it was kind of headed that way. I happened to head to this building, which used to be a Subway. I talked to a couple of workers who told me the gentleman who owned it was ready to sell.”

By the end of 2019, the building was purchased and renovations were underway. The restaurant opened Feb. 28, 2020.

“We were open for all of two weeks before the COVID crisis hit,” Browning said. “When we were starting we were still learning the ins and outs of the restaurant business. Just as we were getting the hang of it everything, suddenly everyone had to change how we looked at things.”

Browning said the restaurant had a strong following before it opened, which helped bring customers in.

“We’ve had a lot of good strong community support,” she said. “We saw a big decrease when people started working from home. ... So we had to be creative with what we offered and how we promoted ourselves because we are off in the middle of nowhere. We have been able to survive, and things have been picking up. Last week alone, we put out 1,400 bag lunches.”

Browning said the recent ice storm brought its own set of challenges.

“When the ice storm hit, we were fortunate enough to never lose power. Everything on the other side of us toward Huntington was out. We had workers who happened to see lights on, and we brought them in and fed them. We just tried to offer that support and help to those who were out in this situation, and there wasn’t even anywhere for them to step in from the cold for a few minutes,” she said. “We also did some work in conjunction with the fire department. We provided soups where they could take and heat for the people who went to the warming stations.”

“We try to do everything in-house even down to our seasonings. We put together all of our seasonings. All of our sauces are made in-house. Our corndogs are hand-dipped in a batter that is made here. We hand cut and hand-dip our onion rings,” Browning said.

Carnivore BBQ is located at 8515 Court Ave., in Hamlin. It is open from 11 a.m. until 8 p.m. Tuesday through Saturday and from noon until 6 p.m. on Sundays. It is currently closed on Mondays. Cash, credit and Apple Pay are all accepted. For specials, visit https://www.facebook.com/feedyourinnercaveman/.

HOURS: 11 a.m. until 8 p.m. Tuesday through Saturday and from noon until 6 p.m. on Sundays. It is currently closed on Mondays.